Some men are born creeps and some just behave like them, however, giving off creepy vibes can easily occur to anyone. The tiniest little detail can make a woman think you're creepy, and that can easily be avoided once you realize that the way you behave makes you unapproachable and scares people away.

Reddit user /rocketbot99 recently asked a very important question on r/AskReddit: "For men who used to be 'creepy' towards women and have since stopped, what was it that made you realize you were creepy that prompted you to change?". The replies were really eye-opening and I'm sure they also helped a lot of guys become "less creepy".

1. It took me recognizing that I was addicted to alcohol, tobacco, and sex...

...I had been aggressive toward women and objectifying them since I was a child. I think this happened because I was exposed to sex at such a young age. I thought all relationships were supposed to be how the movies and shows were, so I just emulated what I saw.

Once I got sober, I realized how much of a monster I was and took the necessary steps to really implement change in my life. Lots of therapy. Lots of crying. Self-reflection as to why I was emulating that specific behavior, and quitting my addictions. It’s been a journey, but I’m happy to say that I’ve been in a loving, committed relationship with proper boundaries for a year now. 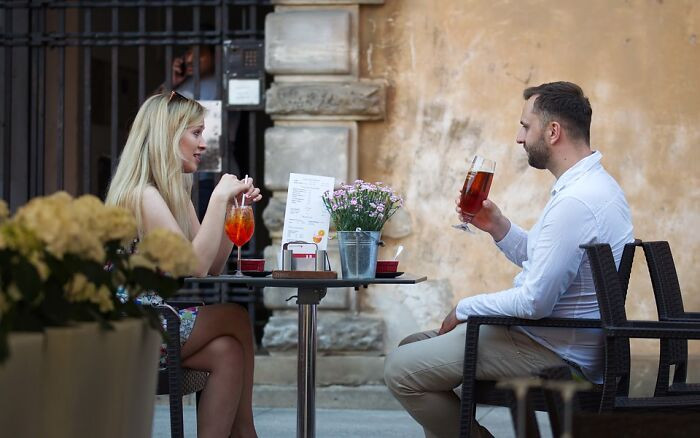 2. I wasn't being actively creepy, but:

I used to think cat-calling was just flirtatious compliments, and who doesn't like those, right? >.> I never cat-called anybody, largely because that's not my personality type.

But now I live by the motto: "Never say something to a stranger that you wouldn't want a big guy saying to you in prison." 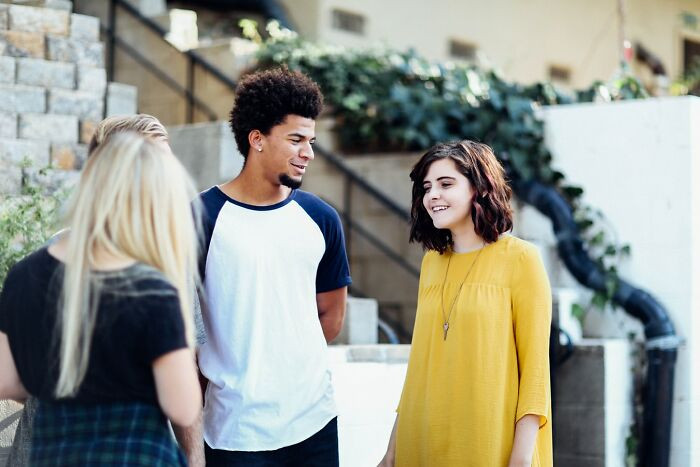 3. One of the most eye-opening adages that helped me immensely was:

Men are afraid women will reject them; women are afraid men will kill them.' That helped me to change my interactions in a way that was less likely to set off alarm bells in a woman’s mind. 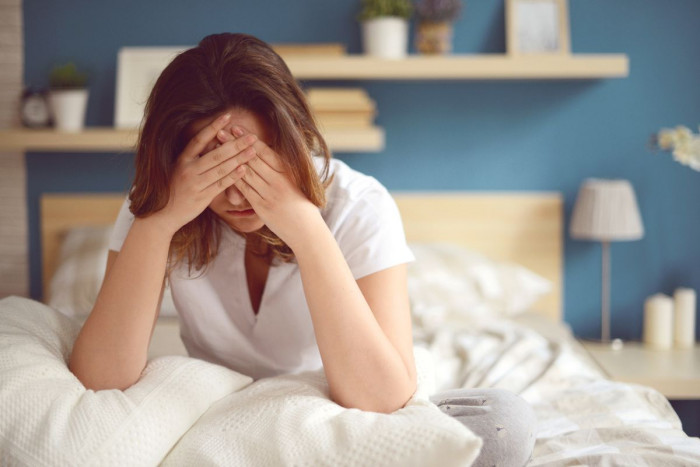 4. Hearing women complain about something and thinking, Oh s**t, I've done that. It seriously has helped me improve on a lot of things. 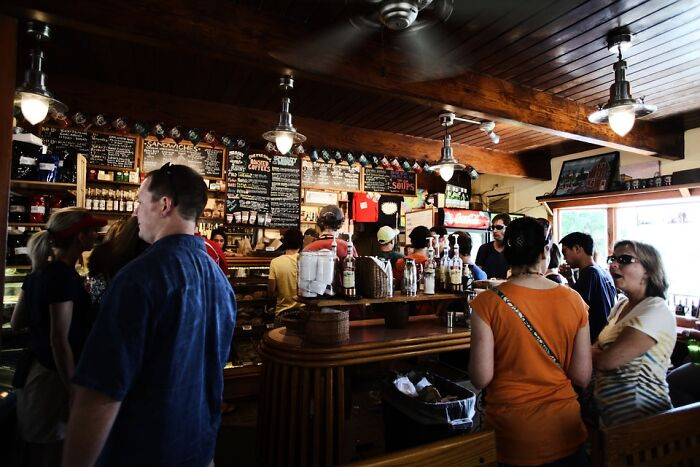 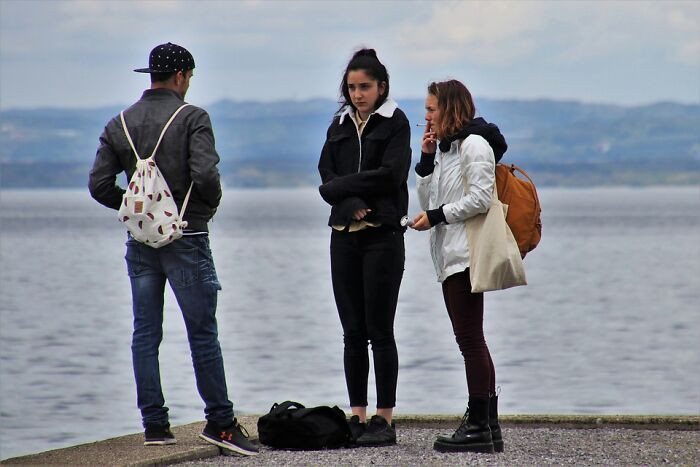 6. When I broke up with my first serious girlfriend, I was totally heartbroken...

I was so ashamed about my behavior. I realized in that message what I had become. It was absolutely her right, as it was mine, to end a relationship at any time for any reason, without being hounded and traumatized by the ex. I was evil and toxic 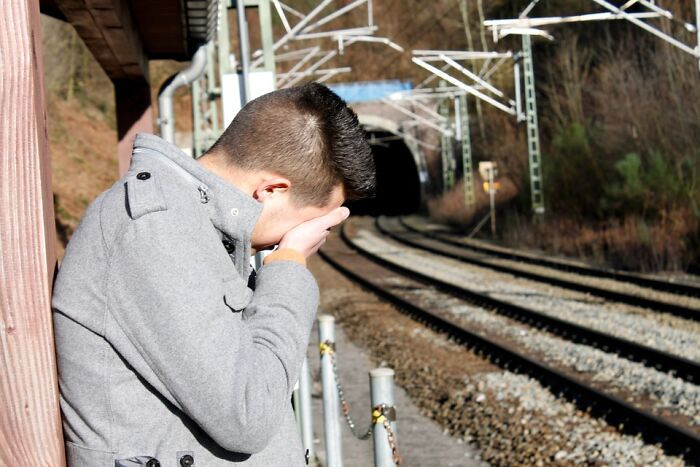 7. I had to explain to my 50 year old husband that young women do NOT find his interest a compliment 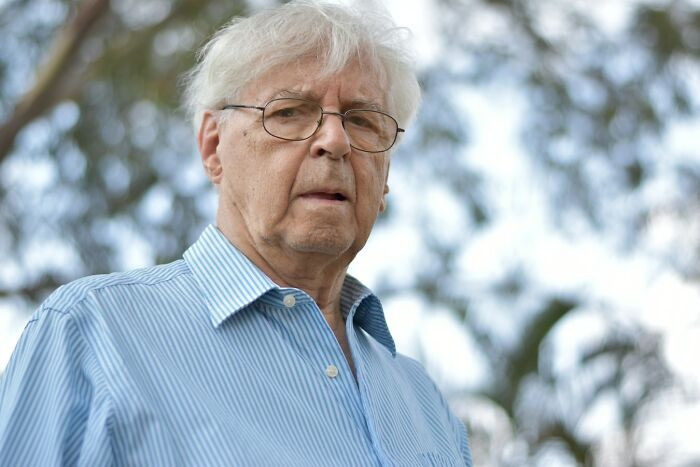 8. I was 18 working at Six Flags. We got a new coworker at the ride I was mainly at and I took a liking to her instantly.

I tried talking with her constantly and "cutely" blocked her path multiple times. This was all on her first day. The next she didn't show back up.

Thats when I realized I had harassed her, all she wanted to do is just work and get some extra cash and I added stupid stress to that.

I don't interact with coworkers like that anymore. Even if I think I could have a chance, I leave them alone on that level. 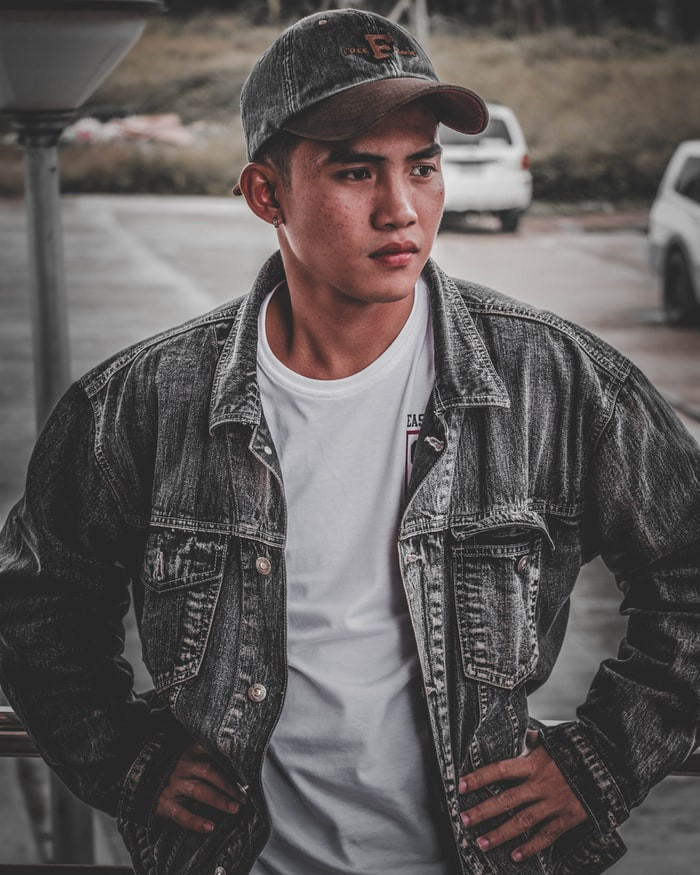 9. My brother used to catcall women ALL THE TIME until once when I was with him.

He was driving, I was the passenger, and he yelled out to a woman in another car about how hot she looked. I turned to him and said very casually yet matter-of-factly, “You know, women hate it when men talk to us like that. It’s not flattering, it’s objectifying and disrespectful.” He got quiet, his eyes glazed over, and I saw him taking in what I’d just said. It had simply never occurred to him that what he was doing could be seen as anything other than flattering. He never, ever did it again, and I saw him grow into an extremely respectful person over the next couple of years.

Sometimes all it takes is someone to make them aware. This is why women call on men to call out their guy friends for this type of behavior. Some men look at women as objects, and they don’t take us seriously. But, the same thing coming from your sister or one of their guy friends? Completely different reaction. 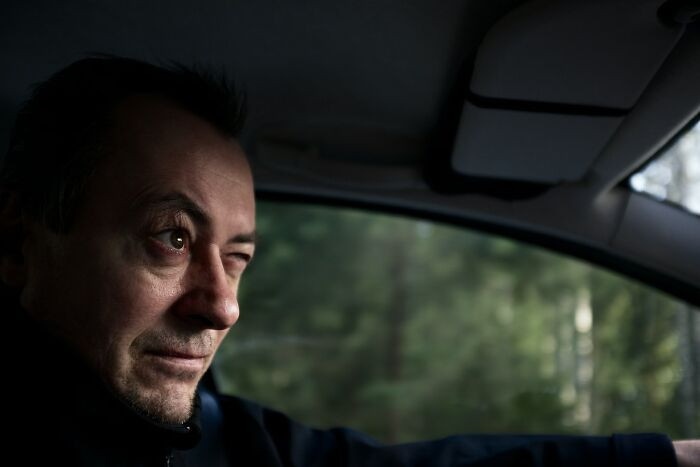 10. I realized that I wasn't a knight in shining armor, and they weren't princesses to be adored and saved.

Instead of trying to ingratiate myself with them, I stopped giving a f**k and just started casual conversations. If they gave curt responses and standoffish body language, I politely exited the conversation and moved on. 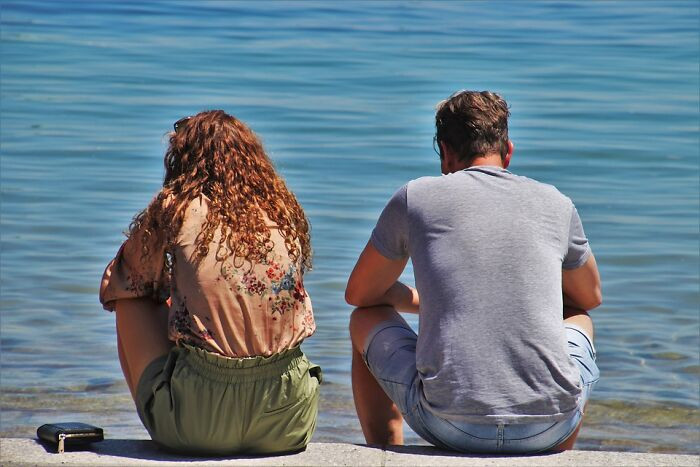 11. I used to do that smirk thing when talking to women...

I thought it projected confidence, but then someone I worked with told me I should watch the creeper vibe, so I had to take a hard look at my mannerisms. Man, that must have been scary and off-putting. I’m sorry I did that, everyone 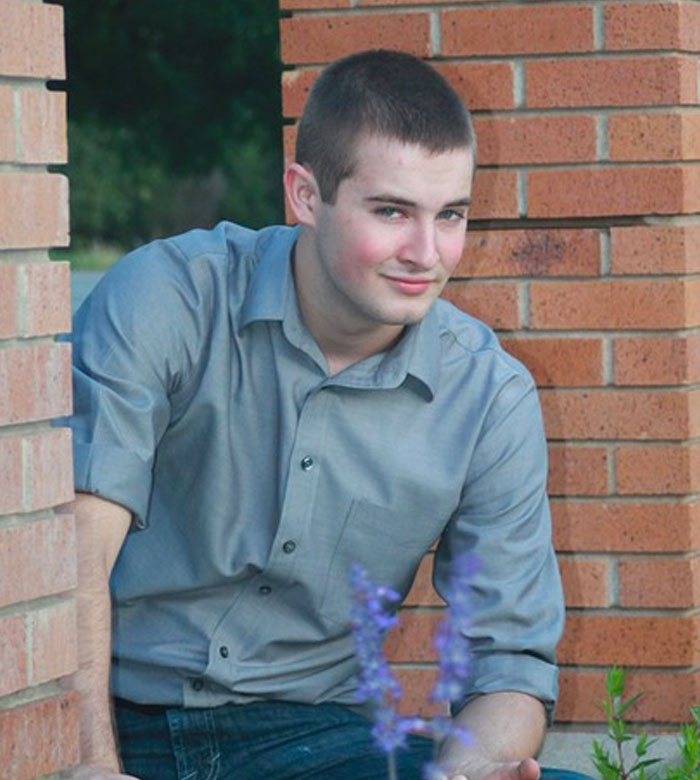 ... It was this dude that tried to confess to the girl he liked by going to her apartment and make her dinner with candles,flowers and all that s**t But then the girl came home and the first thing she said was " are you going to kill me" 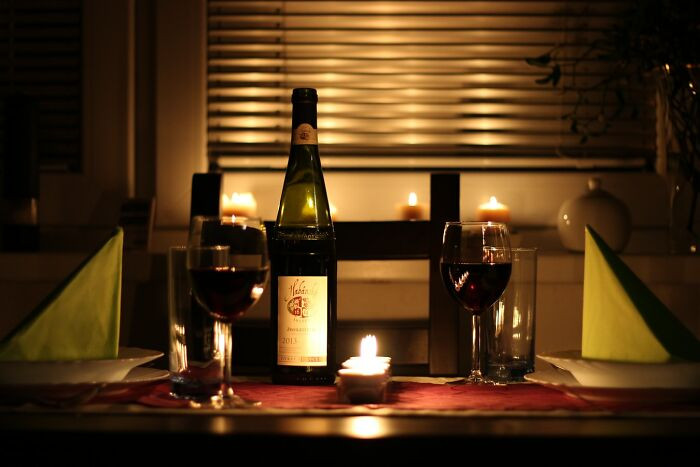 Learning that pickup artistry is a massive grift meant to gamify social interactions with women for men who are socially isolated. Every pickup-artist tactic is just weird, toxic emotional abuse. Not only does it not work, but if it DID work, it would be morally abhorrent to do it 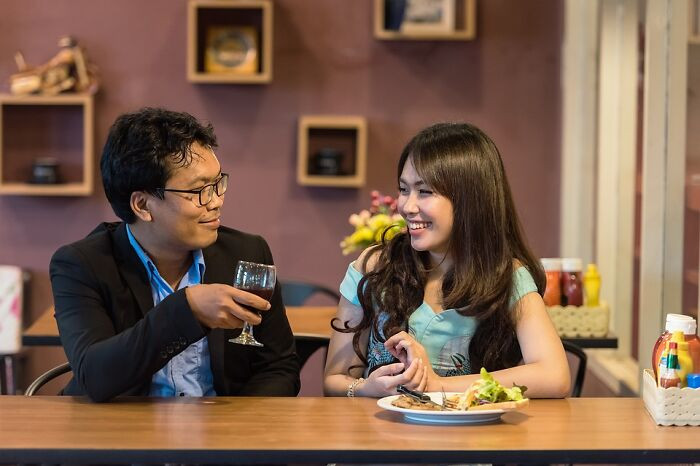 14. I went out drinking with a bunch of my fellow Marines...

We were all in our early to mid twenties and some of us were Very good looking (not me). At the end of the night only one of us had gotten any numbers and that one guy had gotten several. He was like 5'6" (167cm) and more or less looked like a 12 year old. Took me a while to figure out why this was the case.

When I realized that he was the only one of us that didn't look dangerous A Lot of things started making sense. 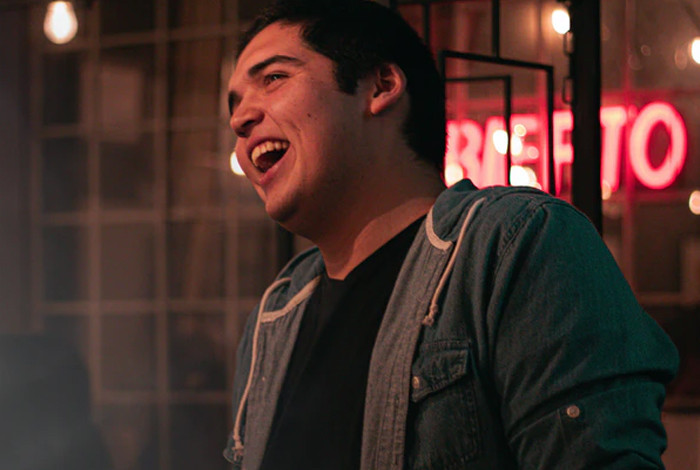 15. I figured out that my being gay doesn’t change things...

...I never made a point to be careful about not making women uncomfortable because I always knew that I had no sexual intentions toward them and that they didn’t need to worry about any advances or anything.

Of course, that didn’t mean they knew that; or if they did, it didn’t change the fact that I’m a man and there are appropriate ways to behave around people. 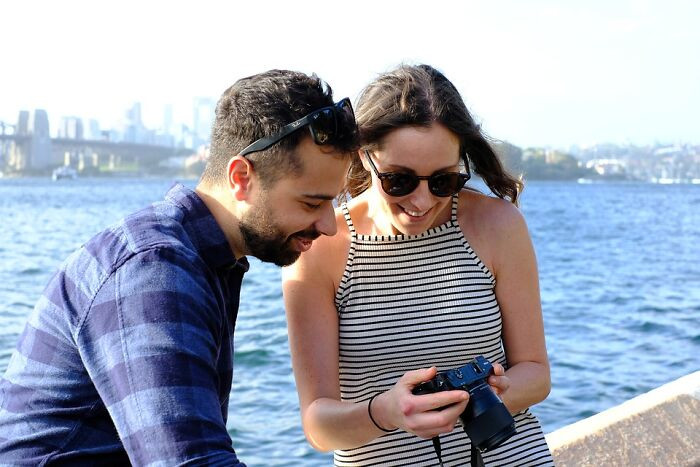 We were out at a bar and he walked up to a girl and brushed her hair with his hand. How he explains it, he started to say, 'You have beautiful hair,' then got punched in the face by the girl and kicked out of the bar.

We met him at the car after about 10 minutes of realizing he was gone — blood all over his face and just ashamed. I was with my wife and we were both confused as to why he would touch a stranger. He is now married and not a creeper. That was the night that opened his eyes to realizing that women are equals and not toys 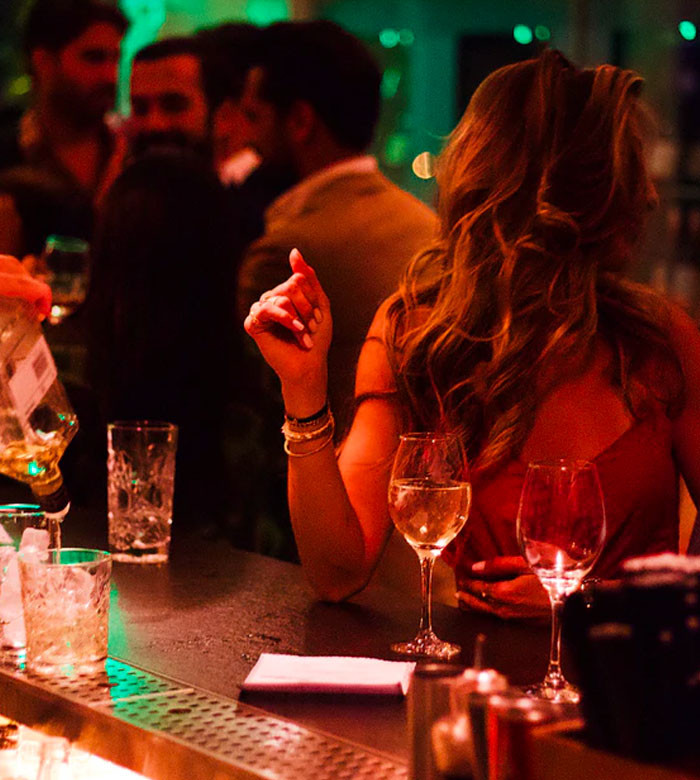