Employee Leaves Company Because The Management Gave Him A Lousy Raise And Bonus, And They Lose $300k In Business

We all had our share of bad jobs and awful managers. And we have all dreamed about getting even. But some of us did more than just dreaming – they actually got revenge for all the hardship they had to endure.

Long hours, unpaid work, unavailability to move up in the company… the reasons are plenty, and so are the methods of revenge.

One person recently shared how he got revenge on his former manager and company. Although he was doing an outstanding job (as the management said), they gave him even more work and a ridiculous raise and bonus. He left the company, which caused a loss of a $300k per year client. 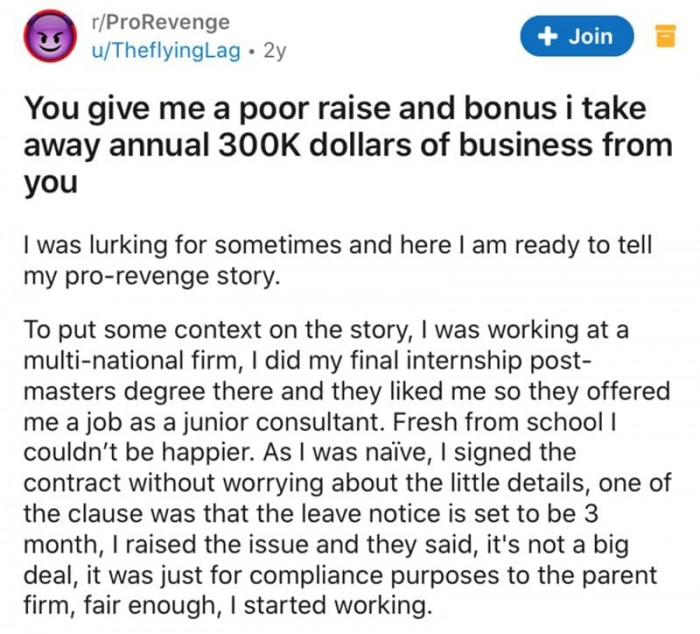 Not reading the contract is the most common rookie mistake. They are so happy about landing a job that they don’t care about technicalities. 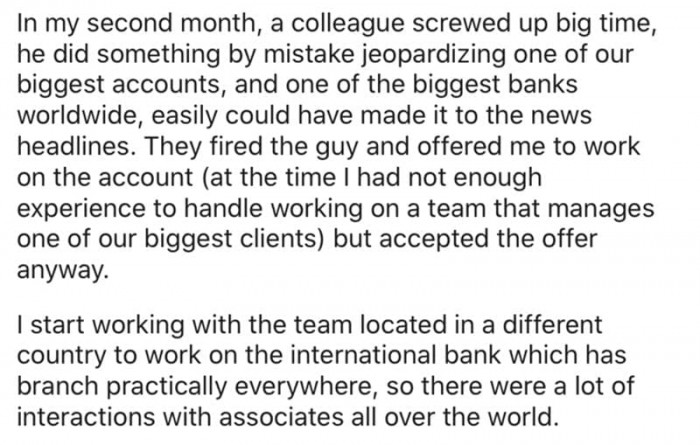 Fortunately, the OP leaped into the team manager role and did an outstanding job right from the start. 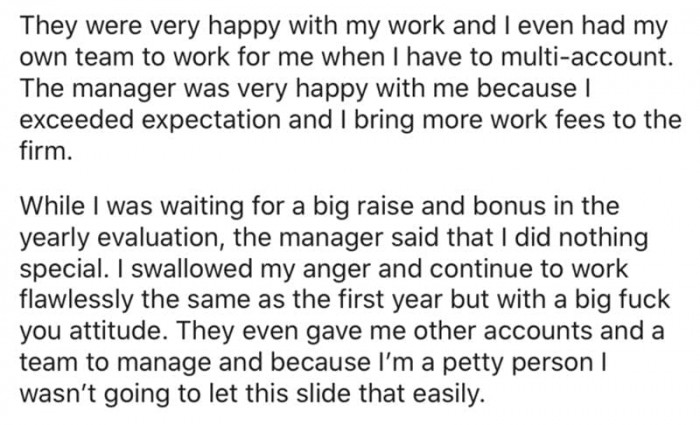 It’s obvious that the OP had every reason to be annoyed by the manager’s attitude. He didn’t get any recognition for his effort and even got more accounts and teams to handle. 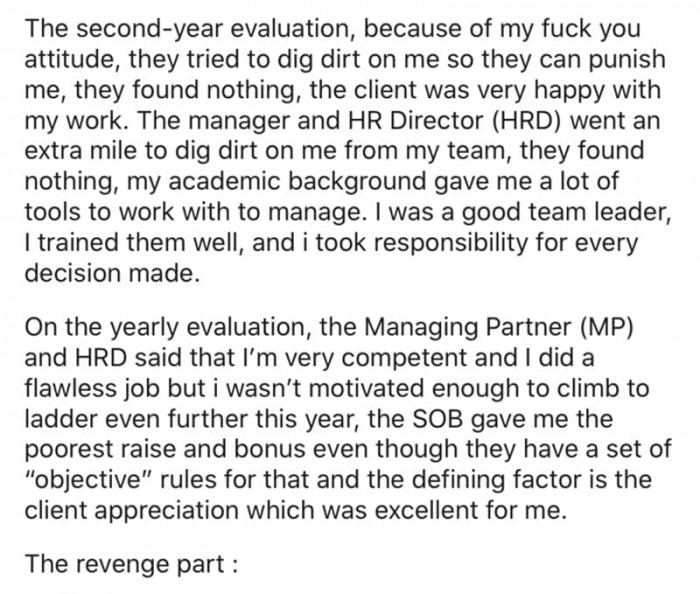 It’s awful that everyone tried to find something bad on the OP, but fortunately, there was nothing. All they did was provoke him to start plotting against them. 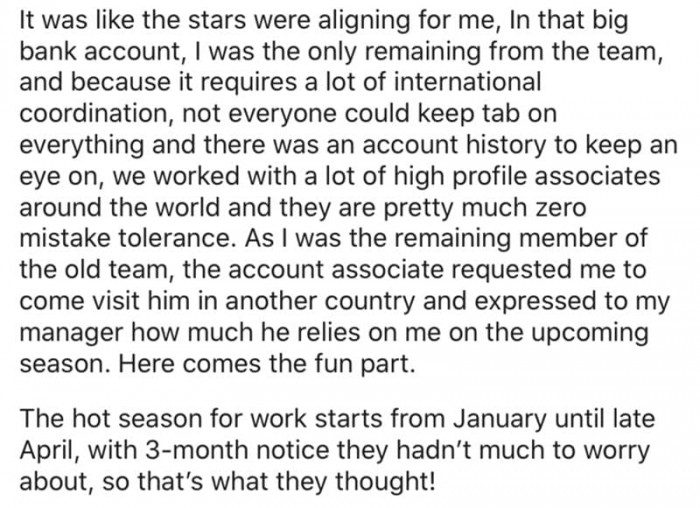 Obviously, the managers aren’t expecting anyone to quit during this busiest part of their work year. 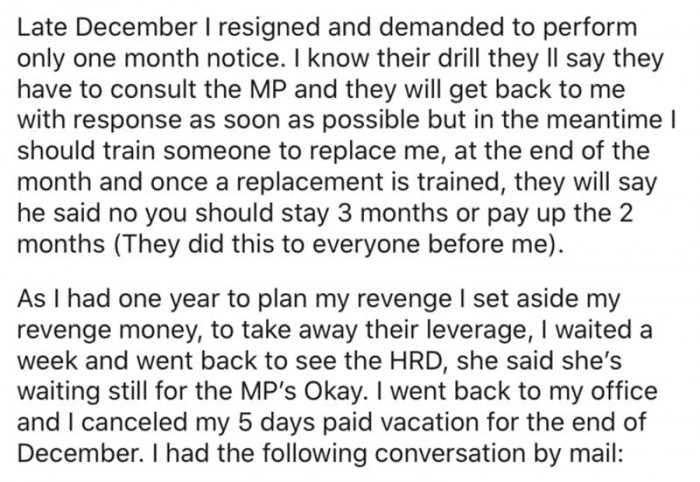 The OP is not playing around! 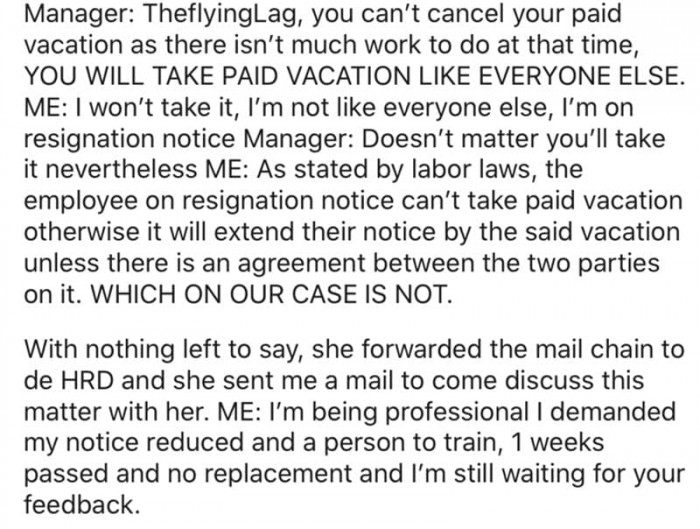 It’s imperative to know your local labor regulations. OP did his homework. 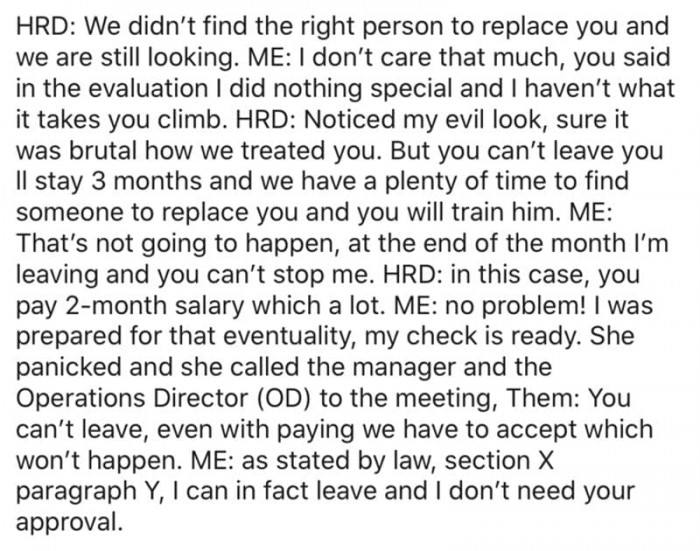 This time, the contract was well analyzed. 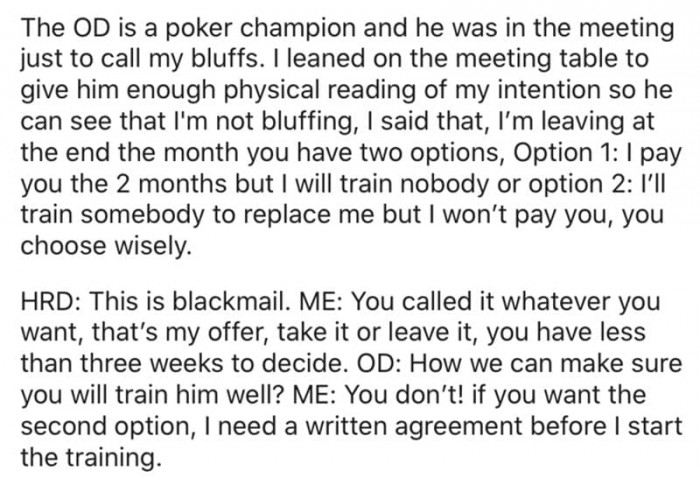