Remember the time Rudy Giuliani and Donald Trump's PR team mistook a suburban landscaping business for the Luxurious Four Seasons Hotel? That is a sentence I will be saying for a very, VERY long time.

After a VERY rough year, 2020 got a whole lot better when Joe Biden beat Donald Trump in the Presidential Election AND the Republican Party went on to mistake a small landscaping company's parking lot for the very upmarket Four Seasons Hotel in downtown Philadelphia. It was hilarious and it will never NOT be funny for me.

Thankfully, I am not the only person who finds this so funny. A parody Twitter account is now trolling Trump's campaign and the tweets are SERIOUSLY hilarious.

The account goes by @TotalSeasons if you'd like to check it out on Twitter, but we've got the best tweets for you to check out below!

Keep an eye out! 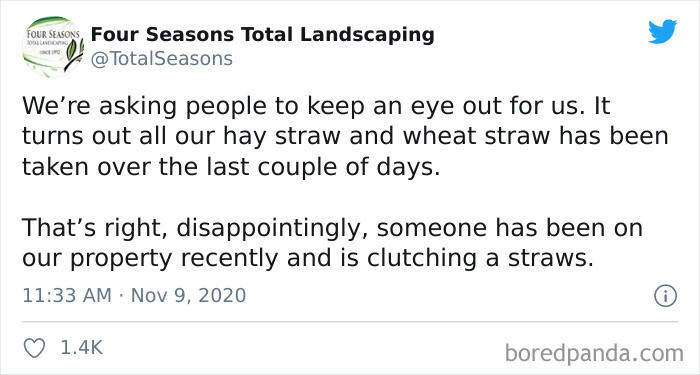 Dignity is left behind. Da FENCE secretary! Get it? Lol! 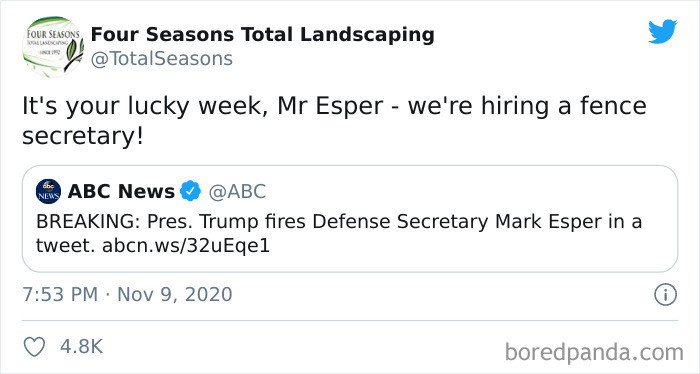 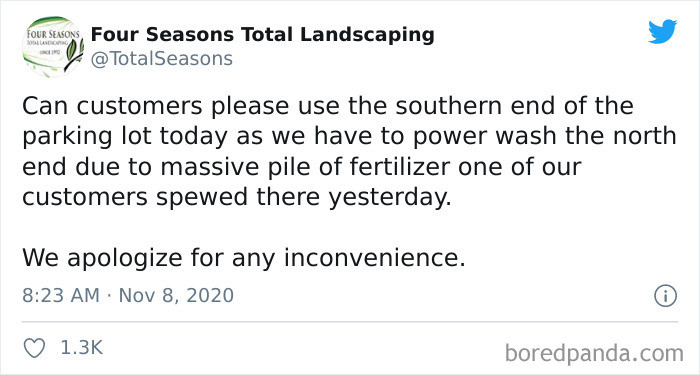 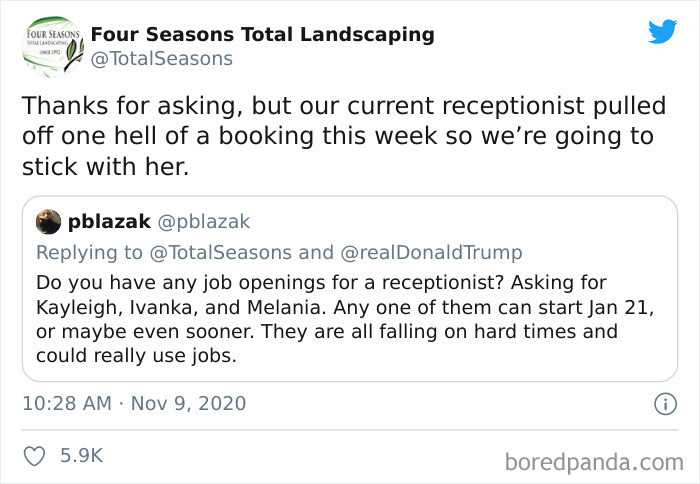 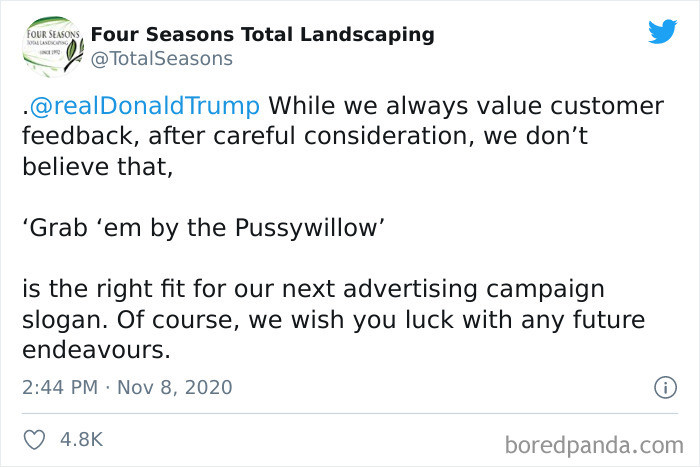 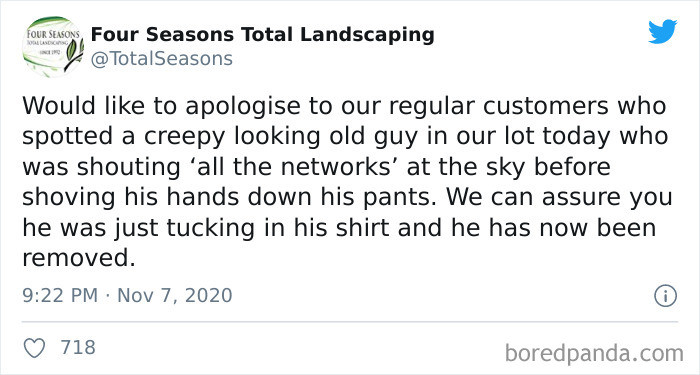 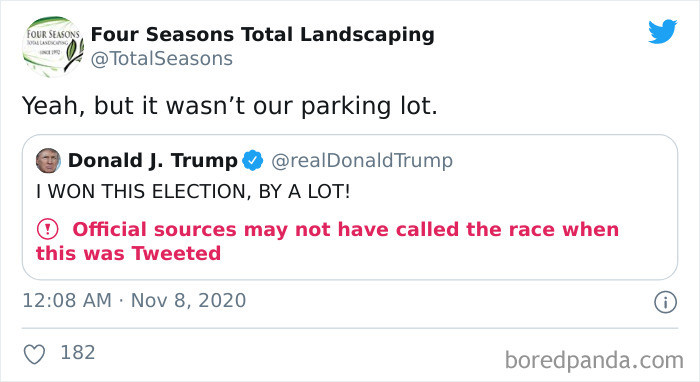 No water features, it's a shame. 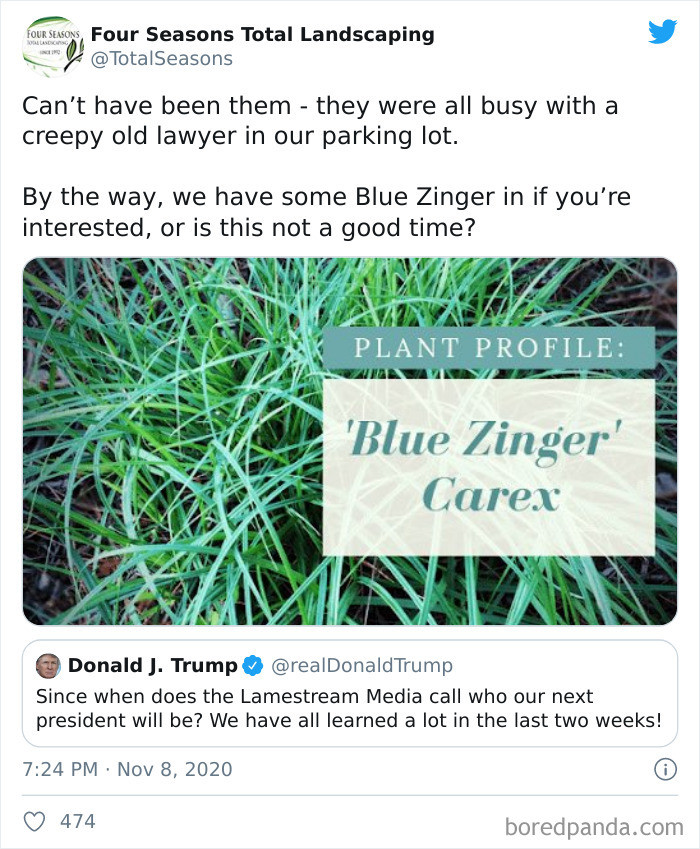 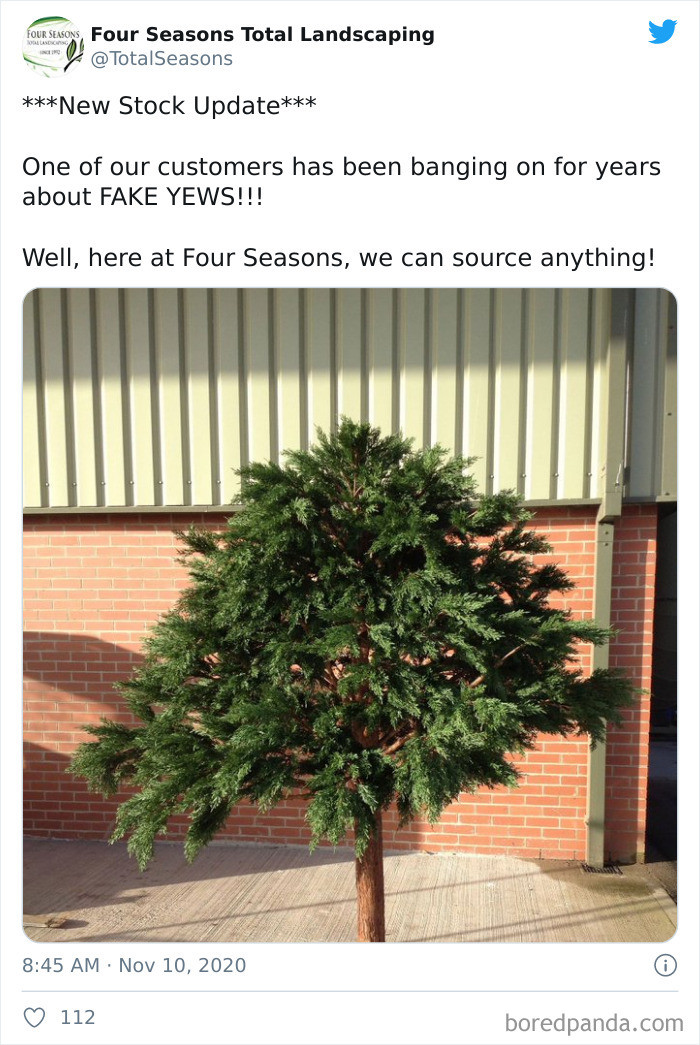 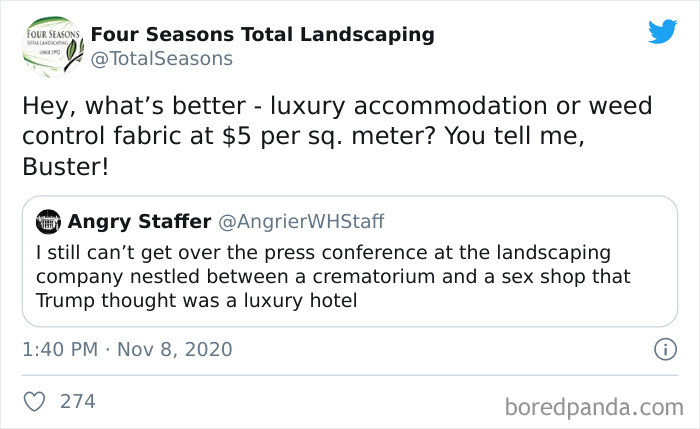 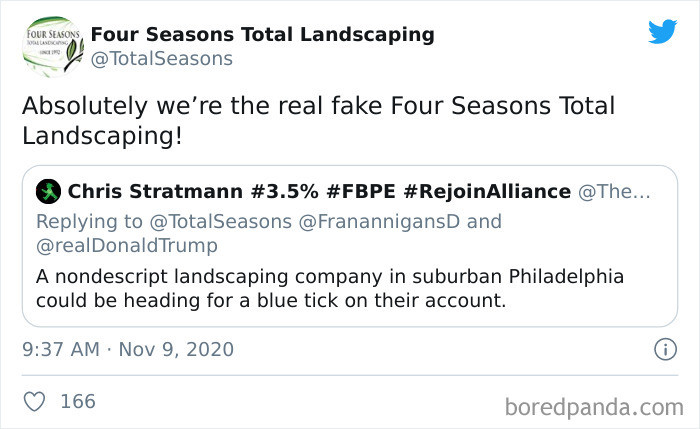 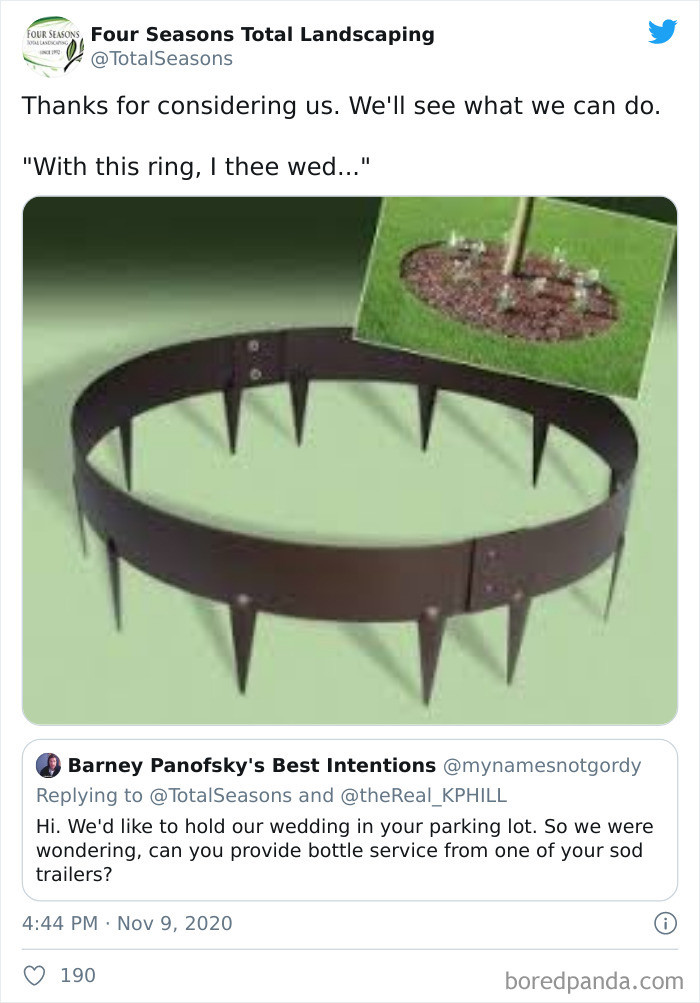