On a cold and rainy day in Turkey, Sabahattin Yılmaz was at home when something outside the window caught his attention. It was a pigeon, perched on the window ledge, drenched and shivering from the cold.

Yilmaz felt sorry for the poor bird, so he decided to get creative and think of an idea to help warm him up. He didn't want to frighten the pigeon by trying to grab it and bring it inside, so instead, Yilmaz brought the heat outside to him.

Yilmaz thought up the brilliant idea of using a hairdryer to dry-off and warm-up the bird. Luckily for us, a passerby saw the act of kindness and decided to capture it on film.

Of course, the video has gone viral, even ending up on the news. And it turns out Yilmaz is just as lovely as you'd expect! 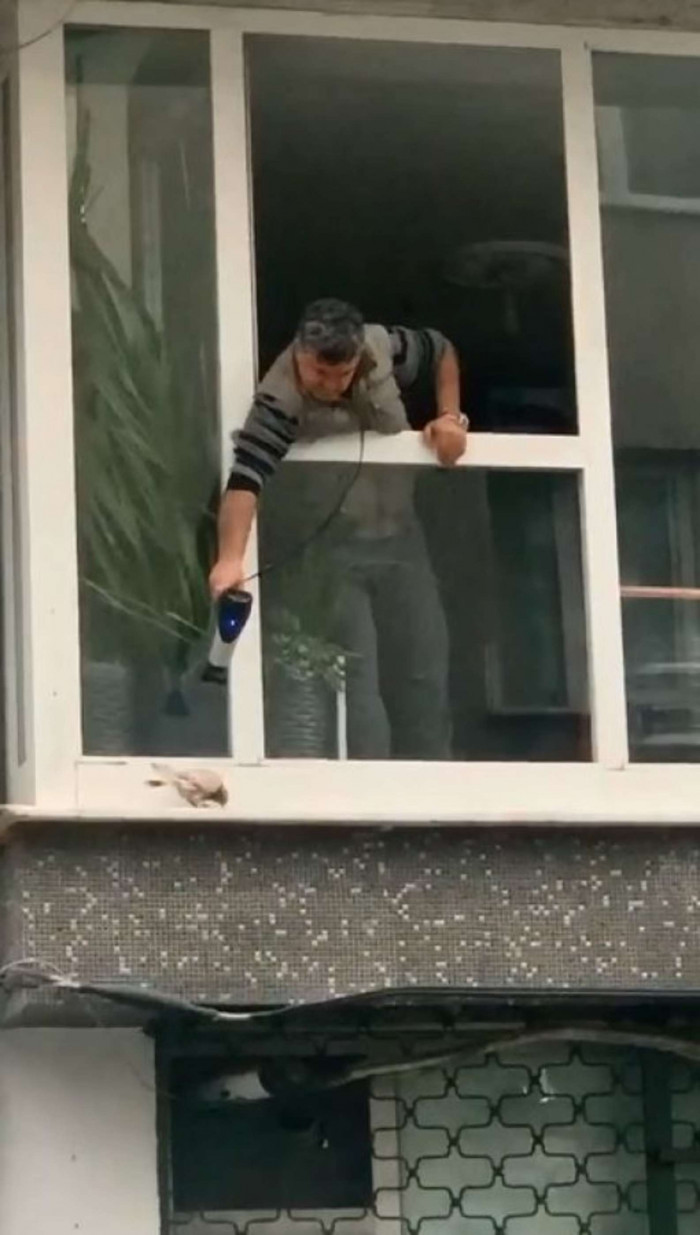 "The pigeon recovered after quite a bit of warming him up," Yılmaz said. "I also gave him bird food.

"I heated him again after 15 minutes. After the bird recovered well and ate his food, he flew away," Yilmaz explained.

Although some people may feel that one pigeon's life isn't all too important, Yilmaz feels differently. "He has a life too, that's why I did it," he said.