Alex Falcone, a writer, and comedian from L.A., added another accomplishment to his list. After writing a novel about a teen girl who dated a mummy that didn’t go so well with the critics (Publisher’s Weekly called it “unfortunate”), and a creating a podcast on the subject of movies (called Read It and Weep), he came so close to becoming an astronaut.

Well, if by close you mean “not a chance whatsoever in a million years after Hell freezes over.” But so detailed and funny rejection letter from a government institution is an accomplishment by itself. We can imagine how amusing his application was. 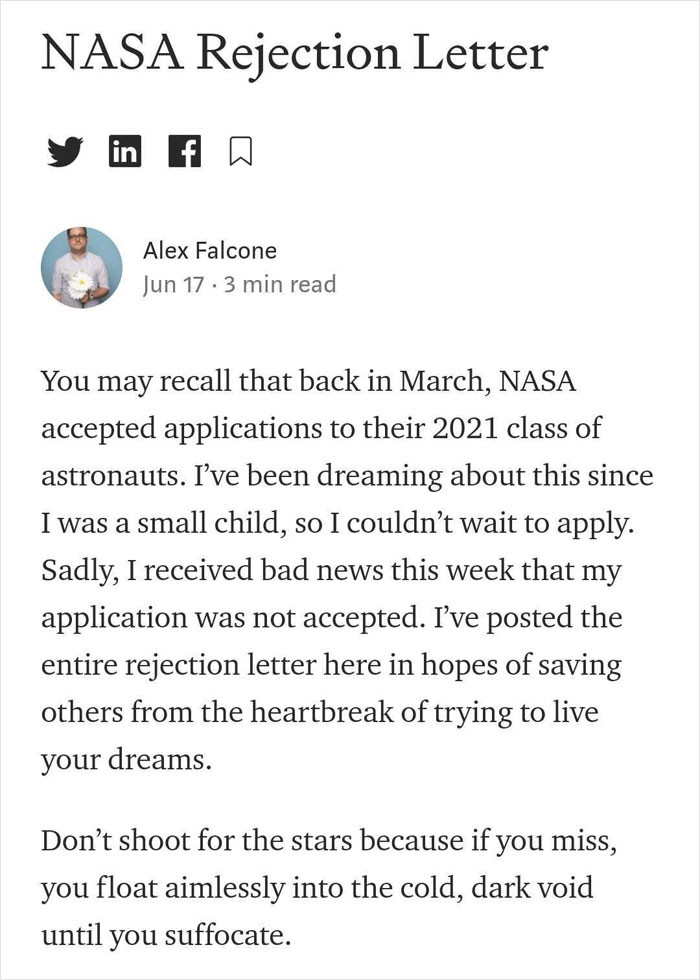 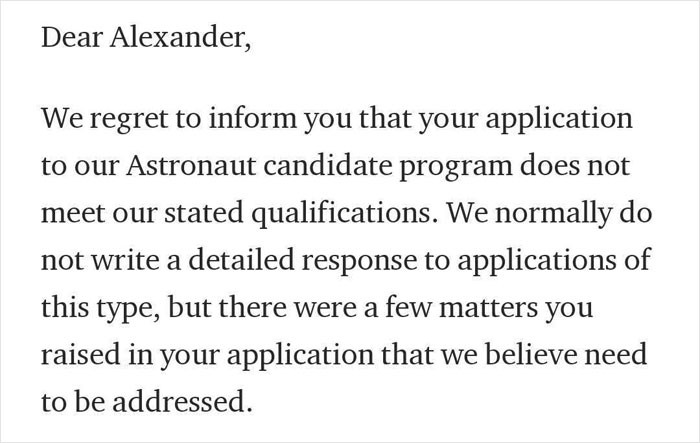 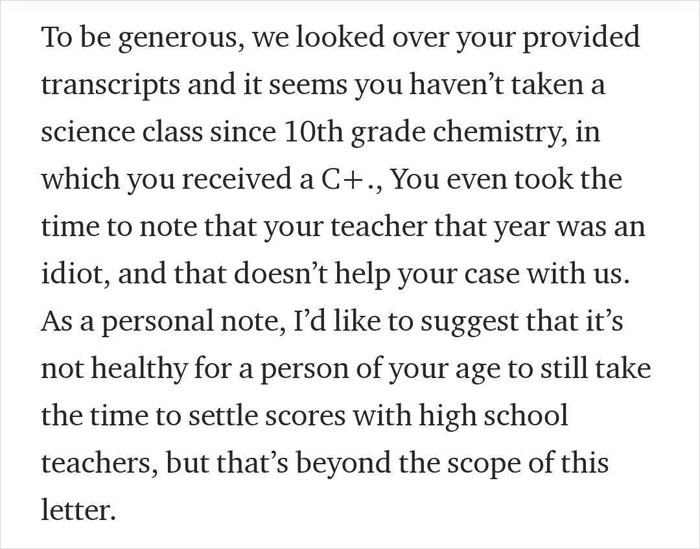 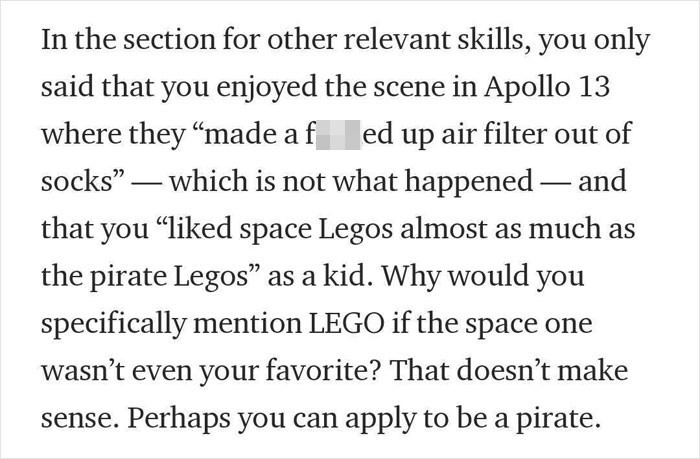 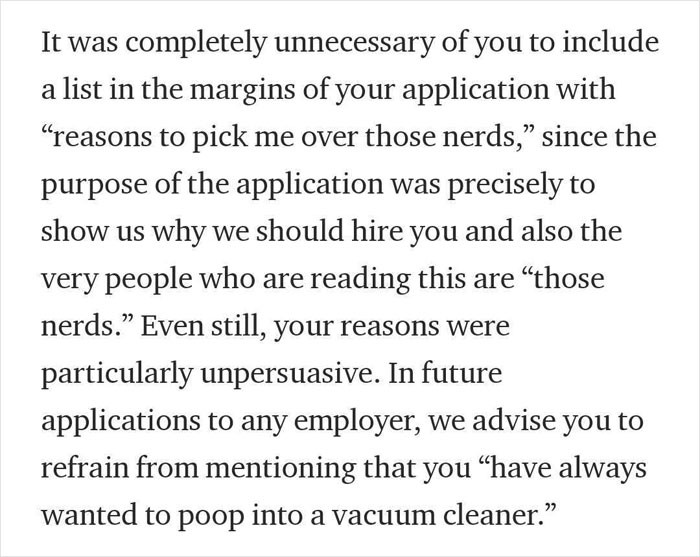 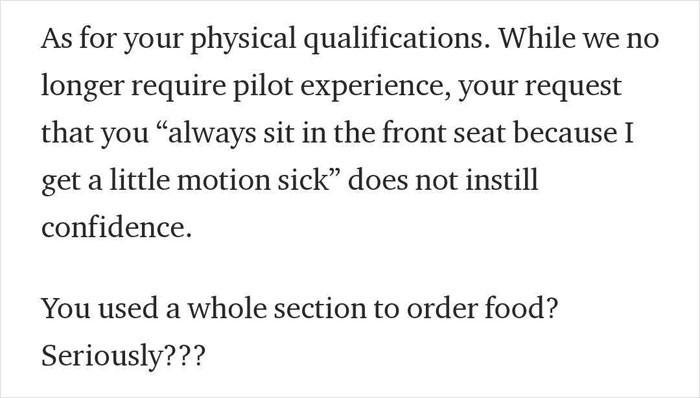 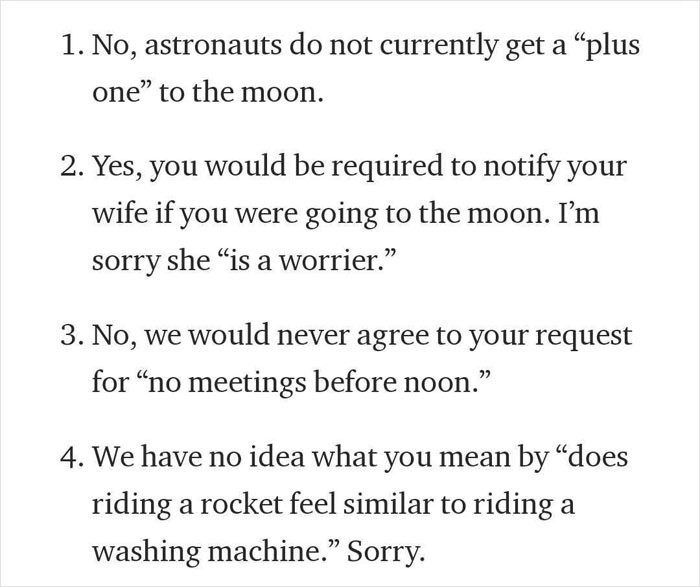 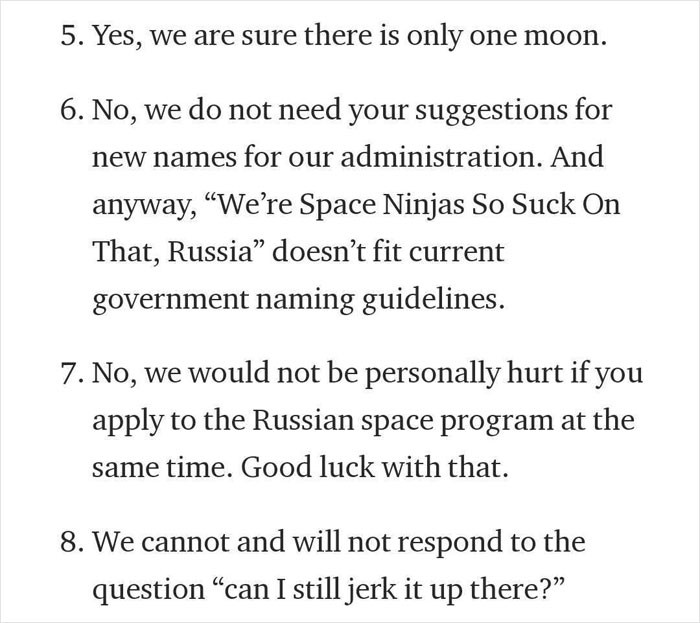 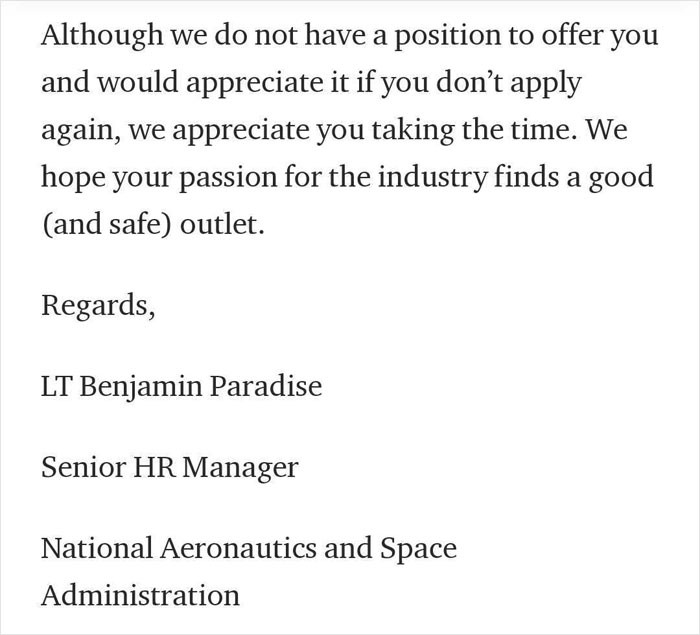 Alex was dreaming about going to space since he was a kid, even though he is entirely unskilled. “I’m dumb, have no useful skills, am hard to get along with over long periods of time (ruined more than one road trip and multiple book clubs), and I do get motion sick in even short car rides,” he says. “I would be the worst candidate for NASA 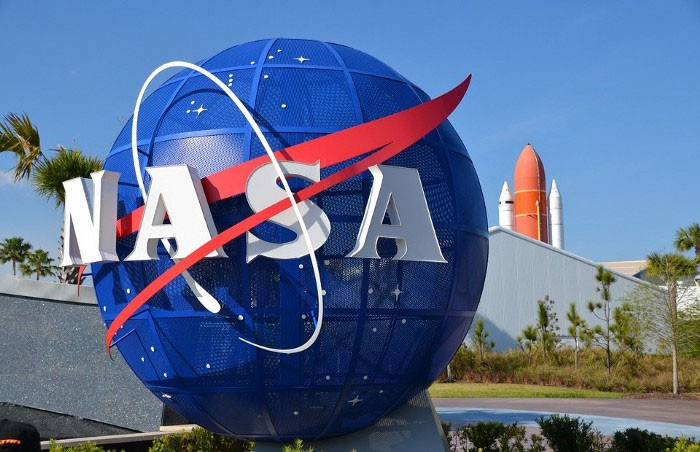 The rejection letter did crush his lifelong dream, but it didn’t break him. He was used to be rejected. “Man, I’ve gotten so many rejections for comedy festivals, writing jobs, and gigs. I used to tell myself, ‘Michael Jordan didn’t make his high school basketball team,’ but then I watched that documentary about him and realized he grew, like, a foot and worked his butt off after that, and I’m not doing either. So now I’ve got nothing to comfort me,” he says.

Another explanation is that the rejection letter is fake - Alex wrote it himself. It was a joke. Well, we enjoyed it, but we are disappointed that NASA is not so amusing.