Over the last few years there has been a lot of controversy over public bathrooms, specifically in the United States where it is extremely common for there to be a "men's" restroom and a "women's" restroom. However, gender isn't as simple as separating people into two groups and when someone doesn't quite look the part of the socially expected version of a man or a woman, things can get ugly fast. A transgender woman could find herself in danger no matter what bathroom she uses, especially during a time where transphobic violence is on the rise.

A lot of businesses may already have a "family bathroom," which would usually display a sign indicating anyone could use the bathroom, and other businesses are now including "gender neutral" bathrooms, also for anyone to use. One woman on Twitter recently used a gender neutral bathroom, only to have a man enter and use it as well. She decided to turn to Twitter, expressing how violated she felt by the incident. Sometimes Twitter will have your back, but this time... Twitter was not here to coddle this bizarre experience.

While washing her hands in a gender neutral bathroom, Twitter user MaryBear__ felt violated after a man entered the bathroom and used it while she was there, another man stood outside and waited. She condemned her visitor while applauding the guy outside. 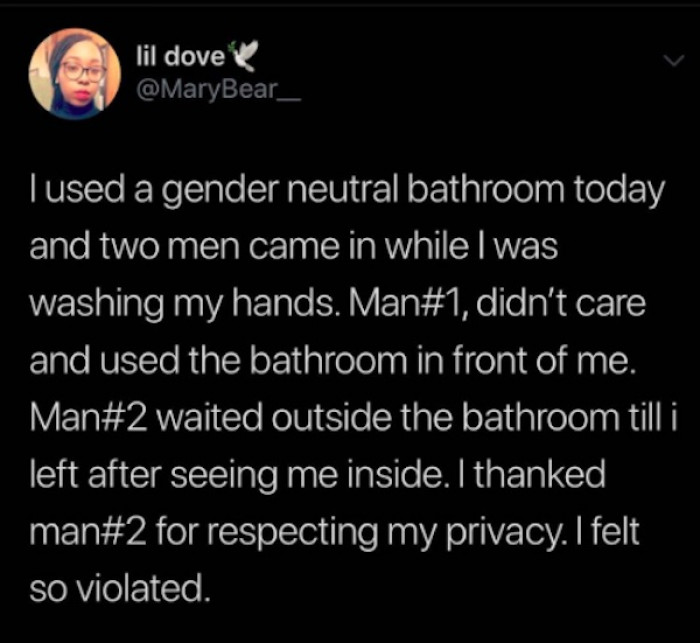 Twitter was instantly confused, asking her why she felt violated. 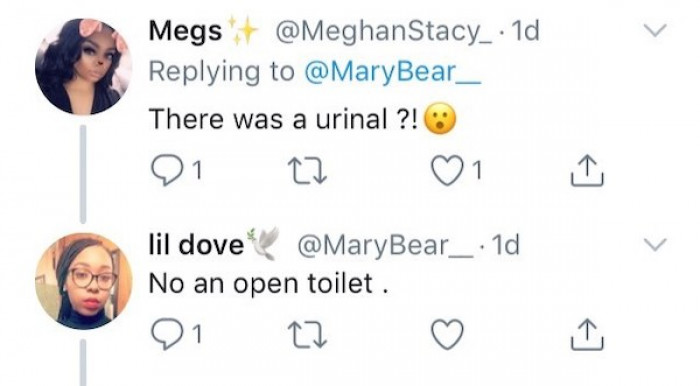 MaryBear__ went on to delete her tweet and all of the replies, but screenshots last forever. 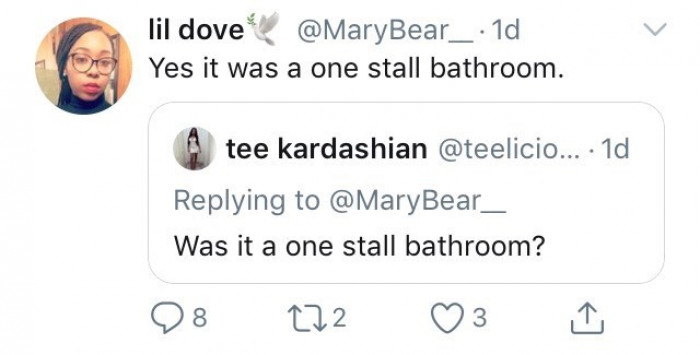 MaryBear__ found out quickly that most people thought she was wrong. 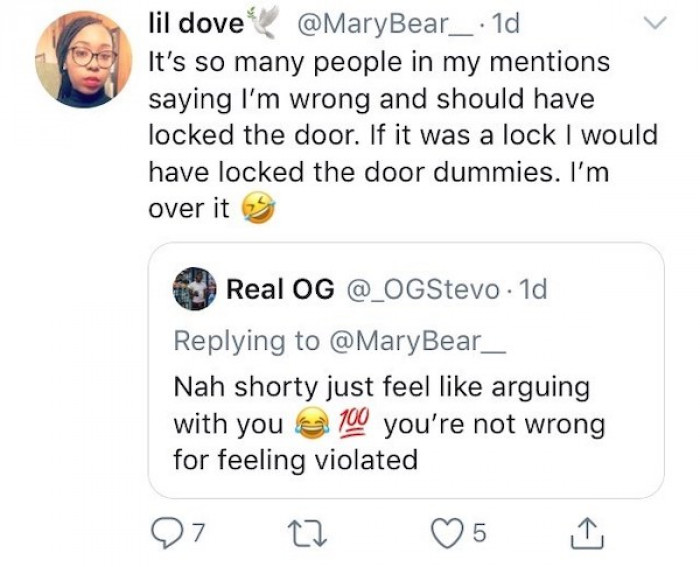 "As a woman, I was uncomfortable sharing a bathroom with a man."

MaryBear__, what did you think gender neutral bathroom meant? 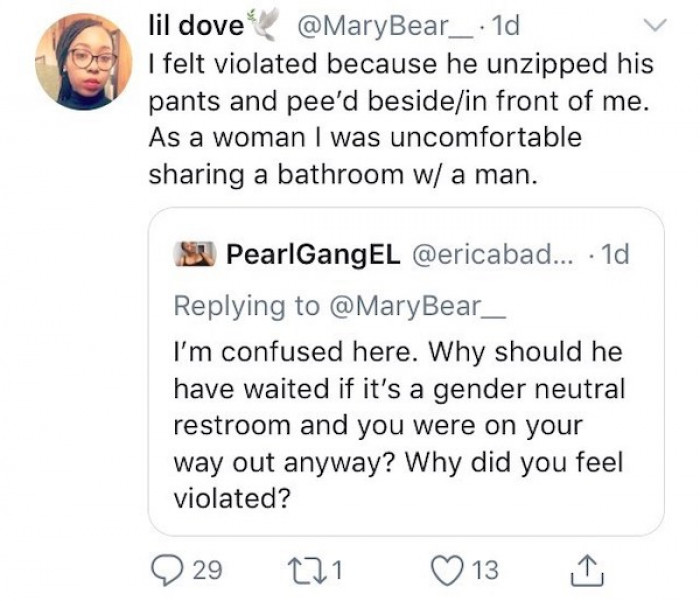 Of course this would have made him a bad guy, but using a gender neutral bathroom does not. 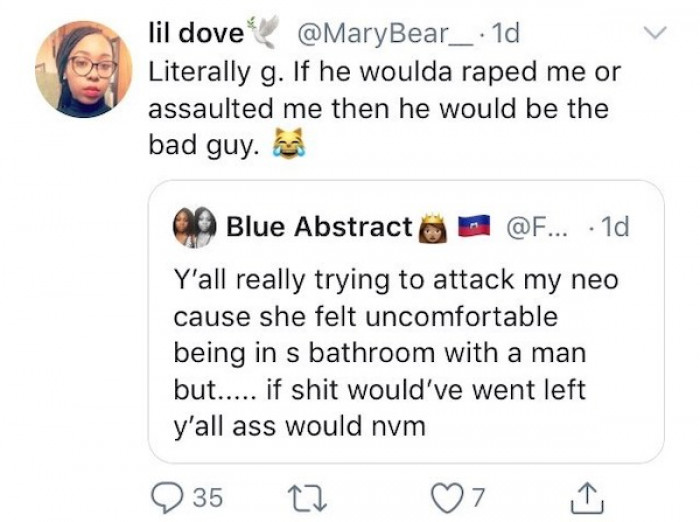 Since deleting her tweets, Twitter has been debating the particulars of the incident.

What exactly did MaryBear__ mean by "gender neutral" bathroom? Was it a single person bathroom? If that's the case, then yes perhaps the man was indeed rude, and the other man was not being polite and respectful, he was simply waiting his turn.

Nevertheless, without all the details, Twitter has been left to speculate and criticize. Relentlessly. 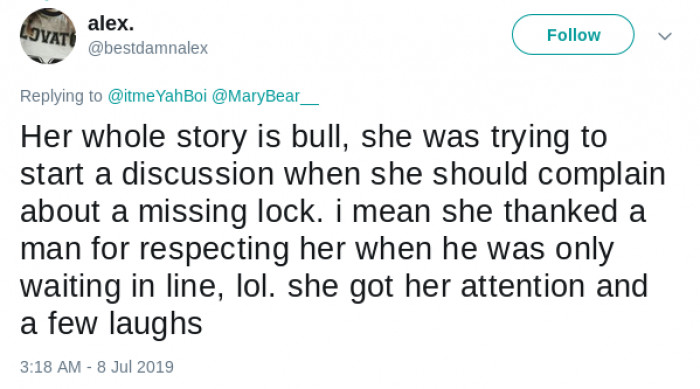 In comes the memes. 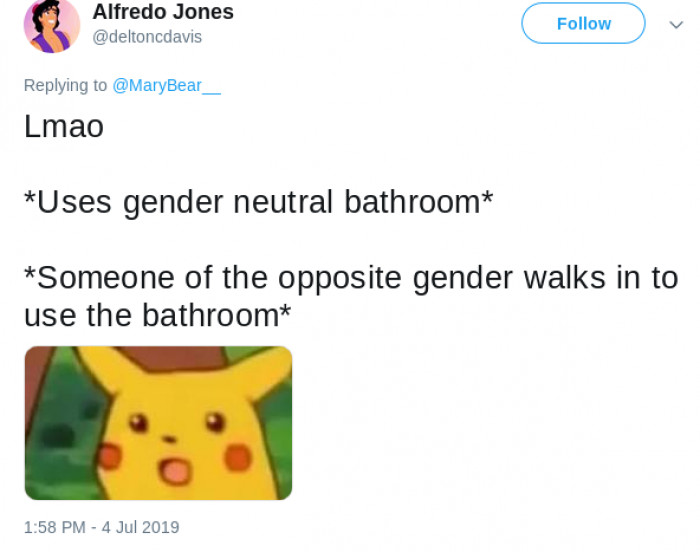 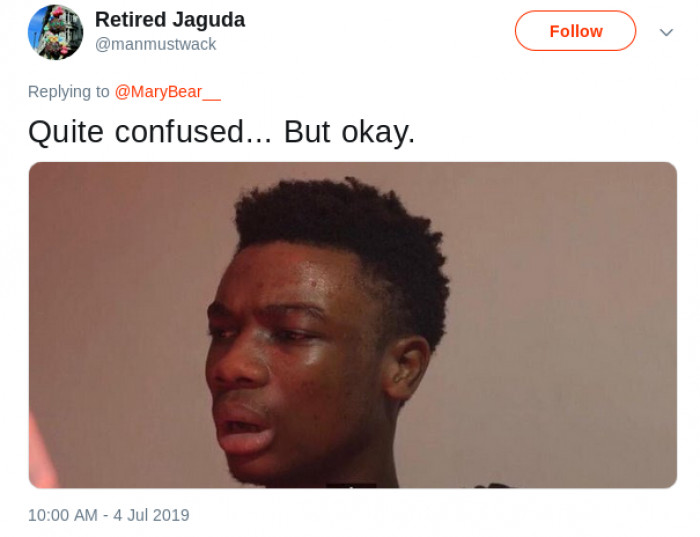 Despite Mary's attempts to delete her tweets... she made it all the way to Reddit.

Screenshots of her tweet and a reply were shared in r/MurderedByWords and it went on to make the front page of trending on Reddit. That's the sort of thing that exacerbates something someone like MaryBear__ may have wanted to go away... 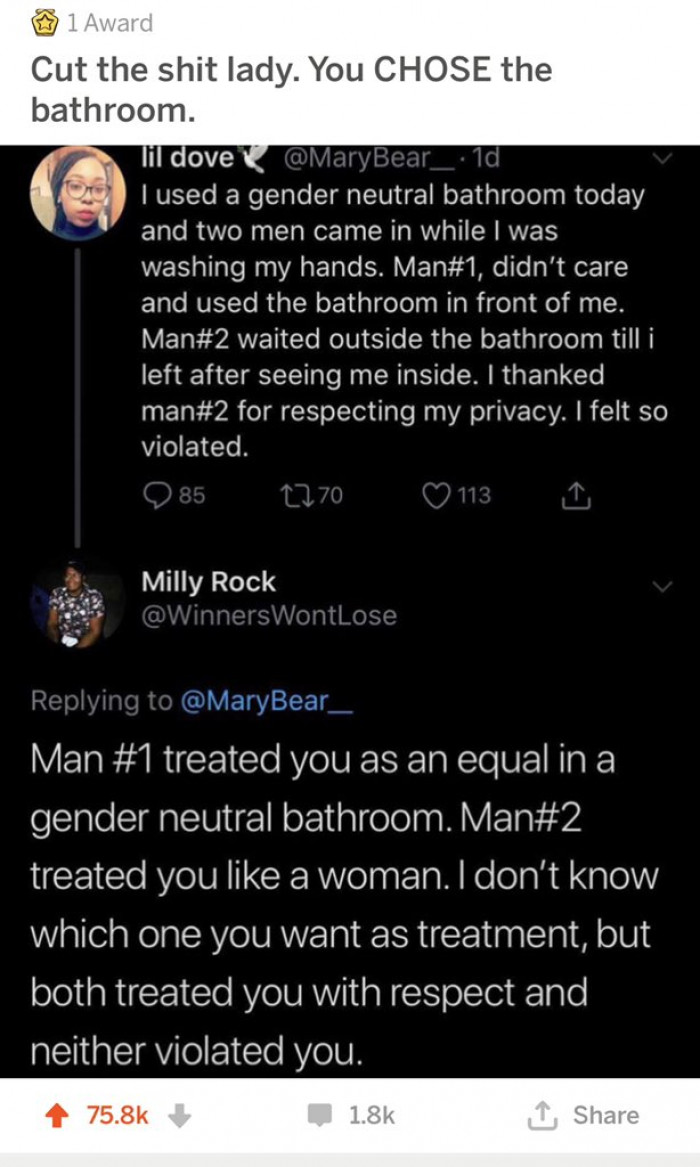