From central Florida, Jen is known on social media as No Flutter where she creates concept fan art and concept designs, much to the delight of thousands upon thousands of fans all over the world. Many of her unique and seriously awesome designs have been brought to life by Cosplay artists!

There is virtually nothing her creative hands have touched that hasn't turned out good, and when we say good we mean at mind-blowing levels! On Facebook alone she has over 105,000 fans and followers.

Re-creating iconic and well-known pop culture characters is no small task, there is a lot of standards to hold up to and we just have to face facts, some artists are making the combination of classic characteristics and their own style a precedent that not everyone will reach. Easily, Jen's artistic abilities fall into that realm.

These may only be 28 examples of what No Flutter is creating, but trust us when we say it's just a toe dip in the pond of her creative mind and you should definitely check her out! 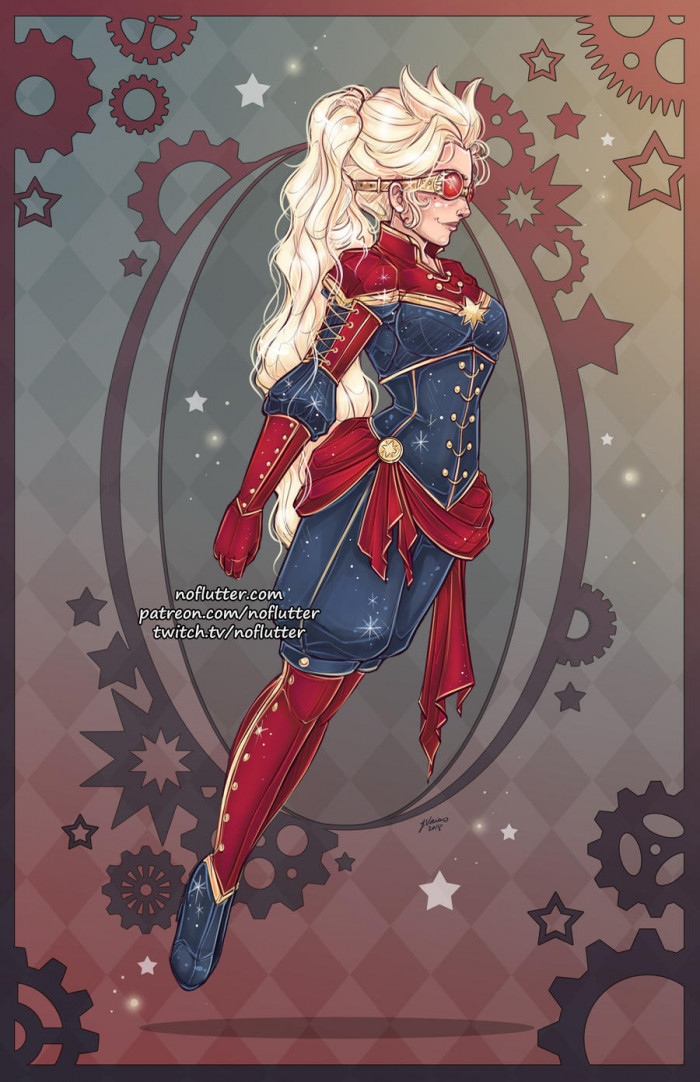 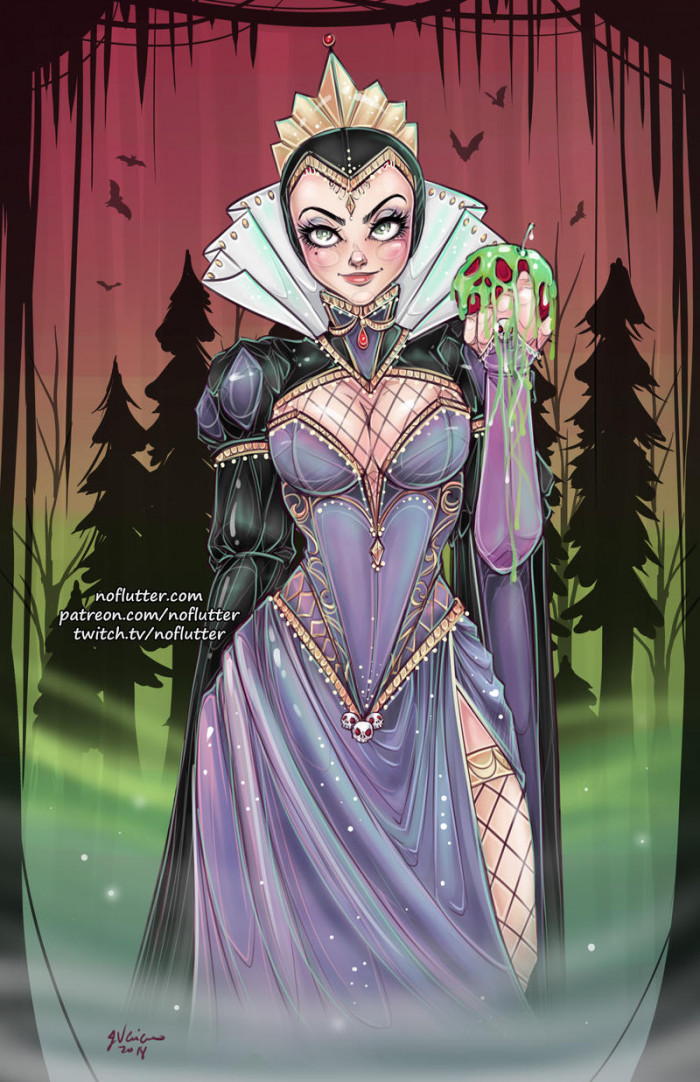 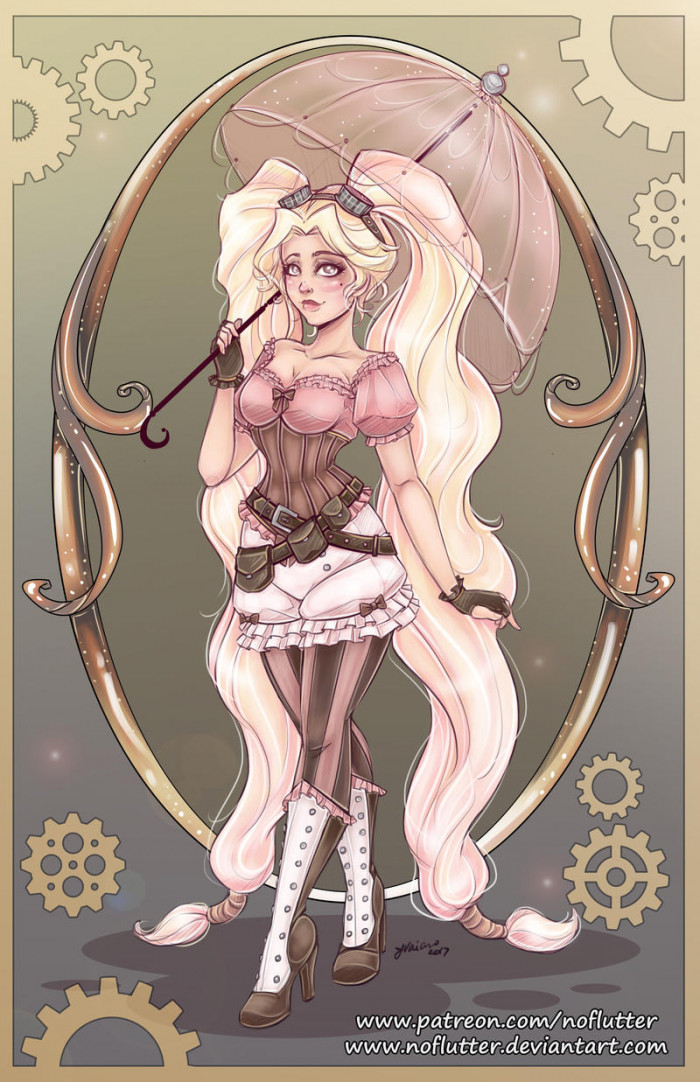 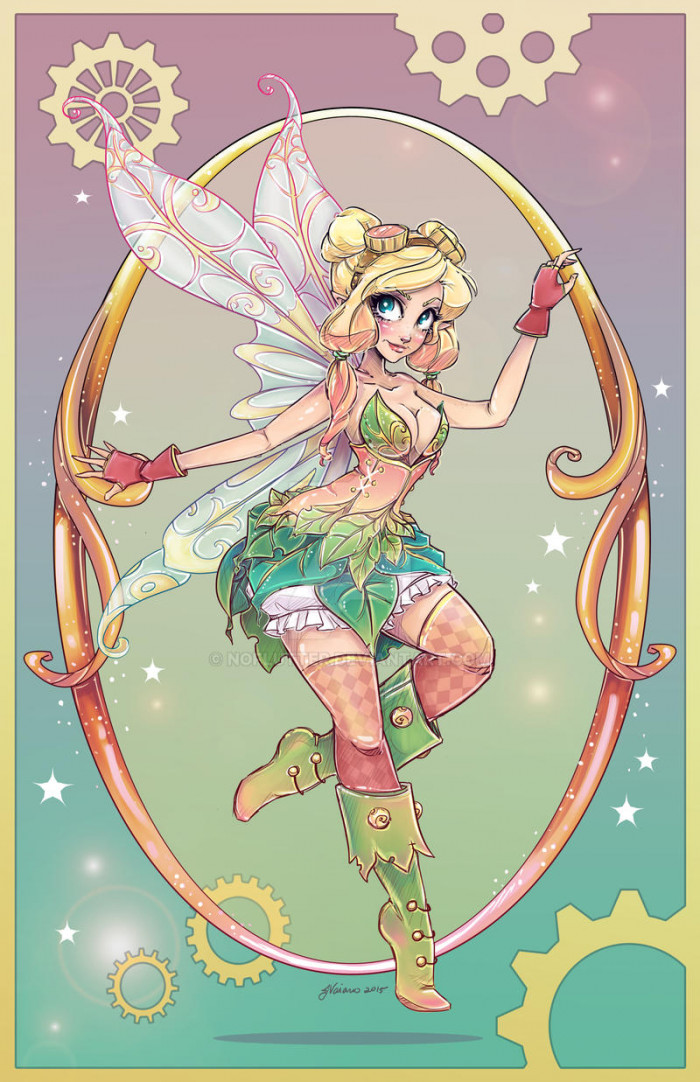 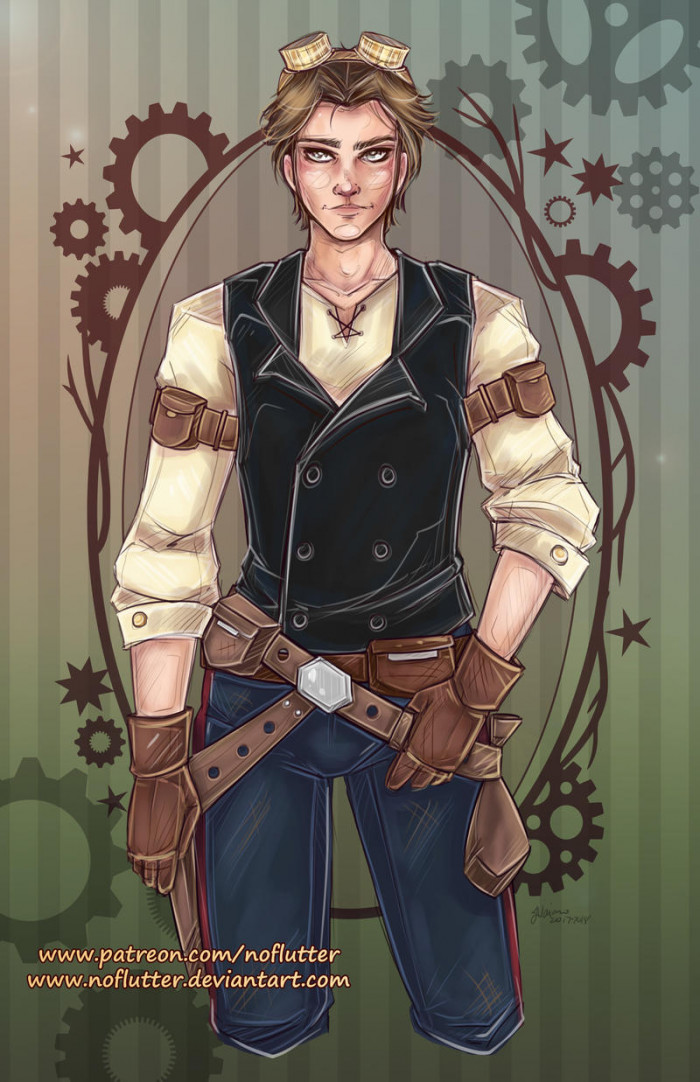 Jen has said that she gets a lot of requests about cosplaying her character and outfit designs and she's all about it:

Please by all means do! I LOVE and am honored that anyone would want to cosplay anything of mine:3 I only have a few rules, 1. I get credit for the design, 2. I want to see photos when done, and 3. I get to post the photos ( links to you and the photographer will be provided). 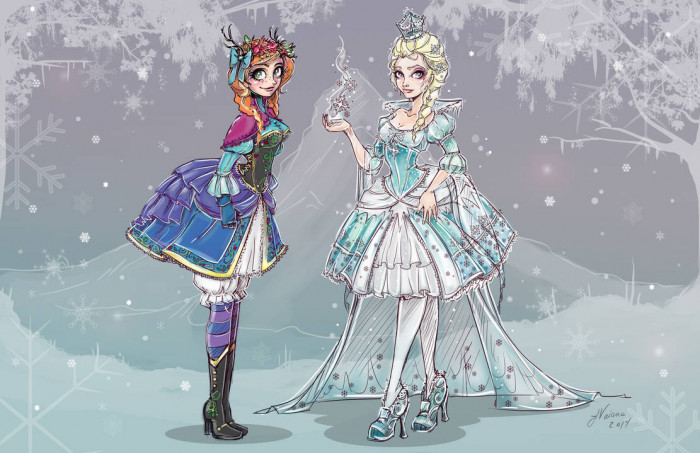 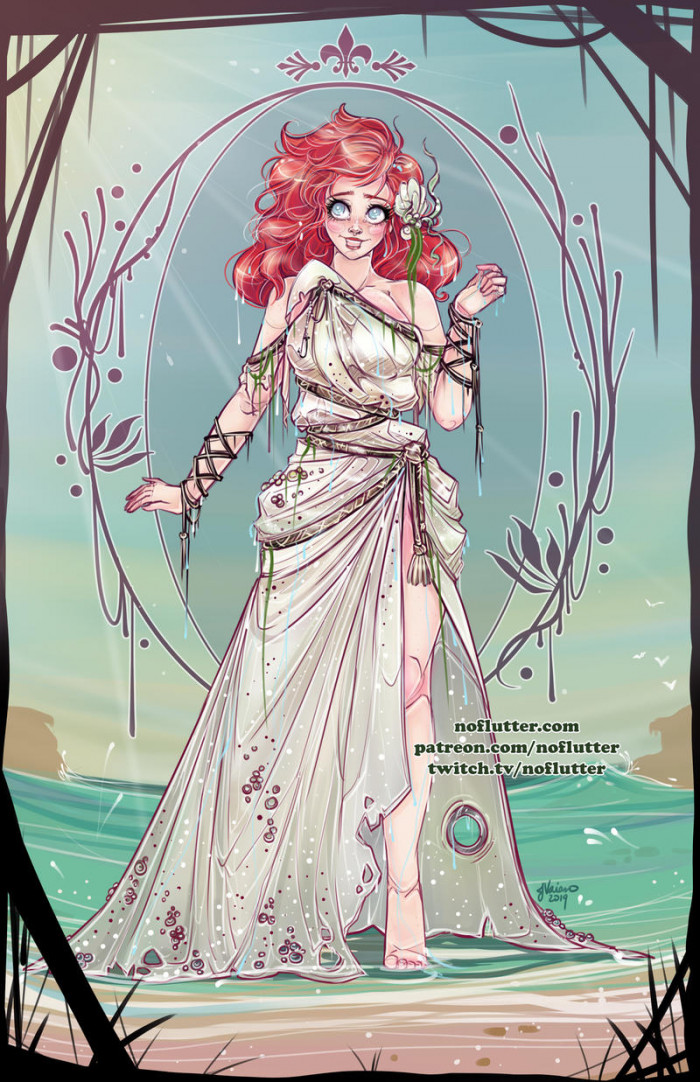 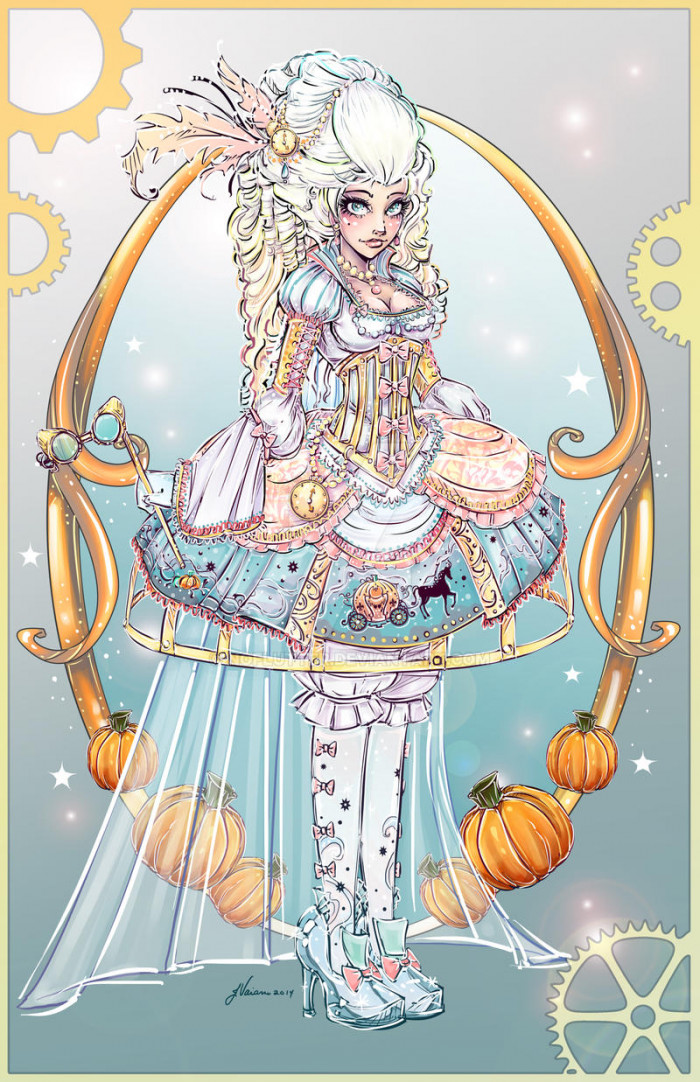 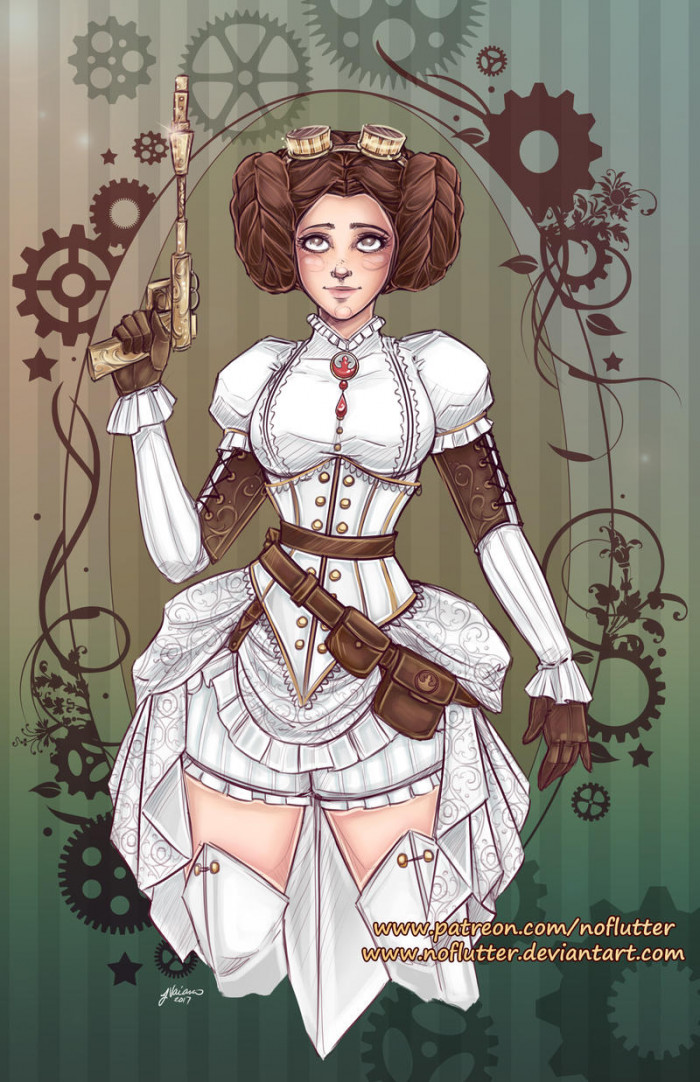 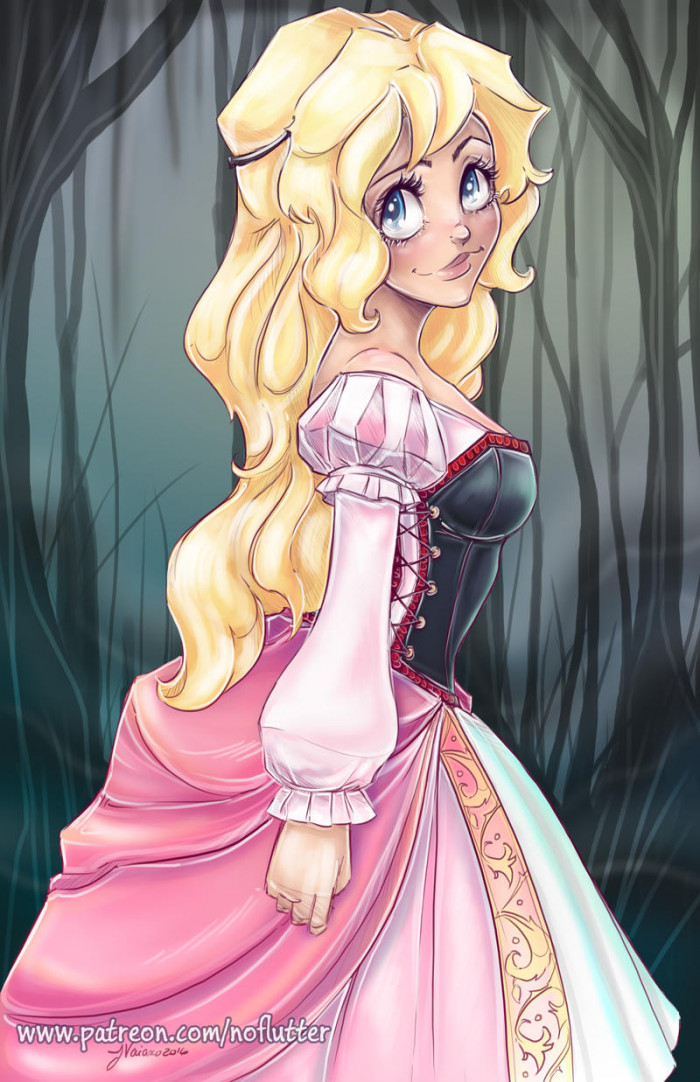 If you've never previously heard of Steampunk, this blurb from Wikipedia should give you some insight:

"Steampunk is a subgenre of science fiction that incorporates retrofuturistic technology and aesthetics inspired by 19th-century industrial steam-powered machinery. ... As a form of speculative fiction, it explores alternative futures or pasts but can also address real-world social issues." 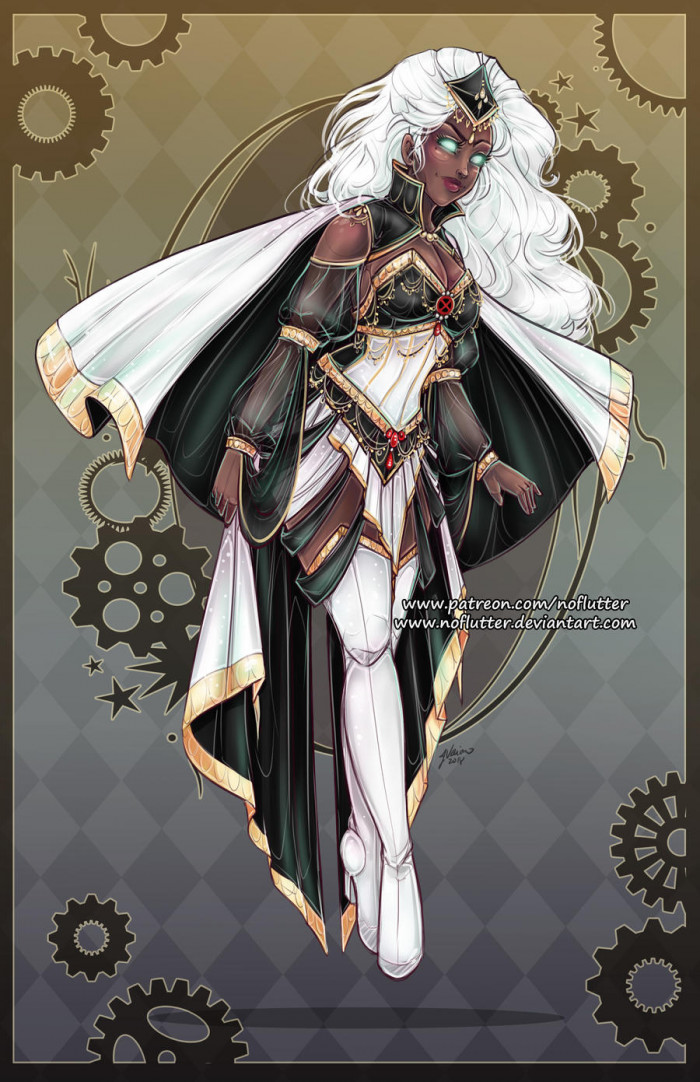 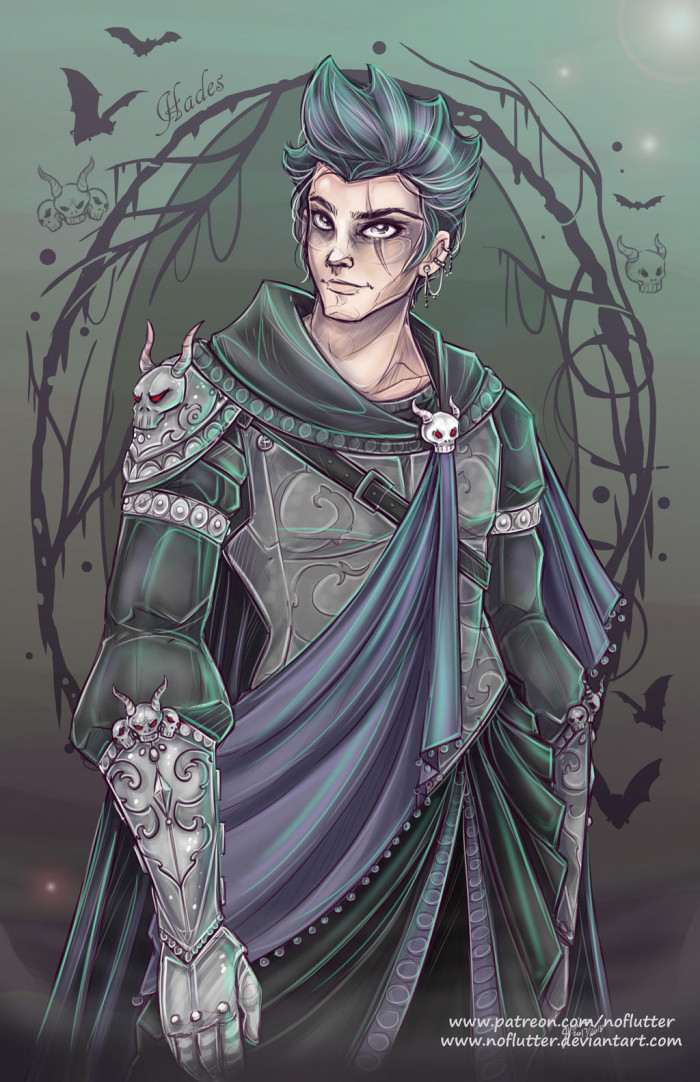 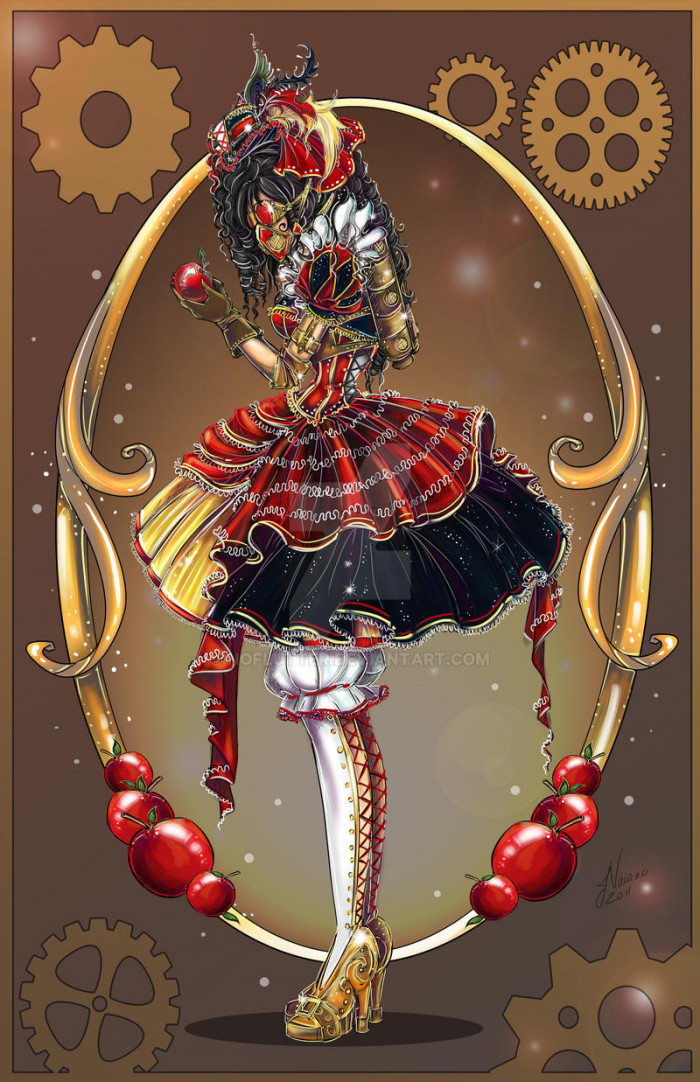 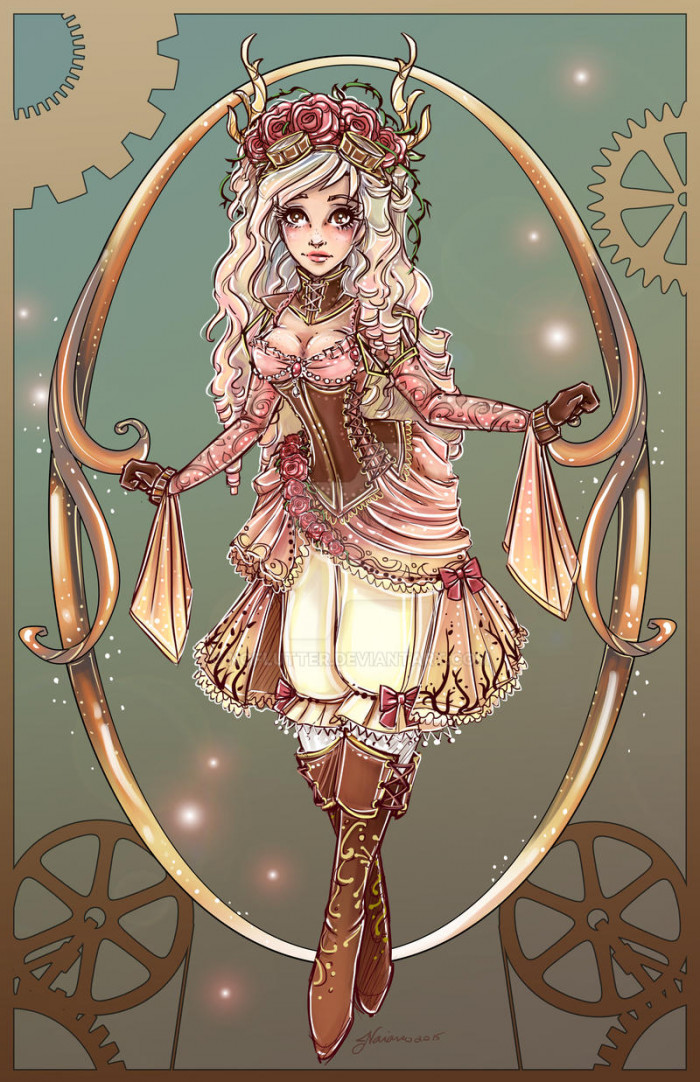 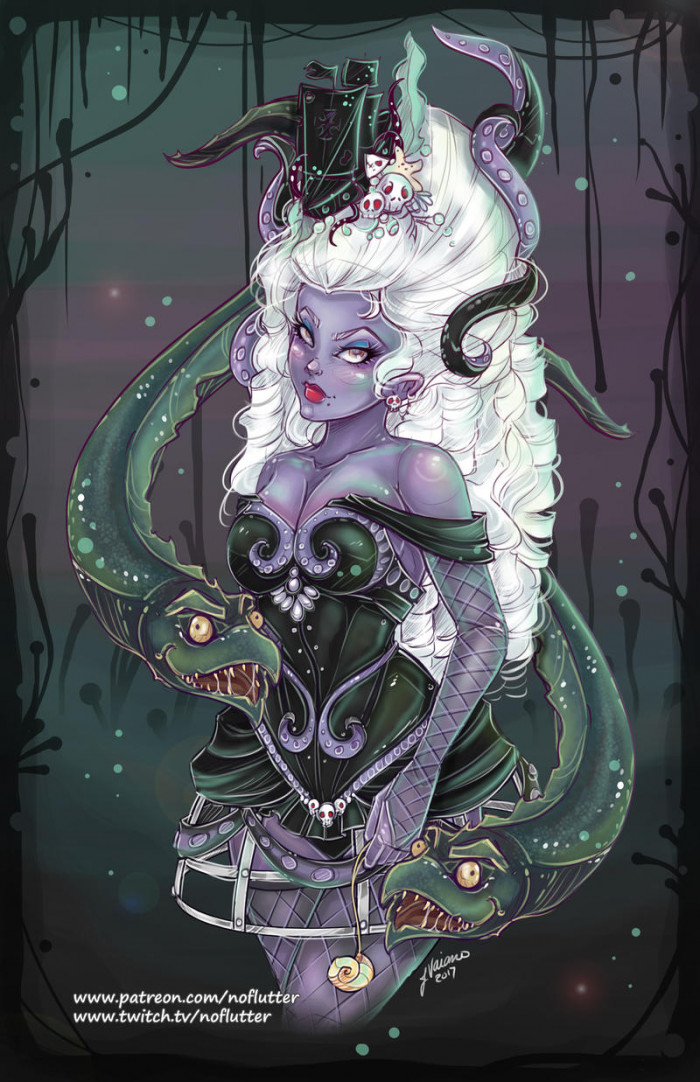 Wikipedia also explains everything we'd need to know about why Steampunk is called Steampunk in the first place:

"The word "steampunk" is made of the root words "steam" and "punk". This use of "punk" has nothing to do with the punk rock music of the mid-1970s. A well-known science-fiction author William Gibson, wrote books in the early 1980s that created the "cyberpunk" style." 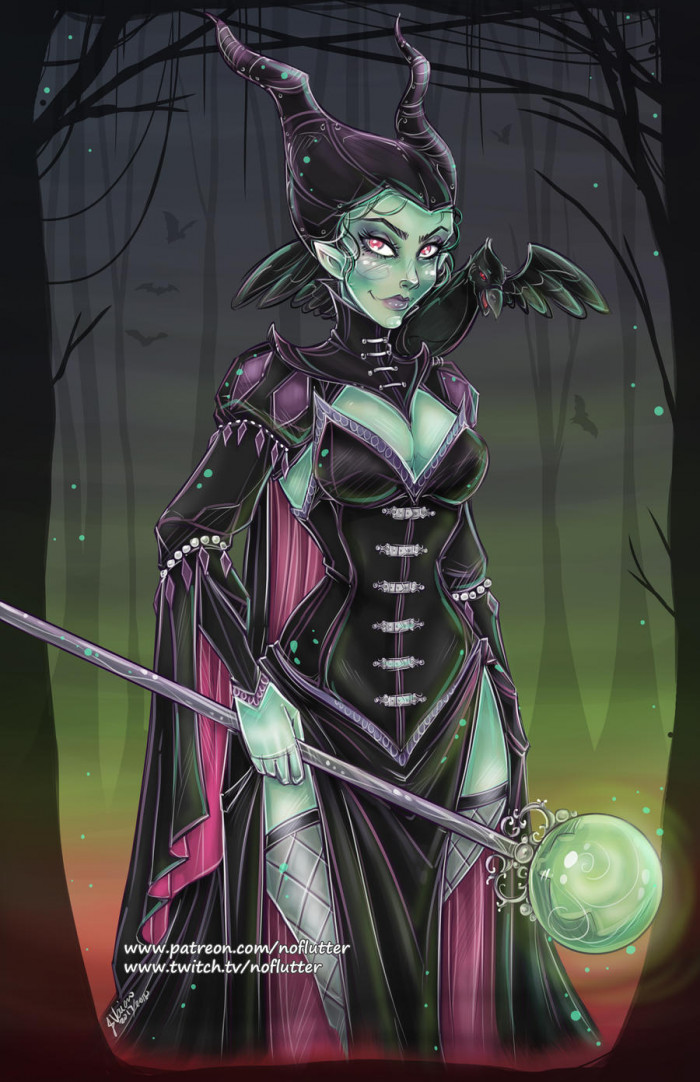 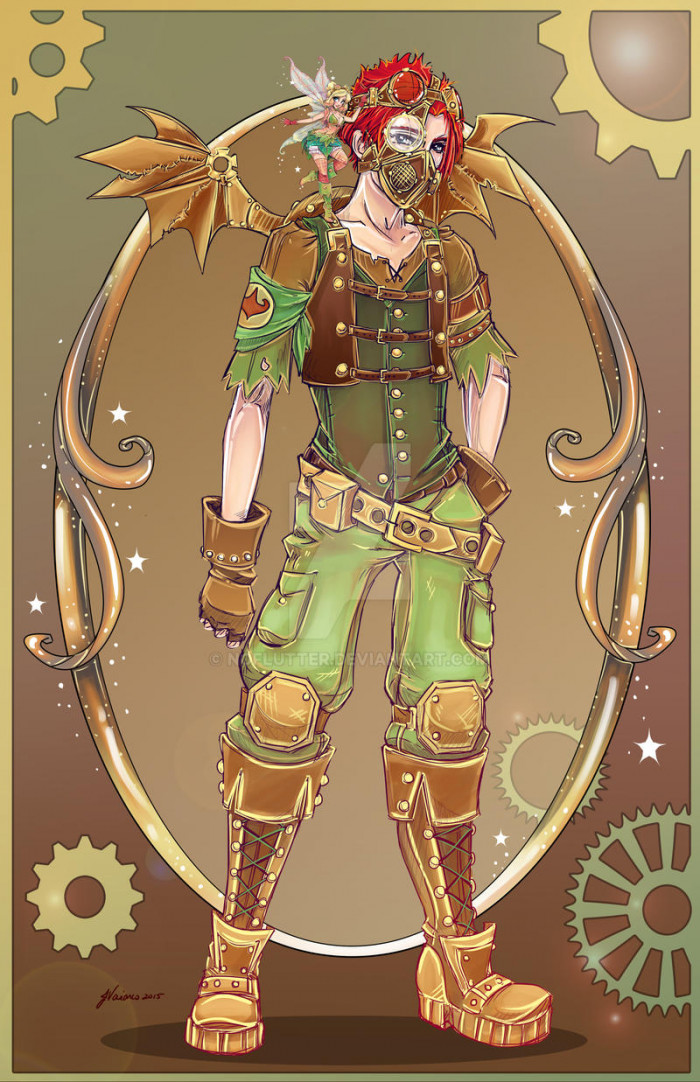 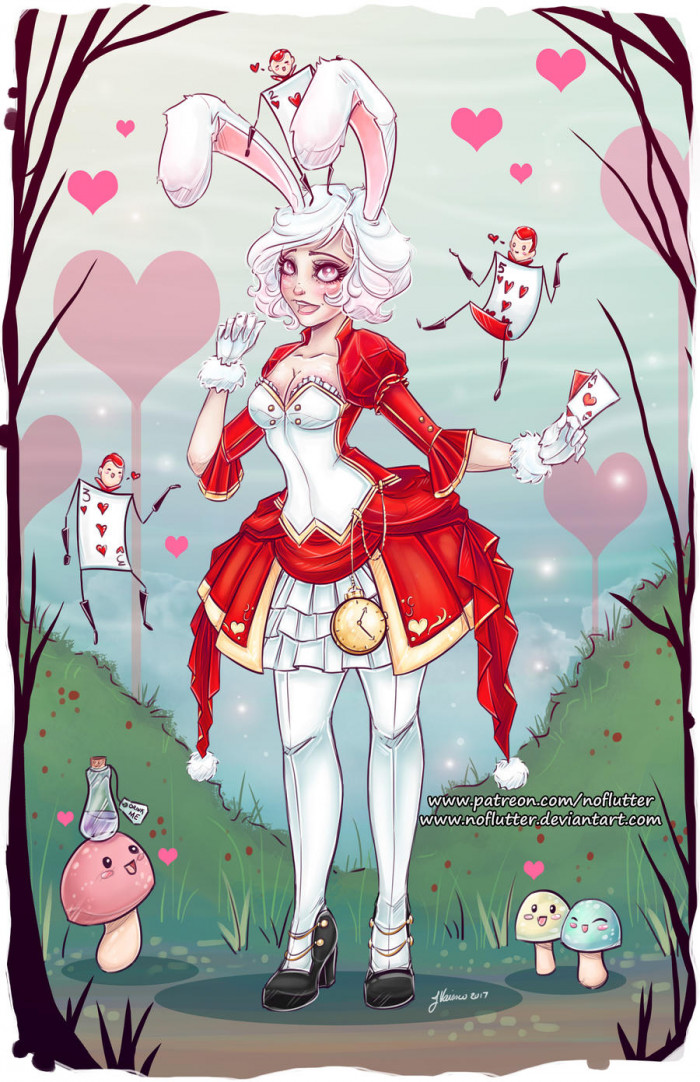 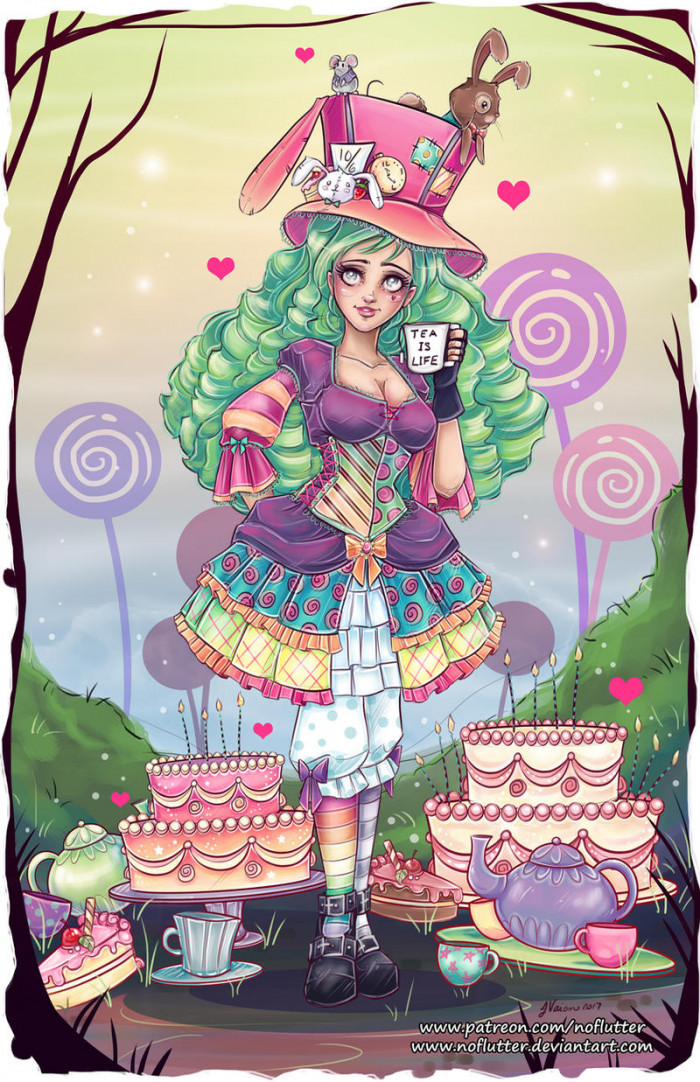 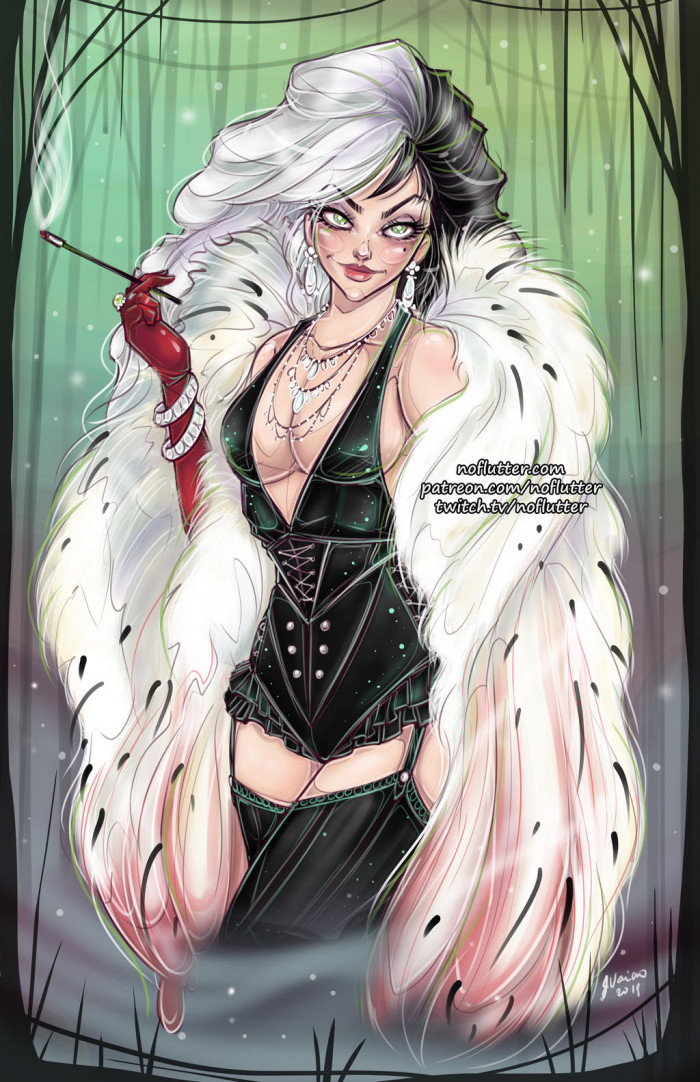 "Steampunk engineering often includes visible gears and screws, as well as analog clocks, steam-powered machines (including vehicles such as airships that often carry flying wooden ships), rotating propellers and dials. Those are always made of metals, wood, or even glass, but never plastics or other modern materials." 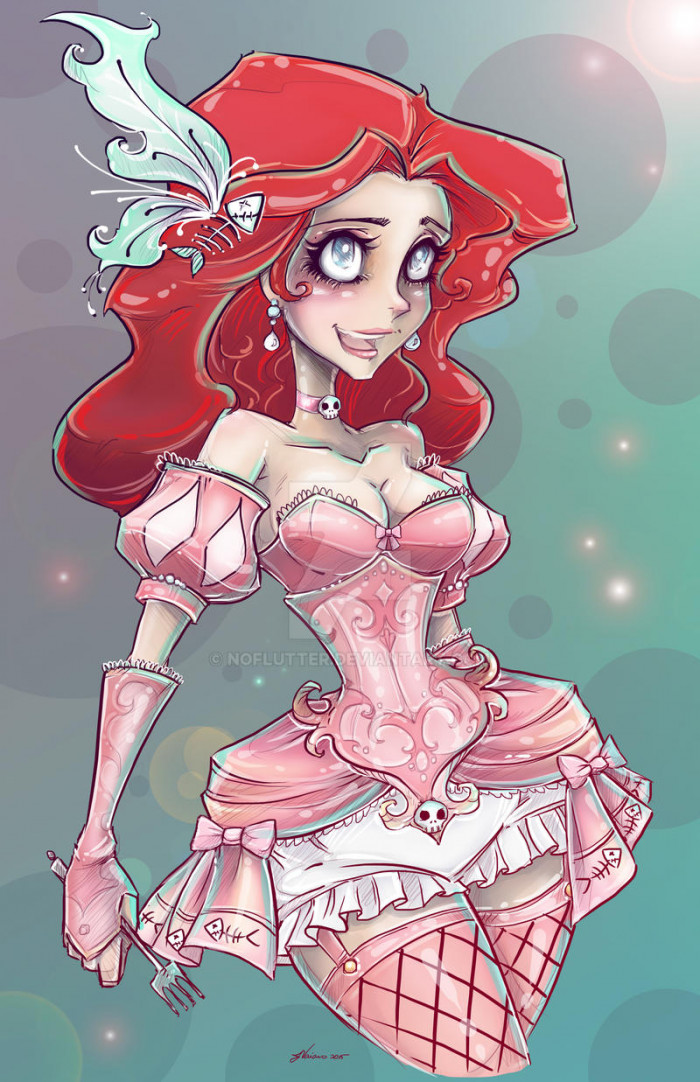 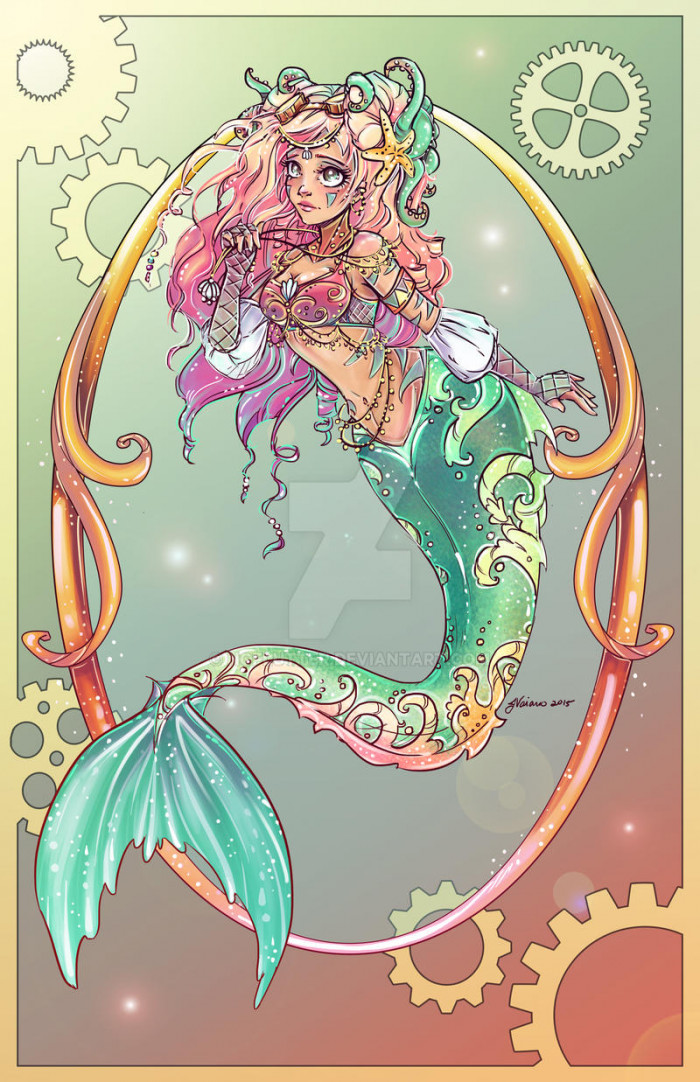 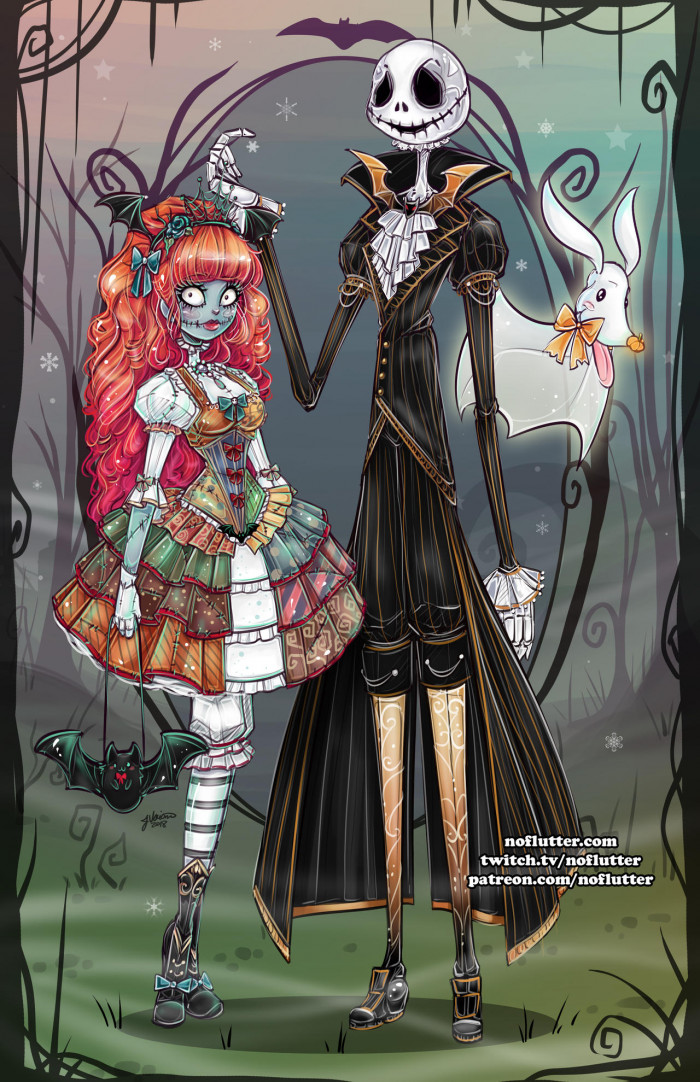 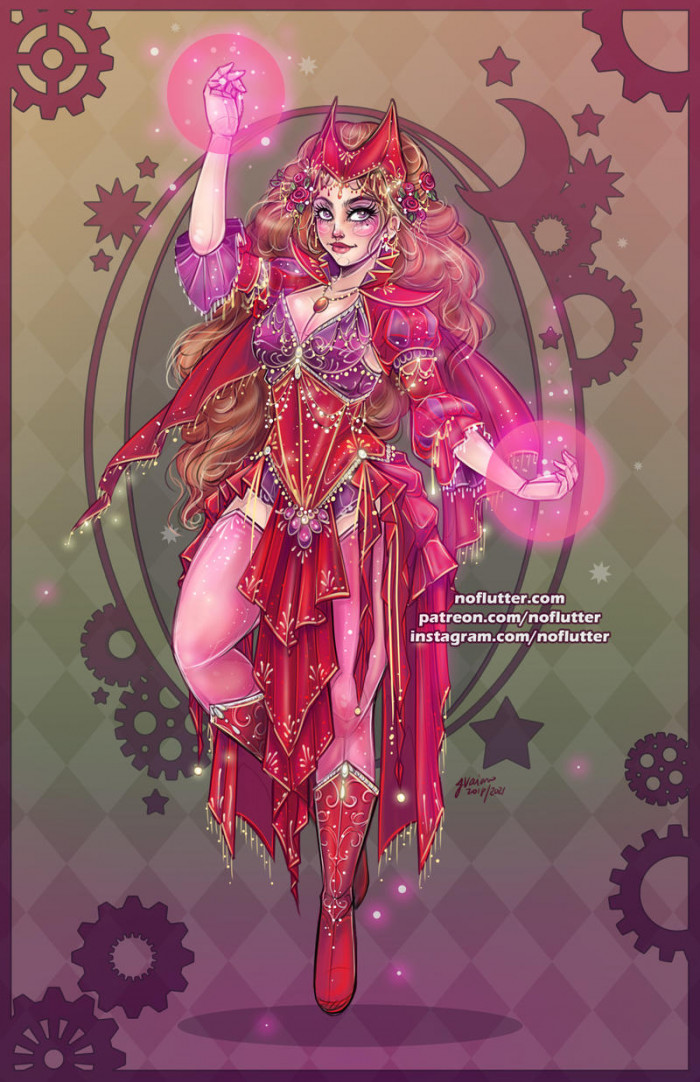 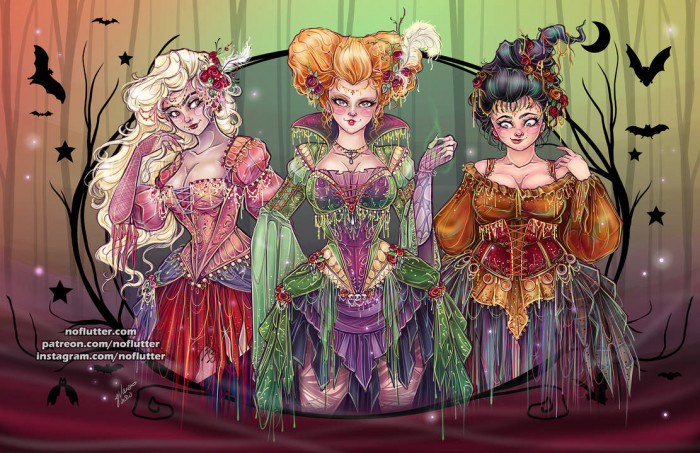 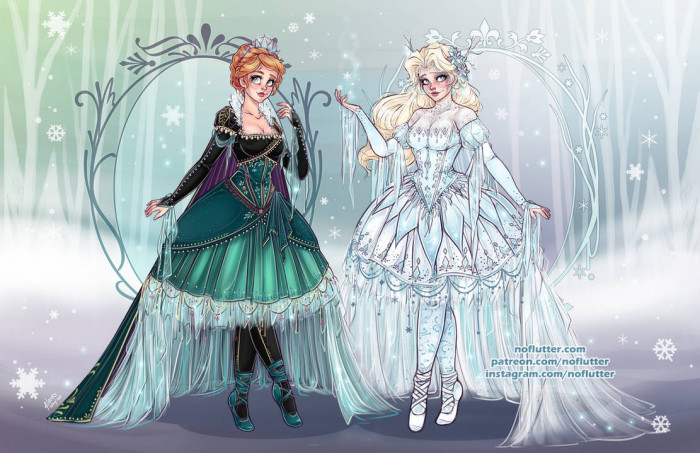 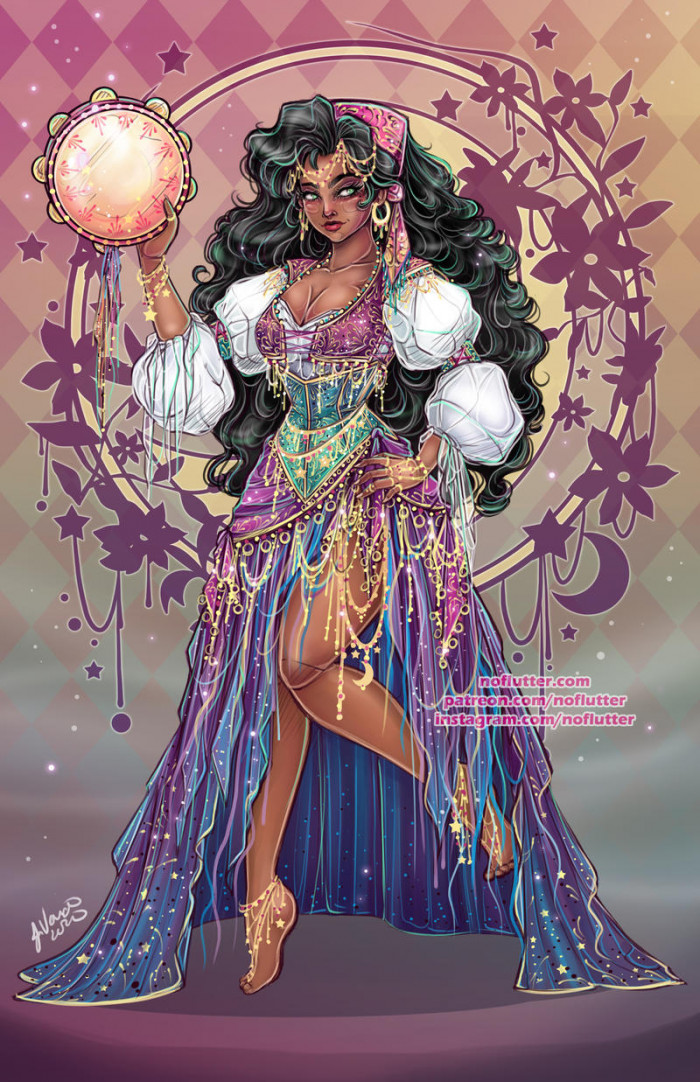 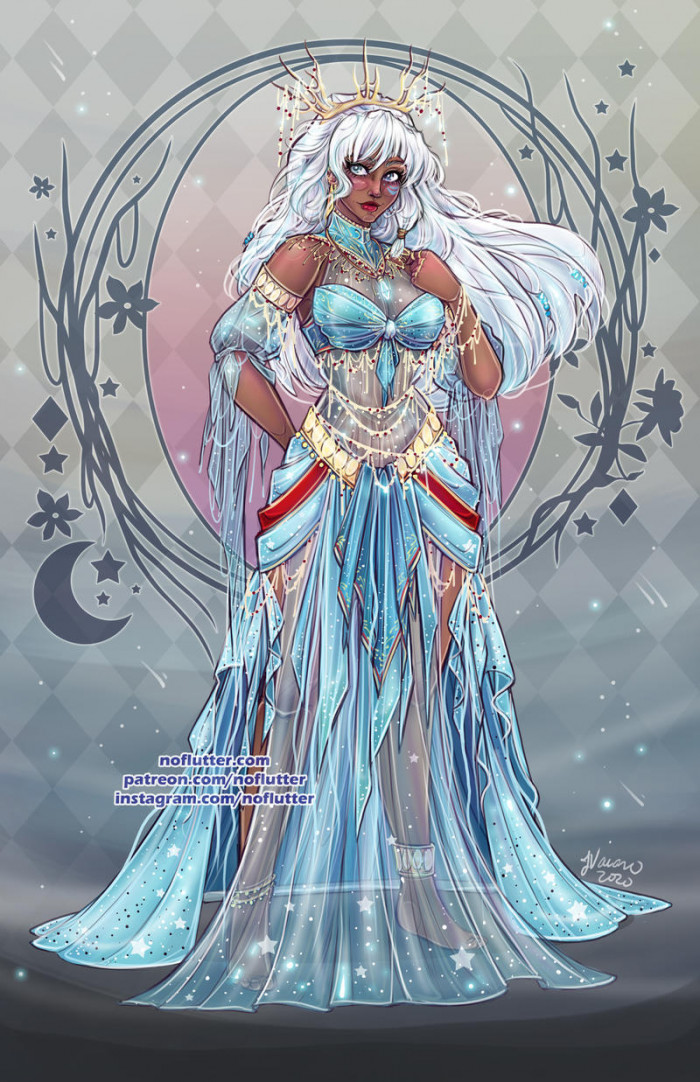 Whether you came here for the Disney characters, the Marvel characters, or if you just really dig anything Steampunk, you'll have to agree that Jen, AKA No Flutter is one talented artist. Which design did you dig the most?

You'll have to check her out on her social media platforms and let us know what you thought before you go.

You’re Not Alone If You’ve Ever Imagined Your Favorite Disney Princesses As Villains, As This Artist Draws Them, And They're Scary Gorgeous

11 Disney Characters Weren't As Wholesome As You Might Recall

If Some Disney Characters Were Thinking Logically, This Is How Their Stories Would Have Ended