Man Busts The Myths About Billionaires Starting Their Business Without Money

Kids have their favorite fairy tales, and so do grownups. We all enjoy a good story of an underprivileged person who overcame the odds and became successful just with hard work and power of will.

Sadly, the stories of the most successful people in the world today are heavily romanticized and missing some essential details. Aidan Smith wanted to clarify that fact.

In his post, he explained how people like Jeff Bezos had some advantages when starting their businesses – like families with a lot of money. Aidan said that the US isn’t the only country where people believe myths about famous businessmen.

“It’s far from a U.S.-exclusive phenomenon, but in America, it’s easier for most people to imagine becoming a billionaire themselves than it is to imagine an economic order in which a handful of people own half the world’s wealth. Social mobility from working-class to middle-class is increasingly out of reach and the illusion that one can conceivably amass a net worth of over a billion dollars is a comforting fantasy for many people.”

Jon Erlichman shared how Jeff Bezos started Amazon in his garage, implying that he was a self-made magnate 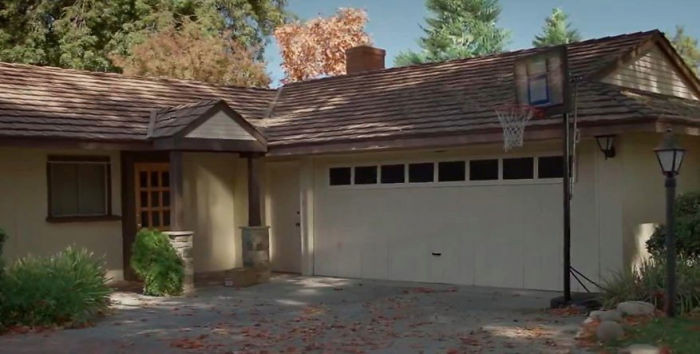 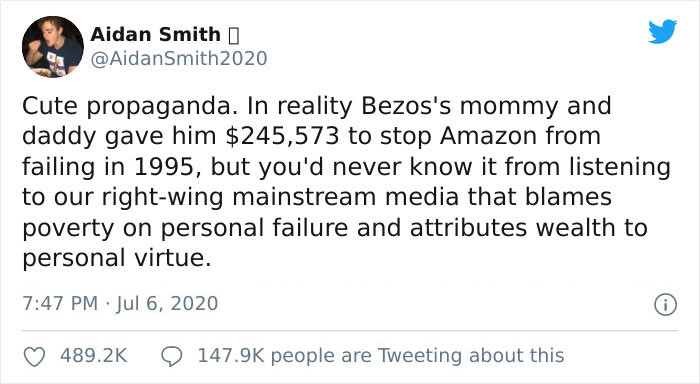 Aidan also explained how other famous tycoons had a lot of help because they had wealthy families. 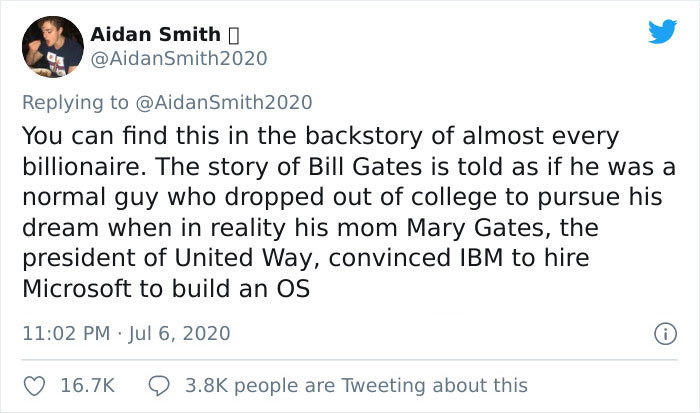 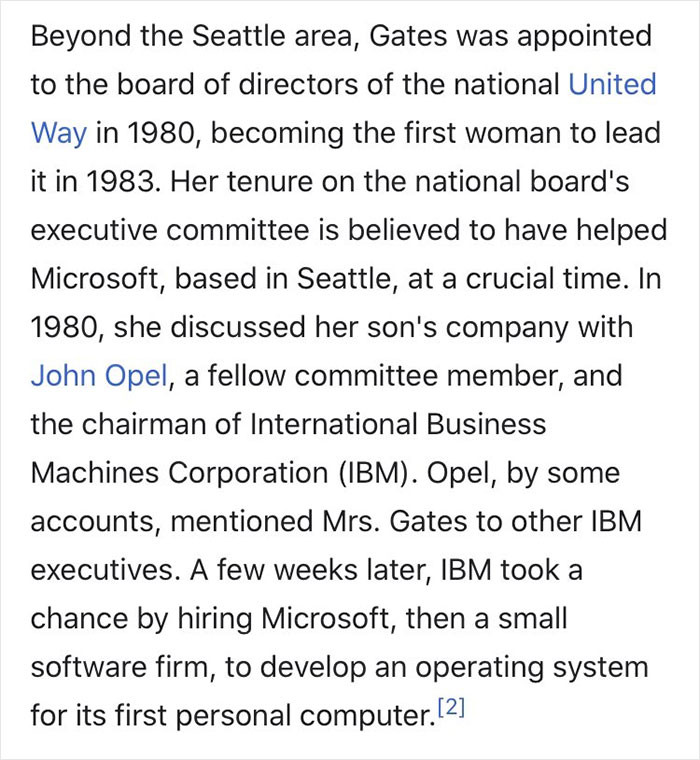 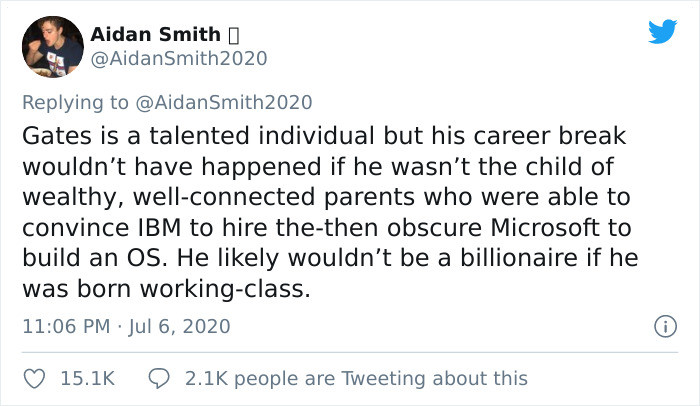 And about Warren Buffett: 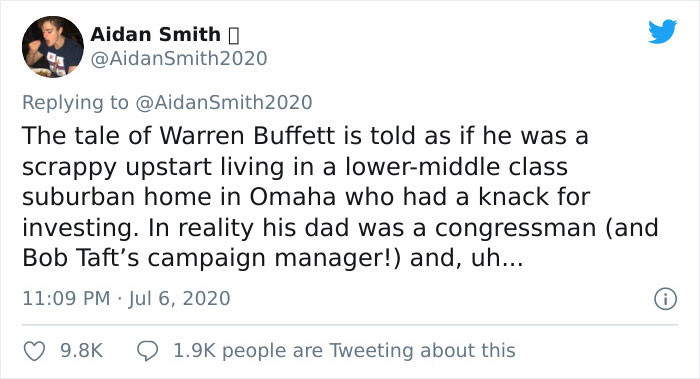 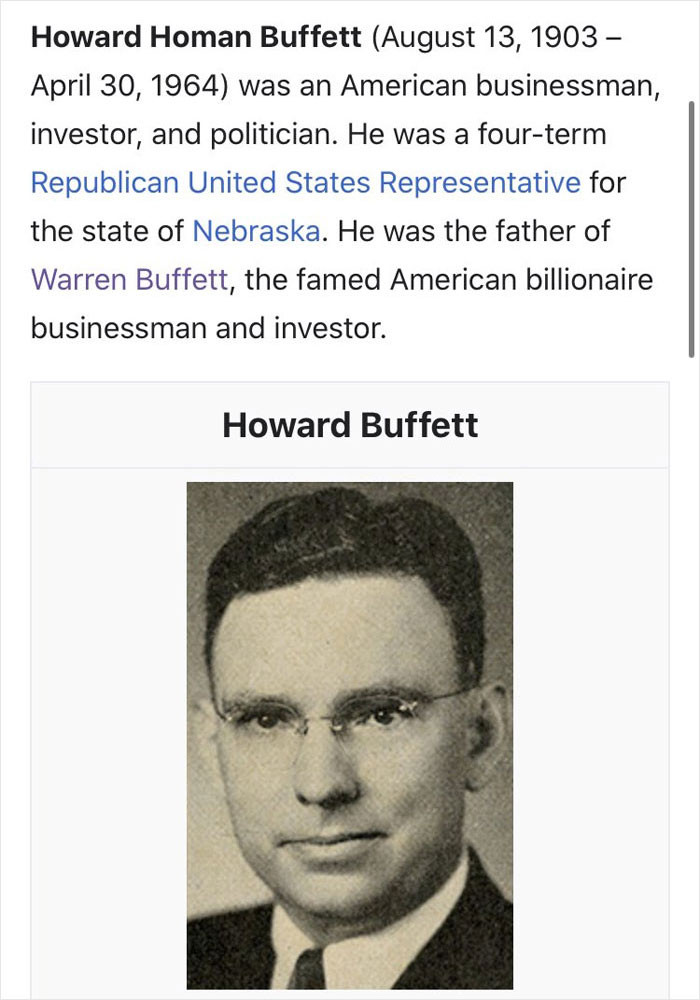 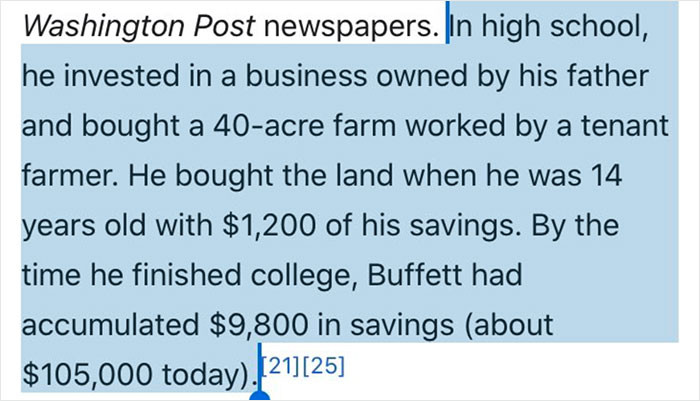 Even Mark Zuckerberg might not be a billionaire without expensive school. 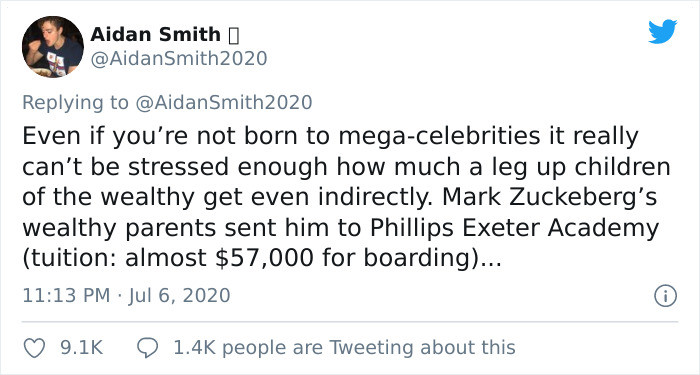 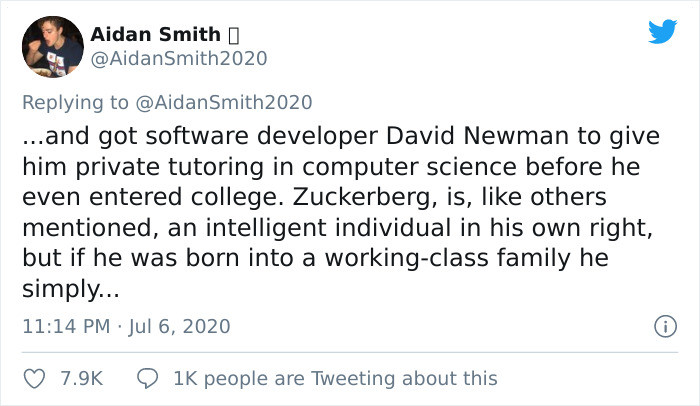 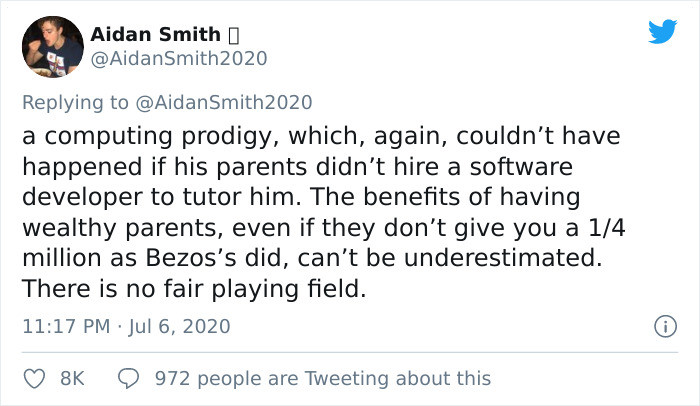 The Waltons and the Kochs 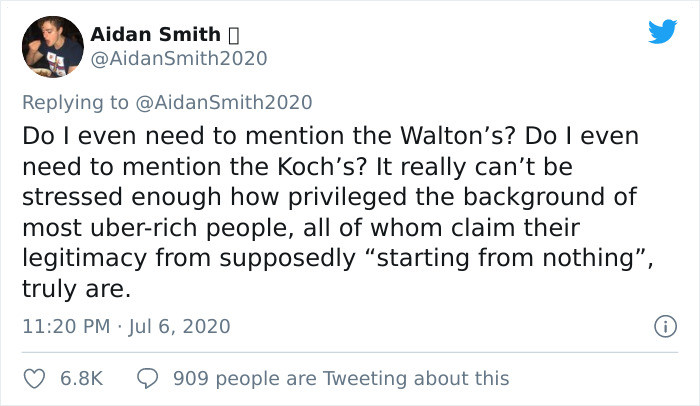 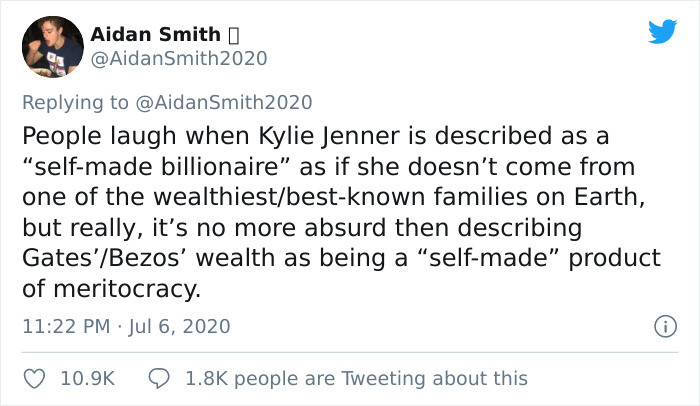 The point of the story is that people shouldn’t feel too bad for being broke because many very wealthy people had financial backing.

Aidan told the reporters that he has a decent number of followers and is used to his posts getting moderate attention. “But I’m pleasantly surprised by how much of an impact this tweet in particular had.”

He says that thinking that some prominent billionaires are self-made when they might not be is toxic. “For one, even in the rare cases in which people from working-class backgrounds amass exorbitant wealth, it’s still not ‘self-made’ given that amassing wealth on that scale will always have come from ruthless exploitation of others.”

Bloomberg noticed that if Bezos’ mom and dad kept all of their shares in the company, they would have been worth about $30 billion in 2018. It is unclear how much stock Jackie and Mike Bezos still own.

Bezos and others are successful, dedicated people who are not afraid to take risks (and deserve every credit for their effort), but they're not completely self-made.

Aidan's post got more than 489k likes, nearly 150k retweets, and opened a debate. Some of the internet users were amazed to learn some of the stuff that Aidan posted.

Others agreed with him. But let's not forget – if you are born poor, it doesn't mean you have to stop trying.

People couldn’t agree over Aidan’s posts. Some believed that success is a success no matter what, and others concurred with Aidan’s points. 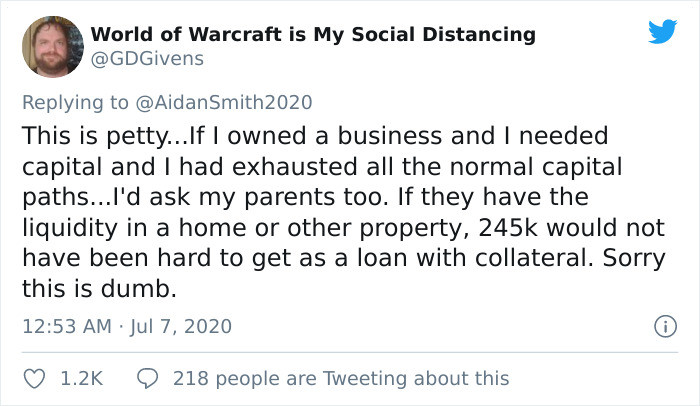