What a startling sight! — that was how volunteers from the British Horse Society exclaimed in East Durham, England when they visited a building site.

Close to the building was a horse named Heidi, whom the volunteers thought was already dead. She was nearly drenched in mud and was lying among the rubbish.

However, once they got near her, the volunteers noticed that she wasn't dead at all as they heard her breathing very slowly... but she was in a very terrible condition. Heidi could barely stand on her own feet and breathe well.

Despite her unimaginable condition, the volunteers have not given up on her and they thought of giving her a chance to live even though it was negative. Determined to help Heidi, the volunteers called for immediate assistance from rescuers, who carefully and gently took the dying and starving horse to the shelter.

Who could have thought that the very exhausted and dying horse would have another chance in life? Nobody did, not even the volunteers.

All they thought was to help her, at least. But Heidi was strong-willed, and she never gave up too. She was able to overcome whatever difficulties that came along her way, and now, she's winning not just in life but in horse shows as well.

Read along to see how Heidi had transformed into a beautiful and award-winning pony!

This was the terrifying sight that the volunteers saw before their own eyes.

When they saw Heidi, she looked lifeless, nearly drenched in mud, and was lying among the rubbish in the area. 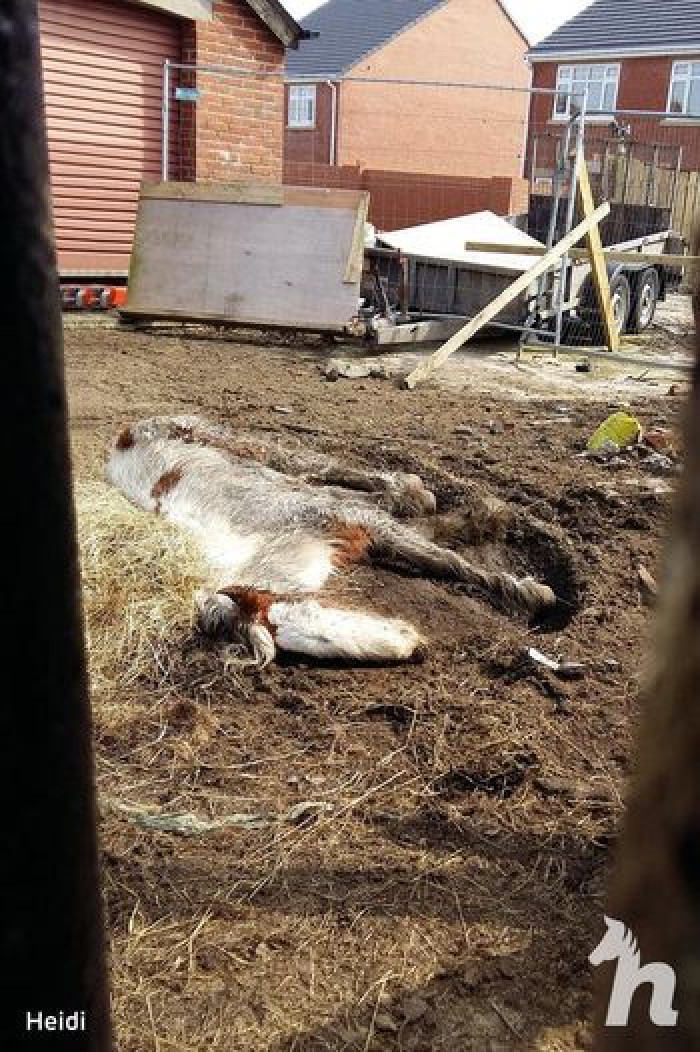 Heidi, in her very terrifying condition.

She was so dirty, could barely stand and breathe. The chances of her surviving were not even slim but negative. 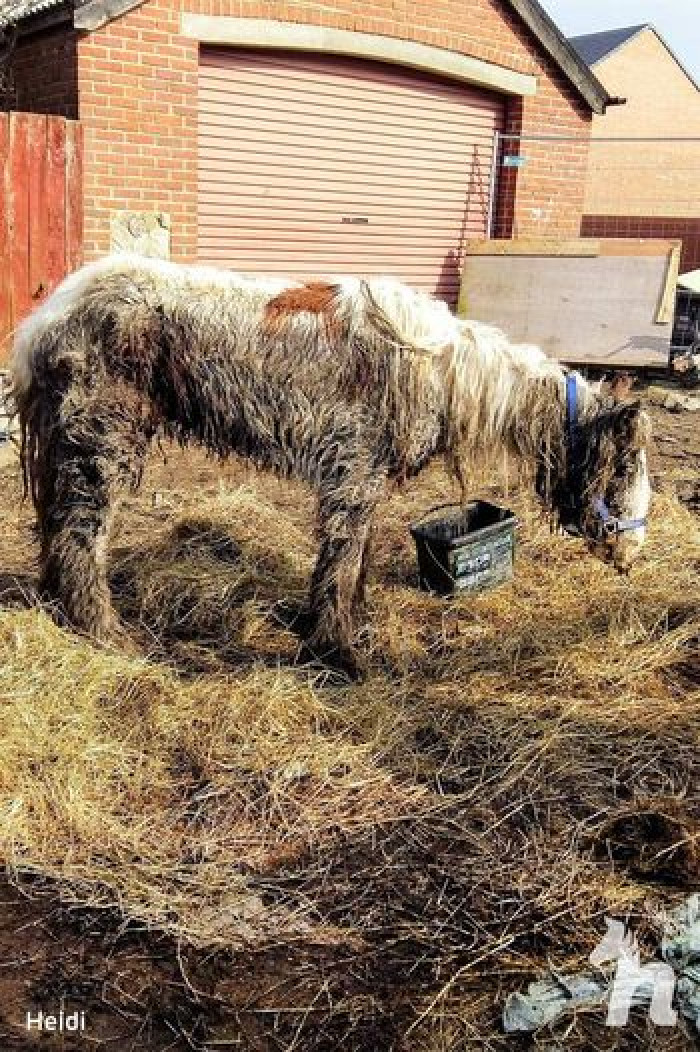 The strong-willed Heidi never fails her rescuers as she starts to recover from her horrible condition.

Everyone who saw and rescued Heidi thought she couldn't get back on her own feet. However, she never failed her rescuers, who gave her a chance.

She proved to be a survivor. Amazingly, she went ahead on her road to recovery.

Although it took her five weeks to regain her limbs' strength and to be able to stand alone by herself, that doesn't count now.

What matters is that she survived her near-death misery. 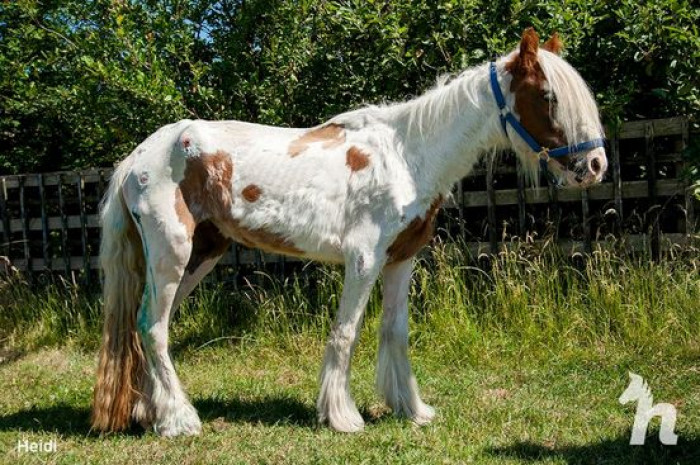 The ugly, dirty, skinny pony has transformed into a fit, energetic, and beautiful mane.

One year after thorough medical care, you could barely recognize Heidi. She has transformed into a different animal.

Her hair was growing back, and she regained her weight. She is happy, healthy, and all well.

The early days were touch and go, as we dealt with her serious weakness and such a low blood protein level that a plasma transfusion was required. It took months and months to get Heidi well enough to run free in our pastures. - Wendy Suddes from the charity Here4Horses 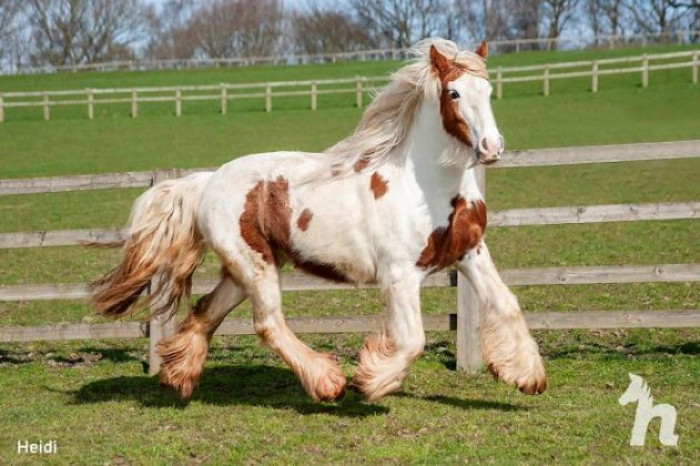 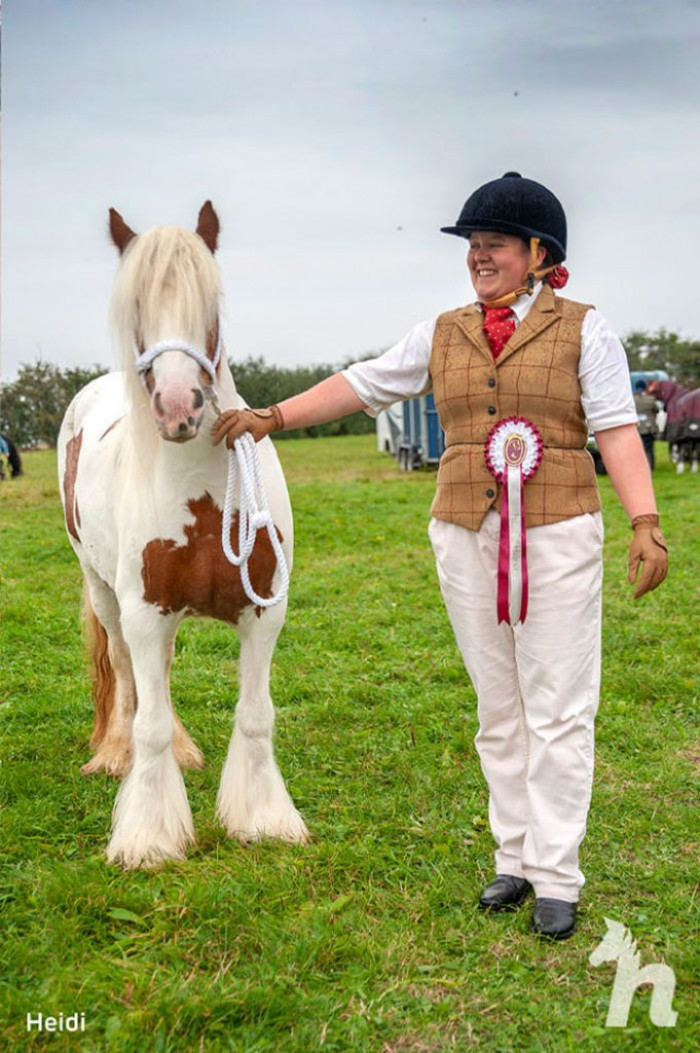 Who would have thought that this dying horse has survived such an ordeal? No one, not even Heidi's rescuers.

We're sure those volunteers and rescuers have been giving her the loudest claps and cheers as Heidi now competes in shows, and she does not join for the sake of joining alone. She is winning in every competition she's in!