The subreddit r/ChoosingBeggars is gaining on popularity fast because it deals with those" I don't believe it" situations and people.

It talks about people who always want something for free but are picky about the quality and the price of that item, service, or whatever. They won't settle for anything but the best and the most expensive.

Naturally, people are outraged by that kind of person and want to share those experiences with the public, so we can all experience that "I do not believe that guy (girl)" moment.

One such story was shared on Reddit by the u/TheBreakUp2013. Read it, and you won't believe it.

The CB wanted her friend to lend her a specific black dress for a bachelorette party in Vegas, and the Wifey very politely said no, because she was planning on wearing it herself. The CB says to that: “Come on… don’t be stingy. I reallllly need it. I don’t have anything to wear.”

Wifey says no again, so the CB calls her “rude,” and asks what other clothes she could lend her. Wifey responded that she is packing light, and can’t spare the space for extra items. 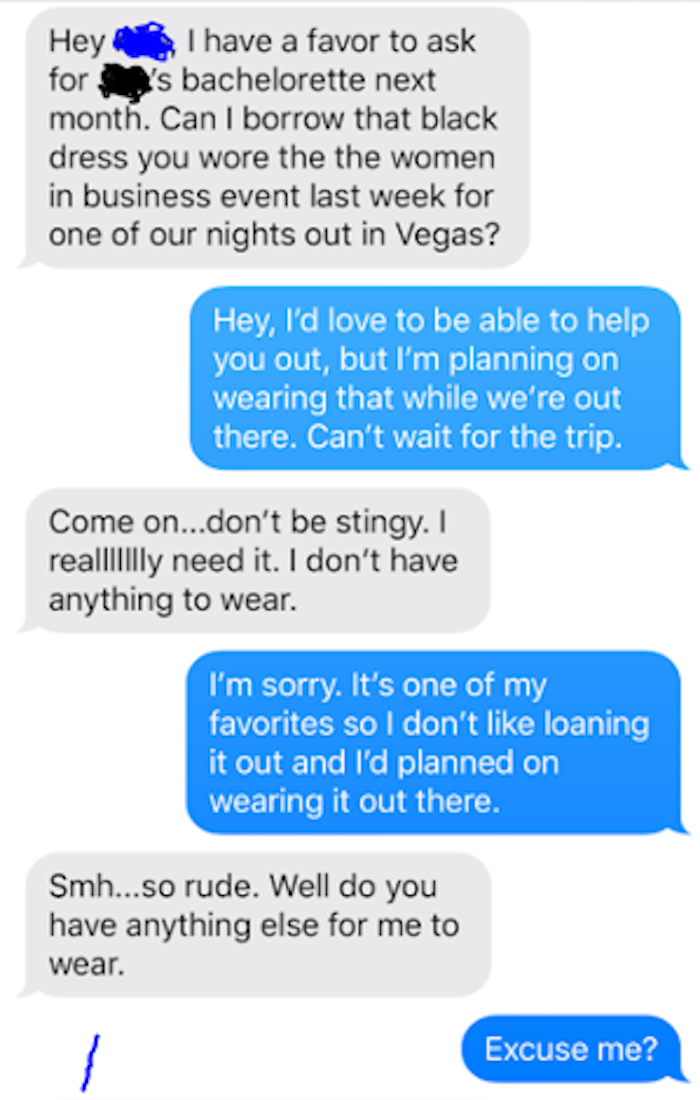 That’s when things start to get really weird. Wife says, “Excuse me?”

“You heard me,” the CB responded. “Don’t you have anything else I can borrow for the trip.” When the Wife said that CB probably has in her wardrobe some clothes she could wear, the CB reacts, “You know money is tight as a single mom…plus I love your clothes. Come on. Throw something nice in for me.”

It turns out that Wifey actually has some experience with lending her clothes to CB. It took months to get them back, they were all stretched out, and she had to pay for the postage. Implying that they are not the same size started a turmoil. 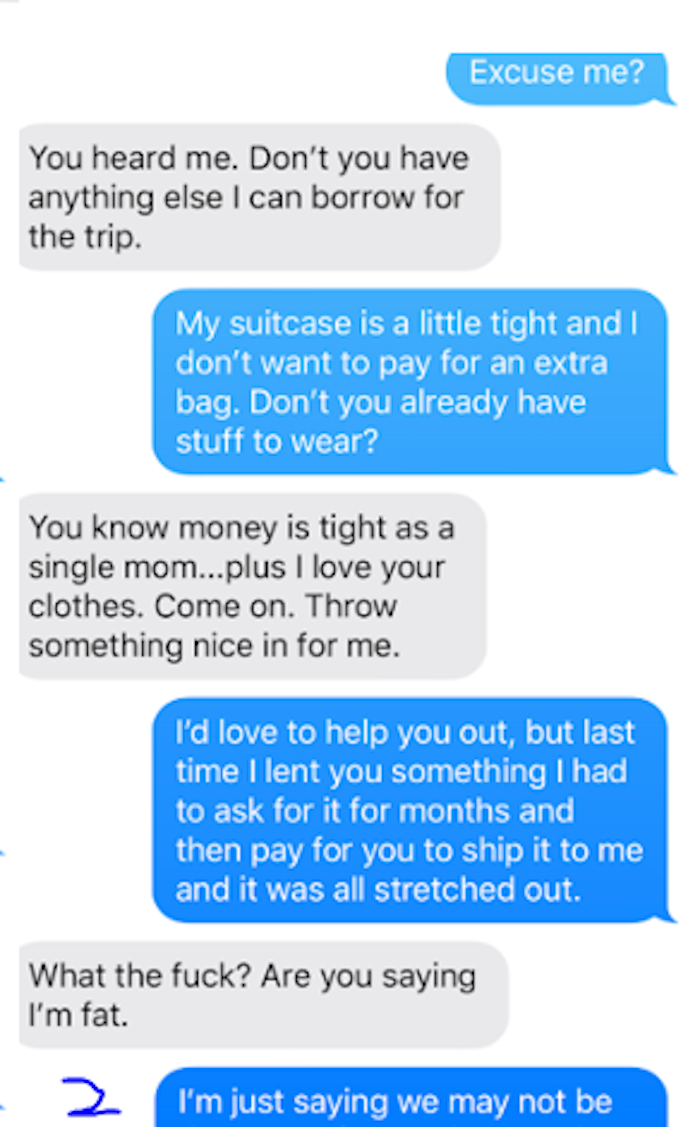 When all hell broke loose, all weapons were drawn, arguments like Peloton memberships, losing baby weight, and so on. The best thing is the CB’s new Lexus. But it is a lease, so it doesn’t count, CB claims. Then she added the c-word for her friend to round up the fight. There is nothing better to heat things up before going on a weekend trip together. 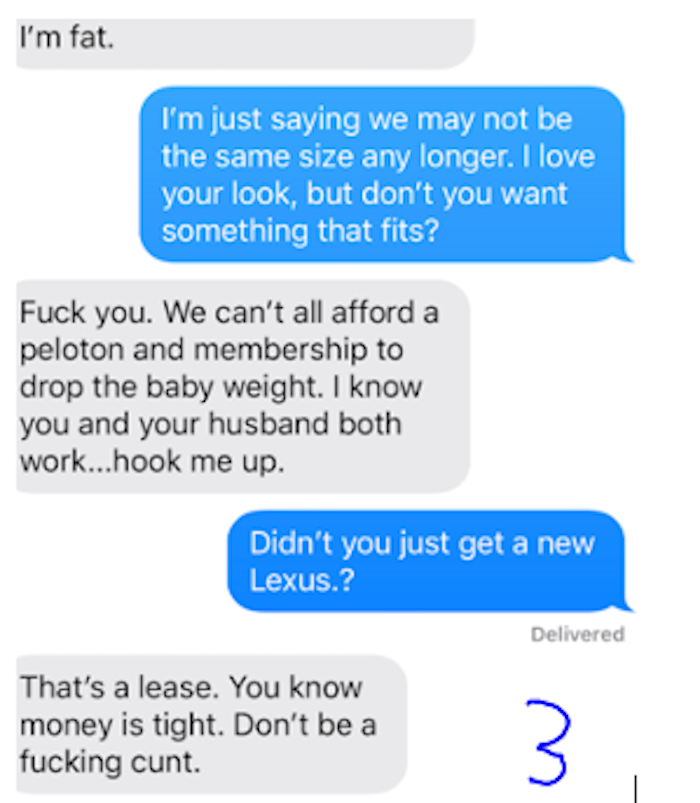 Sadly, we couldn’t see Wifey’s answer to that, but we are all expecting a wild bachelorette.

What do you think about this choosing beggar? Share your thoughts in the comments section.