The name of the raccoon, Pumpkin isn't the only cute thing about her. Her adorable face will leave you breathless and she also has a family that loves her, but it wasn't always like that for the beautiful animal.

Pumpkin fell from a tree when she was only a month old and with that broke one of her back legs. That's how Pumpkin became extremely weak and needed urgent medical help.

Rosie Kemp was the one that found the cute animal. Her first thought was to wait for the poor raccoon's mother to hand her the tiny cub. However, upon realizing that the mom isn't going to come back, Rosie decided to give Pumpkin a new home at her own house.

Rosie's daughter mentioned that raising the raccoon was something close to a full-time job. She said, “They are so unbelievably intelligent, very aware, and I would say they are even able to express emotions.”

Most of Pumpkin's days recently have been full of chilling next to the air-conditioner, exploring, eating loads of food, and taking Instagram photos. They even taught her how to use the toilet, which is out of the ordinary.

Another exciting thing is that Pumpkin became friends with Rosie's two rescue dogs. She pretty much follows them everywhere they go and thinks she is a dog herself.

Rosie's daughter, Laura also clearly stated they're not good pets to begin with. They're not close to dogs and cats in general and if they don't get something they want, they will let you know dramatically.

You should also know that Rosie and her family live in the Bahamas, where you can't find any raccoon rescues, and that's why it's legal and normal for locals to take care of them.

1. This was the day Pumpkin joined the family. 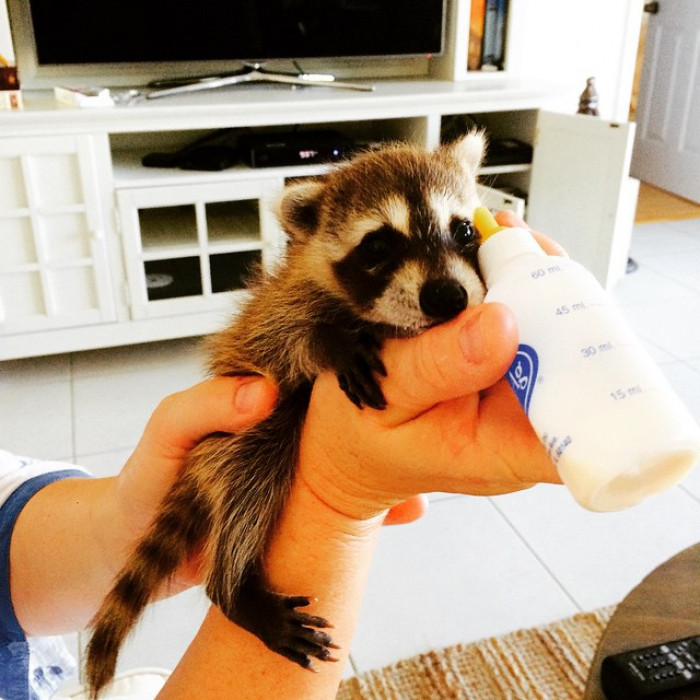 2. A kiss is always necessary 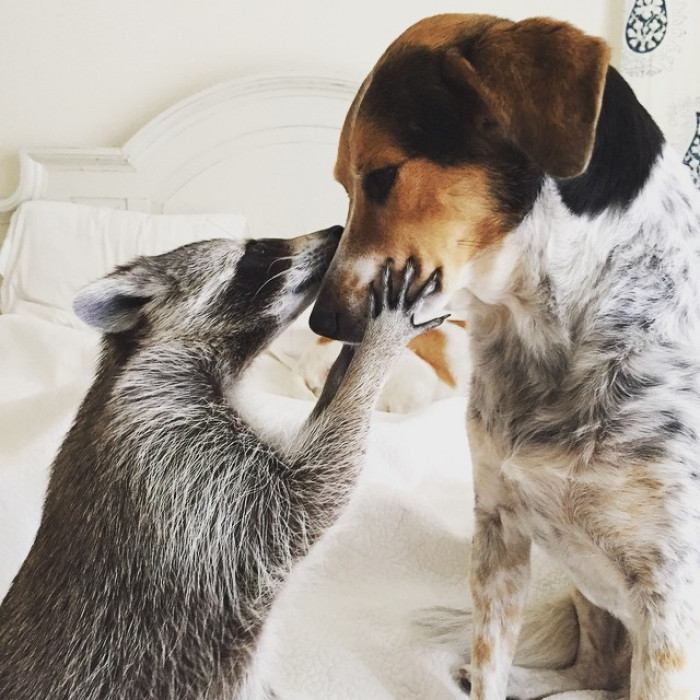 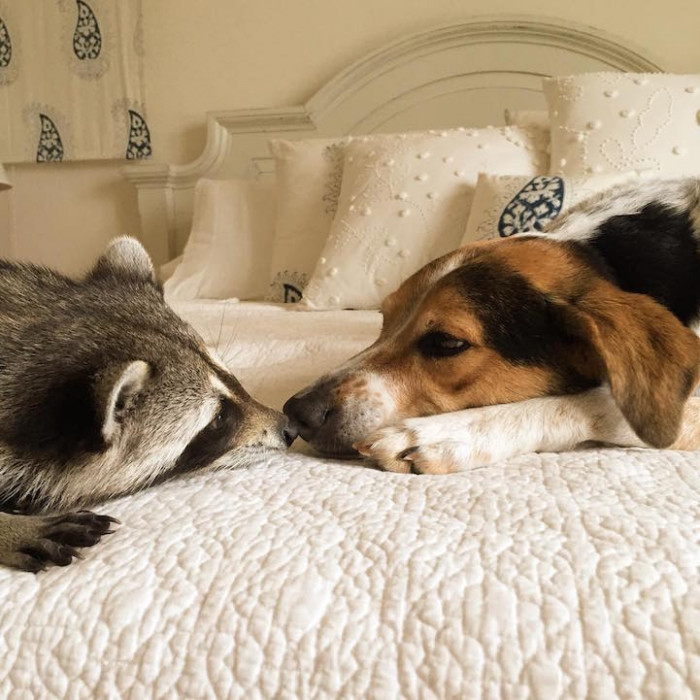 4. Feeling safe with one another 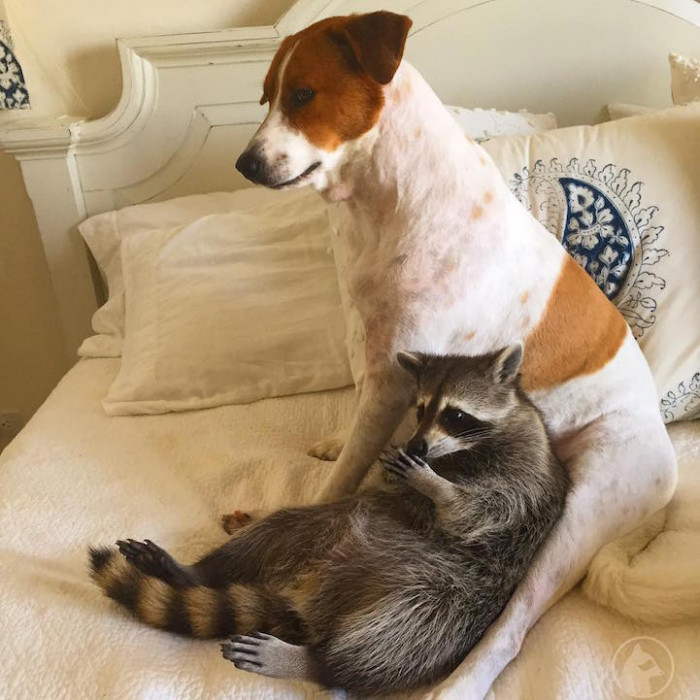 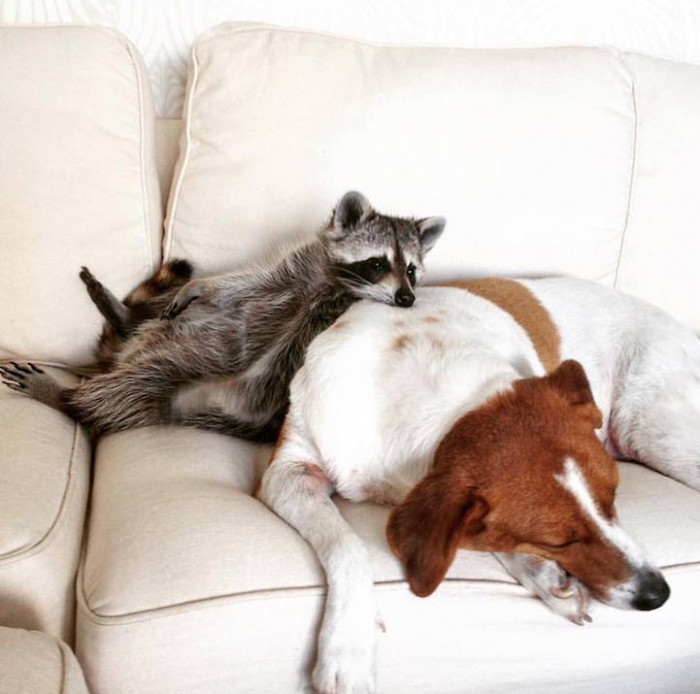 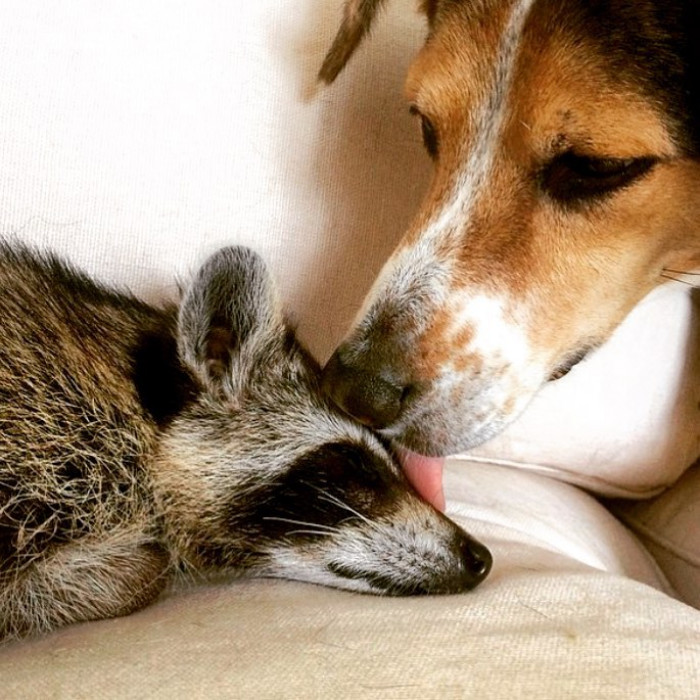 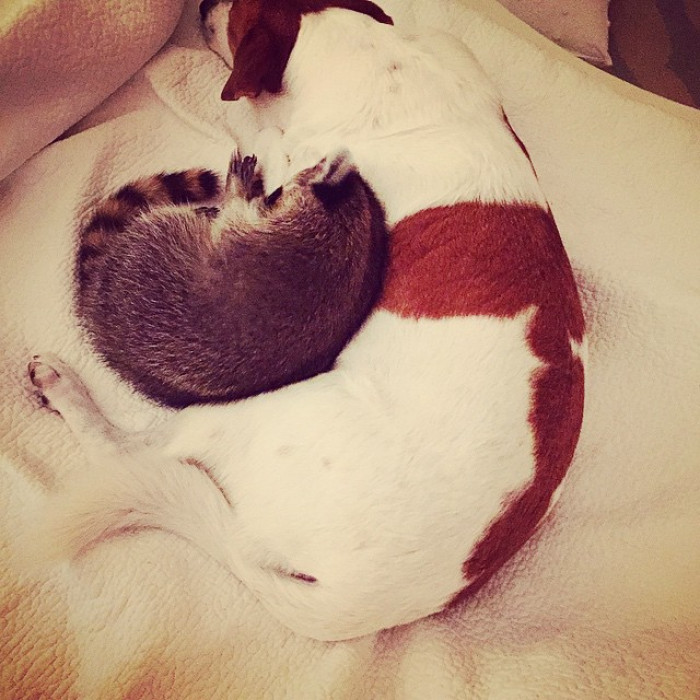 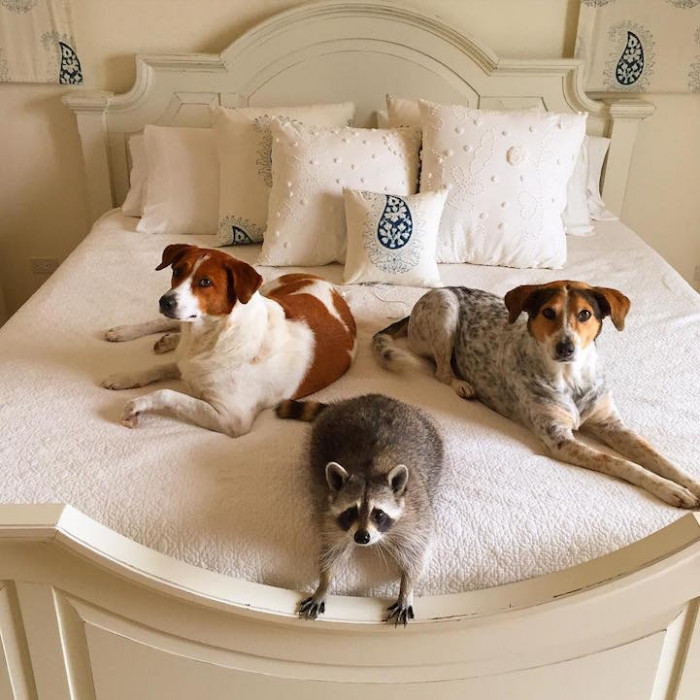 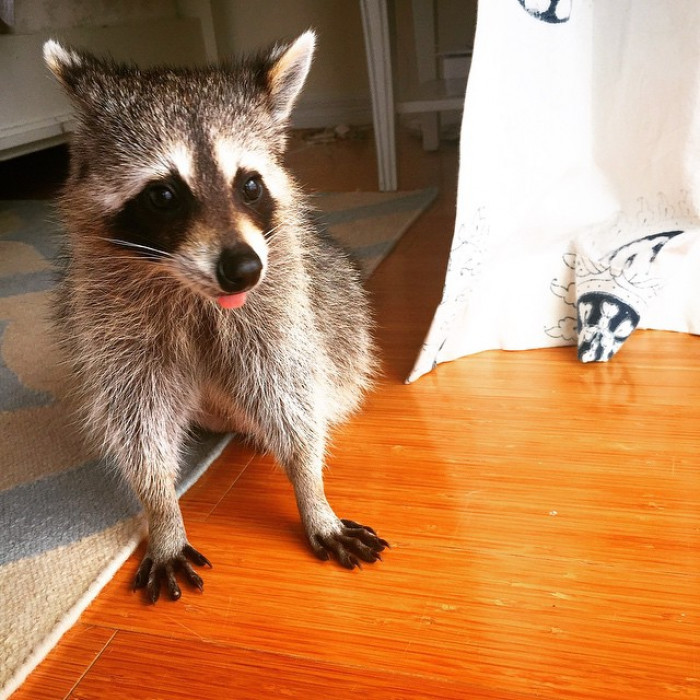 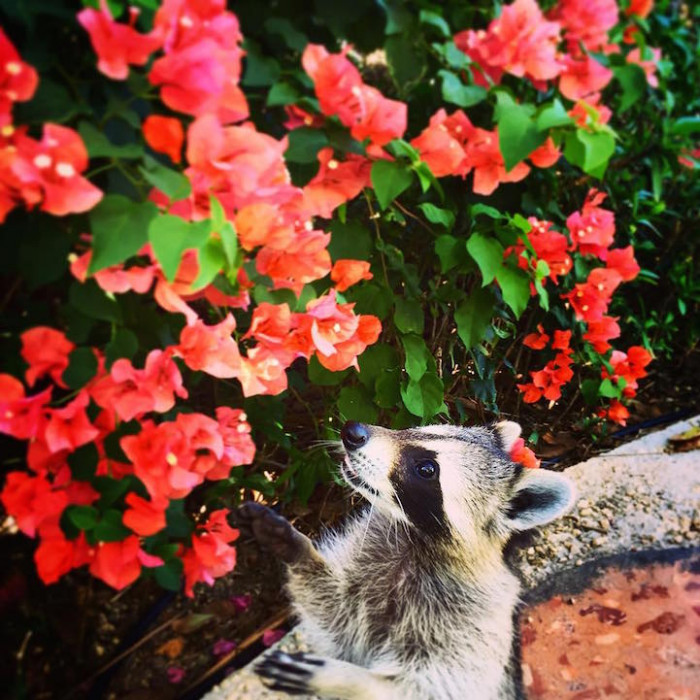 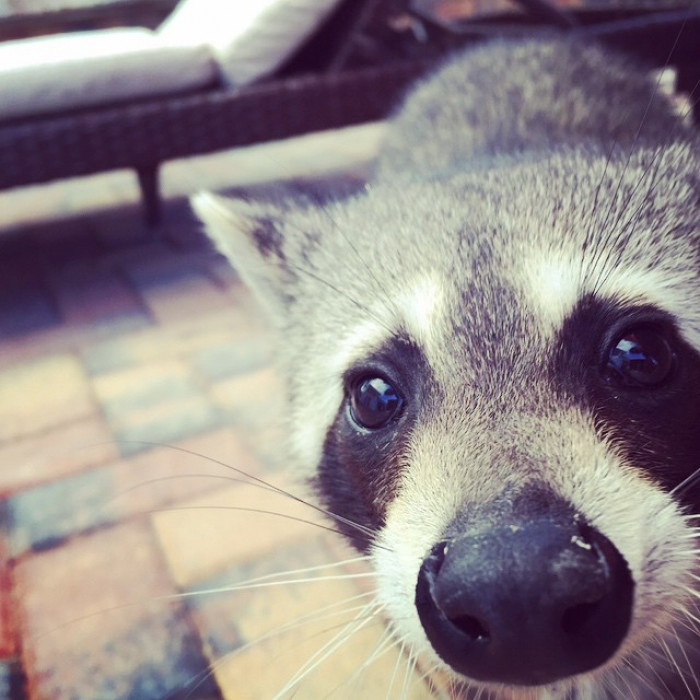 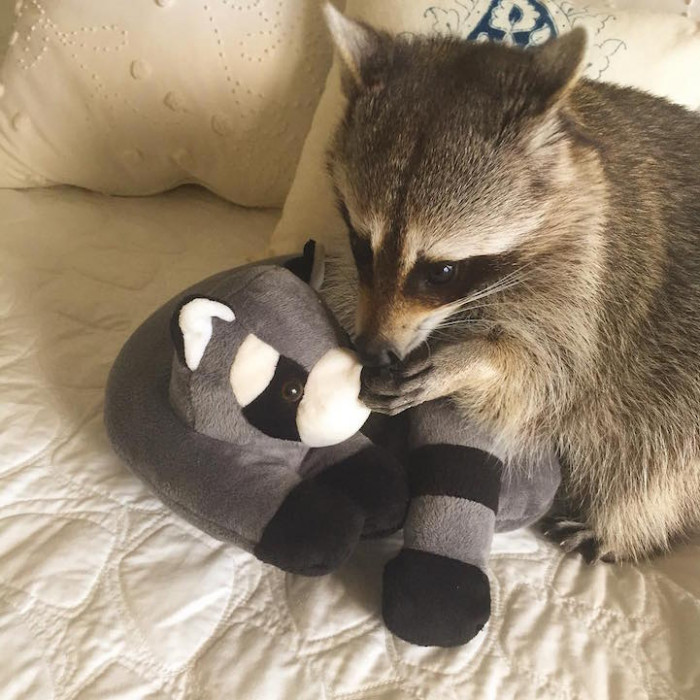 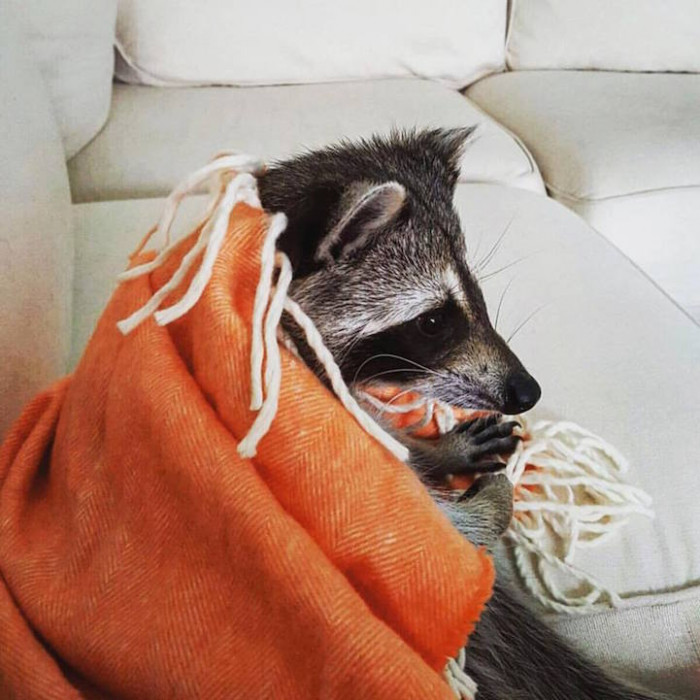 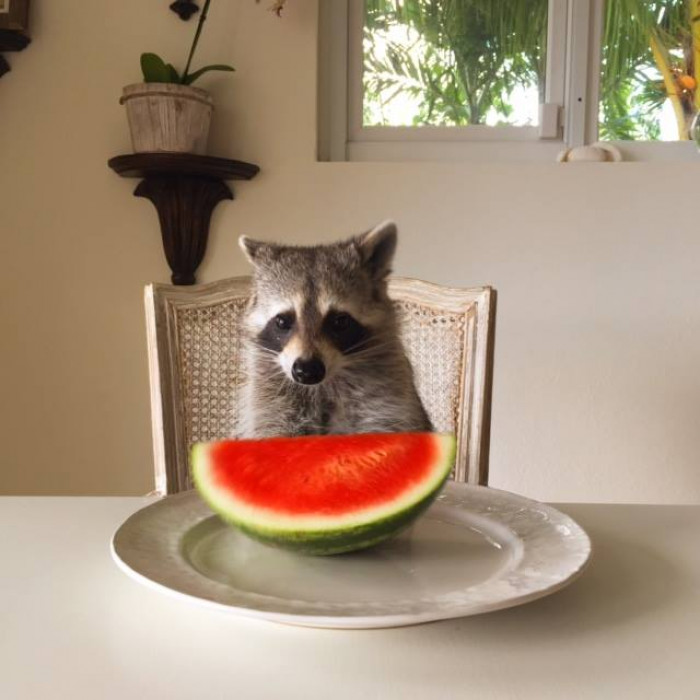 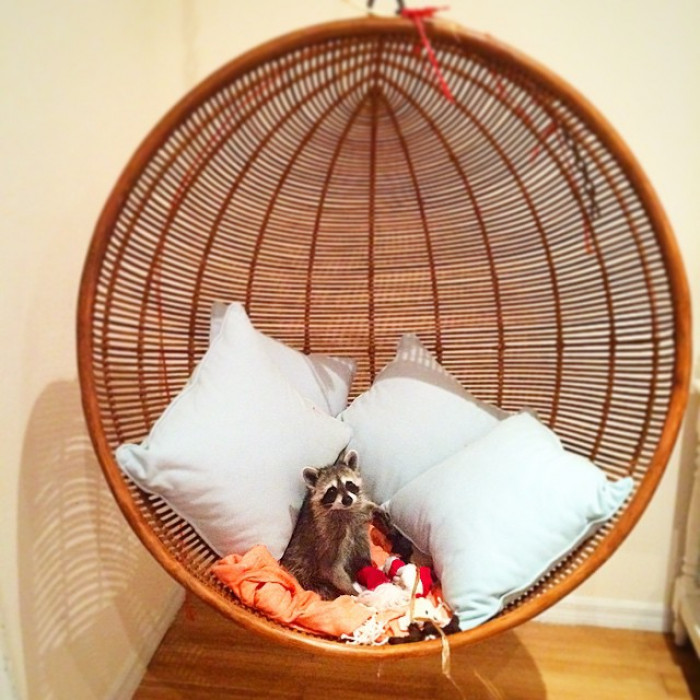 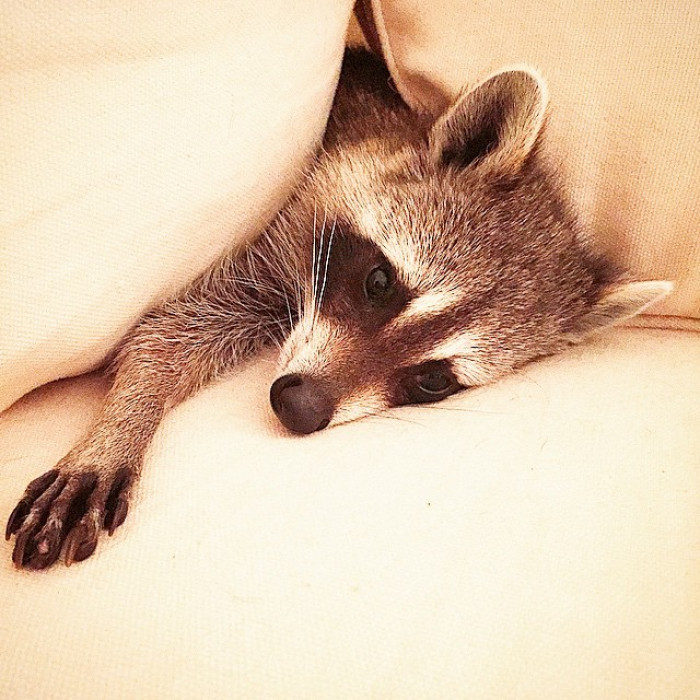