Faye Lewis of Springfield, Illinois, is a single mother and student, working towards her goal of being a family nurse practitioner. Recently, prior to graduating, she was going through some of her belongings at her mother's house, and was discussing with her mom how far she'd come since her first job.

She noticed all her badges from the jobs she had through the years and thought she'd share a photo of them to illustrate to her friends what a journey she'd been on. The single mother had no idea just how much she'd move and motivate her friends - and how viral her post was going to be. 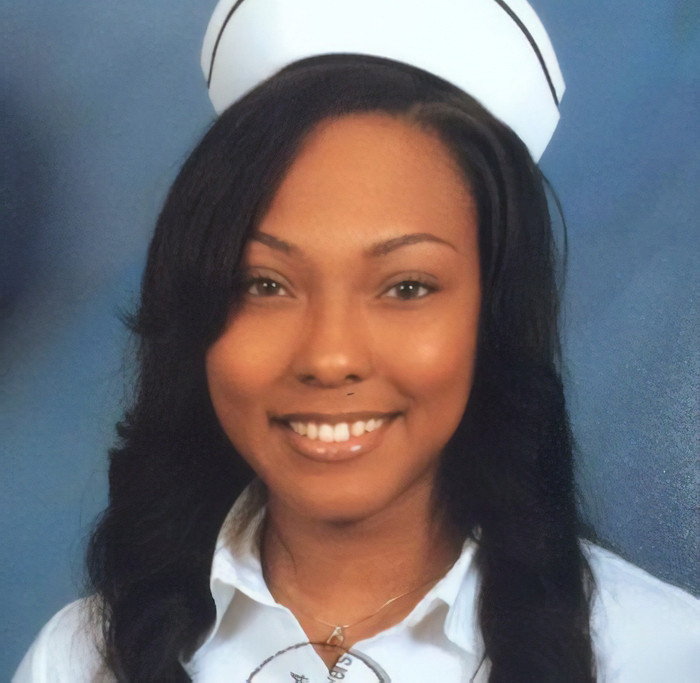 Faye became a KFC team member at 16, hoping to make some extra money and help her family. She says she knew she always wanted to be a nurse.

She worked there during her first few years of college, but after not being initially accepted into a nursing program and becoming pregnant in 2010, things slowed down career wise. 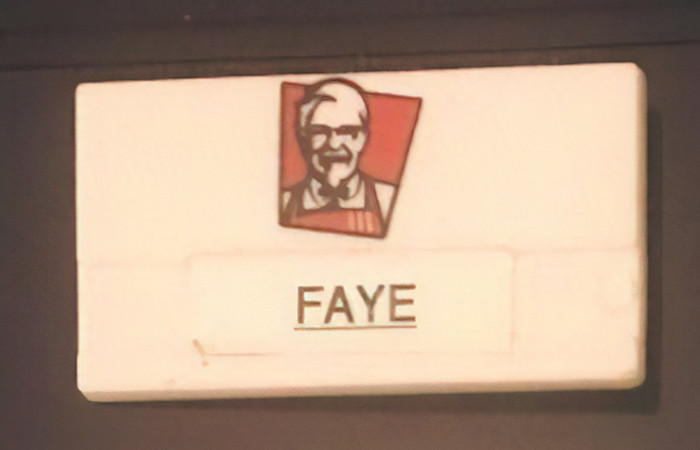 Faye was promoted to a manager at KFC after becoming a mom. 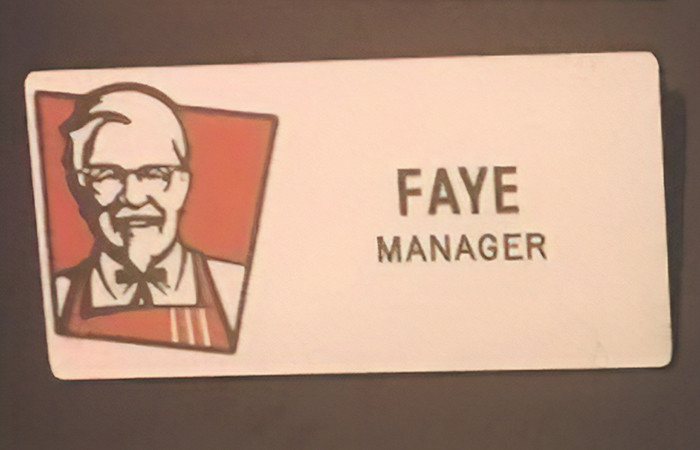 While still managing at KFC, Faye also starting working as a housekeeper at an assisted living facility for the elderly. Government program, 'New Step' allowed Fate to complete studies as certified nursing assistant training and she then started working at Memorial Medical Center 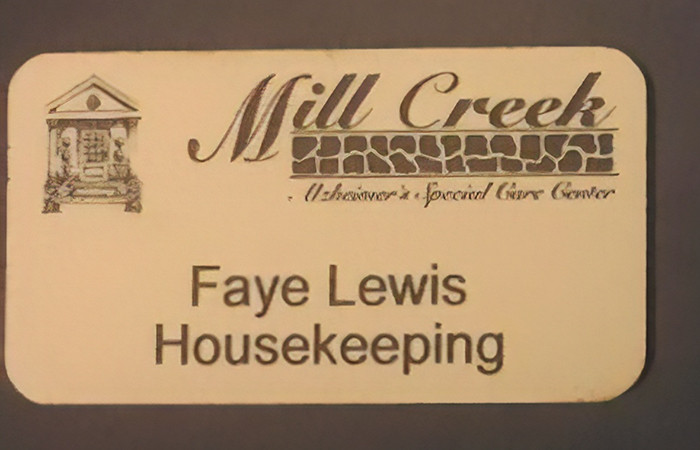 A job amongst her peers

Finally Faye was able to work in a hospital environment surrounded by registered nurses who she aspired to one day be like. Inspired by them, she enrolled into an LPN (licensed practical nurse) program (which she completed in 9 months) and she then started pursuing her Associate’s Degree in Nursing. 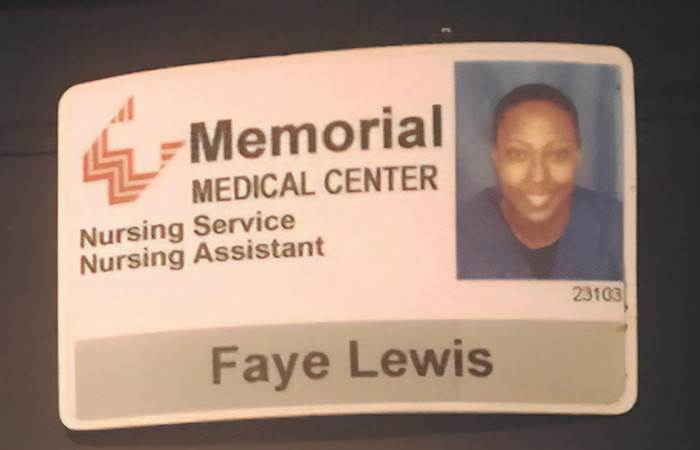 Faye was absolutely killing it and was so close to her goal. 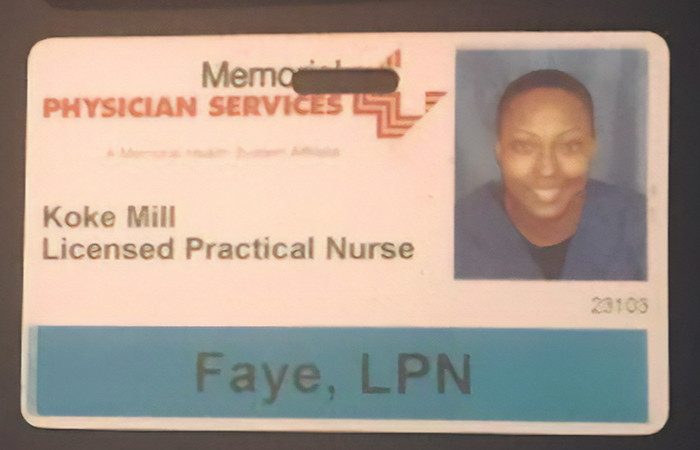 Faye was absolutely killing it and FINALLY reached her goal of becoming an RN! 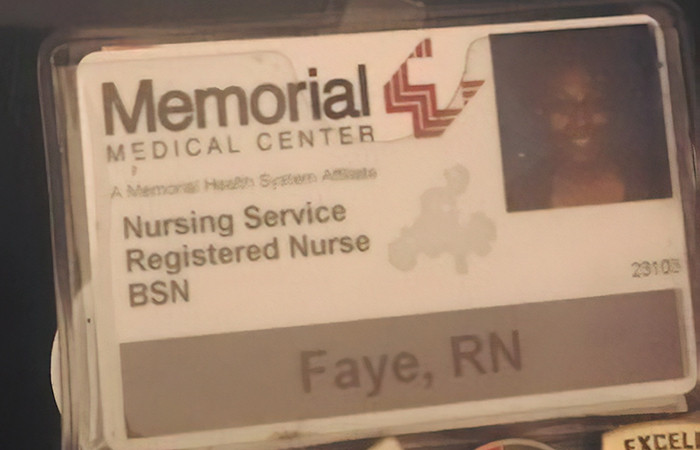 Faye joined a doctorate program to become a family nurse practitioner. Her journey has touched hundreds of thousands of people on the internet who read the single mother's story.

The entire time, Faye continued to face challenges, even losing her father, but she never gave up and knew that he of all people would have wanted her to keep going until she reached her goals she'd set herself while still raising her young son.

The image of all the badges side by side tells the story of her struggles and her victories. 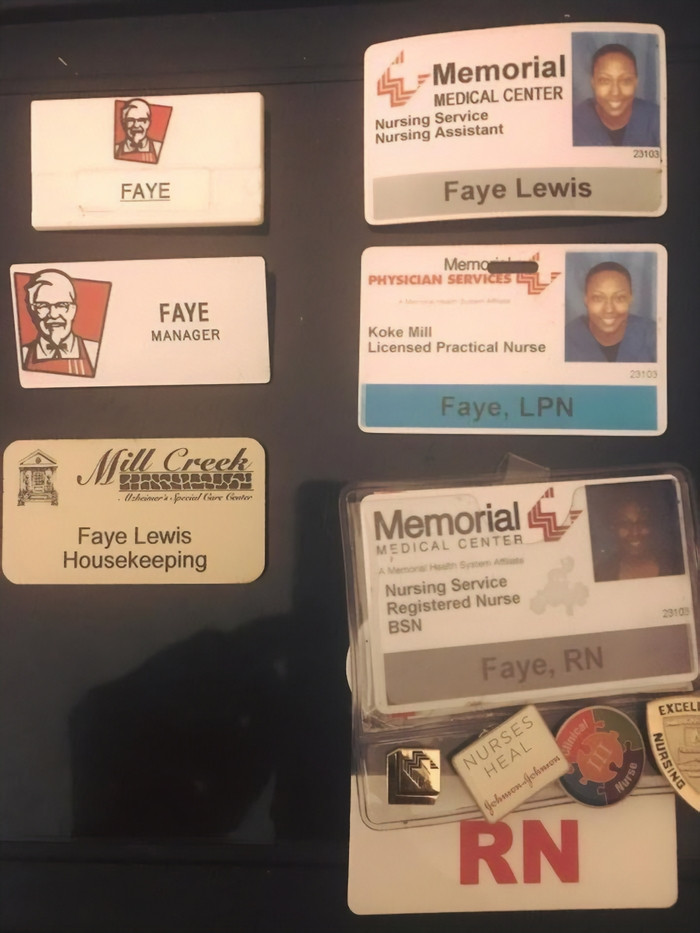 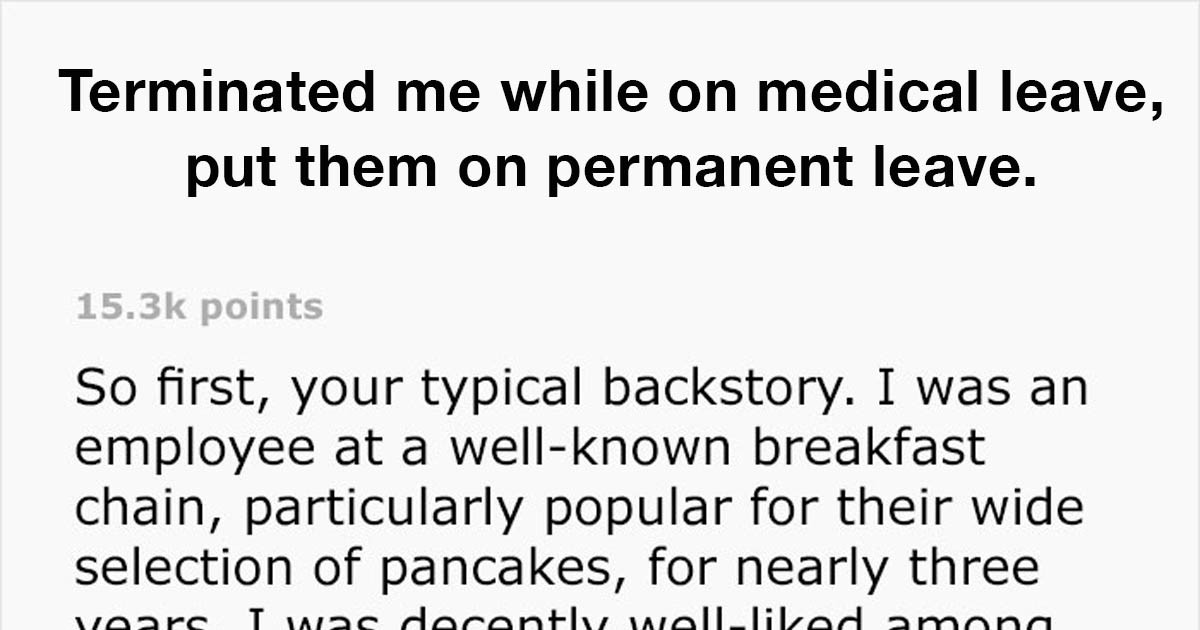