Men objectifying women is commonplace these days, and one woman learnt this the hard way. One of her university peers accidentally added her to a group chat where men had sexualised her in a slew of disgusting messages. They added her to the chat without realising that she could see the messages that had been sent prior. She took to Facebook to vent her frustrations and share the chat with her Facebook friends.

While she didn't name and shame the men, she did share all their comments. After this the men begged her to take the screenshots down but she refused. She didn't remove the evidence of the messages, stating that she wanted to make sure they wouldn't get away with what they did.

Some of the messages she saw.. 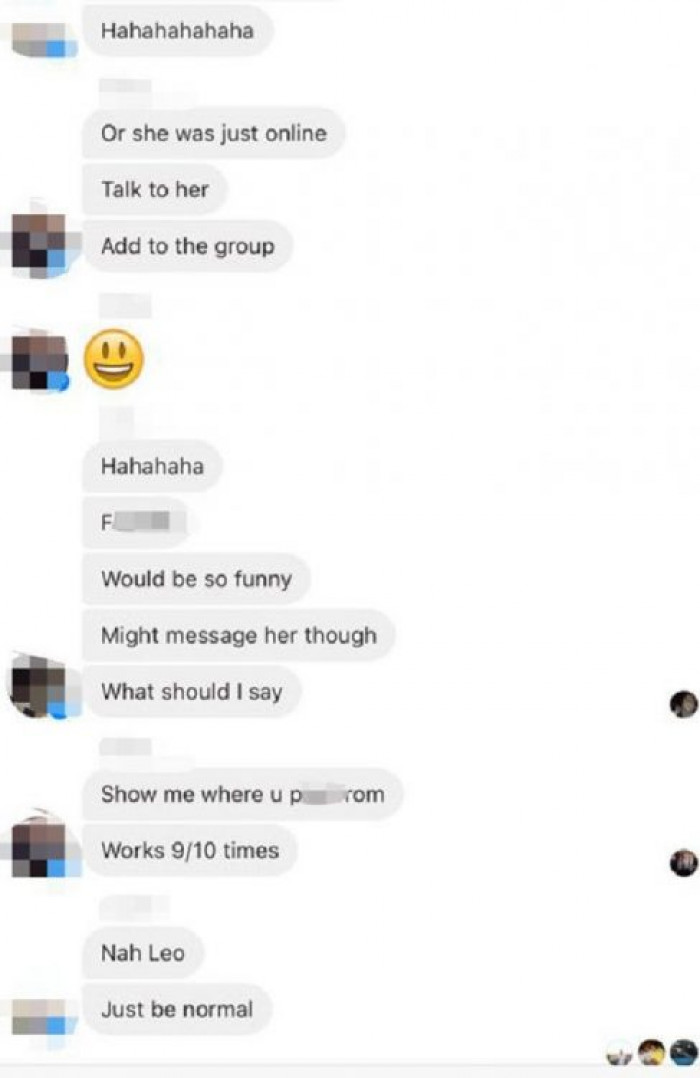 And even more of the messages..

The messages continued and this is when Eleanor consulted her sister, who advised her to share the messages on Facebook. 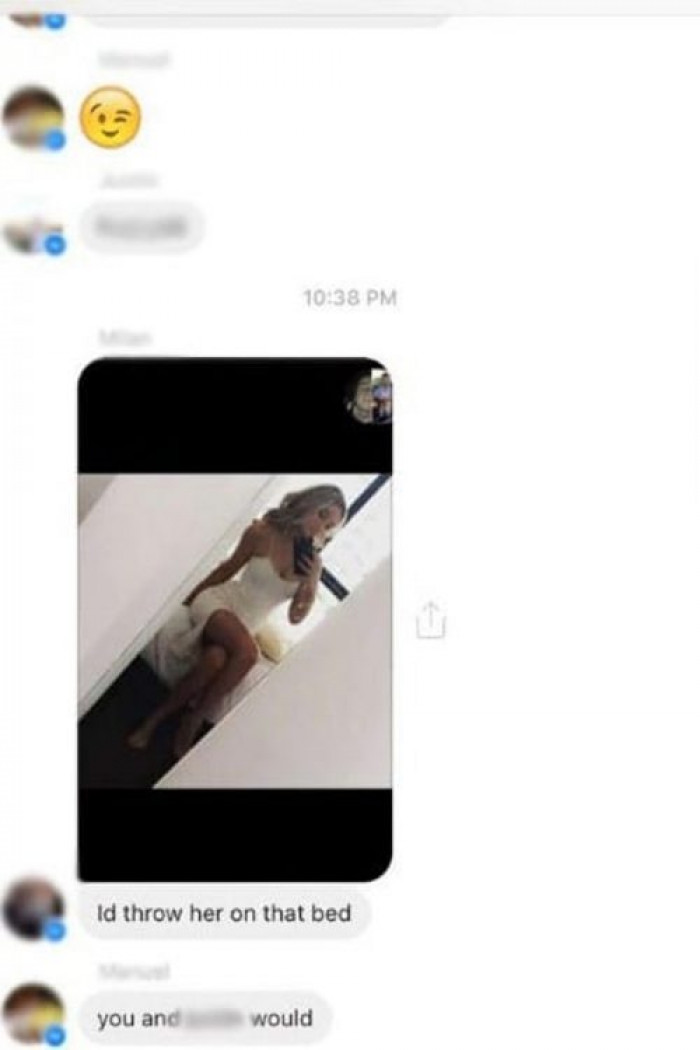 After exposing the men, one of them had the nerve to ask her to take the post down. A request that she unsurprisingly declined. 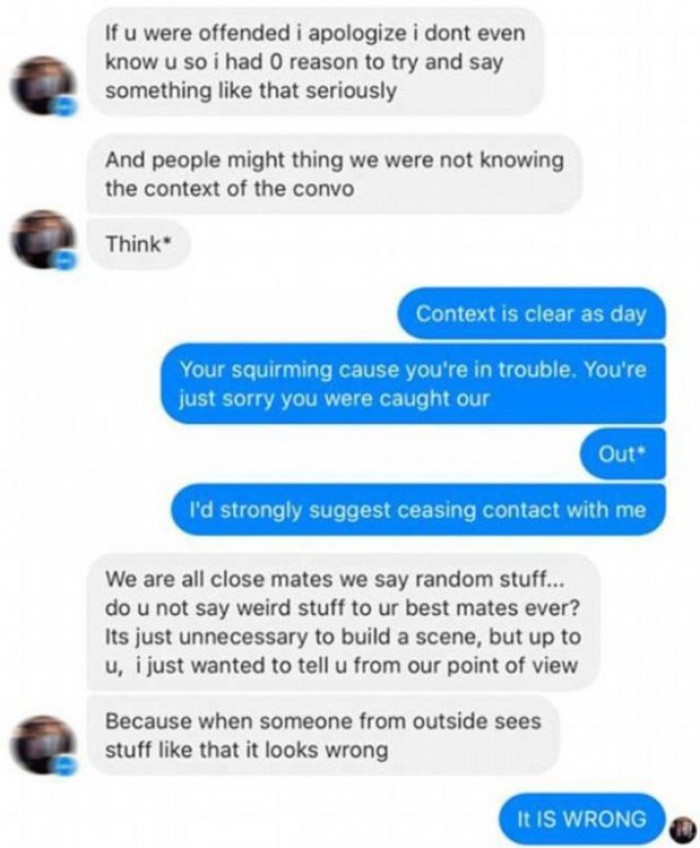