The following story rates very highly on the mental list I have running of the most messed up things I have ever read on the internet. Weirdly, Reddit is the source of most of them.

The thread r/relationships is a place where people are able to go and post about their relationship problems. The replies are filled with anonymous strangers offering their opinions into the situation. Unfortunately, a LOT of them are posted by women who ask if they’re overreacting for wanting to be treated with the respect that a regular human being deserves.

The following story is supremely messed up, so scroll on with caution.

The original post on Reddit has since been deleted, but it was captured and shared on Twiiter.

My partner has been putting slugs in my food for the pasr 2 weeks (cw: wtfffff) https://t.co/lJAKmTG1Vp pic.twitter.com/xDBatyaYjH 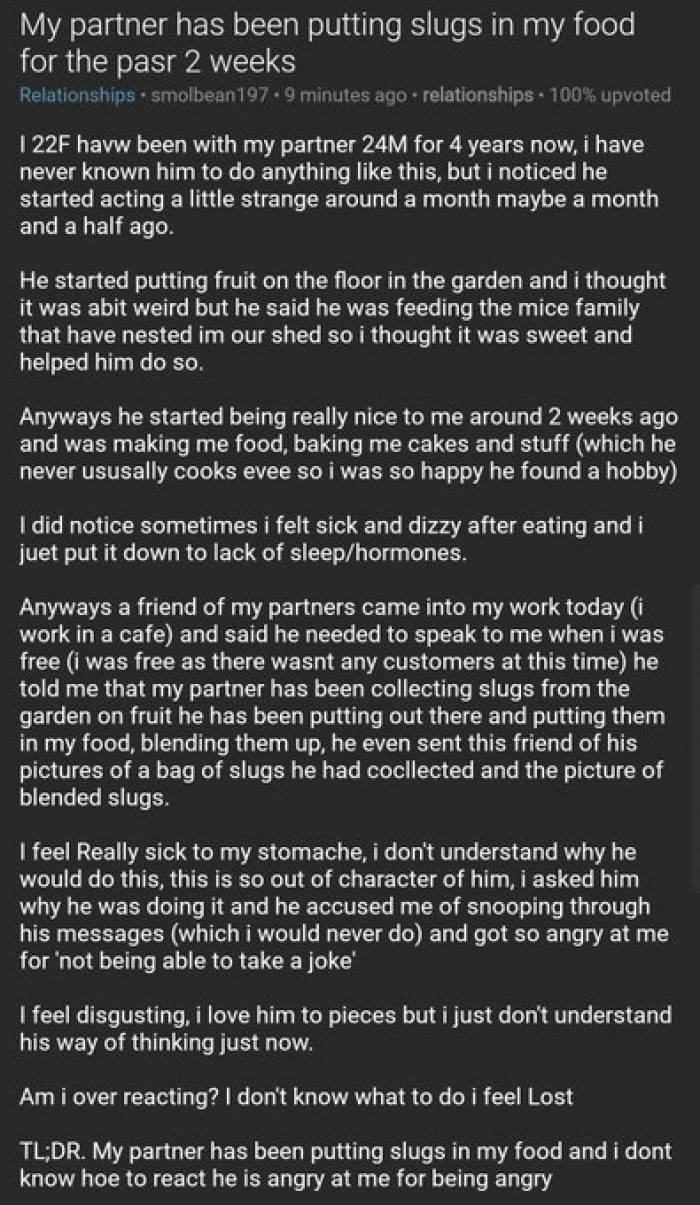 Other users shared some of the comments on the OG post 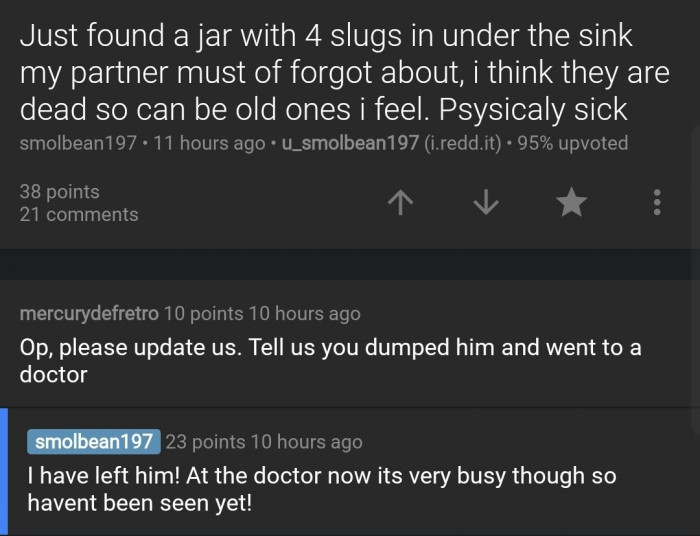 THE UPDATE MAKES IT WORSE 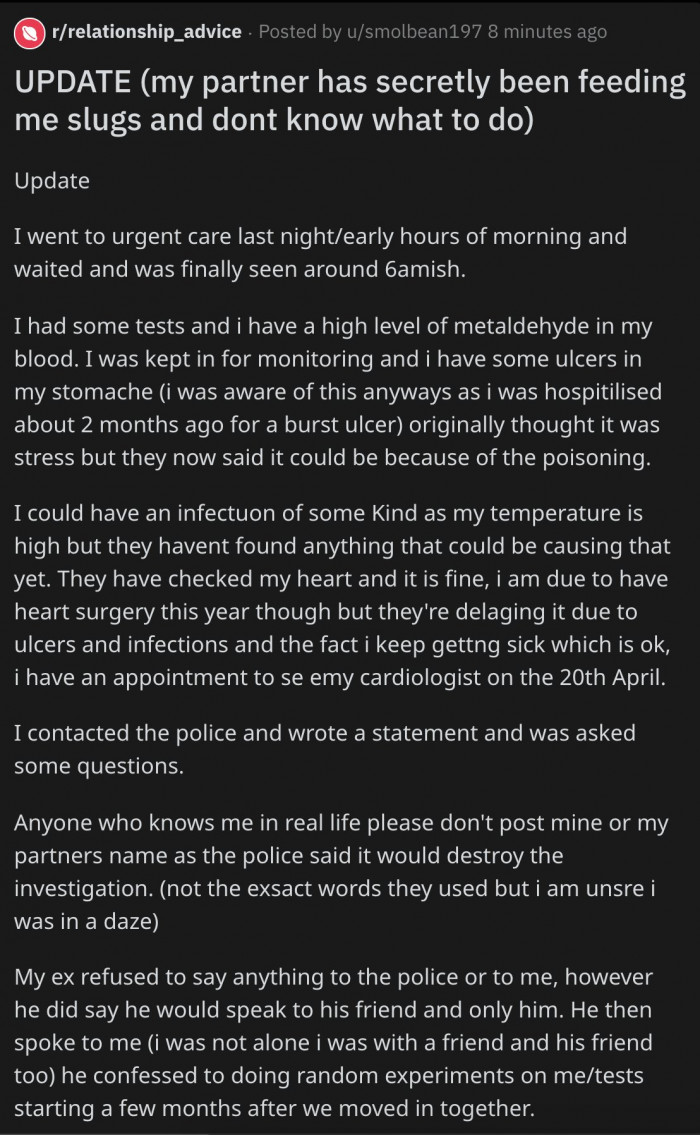 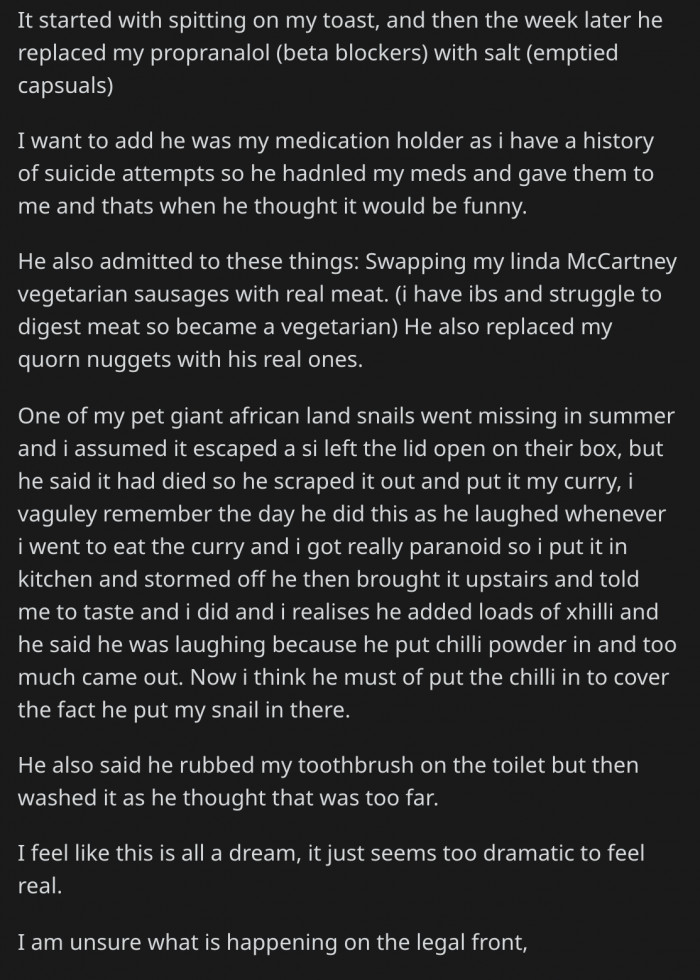 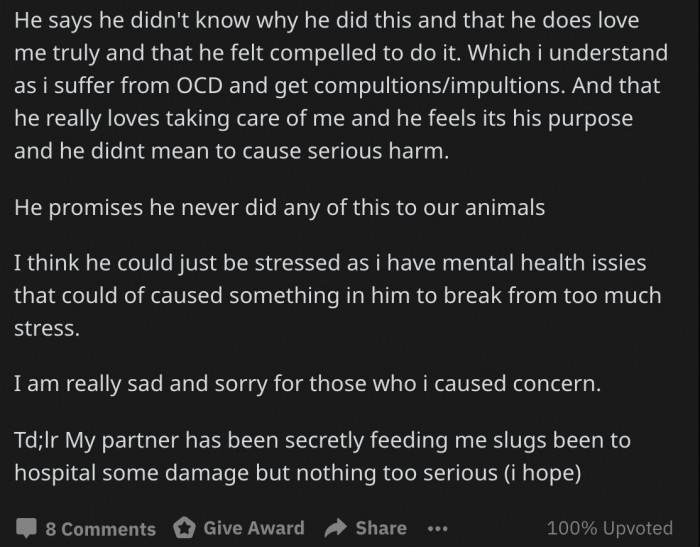 Well. I guess I’m done with breakfast. (Also, I’m going to be posting a picture of the slugs in a reply so... brace yourselves) pic.twitter.com/ev3G6dl5uw

OP wondered if she could press charges... 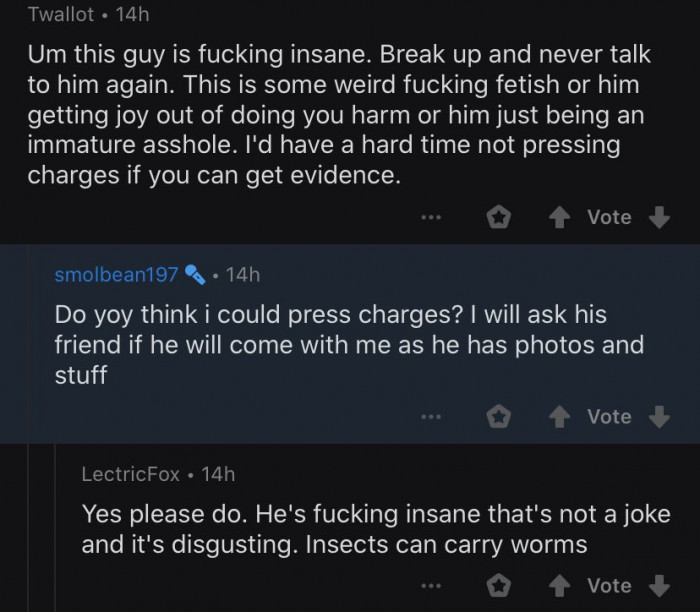 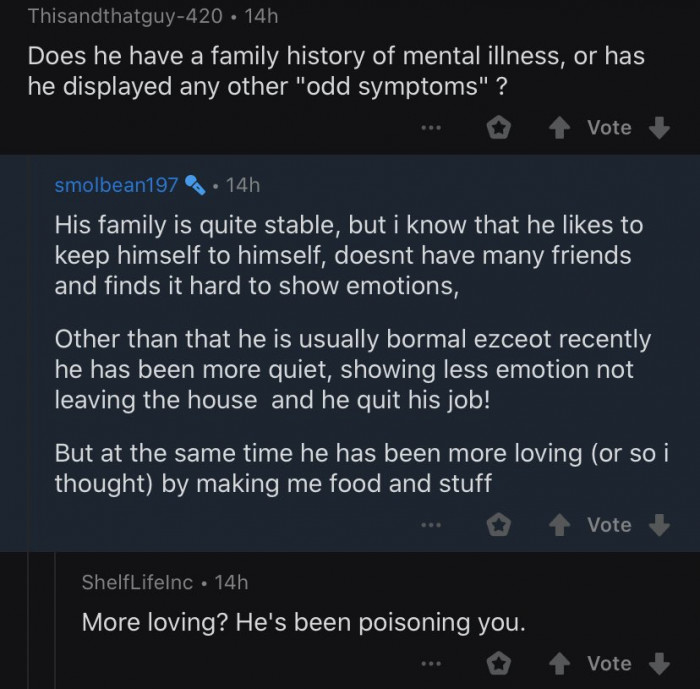 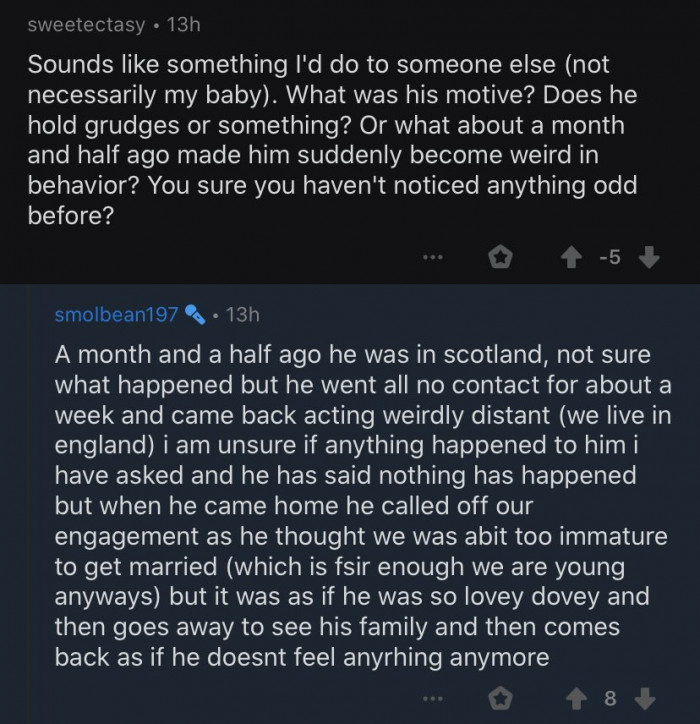 And the dog, too! 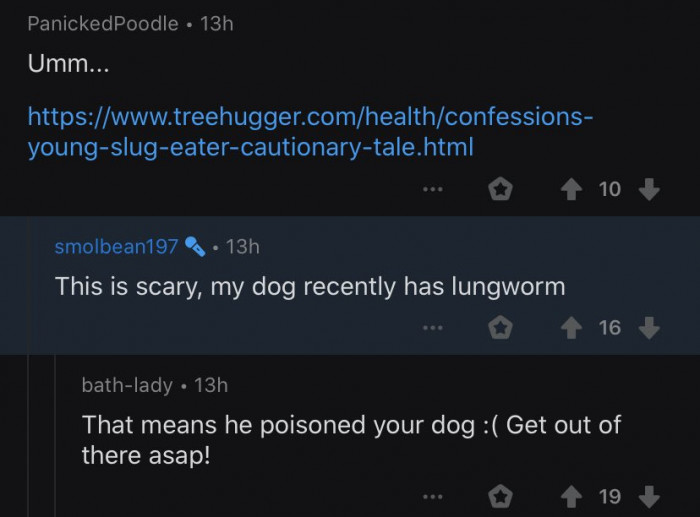 My heart goes out to the poor woman....

I just re-read this awful post. This man is actively, systematically trying to poison his girlfriend, leading to her health deteriorating.

She asks, should I try to understand him better? Is it really serious?

He must have been working on her for a very long time. Appalling.

I blame myself for thinking men can't get any worse when it comes to poisoning their gfs pic.twitter.com/KNSctkRxez

The world is a dark place

I was so busy worrying about Covid-19, I forgot about the public health menace that is straight men in their 20s

(No, that is NOT a challenge)

WHAT THE FRICK FRACK pic.twitter.com/RKQtbQx8Lt