With her piercing blue eyes and snow-white hair that set her apart from her ginger-haired friends, Alba, a Bornean orangutan, is the only known albino orangutan in the world.

Alba, which happens to be the Latin word for "white," was given her name through a contest held by BOSF and while they received thousands of suggestions, they believed there was no better fit for her other than "Alba." Rescued in 2017 from fascinated villagers who were keeping her in locked up in a cage, the Borneo Orangutan Survival Foundation (BOSF) teamed up with the Central Kalimantan Natural Resource Conservation Agency in Indonesia to get Alba the care she desperately needed.

Alba, who was determined to be approximately 5 years old at the time of her rescuing, was found to be greatly distressed, dehydrated, and infected with parasites. She was sent to sent to the Nyaru Menteng Orangutan Rescue and Rehabilitation Center, where she spent nearly two years under their care and supervision in order to get back to health for eventual release.

Her recovery was slow-going, with her albinism causing her to be more susceptible to many different health problems. Problems such as poor vision and hearing, sensitivity to light, and an increased risk of developing skin cancer.

She is also exponentially more vulnerable to poaching due to her unique lack of pigmentation. In spite of her health risks, she showed “excellent climbing and socialization skills,” according to BOSF.

Read on to see more and learn about Alba and her journey.

And they are closely related to humans, having 97% of DNA in common.

There are three species of orangutan: Bornean, Sumatran and Tapanuli. All three species are critically endangered, and only exist on Sumatra, an Indonesian island, and on the island of Borneo, which is shared by Indonesia, Malaysia and Brunei. 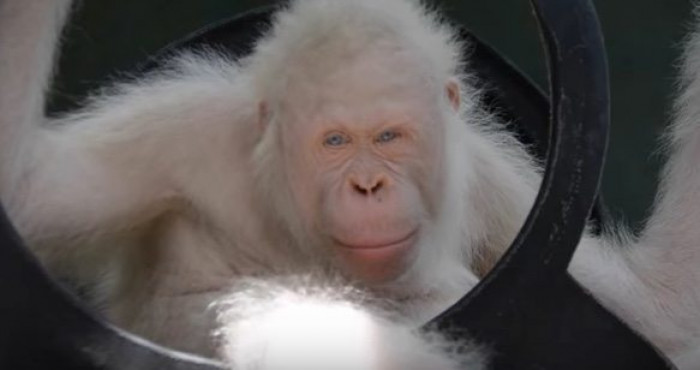 Large regions of their forests have been taken over and cleared for agricultural reasons. The main source being for palm oil production. 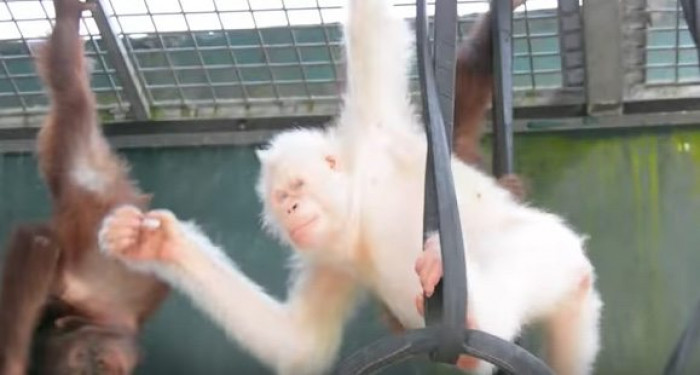 Alba's rare appearance is the exact reason poachers would want to capture her.

To prevent Alba from becoming acclimatized to humans, the conservations were extremely careful with how they handled her. The worst thing for her would be losing her independence and becoming reliant on humans for her survival.

However, Alba expressed a “firm dislike for human presence from the very beginning,” according to BOSF. When released from her cage, Alba was relieved be rid of her human helpers, escaping to the top of a nearby tree.

After gaining worldwide attention, the rescue groups put together an ingenious plan in order to protect her.

In order to help keep her safe, rescuers built an 10-hectare island just for her. This island is cut off by a canal that serves as a natural border.

The island is monitored non-stop, 24 hours a day, with regular patrols conducted by the staff. The staff members collect data on the orangutan's behavior and health.

In addition, they have set up two platforms for feeding that has supplementary food provided twice daily.

It's said that they have shown affection and fondness for each other from the moment they were introduced. Now they get the chance to enjoy the rest of their lives together in the protected forest.

Spending the rest of your life on a protected island with provided food AND your besties? Honestly, that sounds divine. 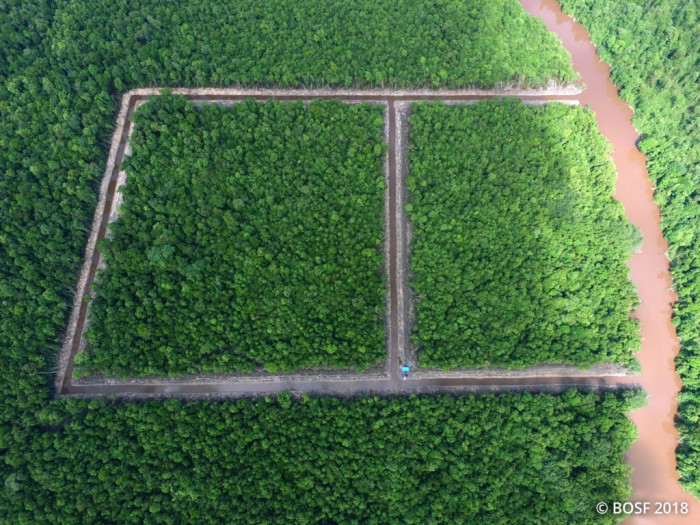 Alba's first year back in the wild

Conservationists shared that during her first year back in the wild Alba spent her time eating, traveling and resting.

Agung Nugroho, head of the Bukit Baka Bukit Raya National Park Authority, said his team reported that “Alba is capable of extensive exploration, skillful foraging, and deft nest building. She also socializes with other released orangutans within the national park."

He also shared that it was especially special to see Alba crossing paths with Unyu. The pair had previously been housed together at the rehabilitation center. 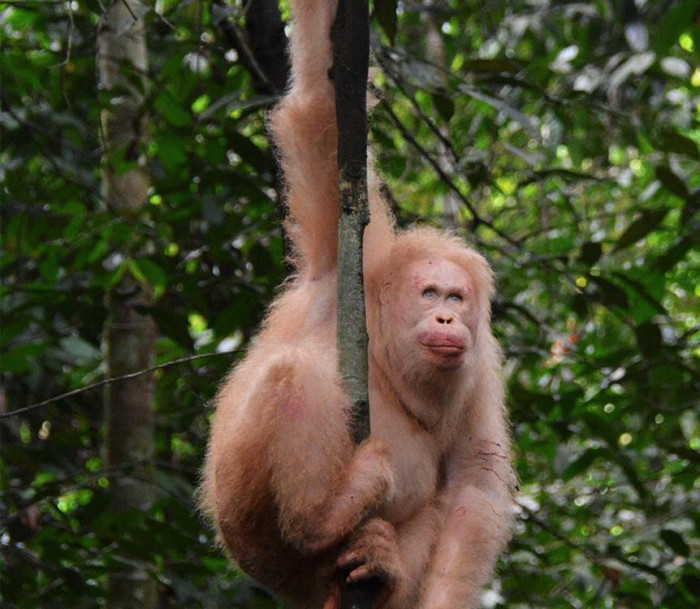 Conservationists will keep an eye on Alba

The BOSF and the Bukit Baka Bukit Raya National Park Office will continue to monitor rehabilitated orangutans after their release, including Alba, to make sure she and the others continue to thrive.

Her progress so far has been “truly positive,” Nugroho says. “We all hope that Alba continues to survive in this forest, and live wild.” 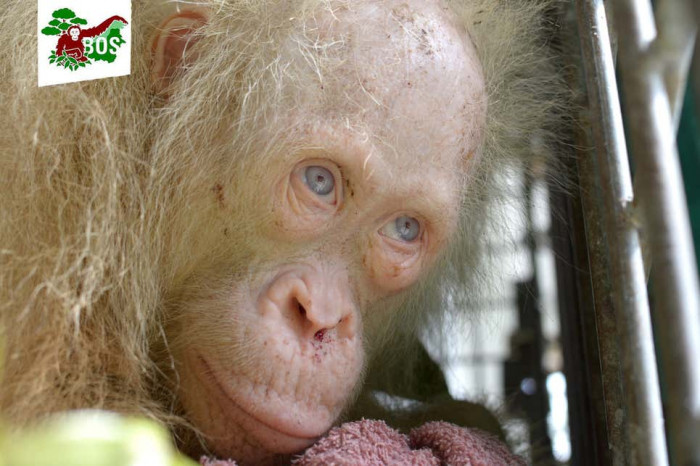 How she came to be Alba

Watch further to learn more about Alba and their efforts to keep her safe and healthy!

Give thanks to the Borneo Orangutan Survival Foundation

Thanks to the efforts of the Borneo Orangutan Survival Foundation, Alba gets to cherish and lead a long, healthy, and happy life with her friends and away from harm of humans.

Alba is still enjoying her life hanging around at the national park, and BOSF conservationists say she’s doing well. Alba spends most of her days like any other orangutan, exploring the forest and eating the delicious nutritious foods that grow in the forests she gets to explore.

According to BOSF, apart from her explorations and foraging activities, she likes to build nests, interact with her orangutan friends, and get lots of rest. The BOSF can always use any financial contributions to benefit Alba and other orangutans in need and if you’d like to donate, you can do so here.

The collected money will help in numerous ways, such as acquiring protected forests for the release of rehabilitated orangutans, and aiding the team rescuing orangutans, to helping their enrichment team and veterinary staff, as well as fund the orangutans’ daily needs, including medical care for Alba.

Be sure to share this incredible story about Alba to your friends and family.