German artist and illustrator "Naschi" has been creating traditional art for over a decade, crafting her form meticulously with practice and sincerity. She has created a Manga series of her own called "Sometimes She's The Light," which has two volumes currently available in her online shop.

Speaking of her Manga, Naschi says: "She's the light is my beloved project since I am a middle [schooler]. This two volumes are the final ones and I am very proud of the result. Now I will concentrate my energy to the following volumes that are coming. At the moment I am working on Volume 3. I have so much fun and the story is growing inside my head. I hope I can show you volume 3 as soon as possible"

The German native has a massive English speaking audience so her Manga books are available in English and most of her content can be enjoyed by both English speaking fans and German speaking fans. She shares her art on multiple social media platforms where she has gained thousands of followers! 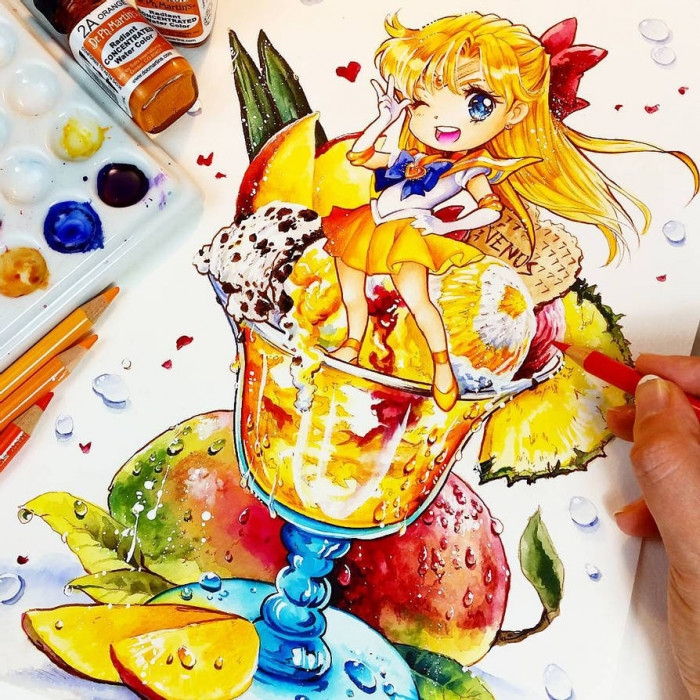 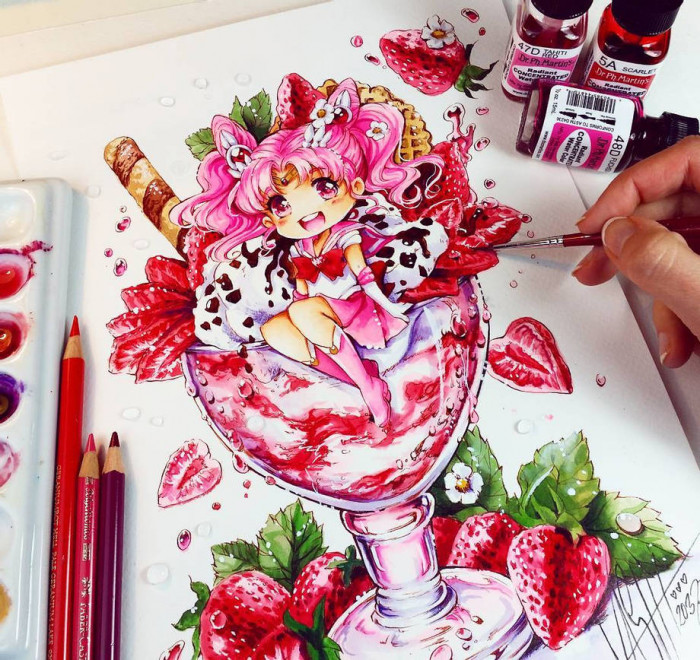 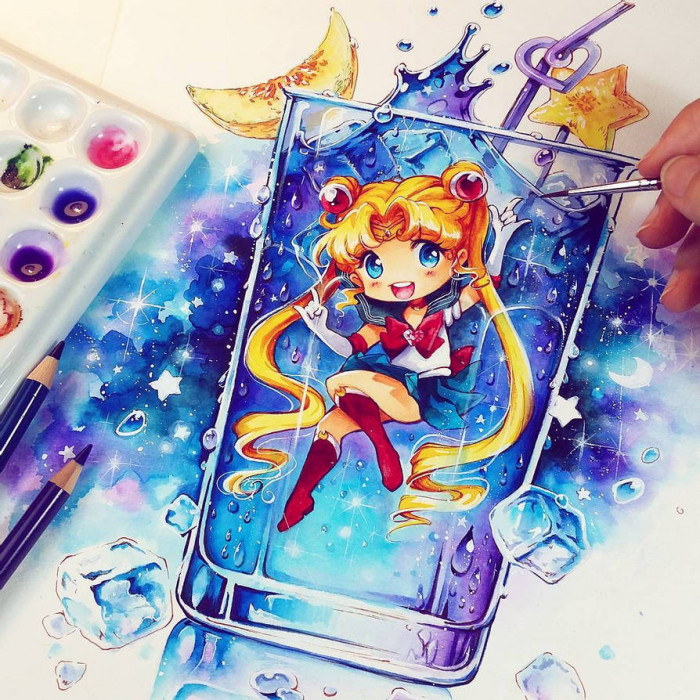 4. Dragon Ball Cocktail with Son Goku and His Friends 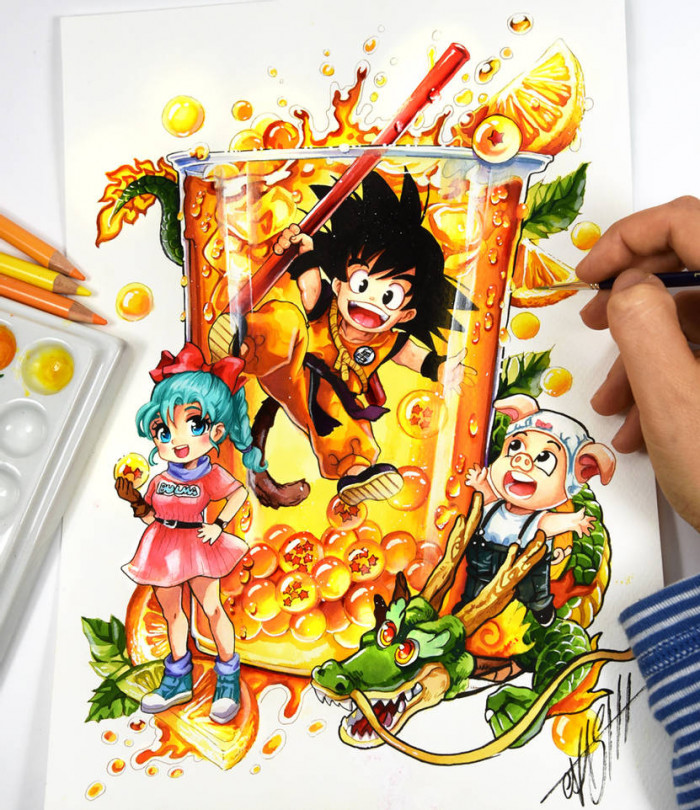 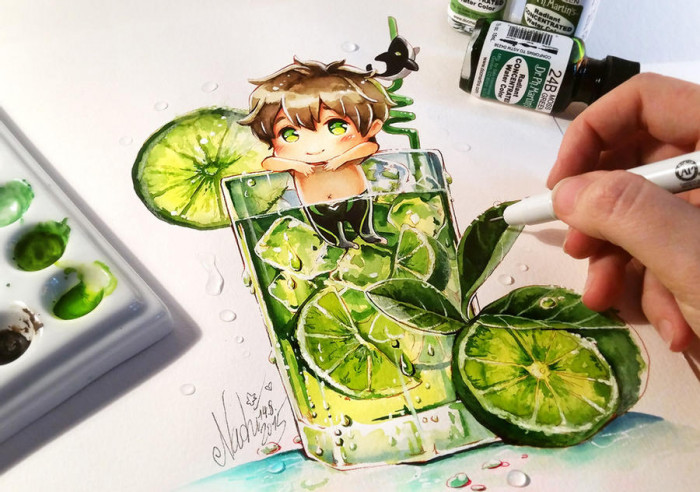 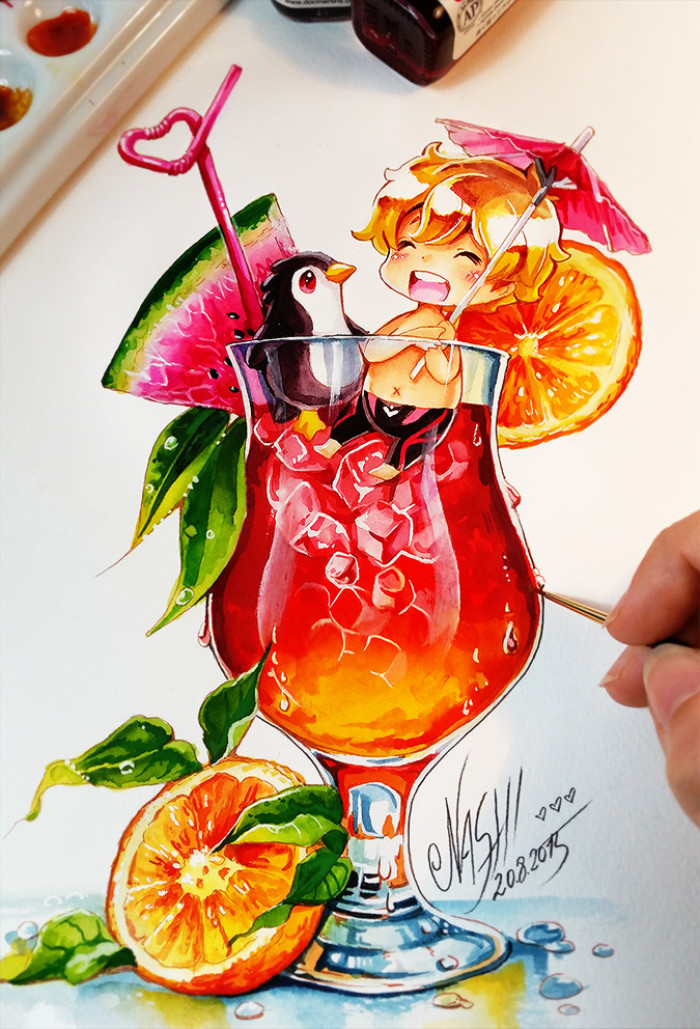 Naschi is a busy artist and on top of creating works of art for Patreon customers and fun, working on Volume 3 of her Manga series, and sharing her illustrations on social media, she is also working on another Manga story called "The Secrets of Himmelspforten." She has created tons of visual work ups of the main character in the story, Leinie.

"Leinie is my newest project but the story is in my mind since ages ago. it is a Adventure Story and the heroine is Leinie."

She also has a busy year ahead of her, with tons of conventions scheduled to share her art with fans! Did you know that among the top 3 most popular languages anime features, right after Japanese and English is German?

According to a conversation on Stack Exchange: "You see it in titles, names, and even quite a few characters are of German descent." Someone explained:

"Historically speaking, Germany and Japan have been on friendly terms since the 1930s (and even before), due to their shared militaristic ambitions just prior to the second world war (which led to their Axis Alliance).As a result, there is a lot of cross-cultural sharing, which is why you see a lot of German outside of just anime as well." 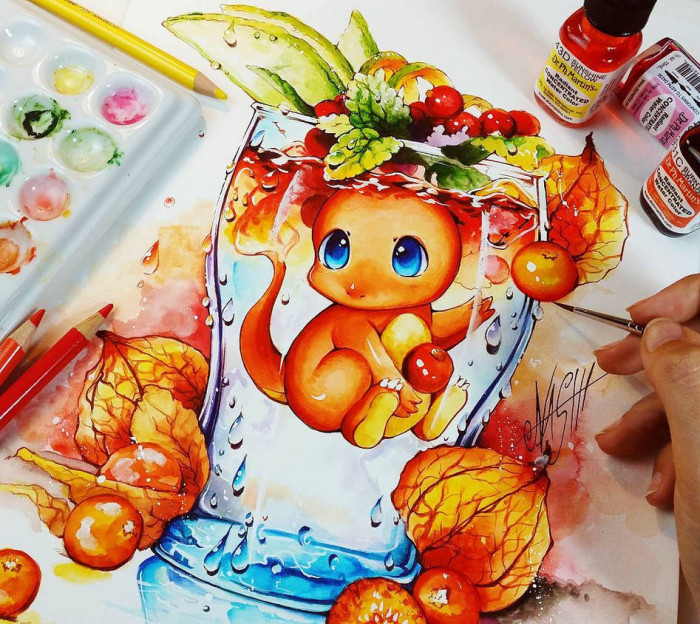 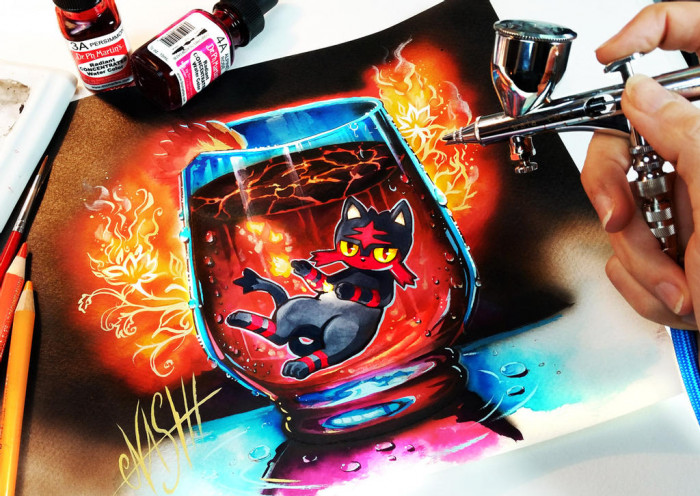 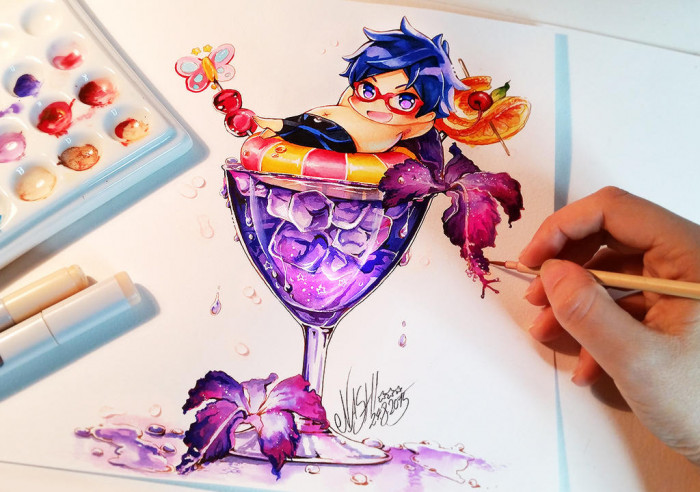 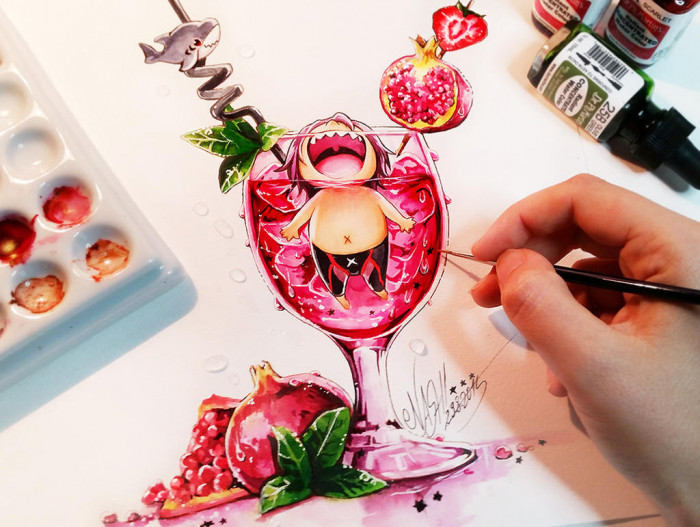 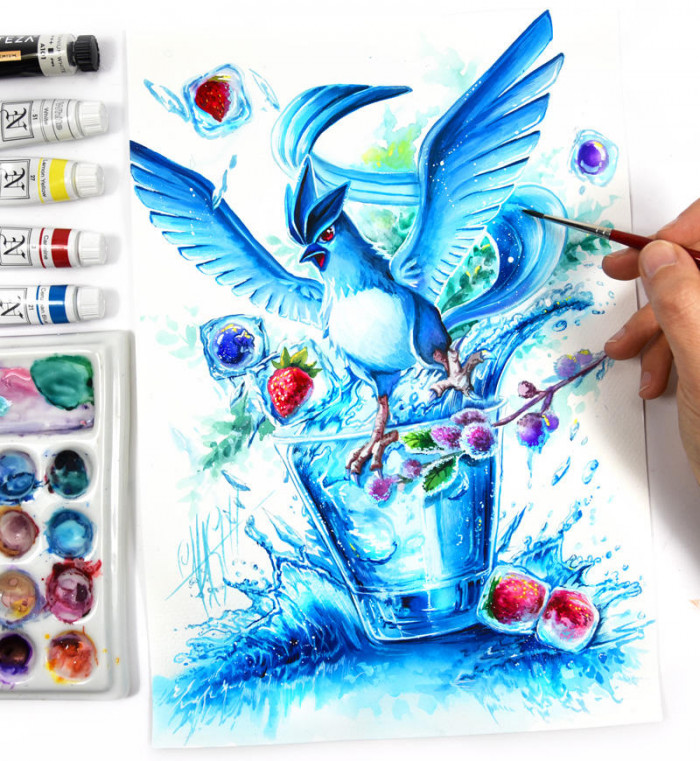 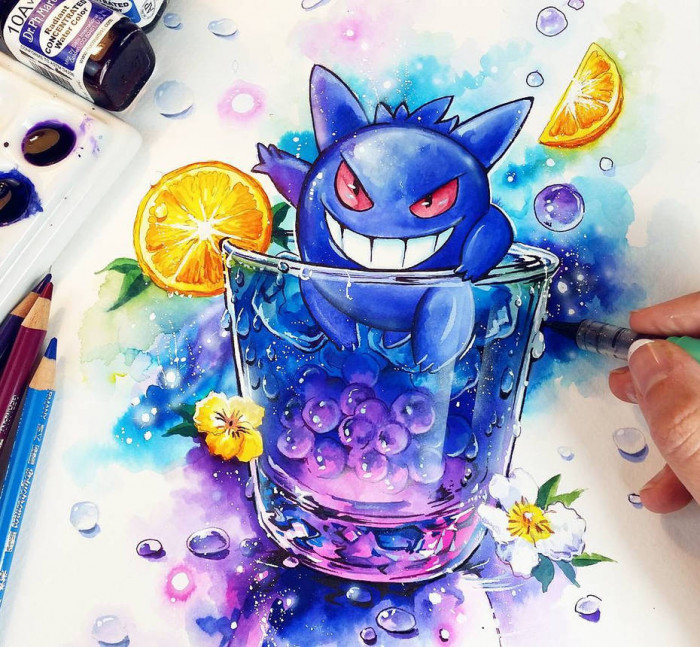 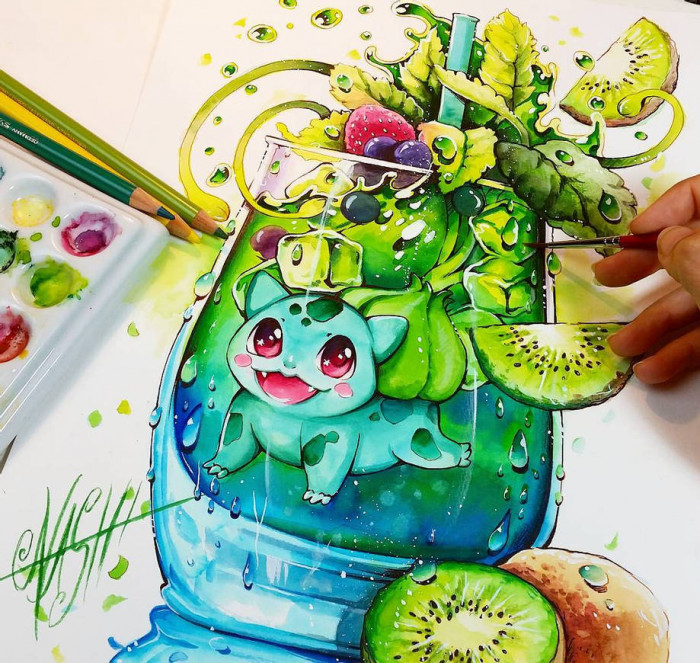 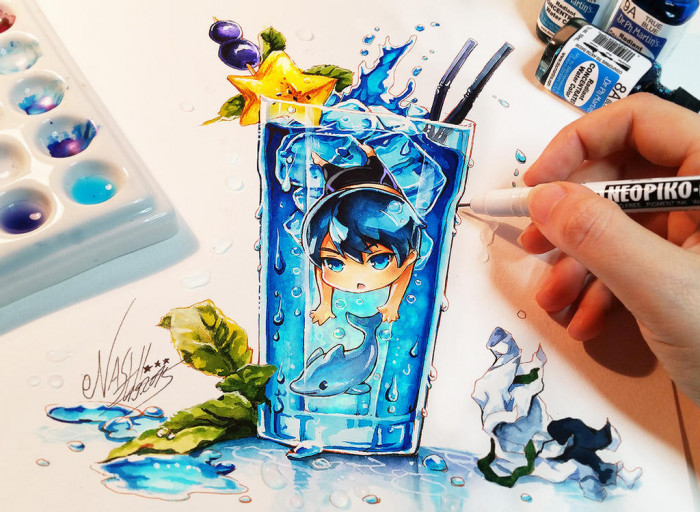 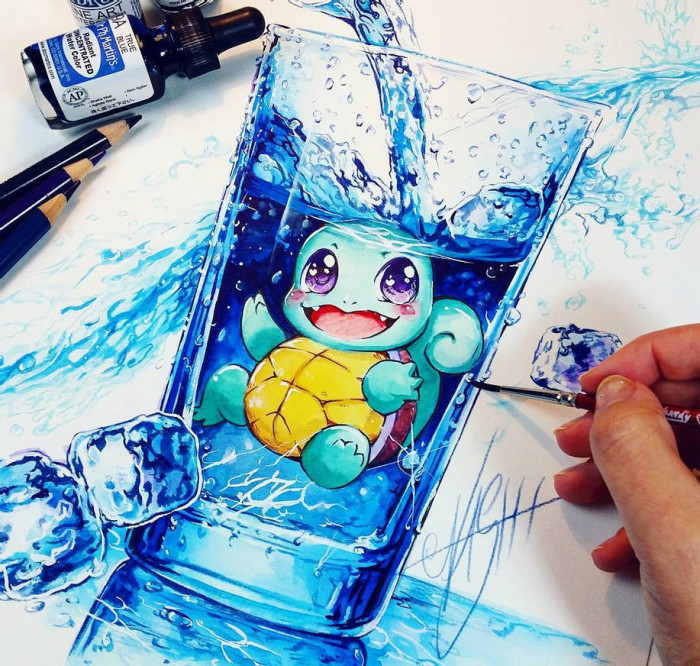 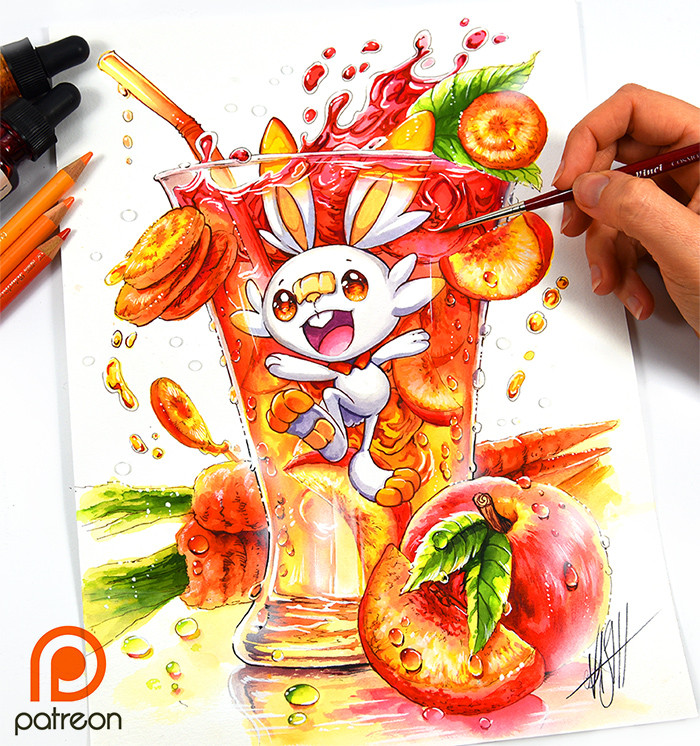 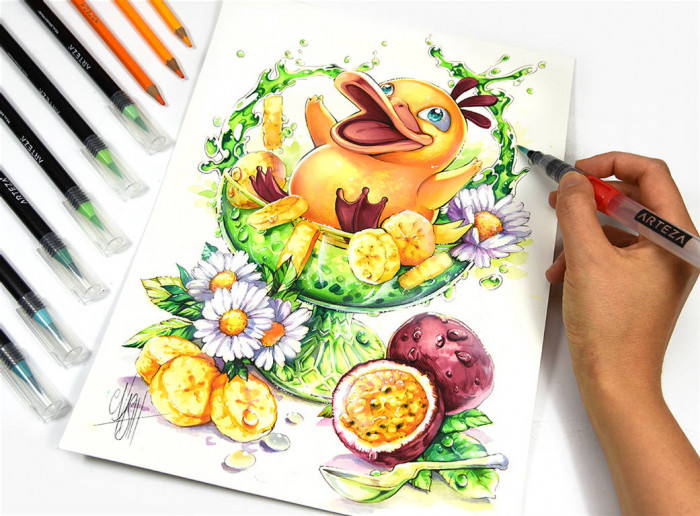 Regarding the popularity of the German language in Anime and Manga, another user (and Japanese person) from Stack Exchange elaborated:

"First, the saturation of English names. Because there are quite a lot of anime/manga contents in Japan, it is really hard to find a new nice English name for a new character. One handy solutions is to pick a German name.

Second, the ease of pronunciation. Because Japanese language has only 5 vowels: "あいうえお", some European names are a bit hard to hear and/or pronounce for Japanese-speakers, though most German names are not really hard to pronounce.

Finally, Japanese just love Germany. They (we) have learned many things like constitutions, medicals and chemicals from Germany. They also love German products like BMW automobiles, artificial hearts, etc. and believe Germans are hard-working, honest and industrious. (Personally, I also rely on German middle-wares)." 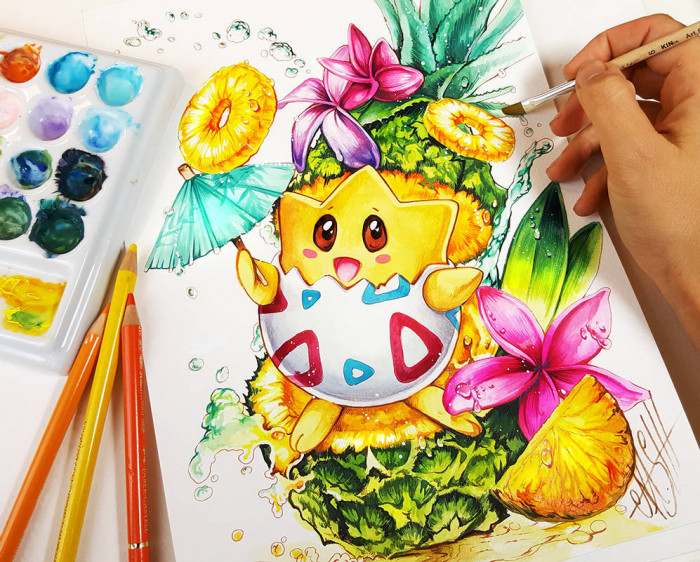 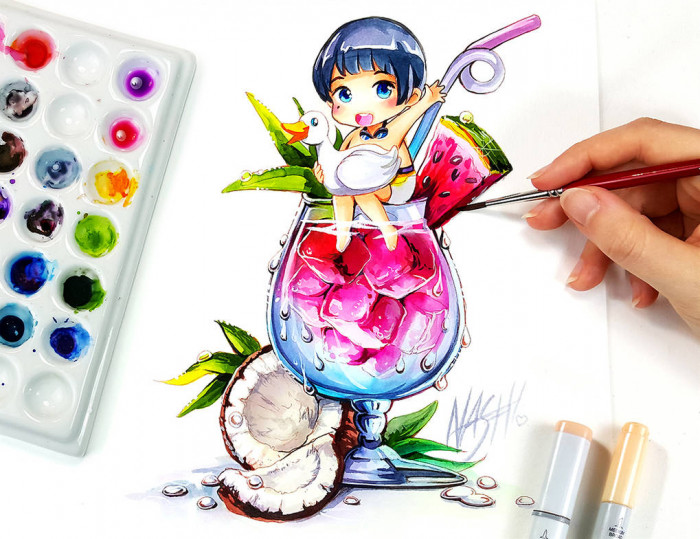 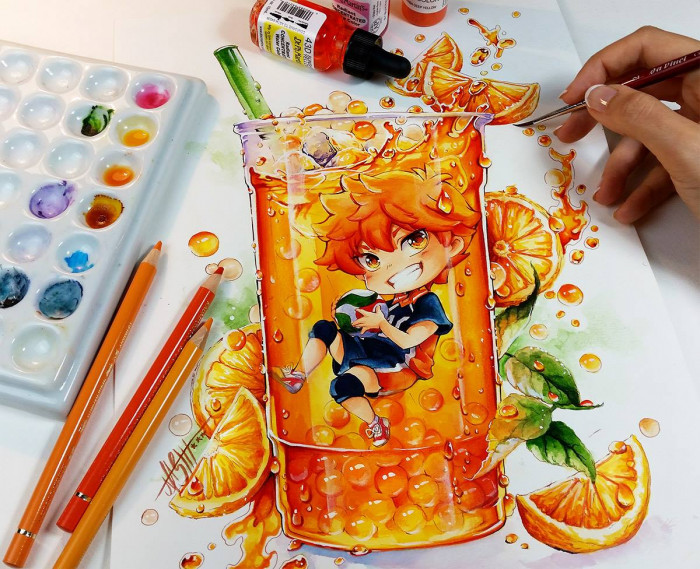 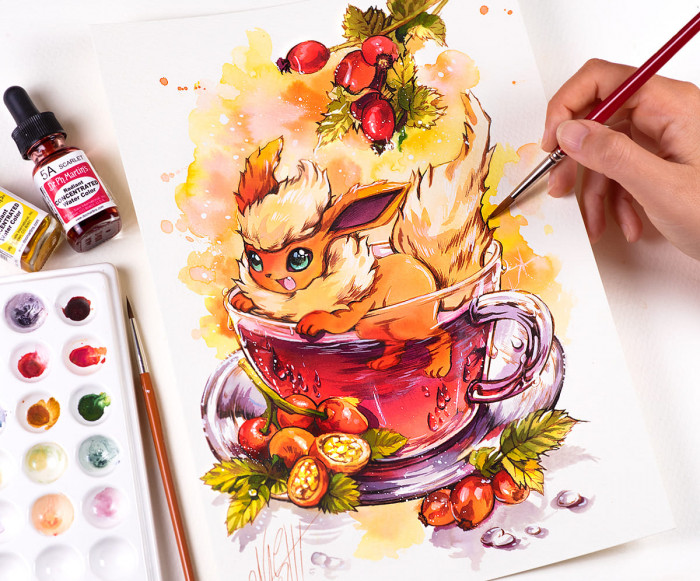 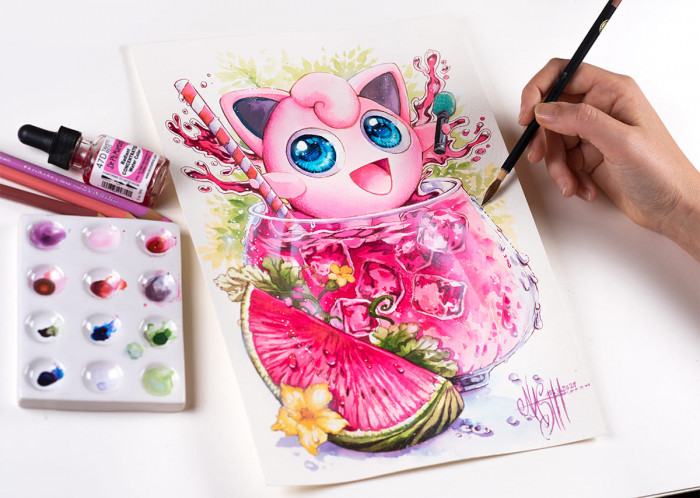 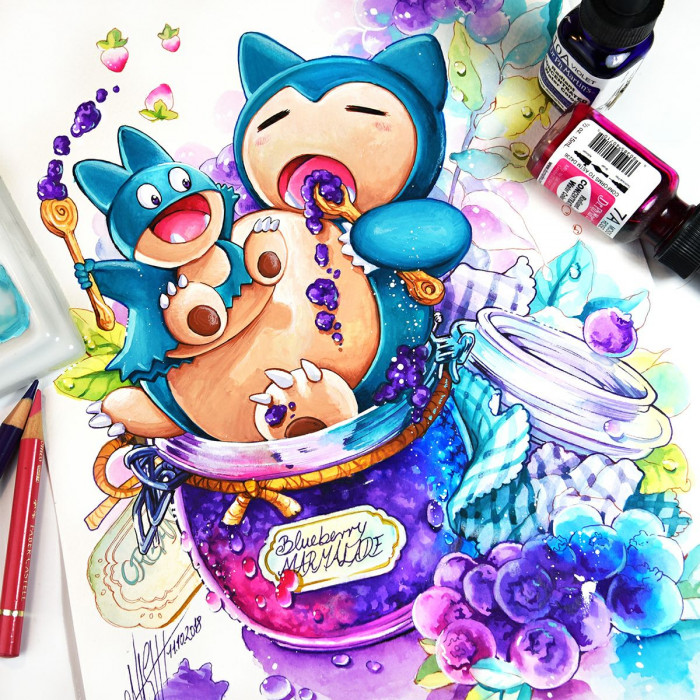 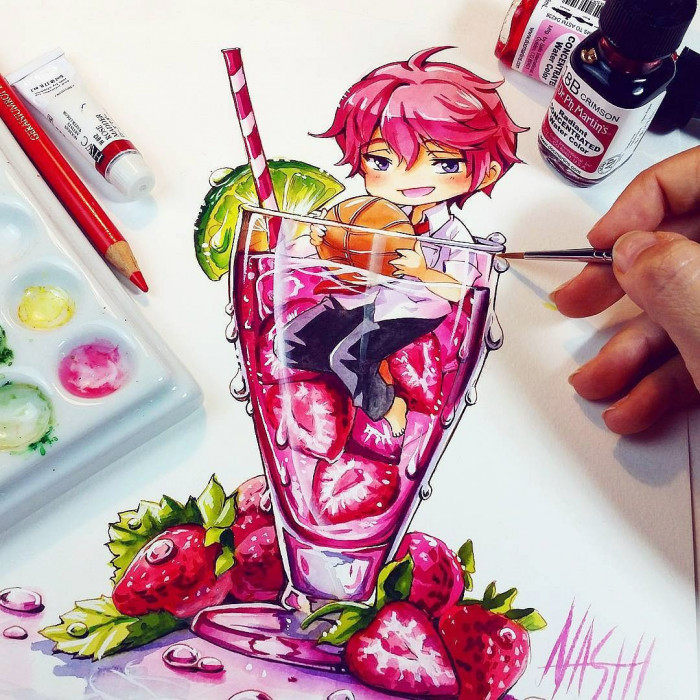