Getting a car seat for your child is a must for any parent traveling with a child, but knowing how to properly fasten the straps is one of the most critical things in a parents life. If it's not fastened correctly and there is an accident well, the child could get hurt, and we don't want that to happen at all!

A nurse from Memphis named Rebecca Tafaro Boyer recently shared her very own nightmare car crash that brought chills throughout our bodies. It just lets parents once again realize that they can never let their guard down.

"My husband, David, was traveling eastbound across an overpass at nearly fifty miles an hour when a woman traveling westbound crossed over three lanes of traffic in an effort to make a left turn onto an exit ramp located to my husbands right,” Rebecca said. "She clearly didn’t have enough time as he hit the front passenger side of her vehicle. We later found out that she had no license or insurance, and that this was her third offense driving without a license."

David slammed the brakes so hard that he broke the 2nd, 3rd and 4th metatarsals in his right foot. Luckily he won't be needing surgery, but he has to keep off his foot for the next six to eight weeks. Their son William, on the other hand, had his guardian angel on duty.

"William was completely uninjured during the crash," said Rebecca. He actually didn't even wake up from his nap, but his parents did everything and will do everything in their power to keep him safe.

"I am a former NICU nurse so I knew lots of car seat basics, but in preparation for William’s arrival, we attended a child safety class prior to his birth that covered everything from CPR to car seats. Additionally, we spent some time reading our manual when the car seat arrived."

"I wouldn’t say that we have become scared of car rides," she said. "I don’t think it’s worth living in fear over something that can happen at any time and any place. But it certainly has reinforced that it is so important to strap William in, correctly every single time, even when driving half a mile down the road."

Meet Rebecca Tafaro Boyer, she recently shared a very emotional story that proved the people wrong that called her "naggy". 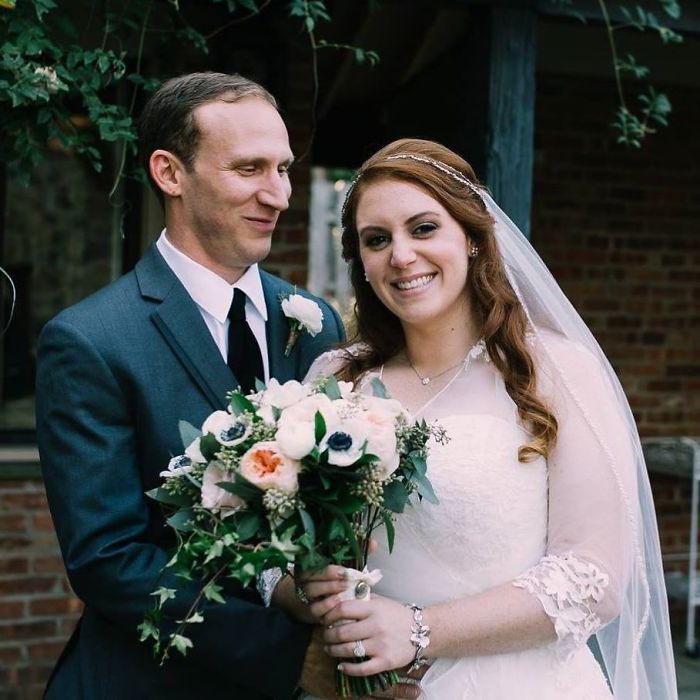 "Friends, let’s have a quick chat about something that some of my family members think makes me a super annoying overprotective mom – car seat safety." 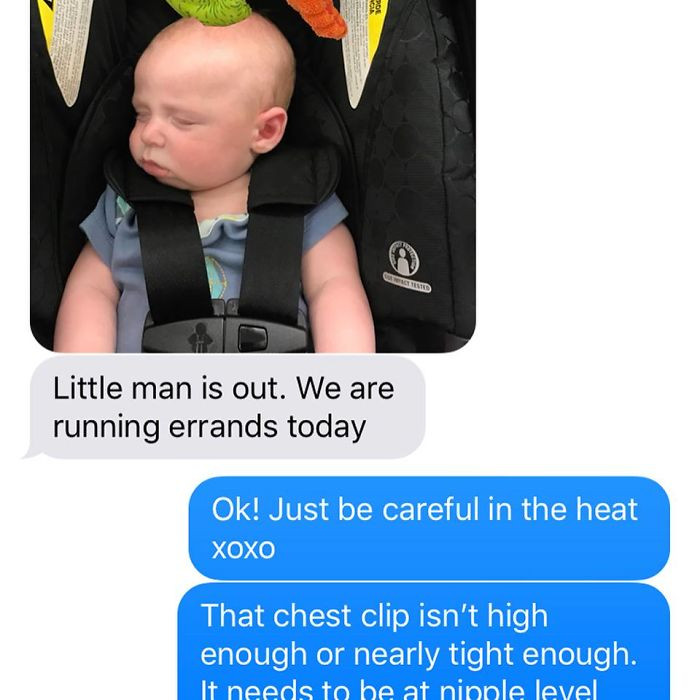 "My first day back from maternity leave, I demanded that my husband send me hourly updates and recaps on how baby William was handling his first day away from mommy." 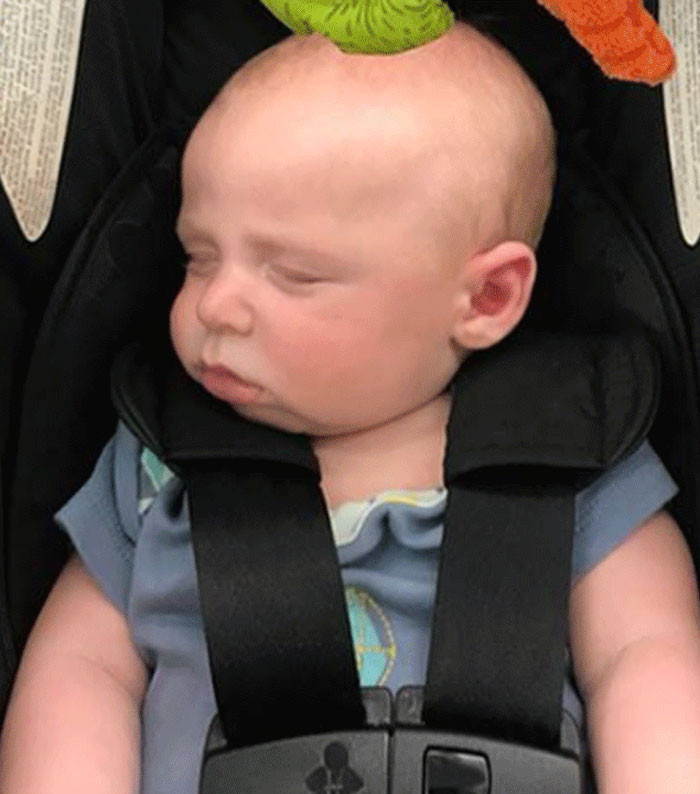 "This afternoon around 2:15, I got a text from my hubby during their trip to Walgreens. My nagging wife reply was to correct William’s position in the car seat." 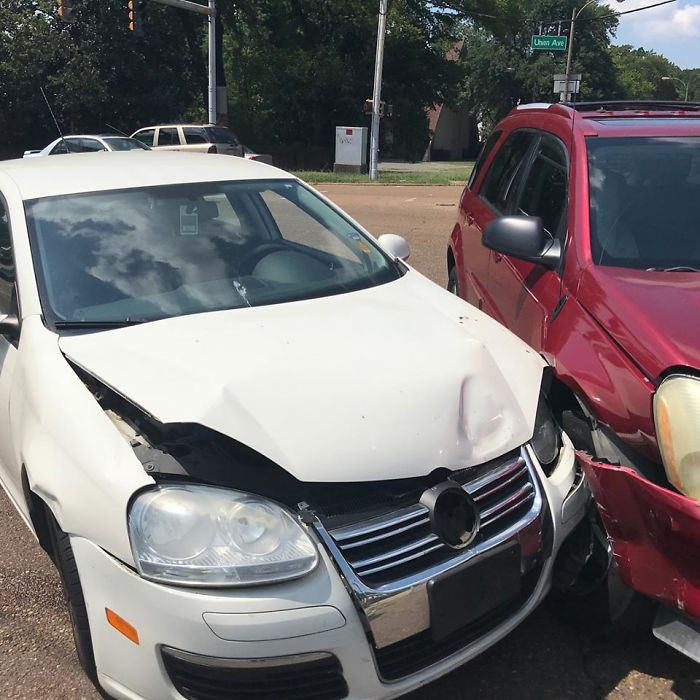 "At 2:30 my phone rang, my husband’s panicked voice came through the line, ‘Honey, we had a car wreck.'" 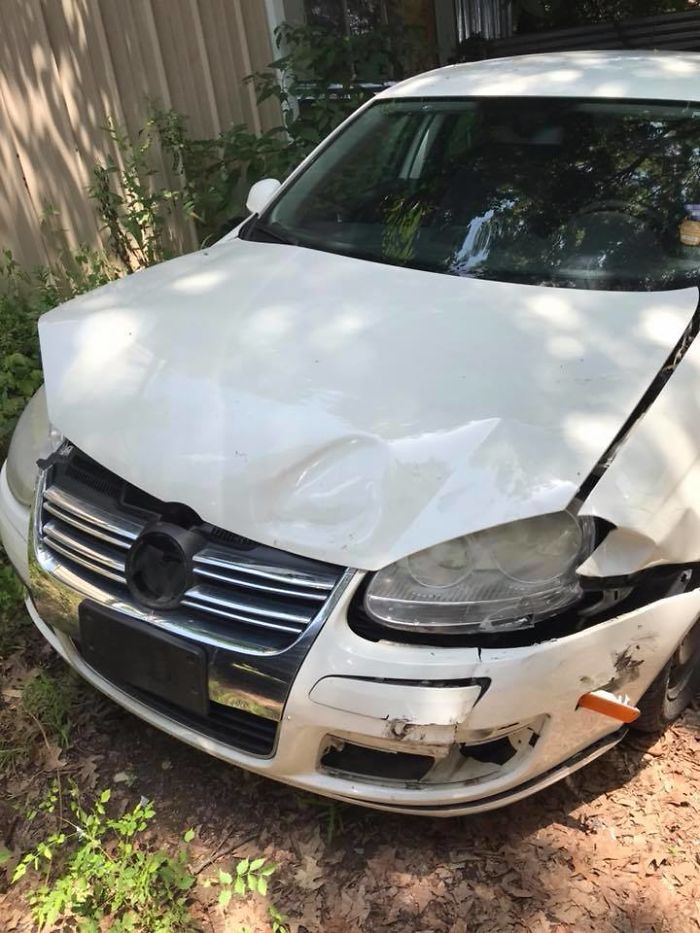 "The boys were less than three miles from our house when a woman pulled into oncoming traffic to try and make a quick left turn." 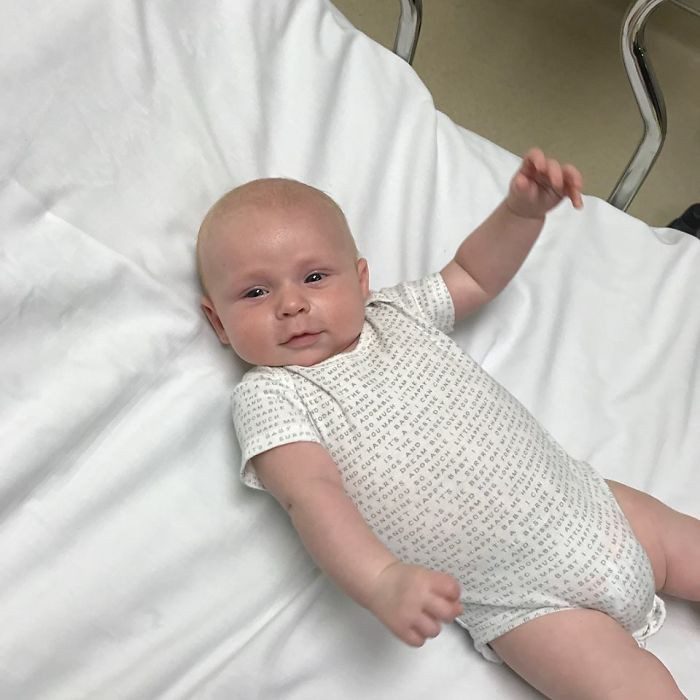 "My precious little bundle of joy was so well restrained in his car seat, THAT HE DIDN’T EVEN WAKE UP." 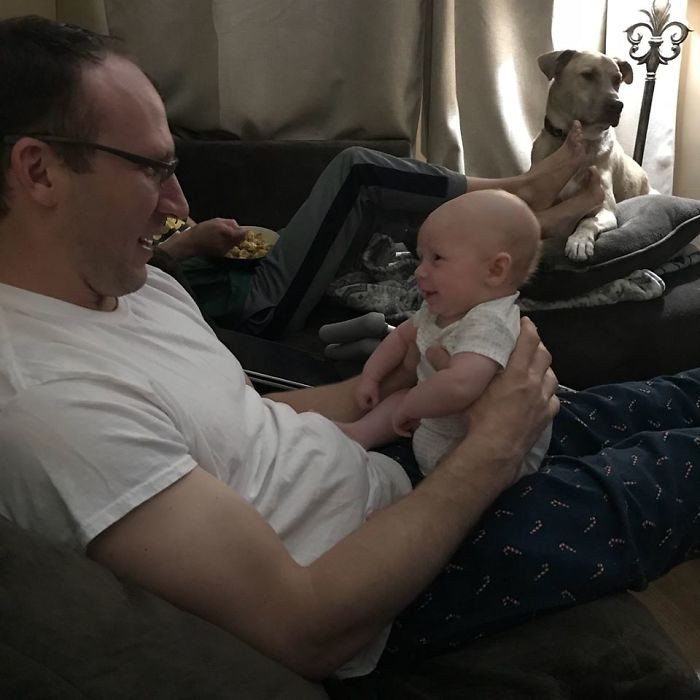 David fractured the metatarsals of his right foot, while braking. 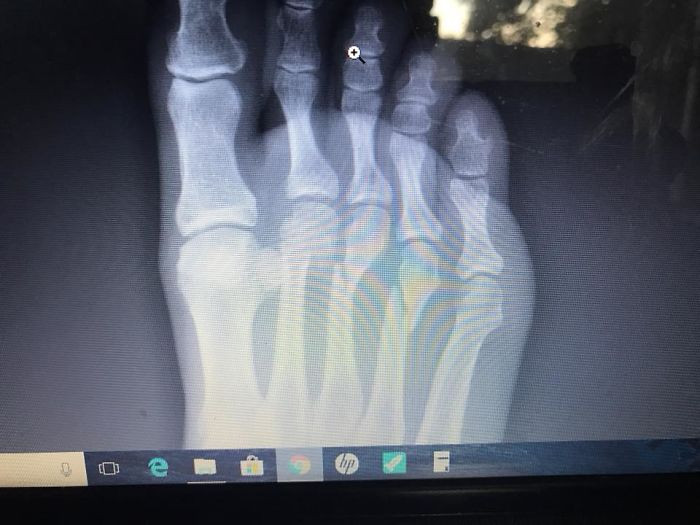 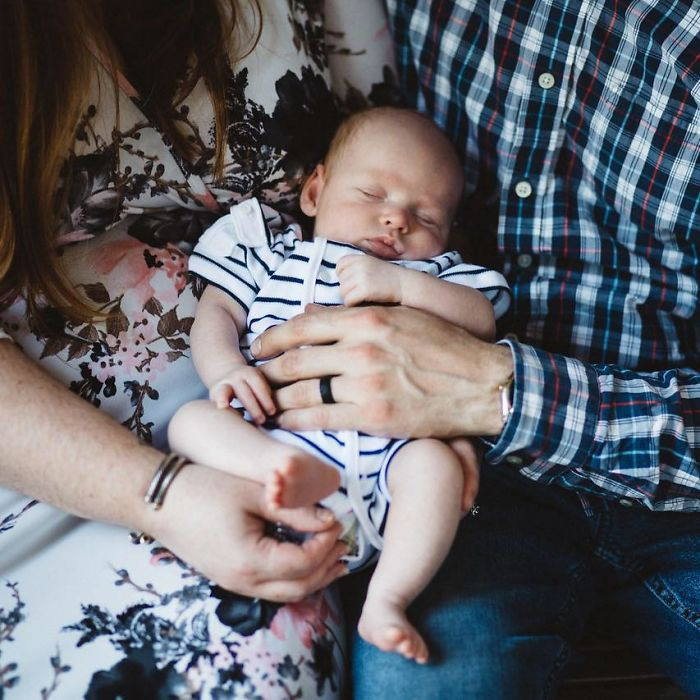 A lot of people reacted on her Facebook post and shared some of their own heartfelt stories. 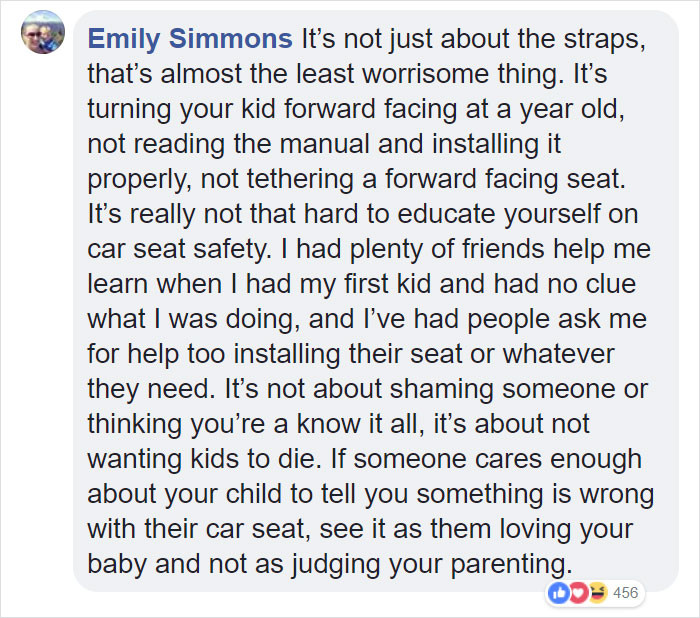 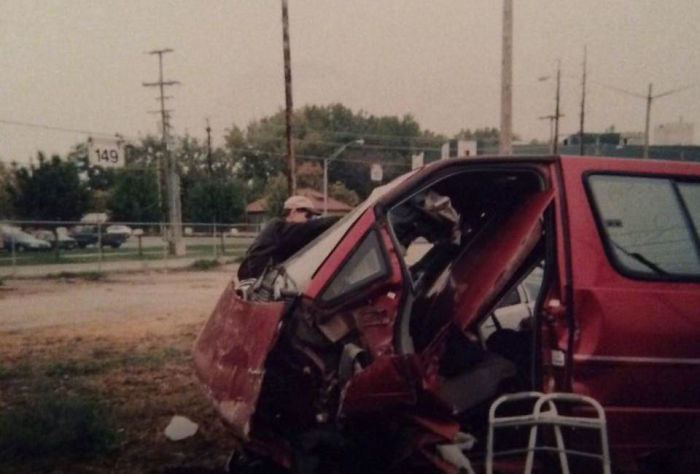 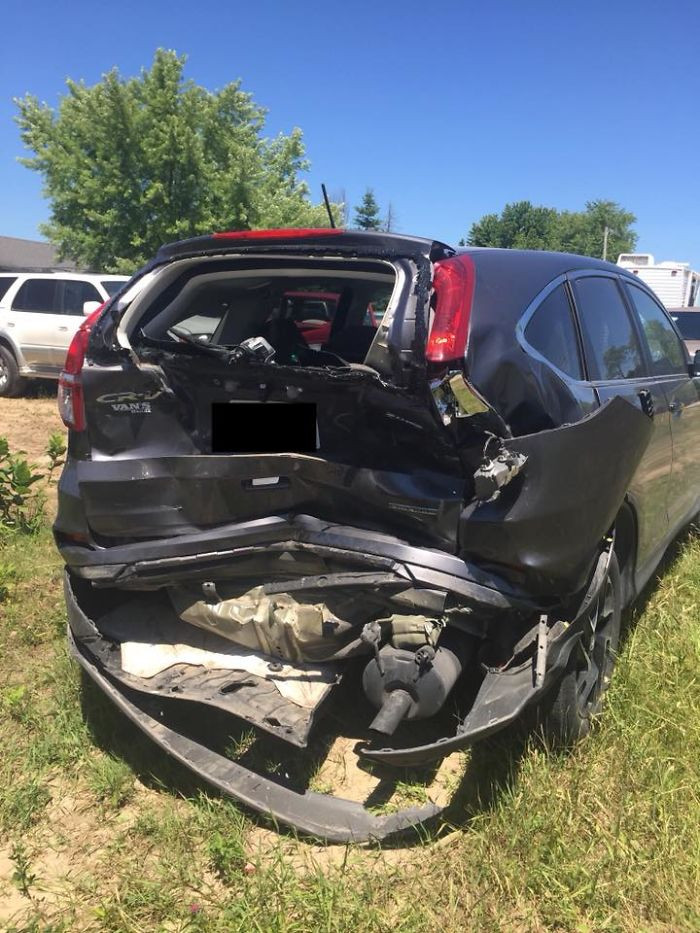 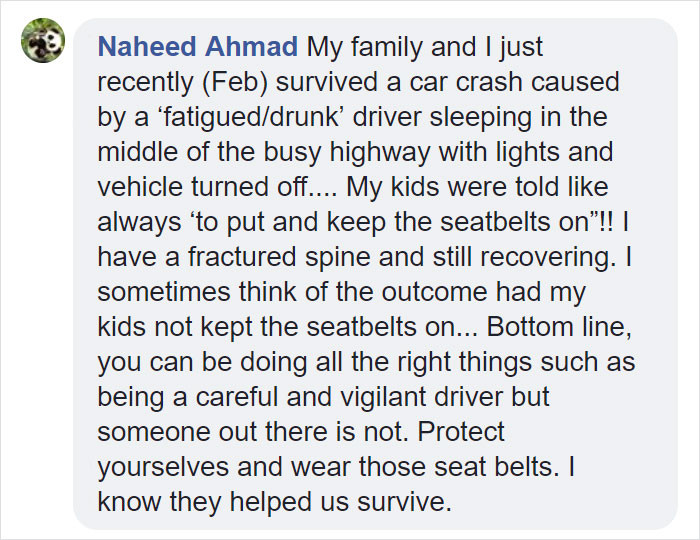