Bullies have been around since the dawn of time. I guess the first cavemen that drew the gravity on the cave walls or tried to sing and be different than the others were bullied by the hunter group.

Highschool is a hunting ground for the bullies. With an endless supply of victims, they thrive in those circumstances. ( My bitterness probably indicates what group was I in.)

To be honest, many of these bullies grow out of this phase, and later start regretting their actions.

Louis Amundson is one of them. When his 10-year-old daughter asked him if he was a bully, he was honest about it and said yes. That thought started to bug him, so he decided to look up the man he bullied, Chad Morissette.

He found him on social media and sent him a sincere apology. Morissette accepted it, and they’ve shared this moment on social networks. 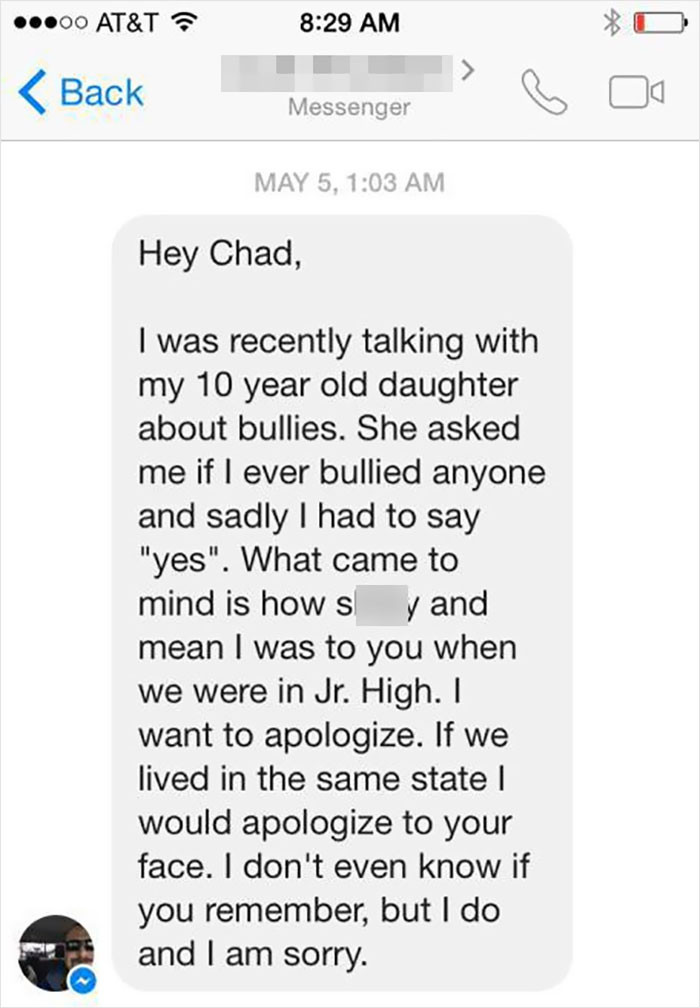 This stuff is really inspiring. I guess we can all try to be better people and admit and correct past mistakes. 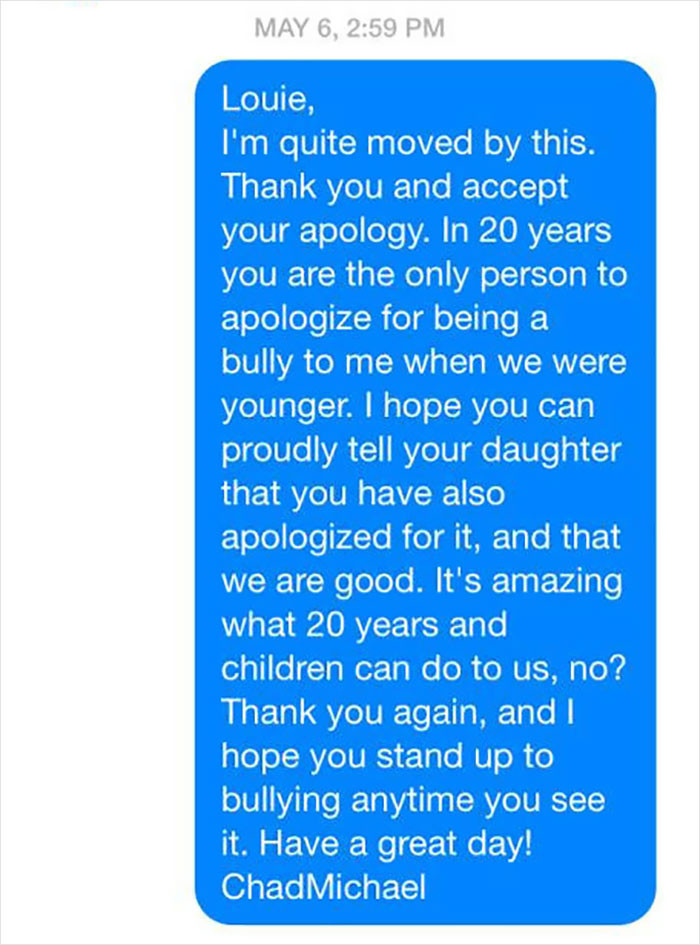 Bullying is a common thing, unfortunately. You can see it everywhere, but the schools are where it happens the most. The adults are trying to solve these problems by giving them old advice that their parents gave them too. Ignore the bullies, if you are the victim. Don’t terrorize weaker kids, if you were a bully.

But solving this problem needs a multidimensional approach because there are many reasons that make a kid become a bully. Insecurity, problems at home, learning problems, etc. So, the kids need something to make them feel that they are better than someone else.

An association called Ditch the Label performed 8,850 surveys and discovered that about 50% of adults admitted to being victims of harassment. 14% of those studied admitted that they had once been bullies themselves.

We hope that this apology is the beginning of a trend and that former bullies now raise their kids not to be like that.

Were you a bully or a victim? Share your story in the comments section.