Have you heard of the "Applebee's Test?" Nope, neither had we, but apparently, it's a real thing.

What is this Applebee's Test, you ask? Well, to answer your question, let us tell you the story of a young woman who was asked out on a date by a "fine as hell" young man.

You see, the woman posted her story on Facebook - which, in hindsight, we're guessing she might be regretting - about how she rejected a perfectly lovely gentleman for asking her on a date to Applebee's.

Scroll down to read the story. Spoiler alert - it didn't go too well.

Here's the story as told by the anonymous OP.

This man asked me out on a date. He was actually fine as hell but when I asked him where we going he said and I quote ladies "Applebee's". I busted out laughing at his silly cheap ass. I told him "I own my own shop, a house, a BMW and stocks. I can buy Applebee's"! Then I walked away 😂😂 you should have seen his face. I'm worth more than Applebee's, you have to impress me and that ain't it! Ladies keep them standards high as hell, don't settle for a broke man 💯 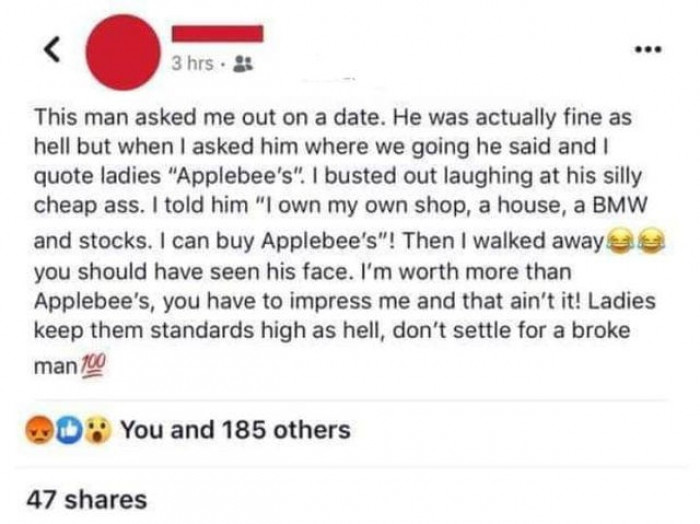 An equally anonymous person commented on the post and called the woman out for her spoilt, arrogant, and rude attitude. 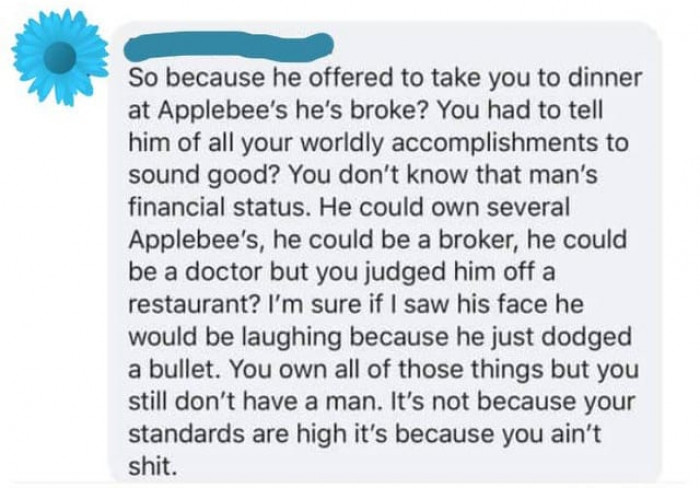 From there, a rather lively discussion ensued. 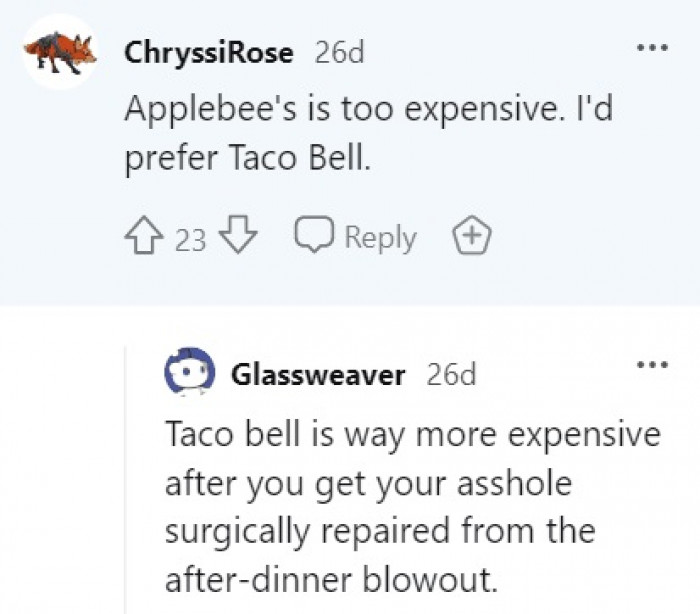 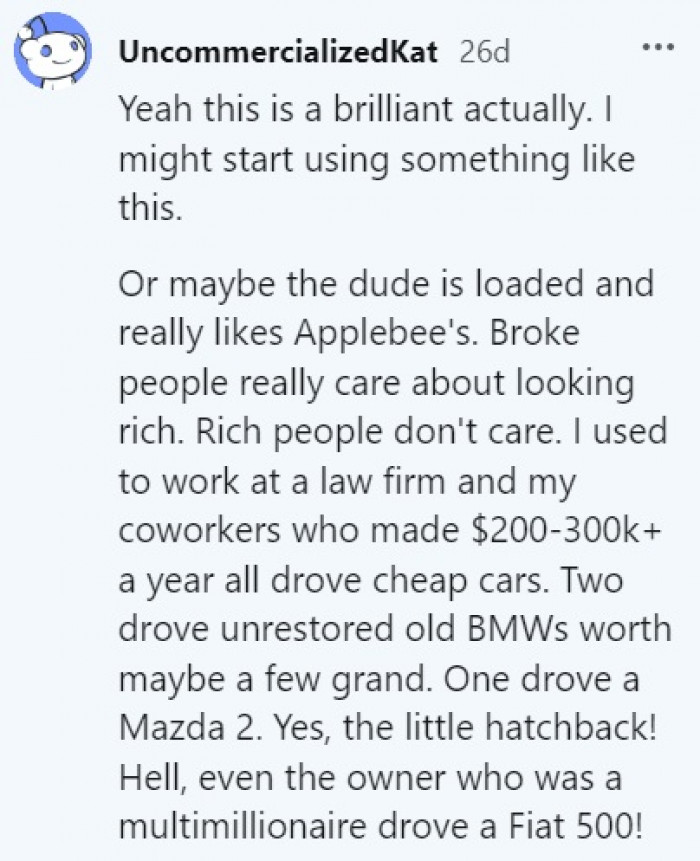 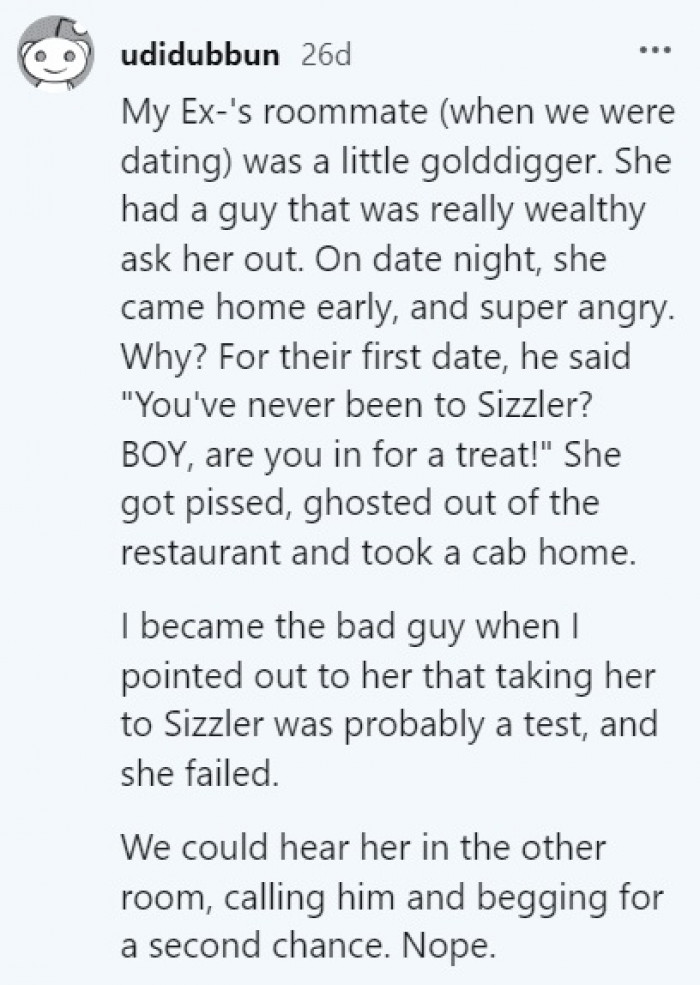 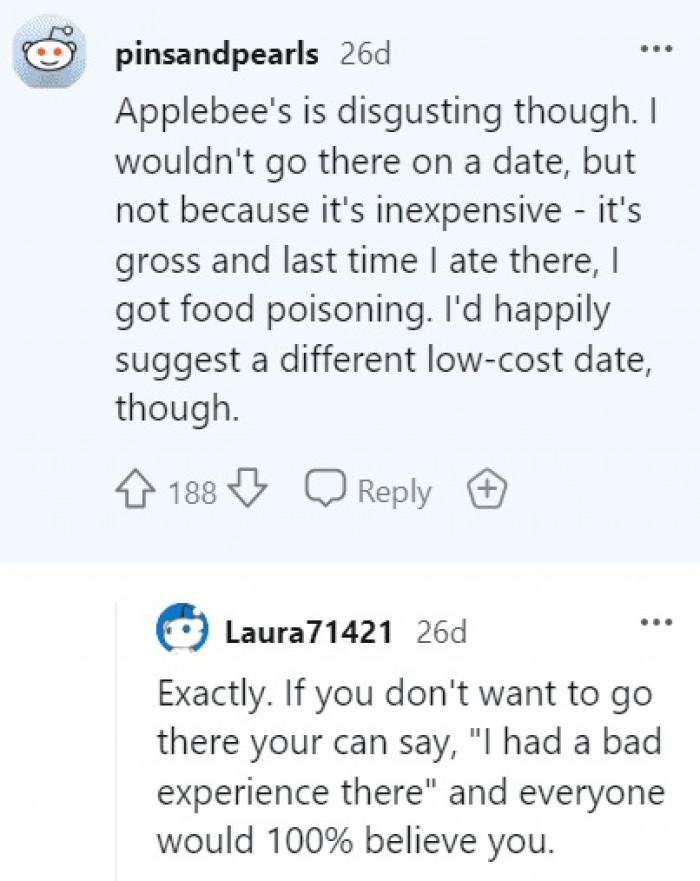 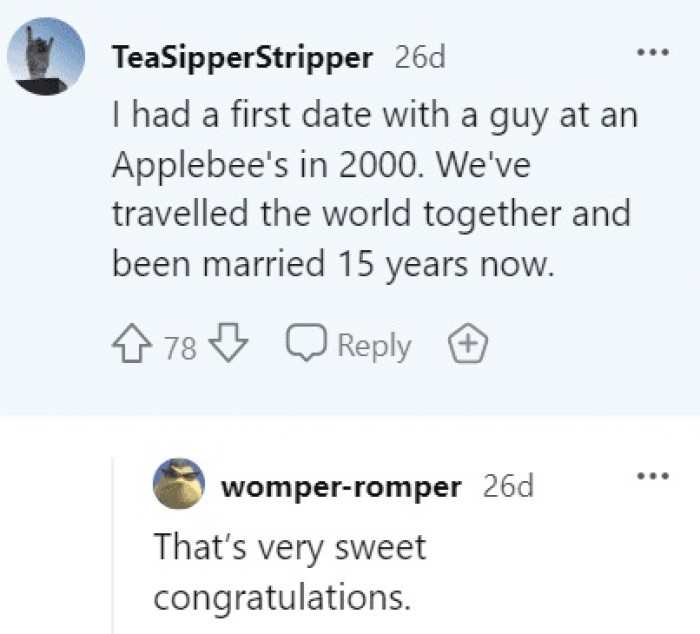