Former Army Medic Uses CPR Technique To Save A Kitten

There is nothing more rewarding than saving a life. Just ask Dustin Weeks.

His sister Miranda Comins, his father, and he were touring the Arrowhead Stadium in Kansas City, Missouri, when they noticed something unusual. The stadium, which is home to the Kansas City Chiefs, was a staging area for quite a drama, but it wasn’t a sports drama this time.

“Our tour was almost finished,” Miranda Comins told the reporters. “We went up to the penthouse suites, we were kind of looking over the whole stadium, as a whole, it was very cool, and all of the sudden my dad noticed two little kittens playing down on the field.”

One of the kittens found herself wrapped in the field goal net. When they realized what was happening, the whole family and the tour guide ran to the field to rescue the struggling kitten.

The tiny kitten was definitely in trouble. Her neck was tangled in the net. “I was holding her and my dad and sister were trying to get the head free,” said Miranda’s brother, Dustin Weeks.

“She kind of passed out for a couple of minutes. She stopped breathing for a minute, couldn’t feel her heart anymore. Her arms were going limp.”

The cat's life was in danger, and something had to be done. 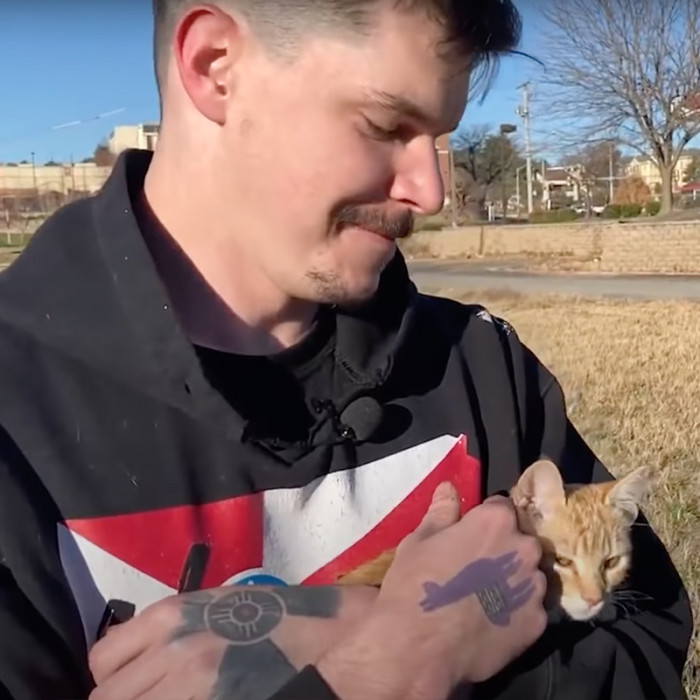 He used CPR to save her 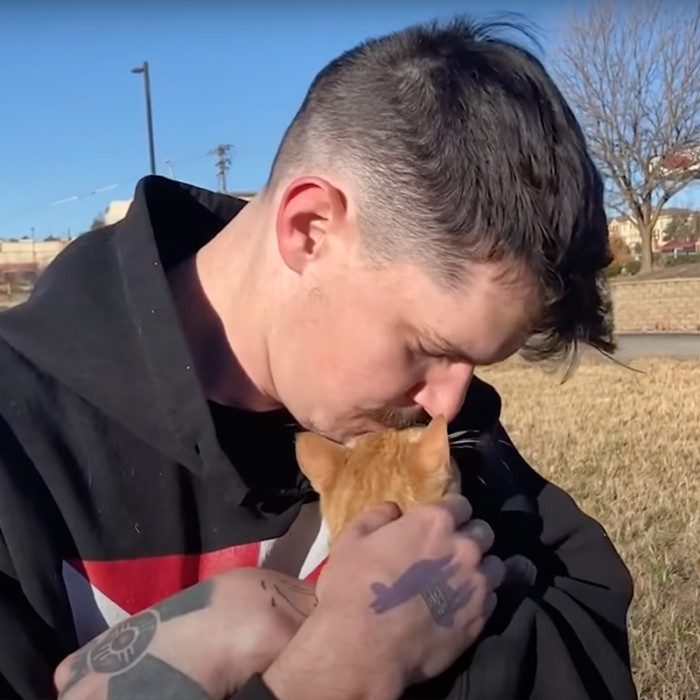 Luckily for the tiny kitten, Weeks is a former army medic, so he knew what to do. He is skilled at administering CPR and gave the kitten an altered version. The little animal responded quickly and began to wake up.

This could have easily been a tragic situation, but thanks to the kindness, expertise, and effort of these three people, the kitten, now named Alex, lived. And everyone fell in love with this little fighter.

Dustin kept little Alex and gave her this name. She was named after a Kansas City Chiefs player Alex Smith. Weeks says that just like Smith, who suffered a horrific injury, he and his little friend had gone through some difficult battles but endured.

“I got hit by a car, and so I got a metal rod,” Weeks told the reporters. “And Smith didn’t give up, and neither did she and so she’s Alex. Not the souvenir we expected, but I’ll take it.”

And now this “friendly” and “happy” kitten has a happy and loving home.

She was caught in the net 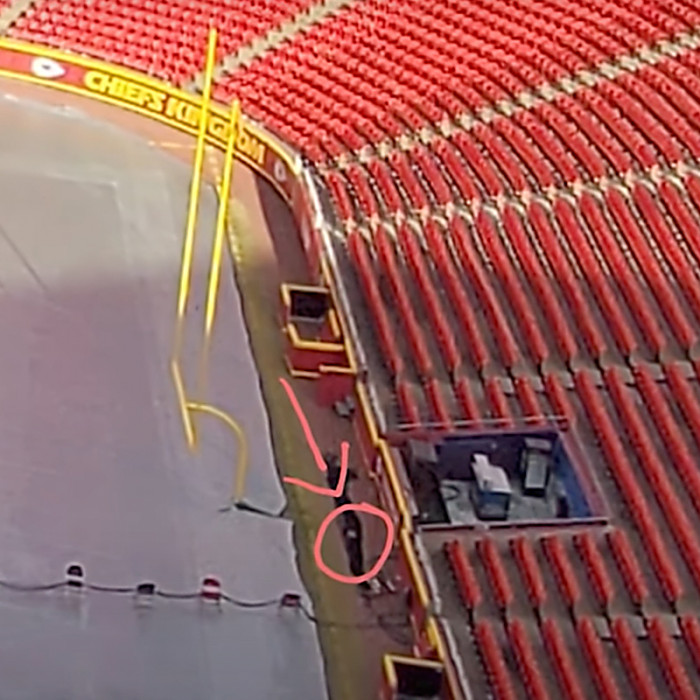 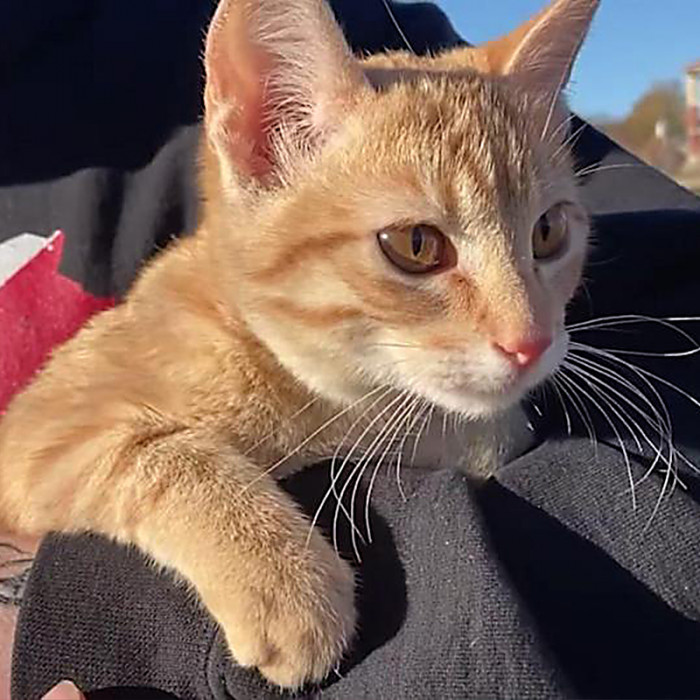 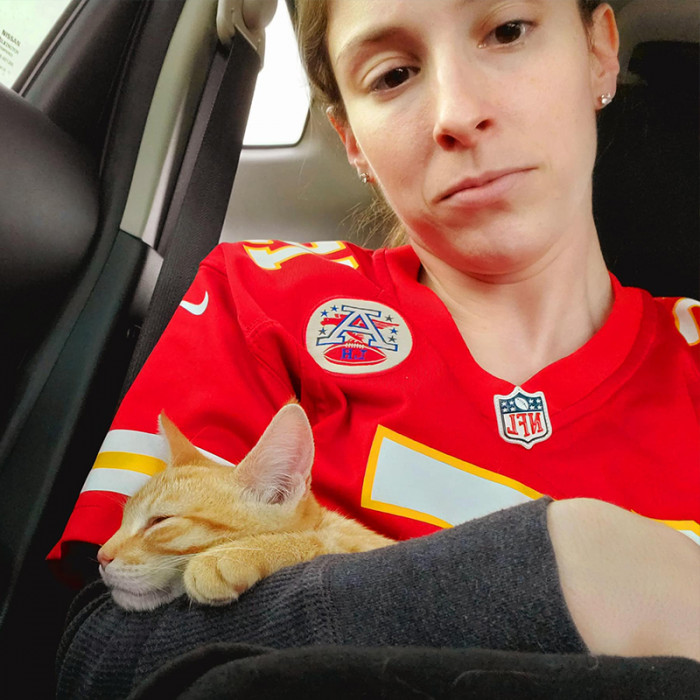 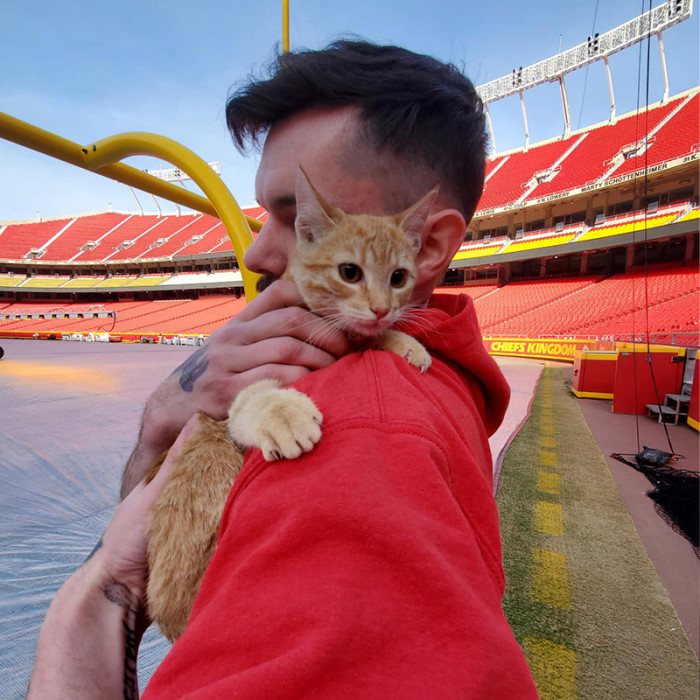 And give her a loving home 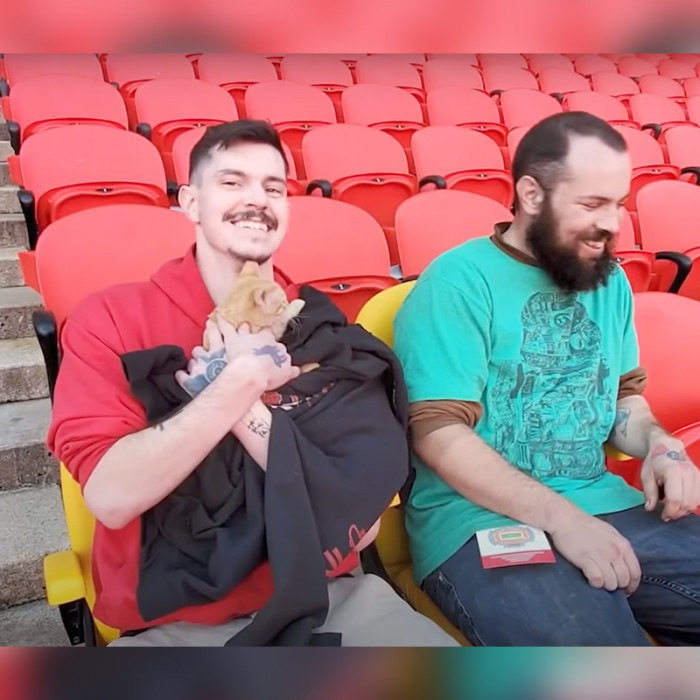 Watch Alex’s story in the video below:

This was a close call, that’s for sure, but everything turned out okay in the end. This exciting story has the happiest ending possible - the kitten was saved, and it also found a loving home.

We are sure that Alex and Dustin will have the best time together. We are confident that their story will inspire us to help poor animals in need. Also, adopt whenever you can.