The coronavirus COVID-19 pandemic is the biggest challenge we've ever had to face in our time. Hospitals are absolutely overwhelmed by the rising number of infected patients, and they're already starting to run out of supplies.

Most people still presume that COVID-19 is merely a disease of “old” people, but nothing could be further from the truth. Right after major heart surgery, 6-month-old Erin Bates was diagnosed with the coronavirus. Her parents Emma and Wayne have been fighting by her side since the beginning and are thankfully now celebrating her recovery. Last Friday, and despite all odds, Erin was officially declared COVID-19 free.

Erin is a 6-month-old baby who proved that nothing is impossible by winning the fight against coronavirus. 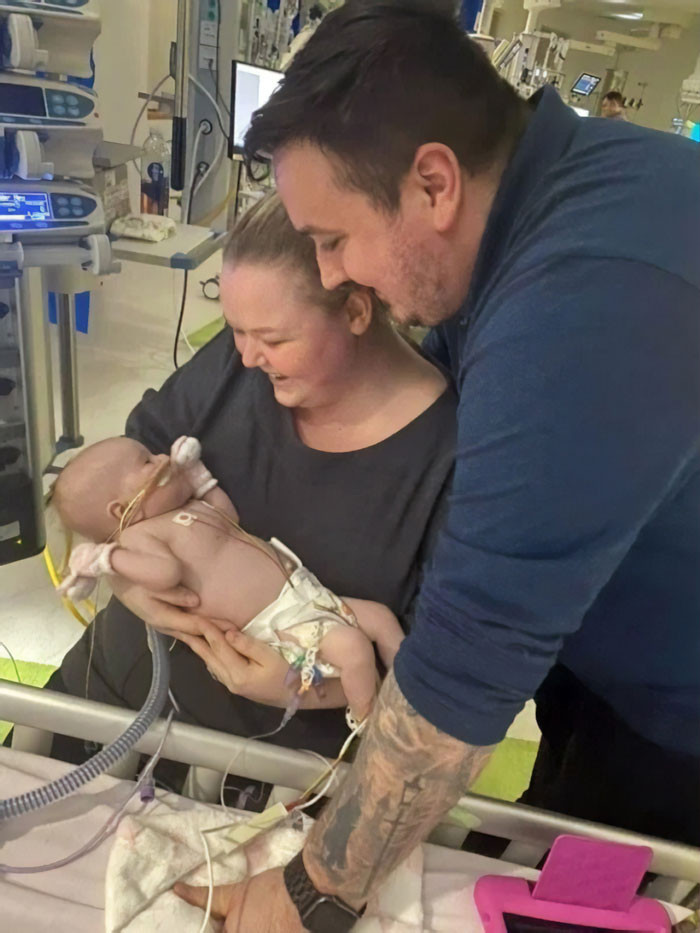 Let's go a little bit back in time. Emma and Wayne Bates had been trying to get pregnant for ten years and were eventually told that they were finally expecting. A few months later, baby Erin was born on October 8th, 2019.

Two months after that, they found out on November 29th that Erin suffered from a rare & dangerous heart defect called Tetralogy of Fallots.

In the following month, on December 23rd, Erin had undergone a crucial Fallot heart repair surgery and had to spend a week in intensive care.

She was admitted back to the ICU after only spending two days in the cardiac ward. Erin had contracted RSV, a virus that causes respiratory tract infections. She was diagnosed with bronchomalacia (the weakening of cartilage in the walls of the bronchial tubes, and tracheomalacia, the narrowing of the airways) after her lungs collapsed. 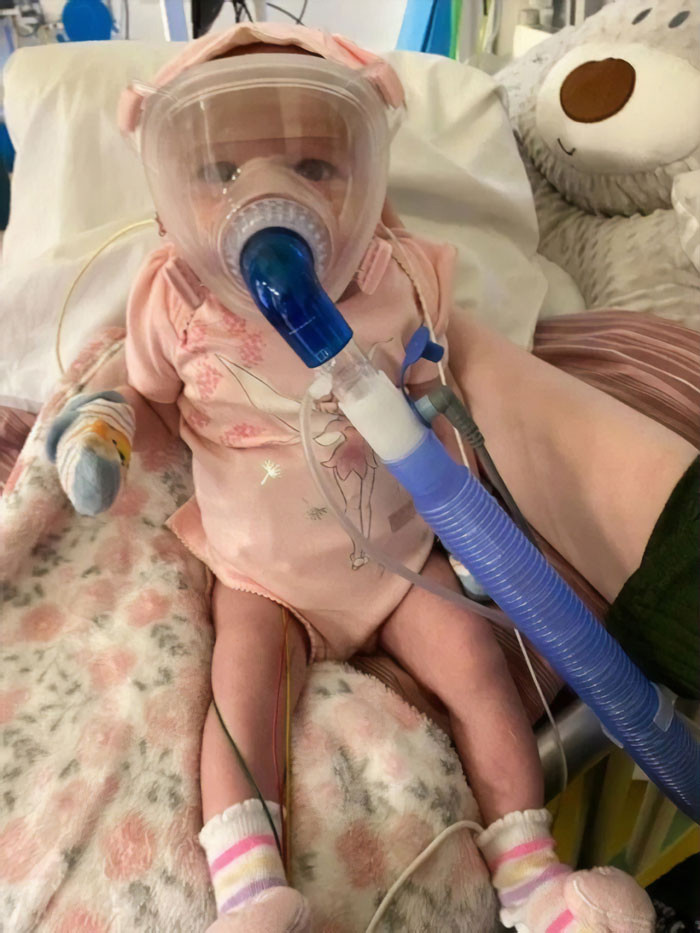 Erin managed to beat COVID-19 after being admitted to intensive care and in post-op, despite having lung and heart problems. 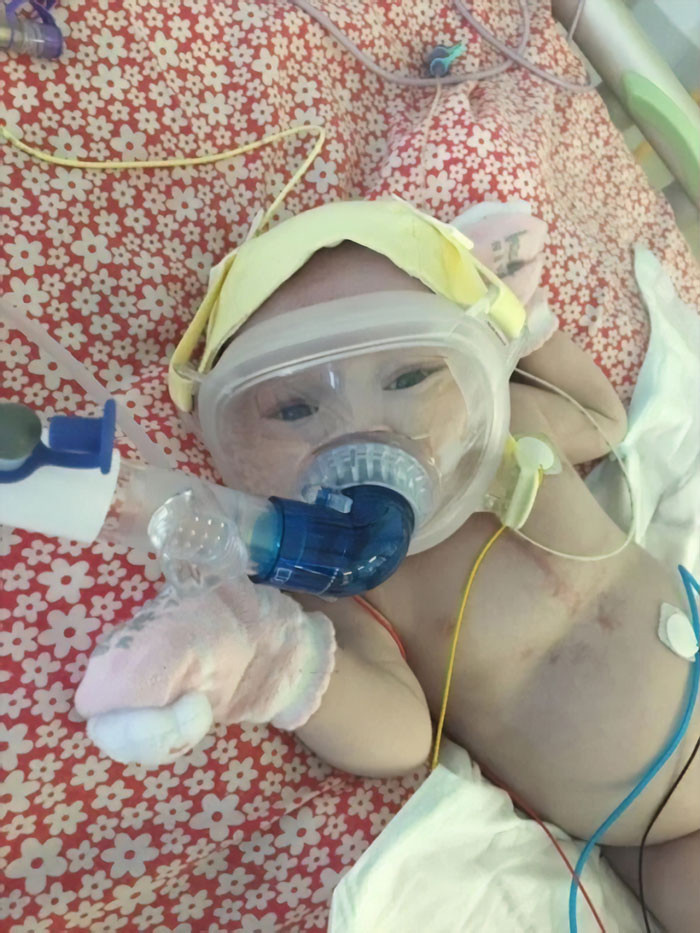 Doctors later realized that it was impossible for Erin to breathe without the help of a breathing machine considering how her heart was pushing against her airways.

After that, there were two possible outcomes, things could work out on their own after a few months as Erin grew bigger, otherwise, doctors will have to try surgery once again. Either way, Erin's parents had to prepare for an extended stay at the hospital.

The situation was further complicated after Erin contracted the coronavirus on April 10th, which ended up extending her ongoing 4-month stay at the hospital.

Despite all of that, the little warrior managed to pull through and beat COVID-19. 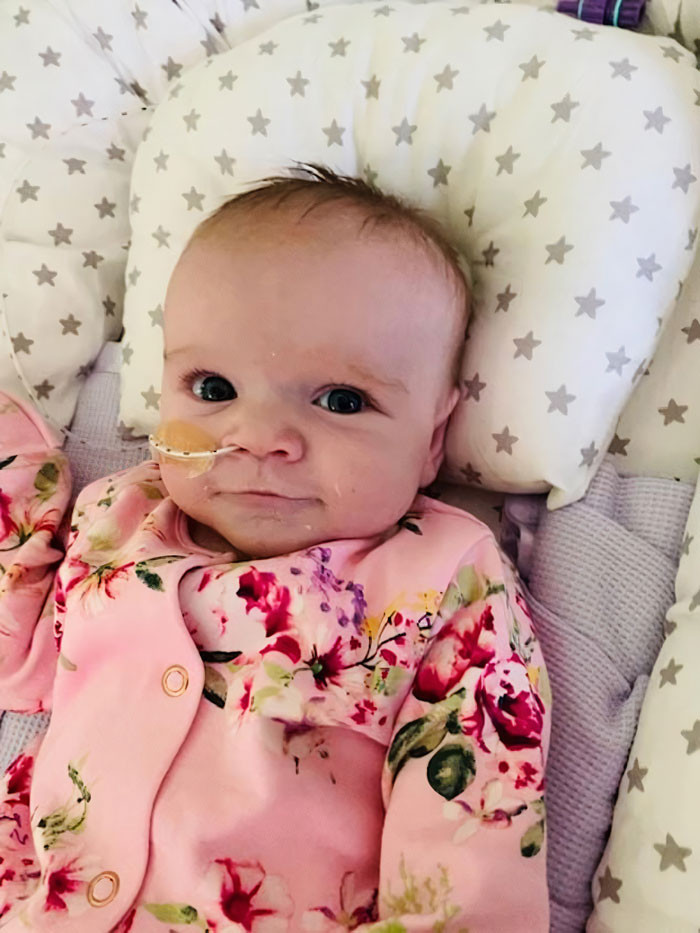 Erin's story proves that despite having pre-existing conditions, COVID is absolutely not a death sentence. 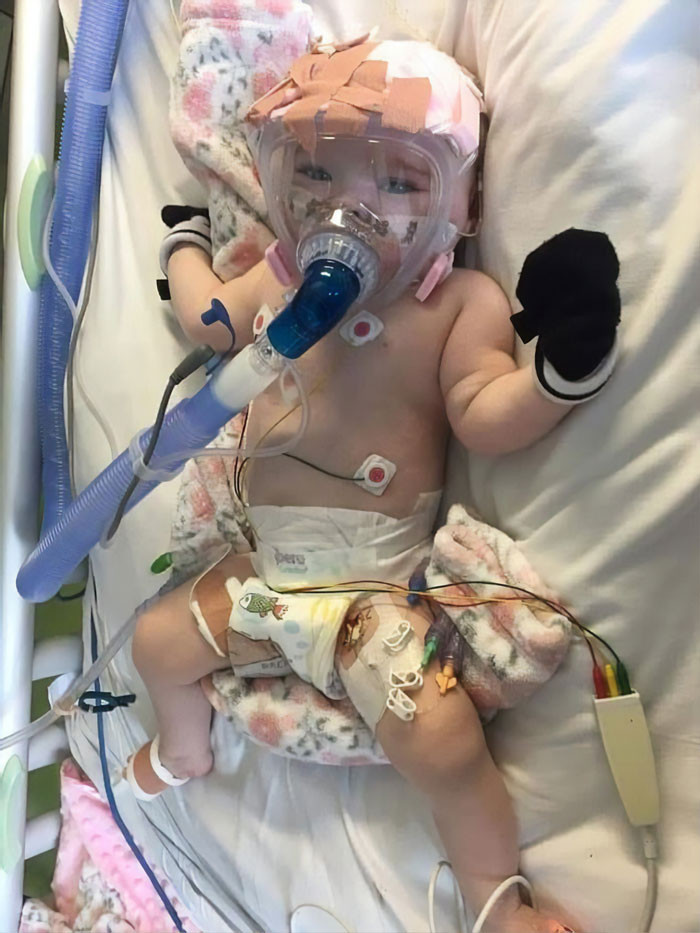 Wayne was eventually able to see his daughter in the hospital for the first time in a while. 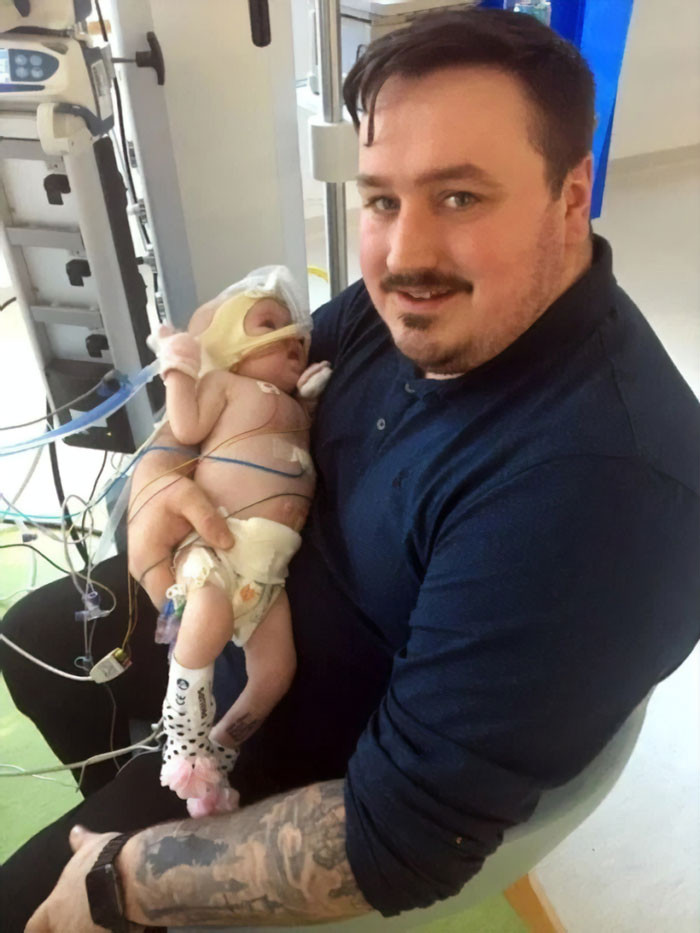 Although Erin managed to overcome COVID against all odds, a GoFundMe campaign was launched to help her thrive in her remaining battles. 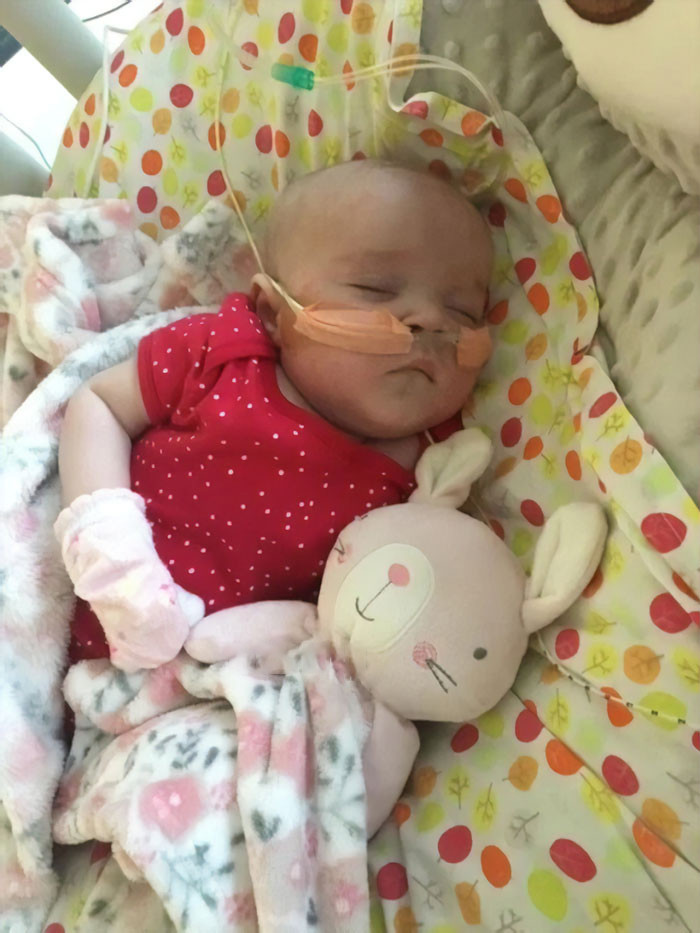 As news of this quickly spread through the internet, a GoFundMe campaign was launched in order to help the family deal with this situation, and we should seriously all consider donating to this great cause here.

You can still join the Facebook group set up by Emma and Wayne "Erin’s Journey", if you want to get updated on the situation.

Here's a video of the moment Erin officially beat COVID-19 and was moved out of isolation.

Internet users thanked the doctors for their great work and showed their support for the family.