Contraception, like the pill or the implant, isn't guaranteed to work all the time. Sometimes it fails and it results in pregnancy. A 34-year-old Vietnamese mom experienced it firsthand. Her newborn came out holding her failed intrauterine device that she had inserted two years ago in an effort to prevent future pregnancies.

The small T-shaped contraceptive device is put into the womb then it proceeds to release copper to stop the user from getting pregnant. The surprised woman learned before long that the procedure failed, considering how she got pregnant anyway.

She welcomed her newborn son in Hai Phong International Hospital in the city of Hai Phong in northern Vietnam. Her two children will be thrilled to have a new brother. 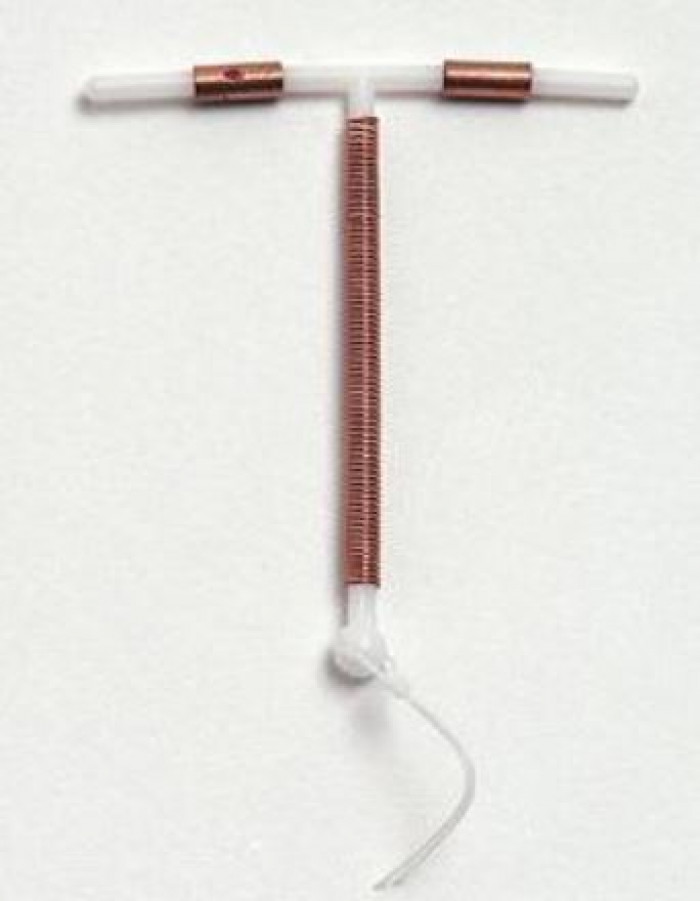 The healthy boy weights 3.2kg (7lb), and his birth was somewhat abnormal since he brought a little souvenir with him. 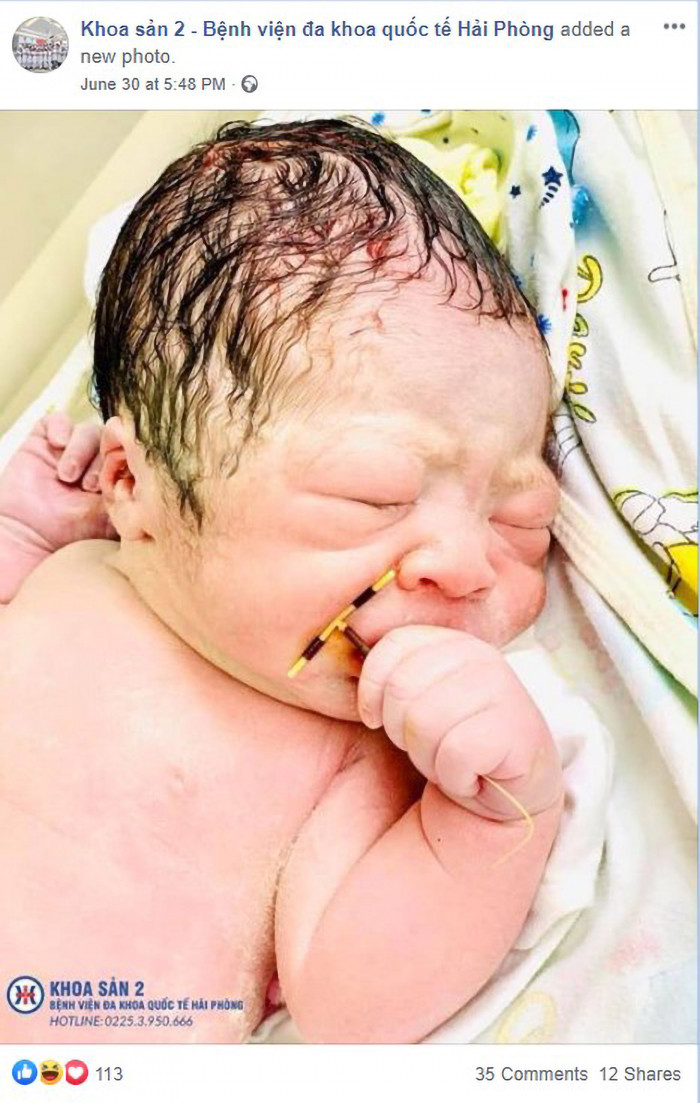 Obstetrician Tran Viet Phuong found the scene so unusual that he decided to take a picture of it. You don't deliver a baby holding an IUD every day.

After delivery, I thought him holding the device was interesting… I never thought it would receive so much attention. 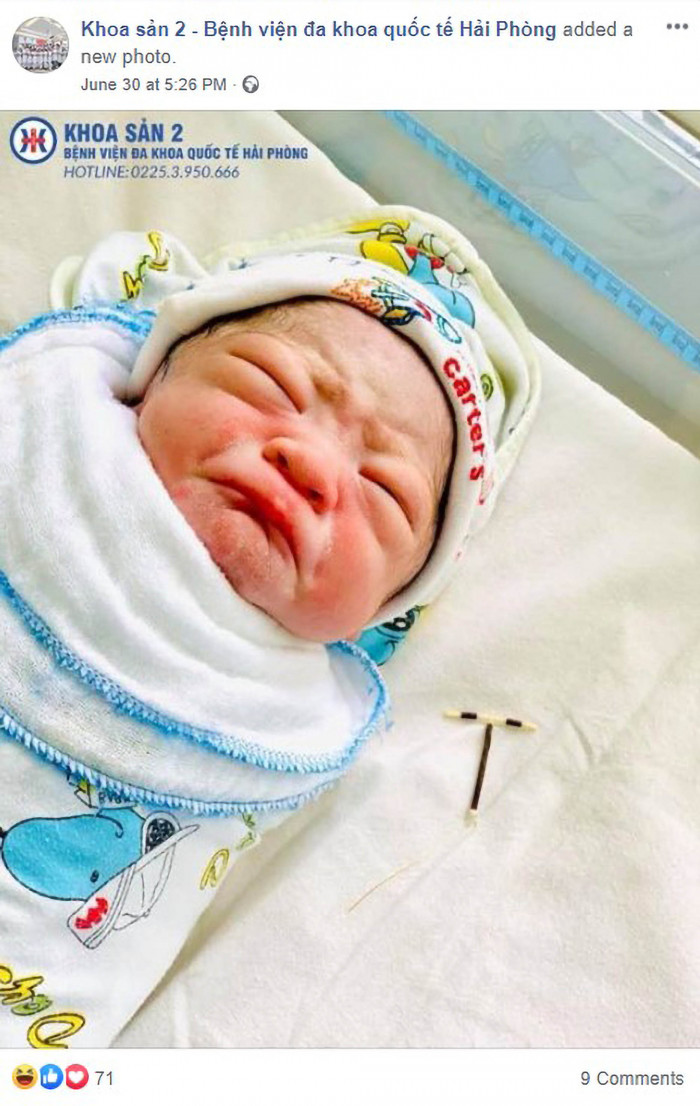 Hundreds of internet users were pleasantly surprised after seeing pictures of the unusual scene online. The IUD could've been moved from its original spot while in the womb according to Phuong, which made it ineffective and caused the mother's pregnancy.

IUDs are 99% effective when inserted correctly, they can last from 5 to 10 years. The released copper prevents sperm from reaching an egg and surviving and makes it much more difficult, and it can also prevent eggs from successfully implanting. 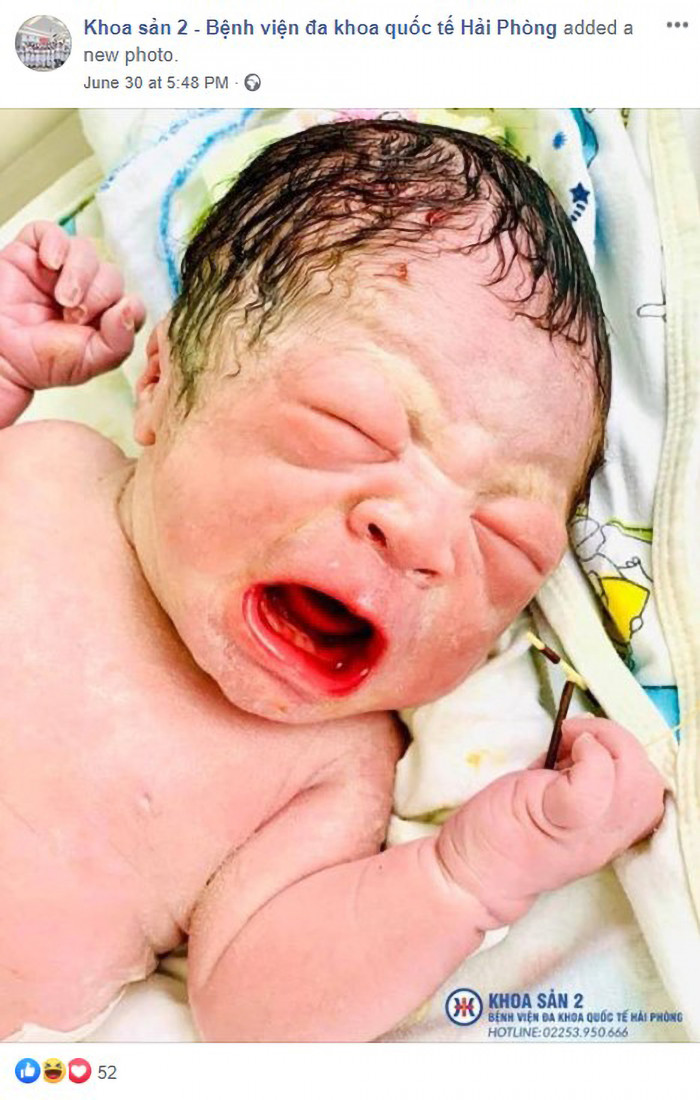 Of course, this all theoretical and things are often different in reality. The mom might decide to switch to another form of contraception after this incident, but we're sure that the family is glad to have a new member.