21 People Share Movie Sequels That Were A Huge Disappointment

Movies are generally a great pastime. But every once in a while, there is a movie we fall in love with, and we can watch it over and over.

And our joy when we hear that there is a sequel coming…. it simply can’t be described. So we wait for that moment when it will come to the theaters and plan months ahead.

And then we go to watch it. And it turns out to be such a disappointment and leaves us wondering why did they even make it?

The thing is- the more we love the original, the more furious we will be if the sequel doesn’t match up to our expectations. We start hating the producers, directors, actors, everyone who had anything to do with the movie – even the catering company.

Is this rational, though? Well, as a movie fan who had been disappointed more than a few times, I can say that this is entirely understandable and rational. Why did they make us like the original in the first place?

It is so unfair to get us hooked and then disappoint us in such a manner. People online shared the most disappointing sequels, and we have compiled a list of the worst ones. Take a look:

"Jaws: The Revenge was like a parody fanfiction. Jaws 3 was not good, but at least they had a somewhat believable plot."

"Which is the one where the shark wanted revenge and like tracked [people] down like a frickin' robot?" (Editor's Note: This one. It's this one.) 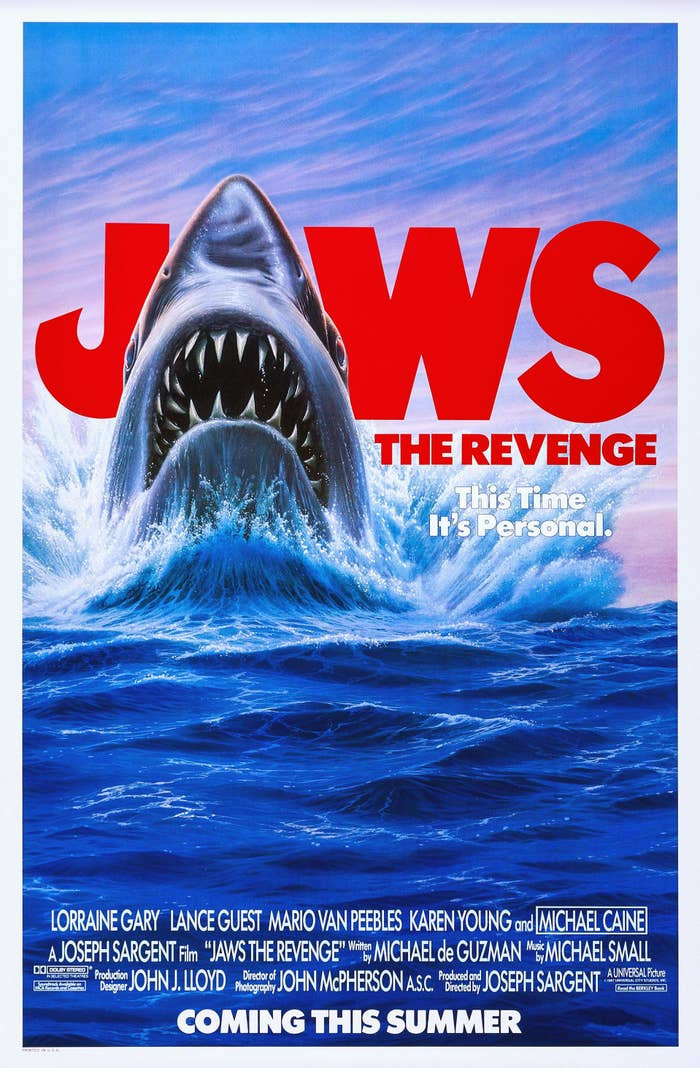 "Yeah, the 'bullying' in that one was just girls committing ... crimes. Drugging food, vandalism...none of the nuanced realistic mean girl stuff."

"It was pretty impressive how Mean Girls was this kind of subtle, kind of in-your-face parody of the classic high school drama movie and whoever wrote the sequel just...didn't get it."

"There should have been only one."

"[Highlander 2] felt like it was written by somebody who had a different script and altered it to fit the immortal highlander stuff, and then they went on to make the third which just seemed like a bad fanfiction that brought nothing new or innovative to the table." 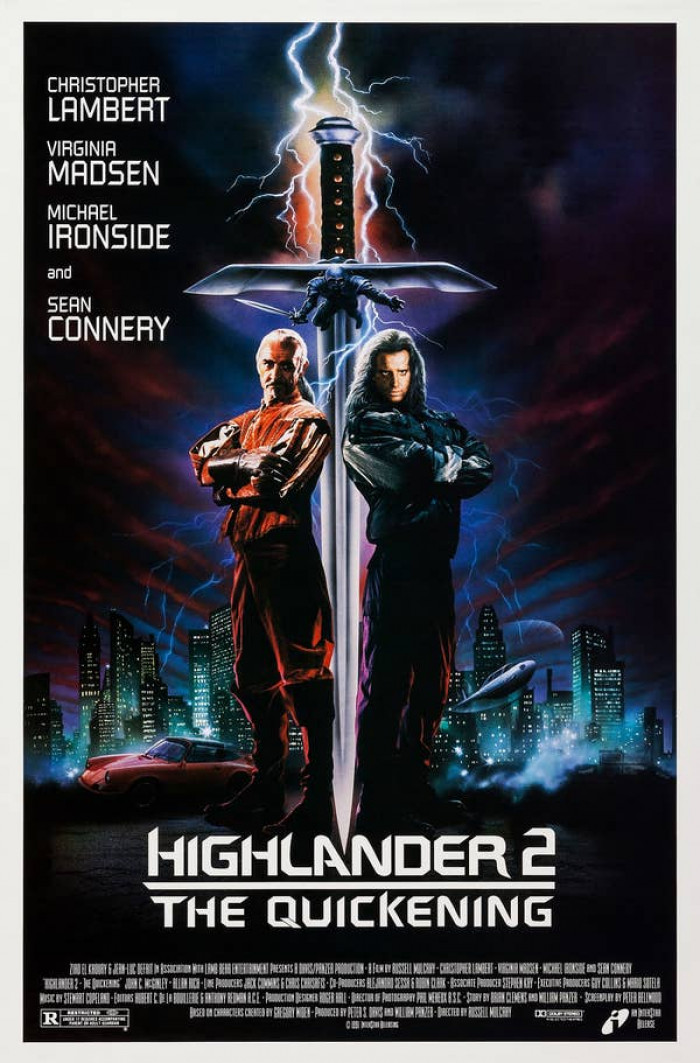 "What I remember was basically an attempt at a remake starring a different character that not only had to cover the same plot points but also use the same imagery, themes, and references. It was pretty embarrassing." 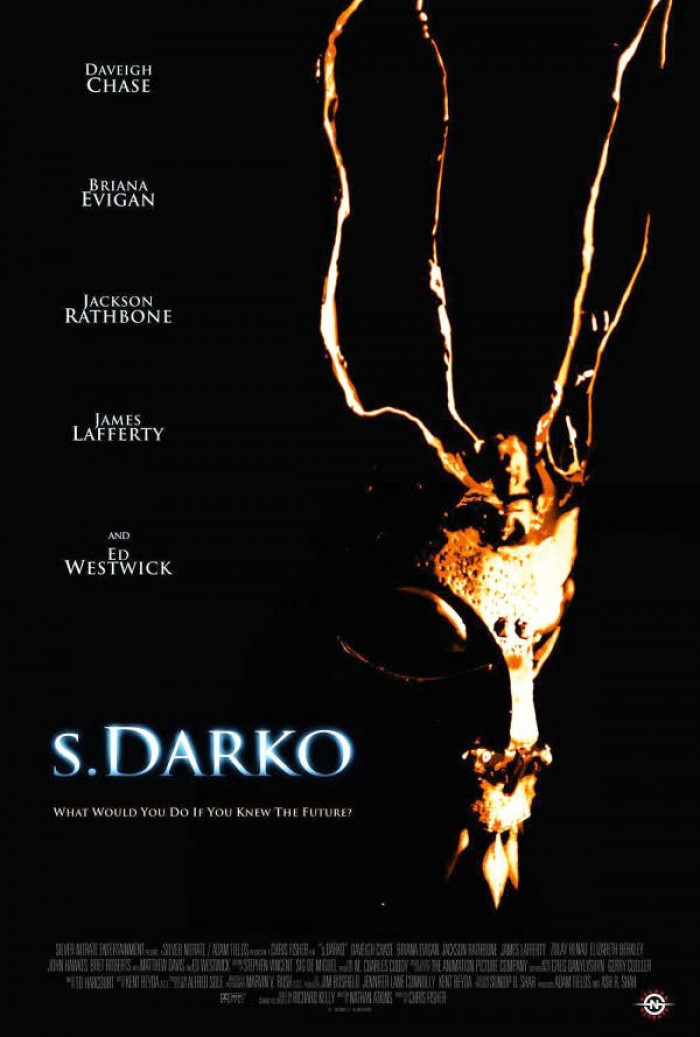 The data from the last five years show that studios are releasing and working on sequels, prequels, spin-offs, and reboots at an alarming pace. Seeing an original movie trailer has now become very rare. As a result, some people believe that the studios are running out of ideas. In contrast, others believe that they are after quick and easy profit. In other words, they opt for proven movies that have a good basis for profits instead of promoting and marketing new ideas. This way, they are suffocating new ideas and leave their viewers deprived of new and original ideas.

"I saw that movie for green on late night cable. I was mooching off my landlord’s account. I still want my money back." 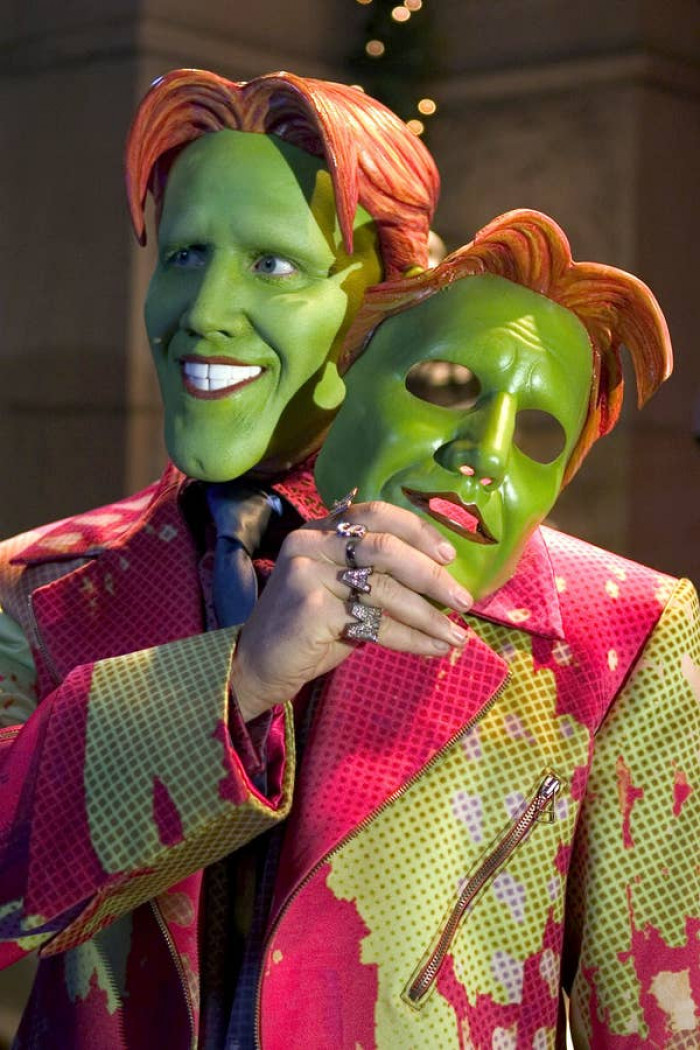 "The two Lost Boys sequels that nobody brings up because they're that bad."

"Both films have a Rotten Tomatoes score of 0%. Not a lot of noteworthy actors were in the films. ... Basically, they're two movies that tried too, too hard to capture the magic of the '80s film by making an unnecessary trilogy nobody asked for." 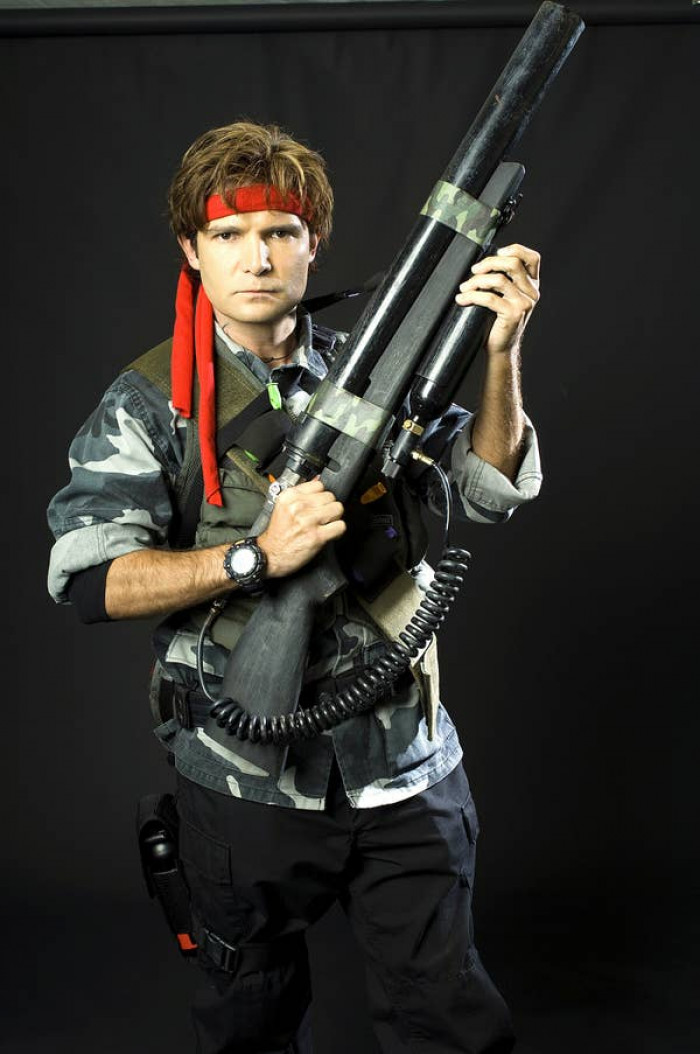 "Some of the voice actors are different, not to mention the terrible plot."

"Mulan 2 is absolute garbage. Mulan had all these themes about family honor, proving yourself, female empowerment, etc...Mulan 2 is about having a boyfriend."

"Ghost Rider 2 is so bad that I genuinely thought it was some low-budget fan-made movie. I had to have been like 10 when I happened to see it while browsing TV channels ... to be that young and make that observation based on what is already a pretty bad movie, you know the second one is really bad."

"Blues Brothers 2000, which sucks because it was written by the exact same people (Landis and Aykroyd), but if you had told me it was written by a little kid who really liked the music and the outfits from the first one but didn’t understand the plot, I would have totally believed you. It’s sort of saved by the sheer volume of music greatness that gets cameoed in." 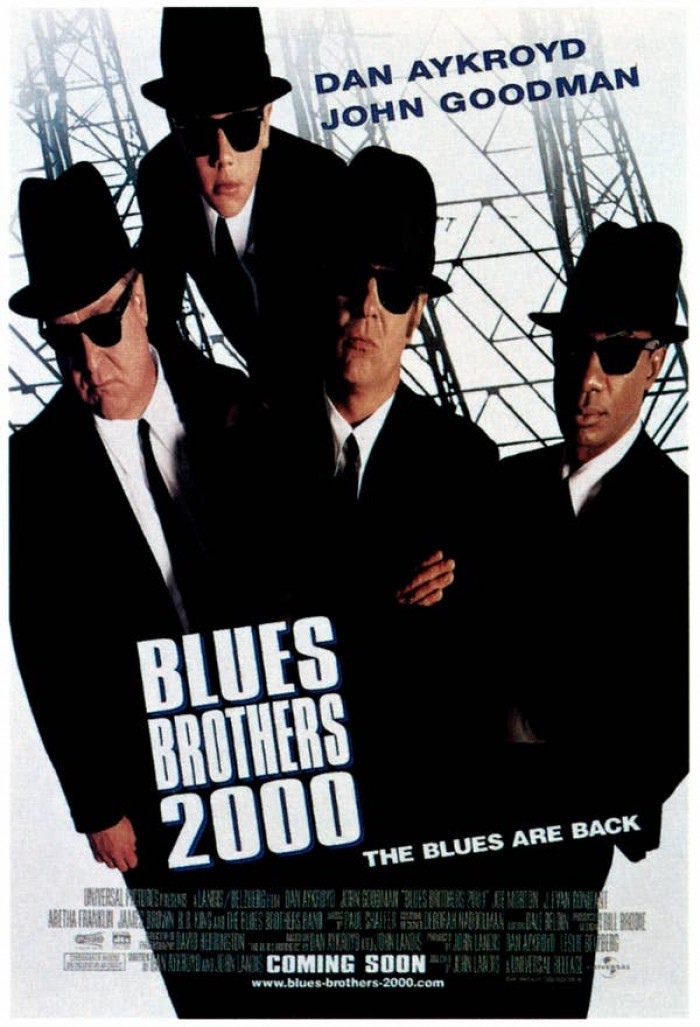 "Unwatchable garbage. I think I tapped out after the first or second Asian joke. I don't even remember." 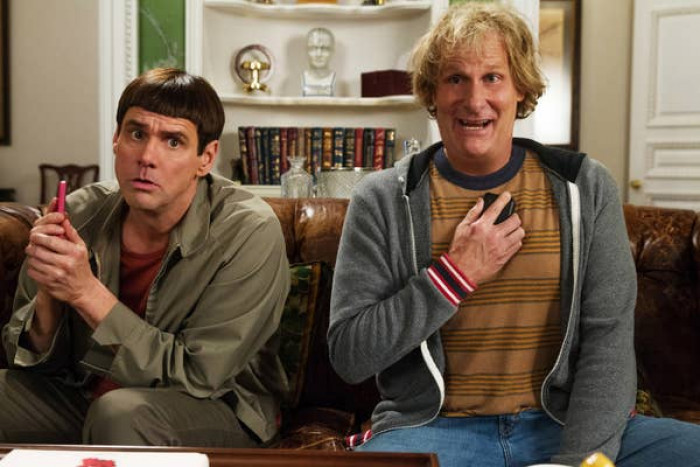 "The Rise of Skywalker script reads like a 9-year-old playing with Star Wars toys.

'What if Palatine wasn't really dead? What if the bad guys had 1,000 Star Destroyers but each one was as powerful as a Death Star? What if Rey was a Palpatine, but then at the end she became a Skywalker? What if Chewbacca died but he was actually on a different transport the whole time? What if the Force could bring people back to life?'"

"The entire Reylo plot looked like it was written by a middle schooler with an obscene fascination with the 'enemies to lovers' trope without fully understanding all the nuances of making such a trope work okay, much less implementing it in a not-toxic way."

"The whole trilogy played out like an intro to writing class assignment where they have you start by copying an existing story almost verbatim and then each person in your group writes a different chapter but they waited until the morning the assignment was due to start writing anything, and rather than drinking coffee to help wake themselves up and focus, they opted for a crate of whip-its instead."

"How many times can you do variations of the exact same plot before it turns to ass? I'd say it's a testament to how good Terminator 2 was that they were able to pull it off twice in a row. Plus, the rampant time travel is a concept just asking to ruin the thread of a series. But at the same time, making sequels set in the future don't have much keeping them from being a pretty generic sci-fi armageddon."

"There were no other stories they needed to tell after Terminator 2. The concept of a killer robot from the future hunting people down had already been fully explored by that point. So everything after is just unnecessary noise." 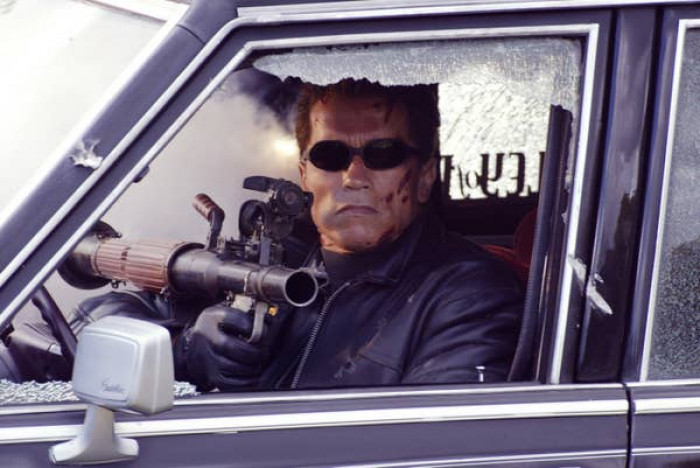 "How we went from arcade game characters in arcade games to a Disney version of The Emoji Movie is beyond me. I didn't hate it, but it really abandoned a lot of what made Wreck-It Ralph so good."

"Ralph's weird possessiveness/jealousy story arc feels forced, tired, and hard to get emotionally invested in. The portrayal of the internet feels weirdly sanitized. They could've at least touched on some of the darker or more sinister aspects of places like eBay, YouTube, etc, but they didn't. ... The whole sequence with Disney's website felt like Disney jerking off at the sight of all the properties they own." 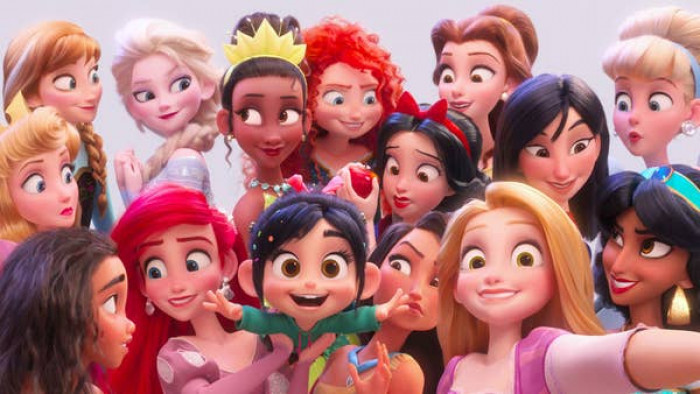 14. Fantastic Beasts: The Crimes of Grindelwald

"I'm still fucking furious. They are basically throwing everything we know about the wizarding world in the bin, [and] for what? McGonagall would absolutely not have been a teacher then. Hell, she wasn't even born for another eight years! ... They killed off the Lestrange blood line, when we know it continues. ... [Leta's] sacrifice literally did nothing. ... They DESTROYED Queenie, who was my favorite of all Harry Potter characters ever. ... And lastly, there is absolutely no way Credence is a Dumbledore. Daddy Dumbledore would have been in Azkaban or dead when he was conceived and mommy Dumbledore had died."

"The second one doesn't have anything to do with the first one, and it's apparently technically billed Larry the Cable Guy Jingle All the Way 2." 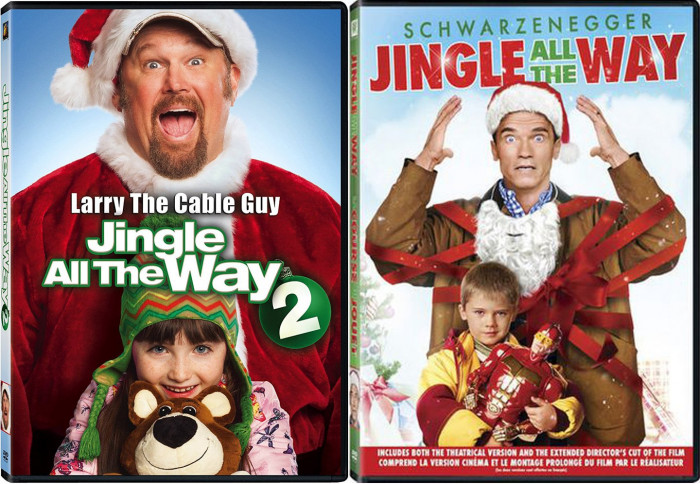 "[It's like] fanfiction written by a die hard fan of the Warner Bros IP catalog."

"I have a feeling that all the characters across all of Warner Media crammed into this film was used just so Warner can brag about what they have accomplished overall." 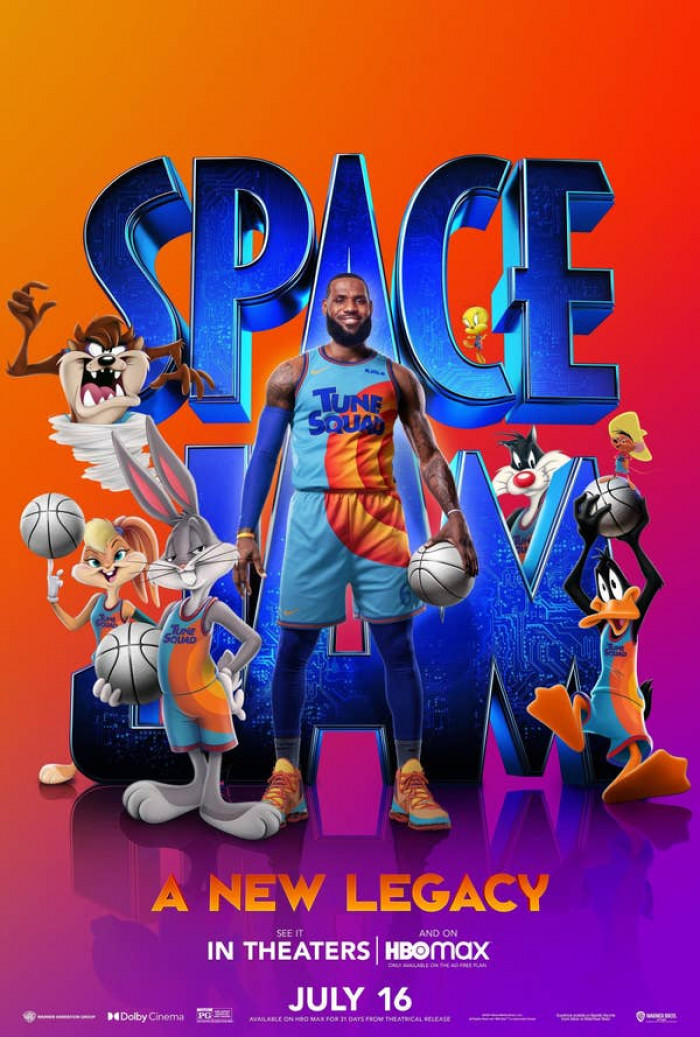 17. Pirates of the Caribbean: Dead Men Tell No Tales

"First Pirates of the Caribbean: Jack Sparrow seems like a fool, but is actually a genius who makes his own luck and sets things in motion well in advance. Fifth Pirates of the Caribbean: Jack Sparrow is an idiot everyone gets in trouble protecting because they think he’s more valuable than he is. Then add some ‘everything must be related’ trash."

"This literally is fanfiction. It rewrites a lot of established lore."

"It's better if you look at it as Mater's Tall Tales: The Movie."

"[The Evil] Stepmother steals the wand from the fairy godmother [and] uses it to go back in time and have one of her daughters marry the Prince. The daughter realizes how fucked up this is and steals the wand back to fix everything back to normal."

"It's fanfiction-y, yes, but it nails the absurdity and goes with it. I love how the Prince jumps out of a window just because." 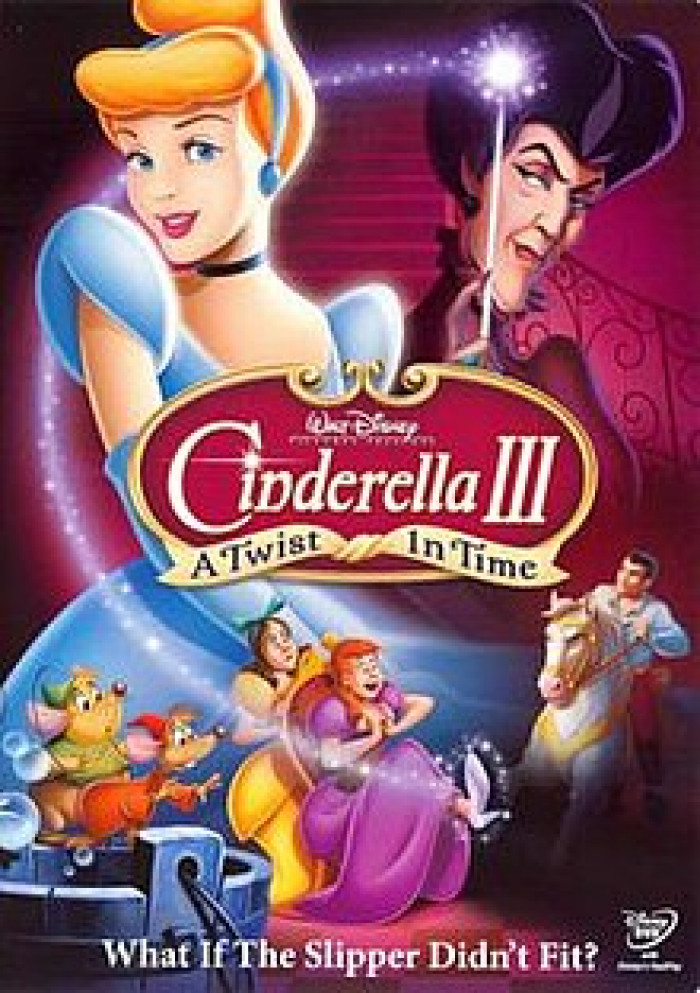 "It ... has several incredibly cheesy musical numbers and the animation is not great. Essentially, everything people loved about the first movie (the dark tones and compelling storyline) gets thrown out in favor of a cheap story and tacky songs throughout." 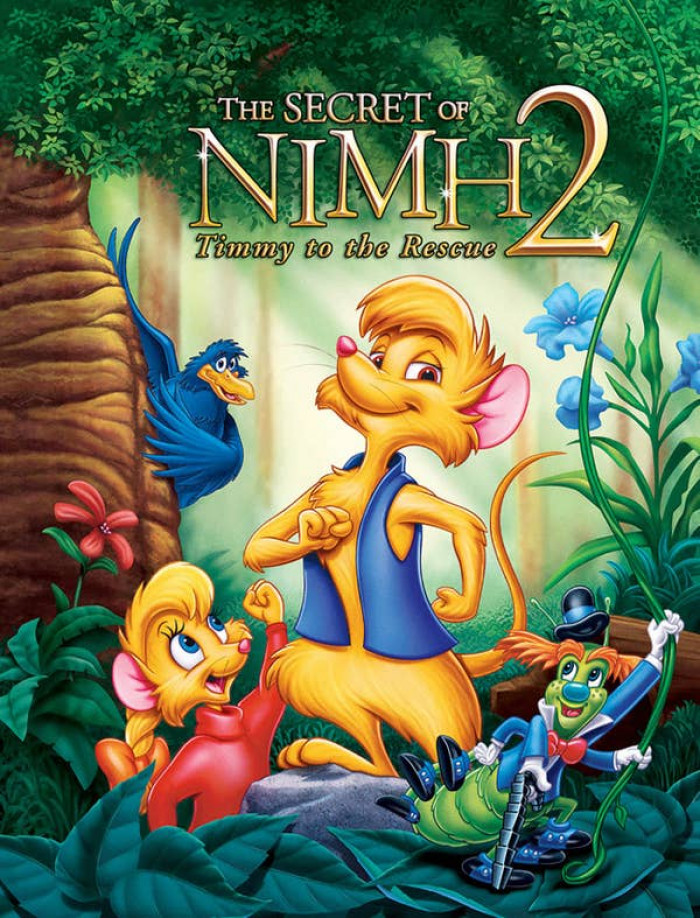 "The biggest disappointment in this movie is that it spends the first 10 minutes painting the picture of a half-ruined world where numerous coastal cities are now derelict and mostly abandoned save for some scavengers and opportunists, showing that people are working on building their own versions of Jaegers, and one of them has figured out a way to make it work without two pilots (something that was a fundamental rule of the first one).

After this opening sequence, all of this becomes irrelevant as the cast are recruited to a military training program, the same monsters inexplicably return because reasons, and then the film basically discards its interesting opening premise to retread the same generic story beats as any other movie."

The best illustration of the industry's situation is that only two of the top 10 movies of 2018 weren't sequels. And, in 2019, only a single movie in the full 10 grossing movies of this year can be classified as 'original' (Elton John biopic Rocketman). The figures show a steady rise in sequels and remakes since 1993, with their number multiplying by 700% over 25 years.

Of course, all this wouldn't be a problem if they would make the sequels good. What do you think of your list? Do you believe that some movies are unjustly scorned?