Pregnancy is one of the most major life events that can either bring a lot of joy and happiness to people's lives or make them completely miserable. A recent Reddit thread managed to shed light on how important it is to surround yourself with positive people during pregnancy, the woman who initially shared her story under the username u/morbidmommy11, eventually deleted the post, but internet users managed to salvage bits of it.

The title of the post is "AITA [Am I The A-Hole] for banning my husband and father in law from the delivery room due to their intensely stressful/creepy behavior during my pregnancy?" and thankfully, despite not being able to read OP's full original post, we are at least familiar of the backstory and have access to people's reactions.

OP spent most of her pregnancy hearing creepy comments from her husband and father in law, which led her to ban them from the delivery room, and now she's asking internet users if she's in the wrong for doing so.

The original post got deleted but Scary Mommy managed to salvage some bits of it:

“When husband asked me to go through all of my possessions and ‘inventory’ what I wanted to be saved for the baby vs. what I would want to be returned to my family in the event of my death, I put my foot down and said absolutely not,” she writes. “Too morbid. No way.” 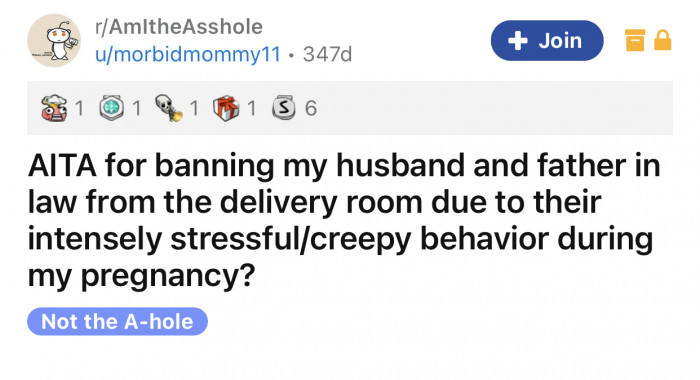 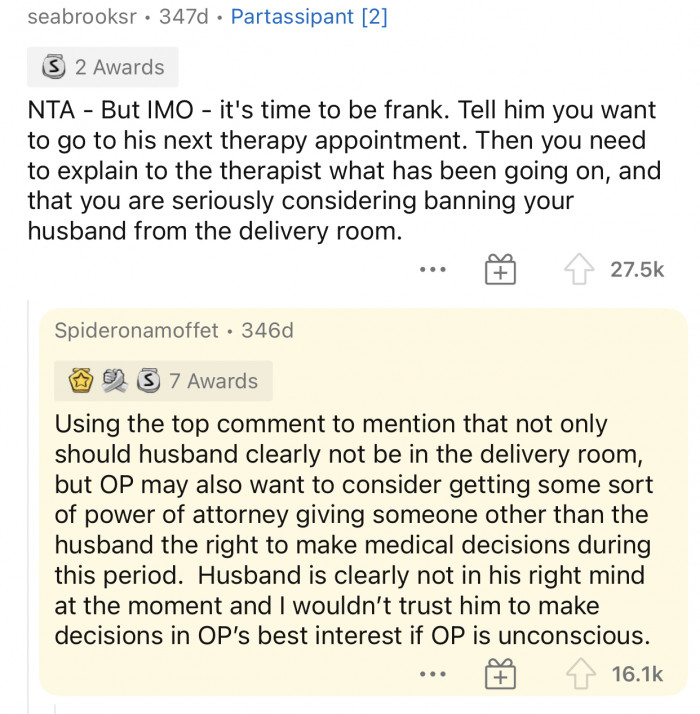 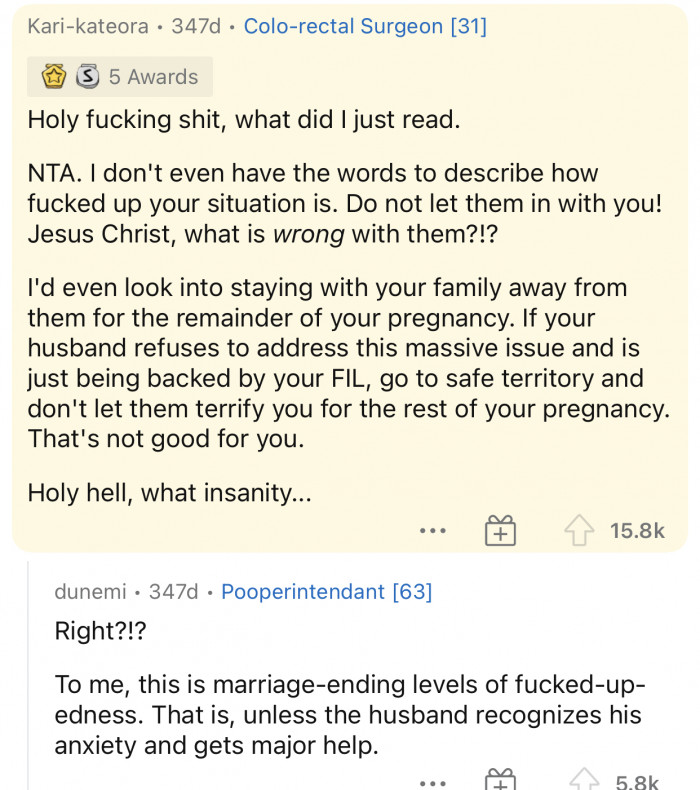 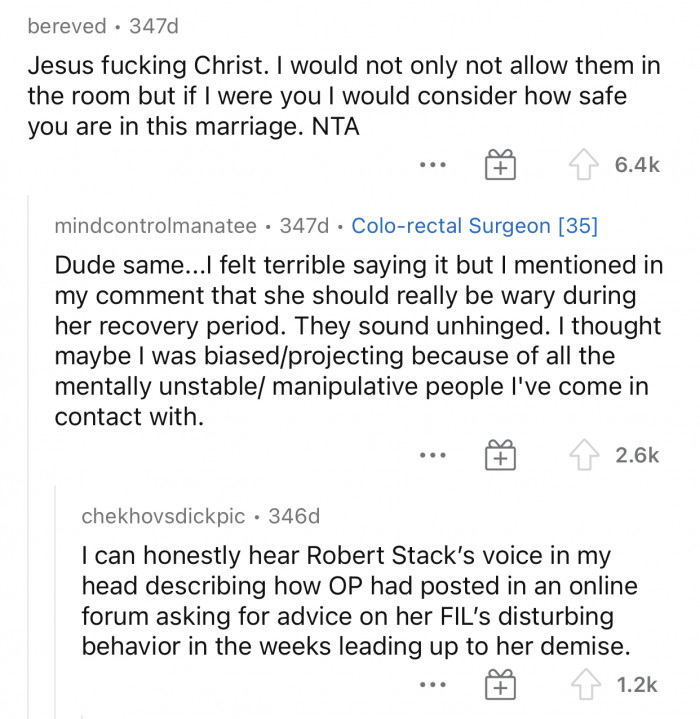 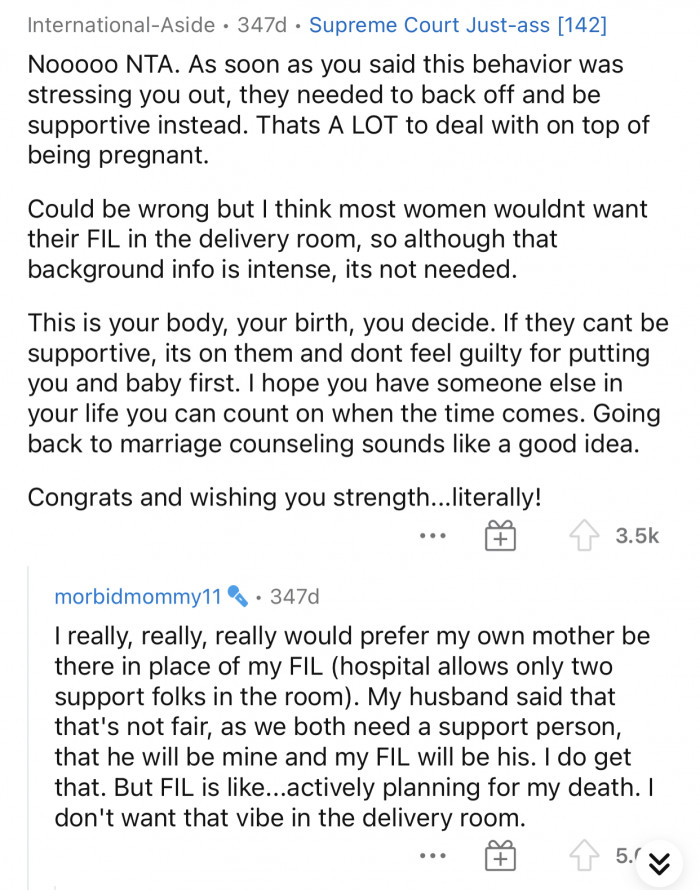 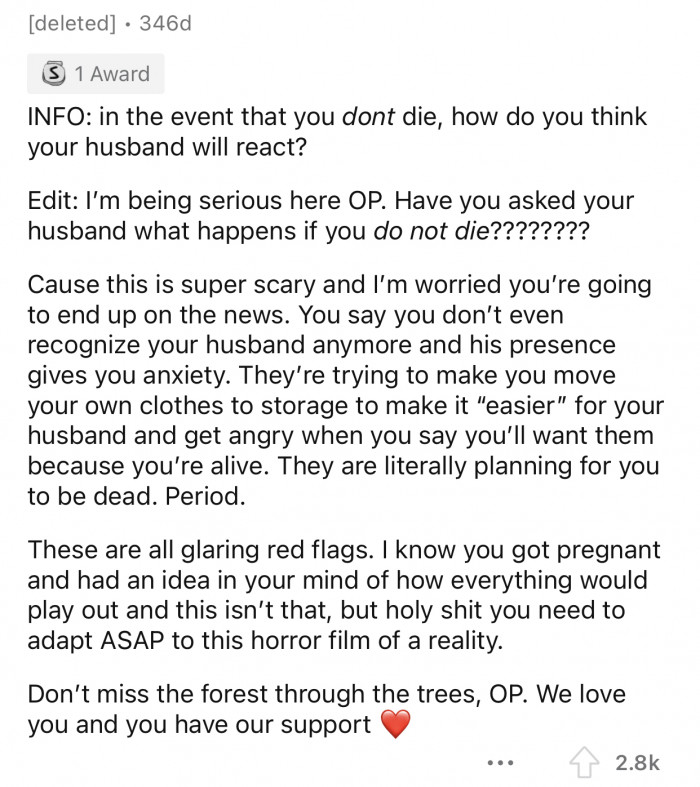 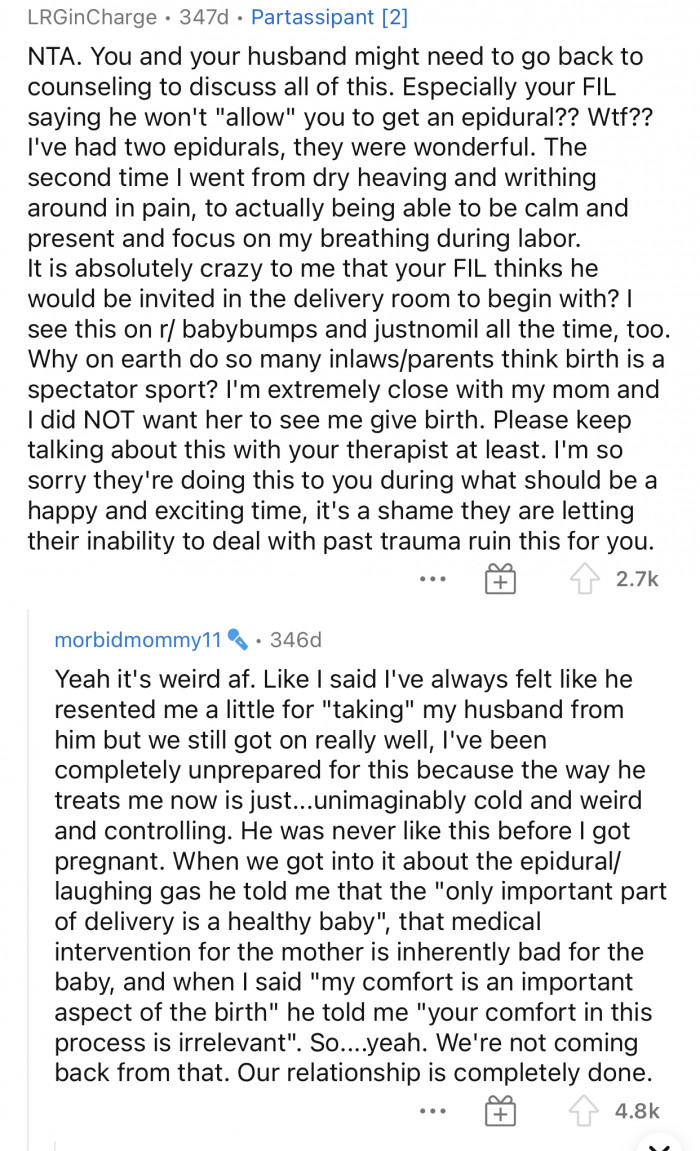 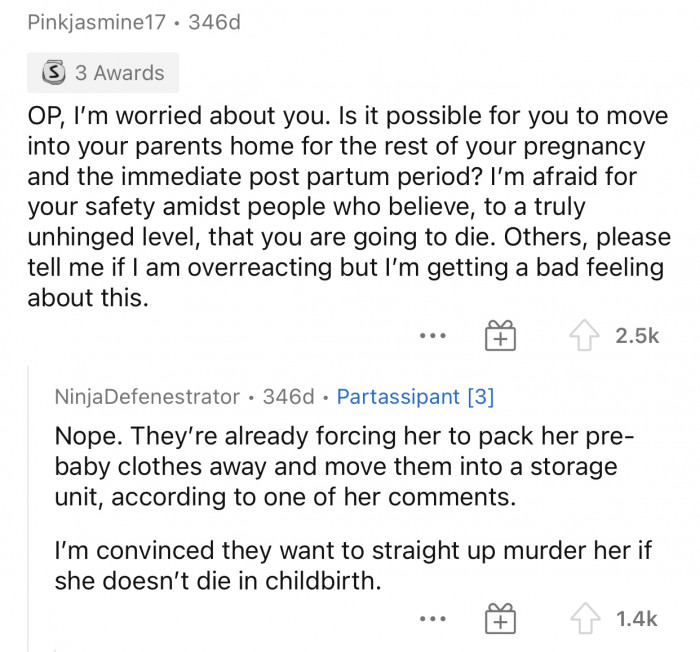 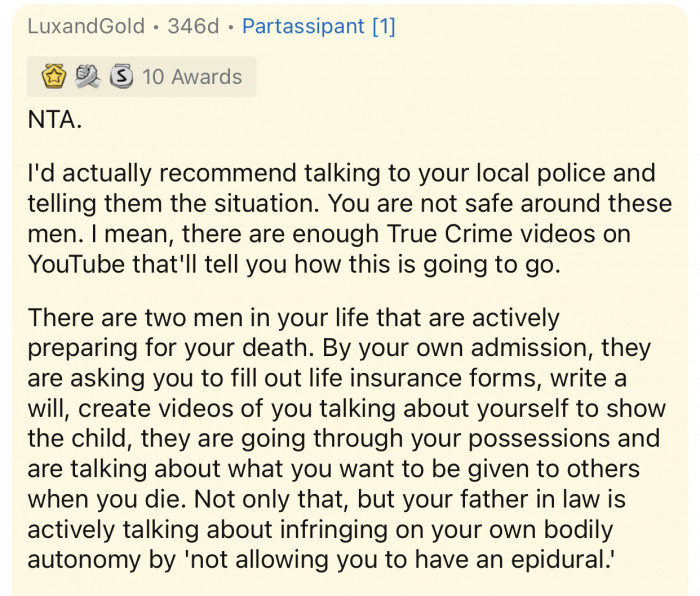 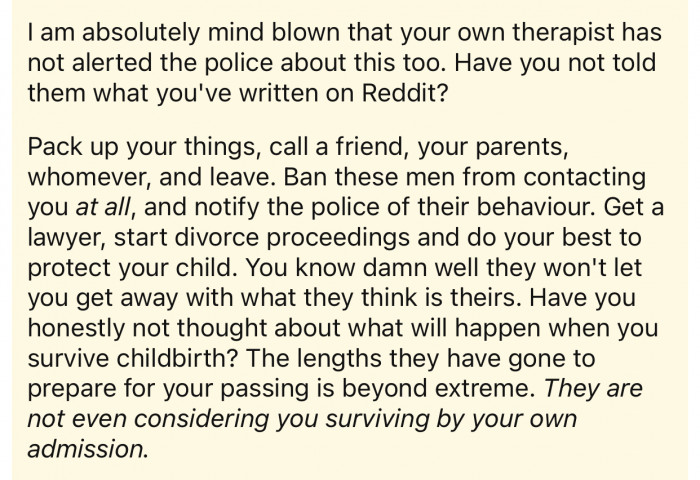 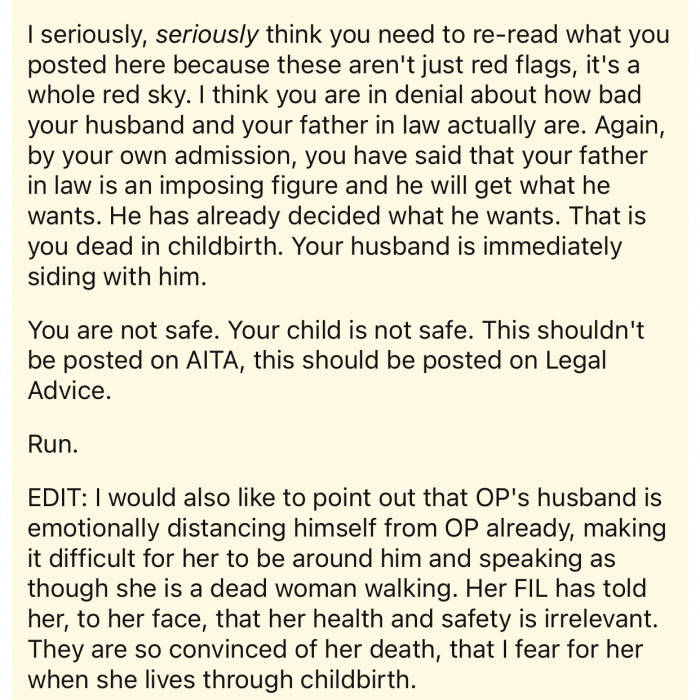 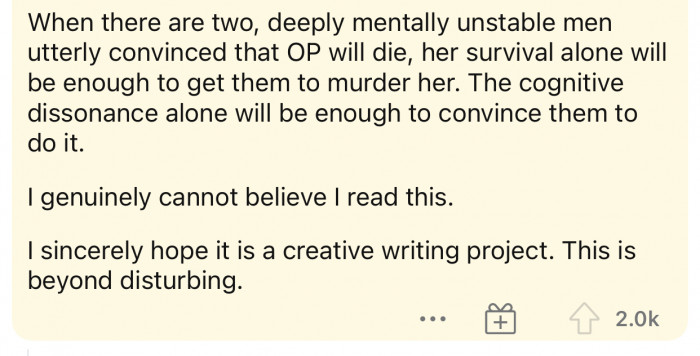