No matter where you live in the world, most of us have a boss. We've all had good ones and bad ones but this boss takes the golden star grand prize for best boss... ever.

An Imgur user going by the username CainMolir posted screenshots of a conversation he had had with an employee named Jenn who had messaged him to tell him she was going to be late for work. The following messages are unbelievably brilliant and are the kind of honest caring spirit and interaction we'd all wish to have in the workplace.

The images were posted under the title 'Just trying to be a good boss' and I can safely say, you sir, are a great boss.

Jenn messaged her boss one day to say that she would be late for work. This was clearly a weird message for the boss to receive as to his knowledge she had never been late for work (in fact had been known to be early on many occasions) for six years. “This lady has been with the company for about 8 years. In my time, she has never been late, called out, etc. She’s also a very sweet older lady that the guys in the office call ‘Mom.’ 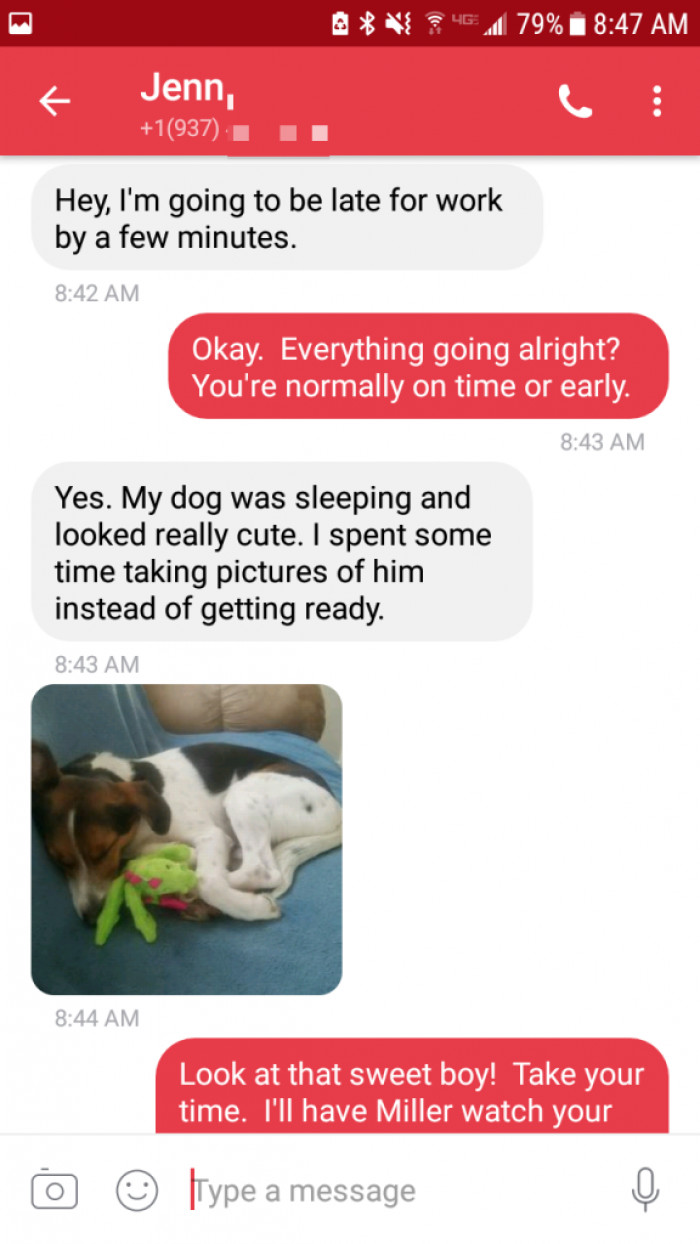 So, what was her reason for being late? Well, as it turns out her dog had fallen asleep with it's toy dragon and looked so cute Jenn wanted to grab a few pictures. It has been noted in many of the comments of the original photo on Imgur that many peoples bosses wouldn't see this as a valid reason. However, this boss clearly didn't share that opinion. He proceeded to tell her to take her time and that a colleague named Miller would cover her phones until she could make it in. Additionally, he offered to get Jenn and her dog tickets to a 'Bark in the Park' event so that she could watch baseball with her dog. This is truly the best boss ever. 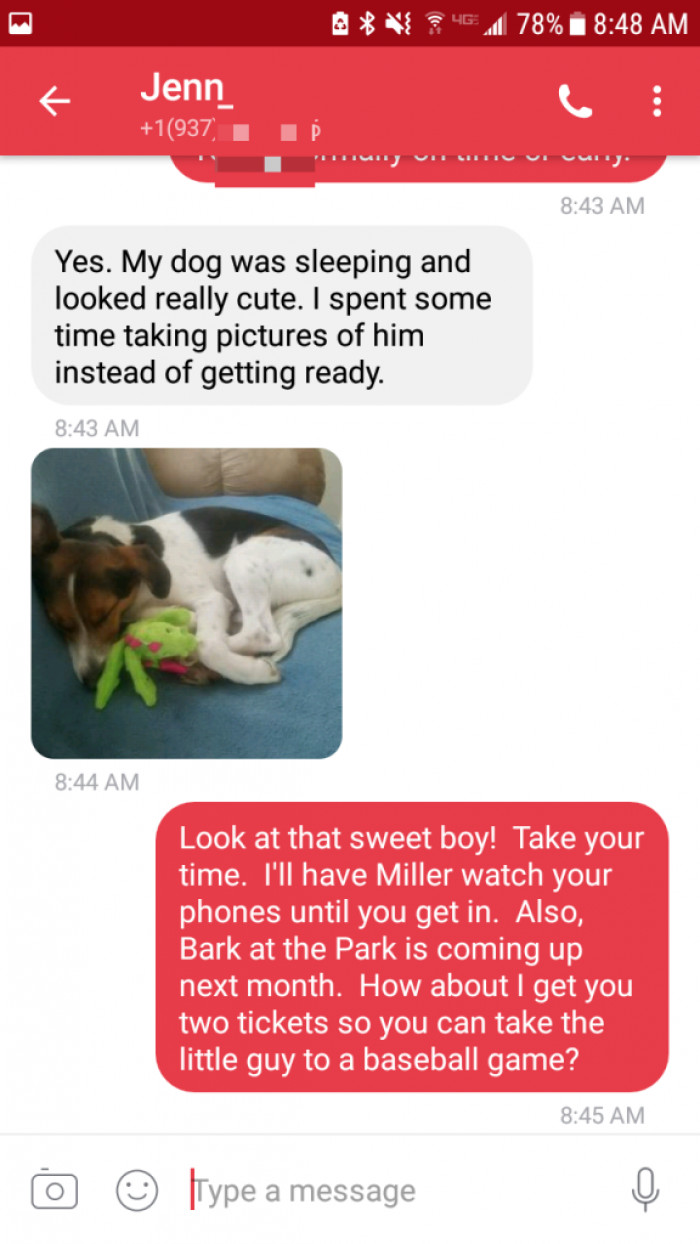 After further review the boss found out that Jenn had indeed never been late in six years and had been late only once in her eight years of employment at the company when her son had to have his wisdom teeth removed at the nine month mark of her employment. The boss followed through on his promise of tickets and even bought the employee manning the phones Chipotle. The only downside to this story is that as of the last comment the boss had left on his image he has not received his hot sauce back from the employee who he had bought Chipotle but he has be been stated as being a "good dude" so I'm sure he returned it as soon as possible. 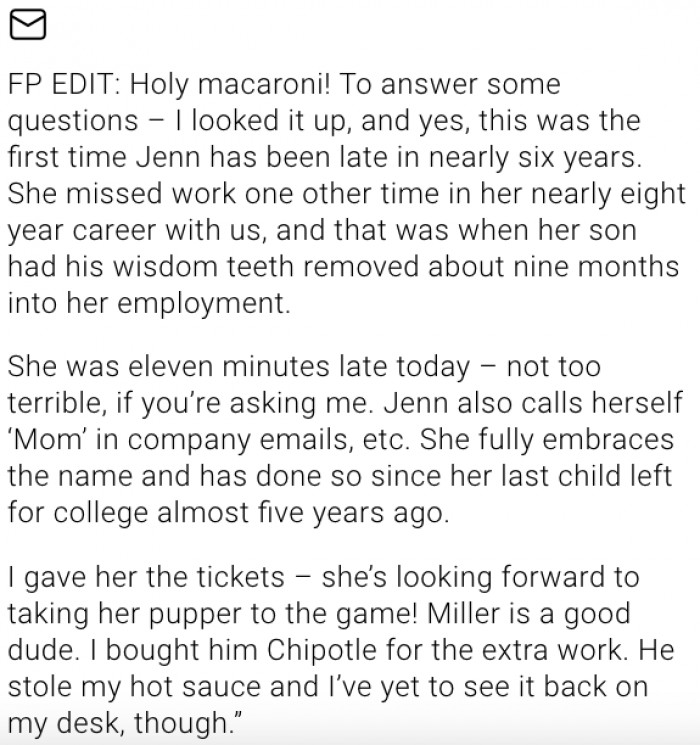 The responses on line are brilliant.

The responses on line add another dimension to this truly heartwarming story. Many of them praising this boss for being so kind. Many of them asking if he would like to be their boss and letting him know that they would love to work for him if thats how he treats his employees.

I'm sure he's not. That hot sauce just happened to vanish. it's not Millers fault.

This great boss has inspired others to become great bosses themselves one day.

The question we all want to know.

Straight to the point

Naww. What a cute dog.

This photo was truly worth being late to work for. 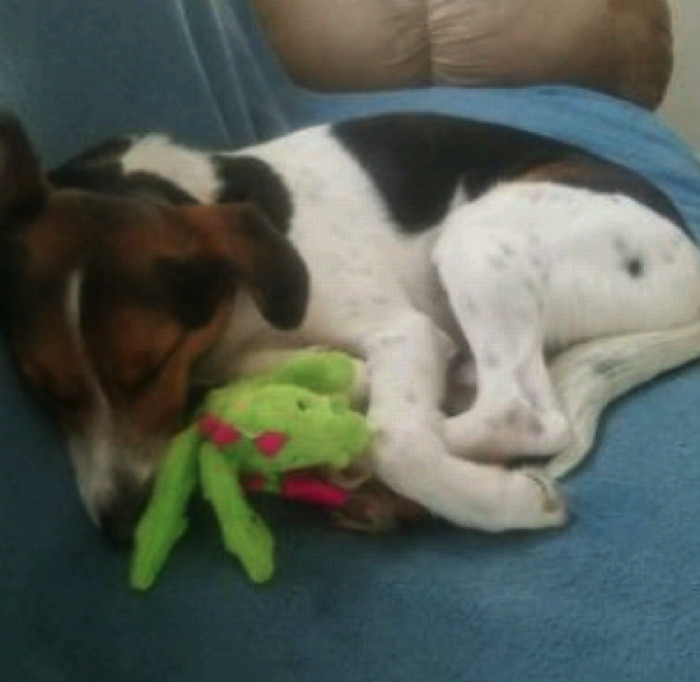