Dealing with human beings on a regular basis is truly the worst, the awkwardness is just too real and there’s pretty much no escape from it. Attempting to read other people’s body language is almost impossible in some situations, so it often ends up being quite awkward for all involved parties.

Getting along with cats is much easier because they’re not as complex as human beings (although some people would disagree). As long as you keep them fed and give them scratches, they will love you forever while pretending they don’t give a sh*t about you the whole time.

Rando is an artist from Singapore that uses comics to illustrate his socially awkward life. He stated on his website: “I used to call myself ‘Random Wisdom’, but that was long ago when I made comics in private for my friends. After they convinced me to share my comics and realizing how crummy the old ones were, I decided to restart ‘Random Wisdom’ and renamed it ‘RandoWis’.”

Rando includes his cat in most of his comics, their daily interactions are always awkward and every cat parent would be able to relate to at least one of them. Scroll down and check them out, and don’t forget to let us know what your favorite comic was! 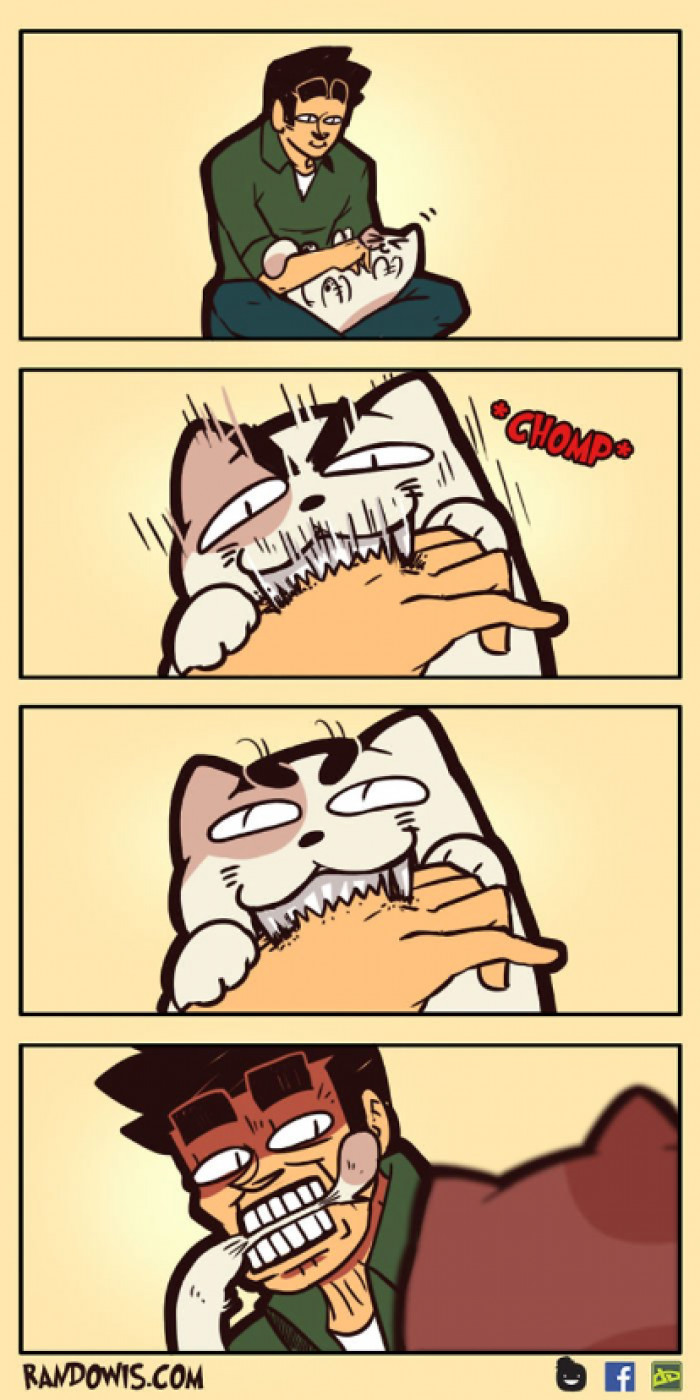 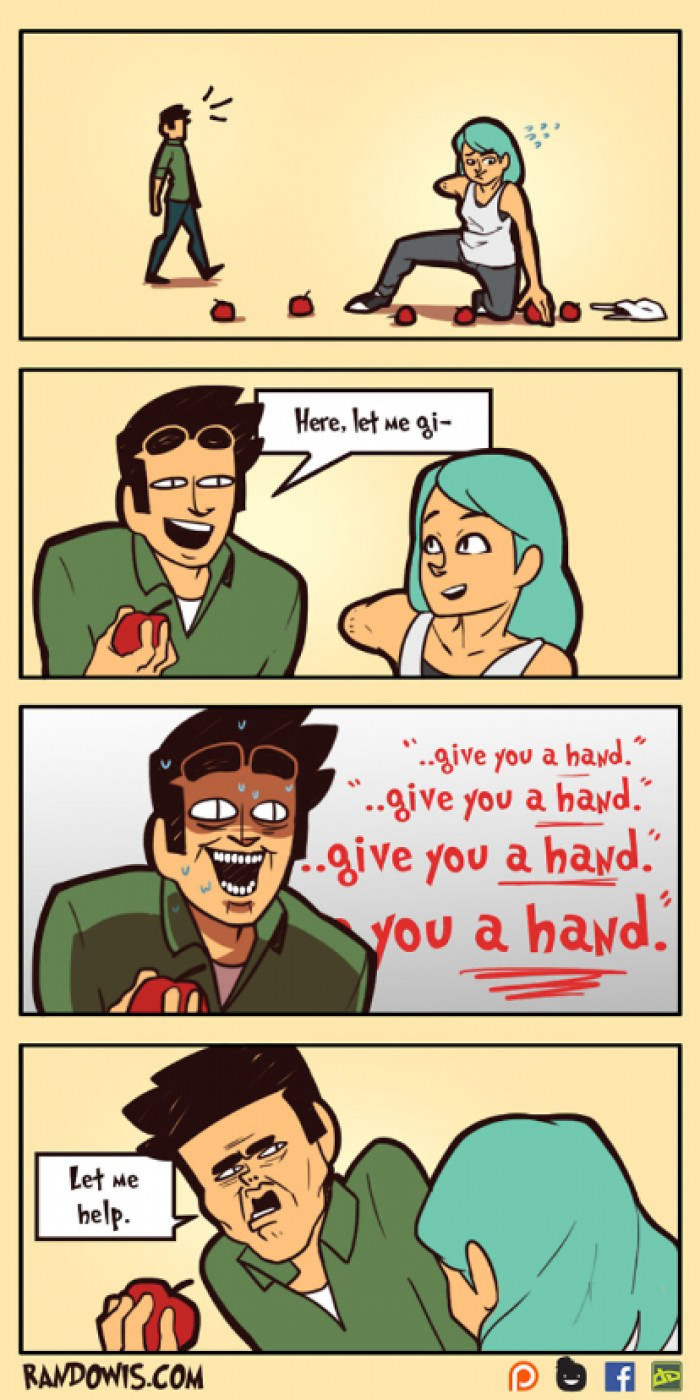 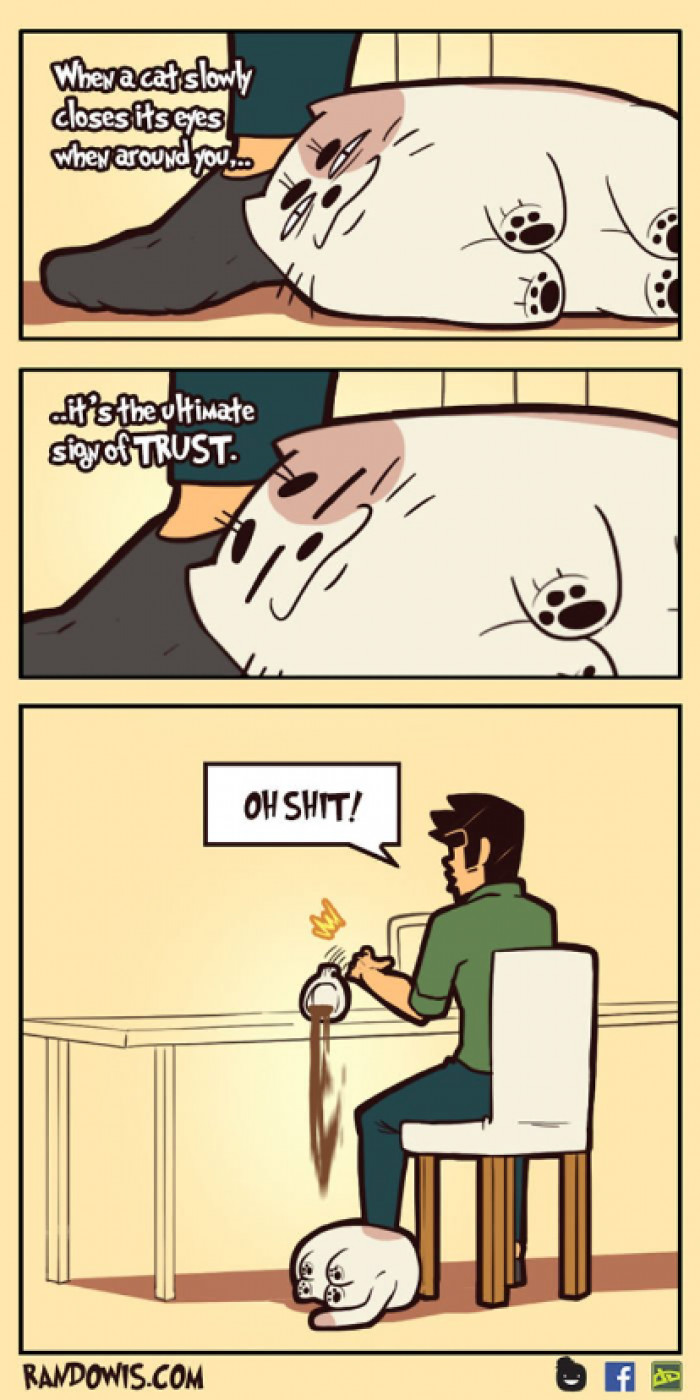 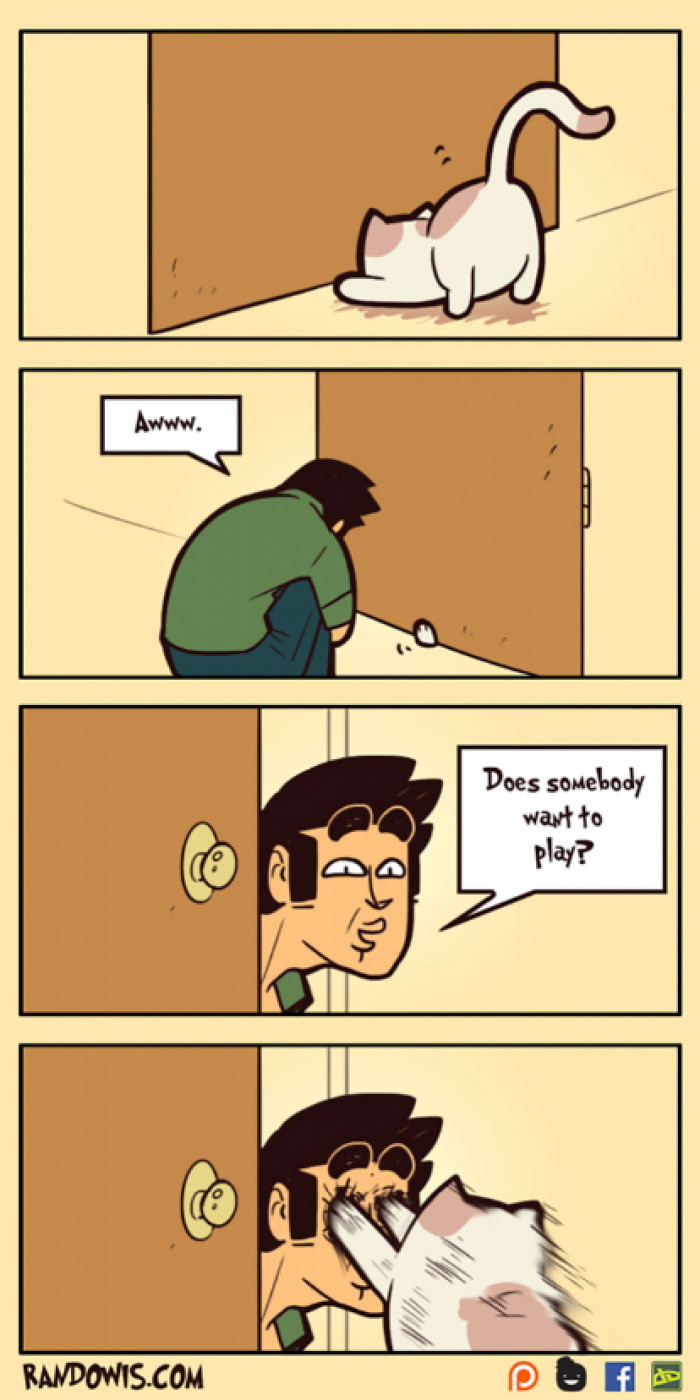 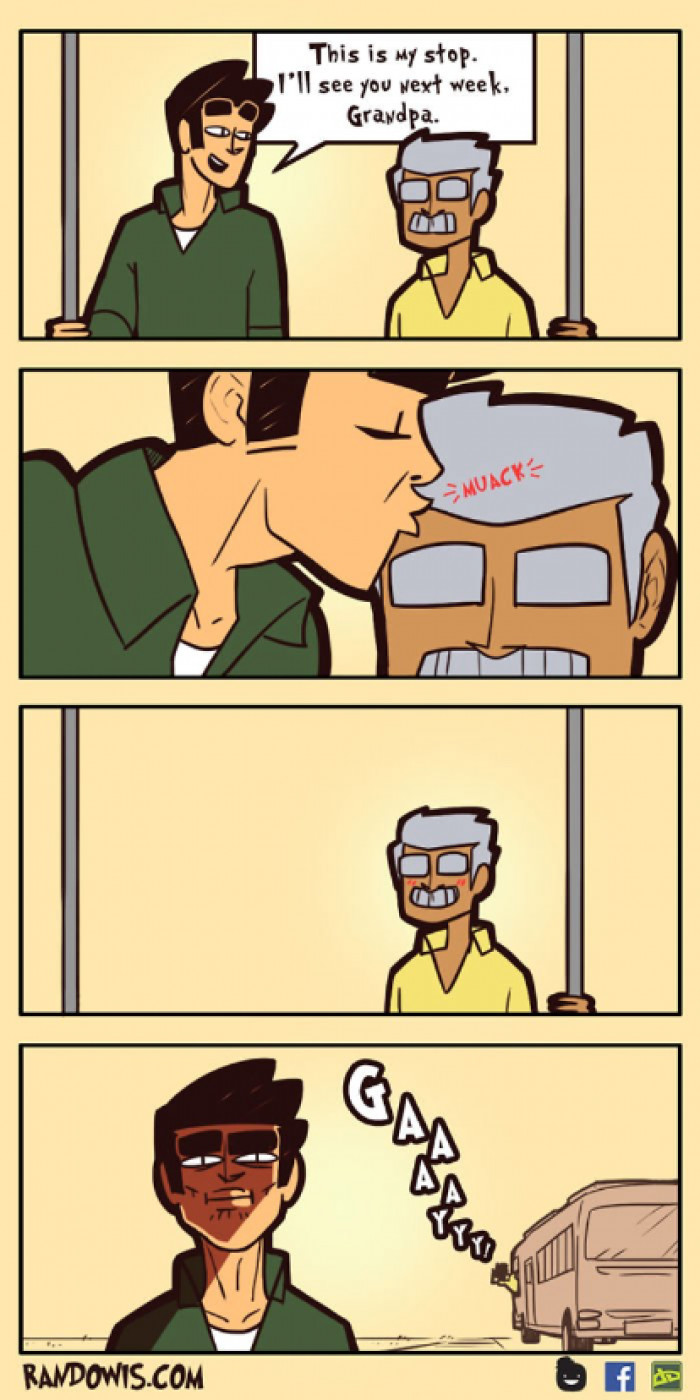 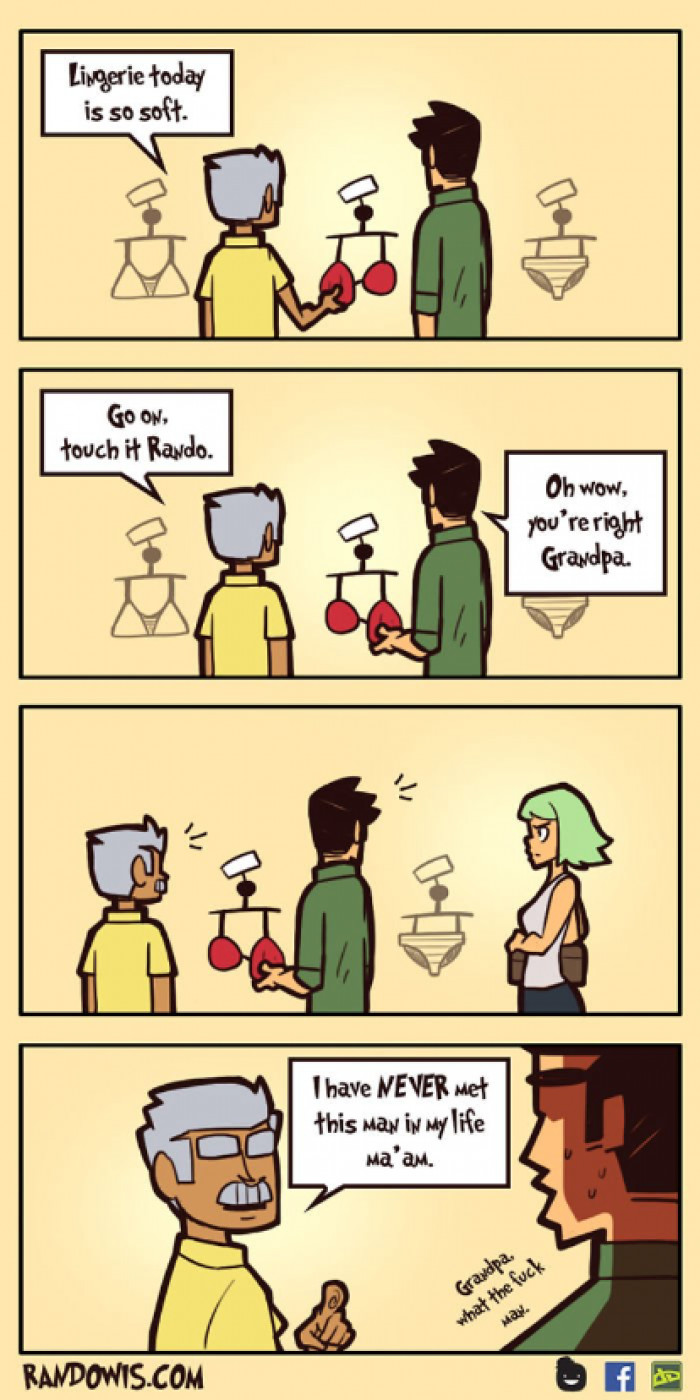 7. Trapped for an undetermined amount of time. 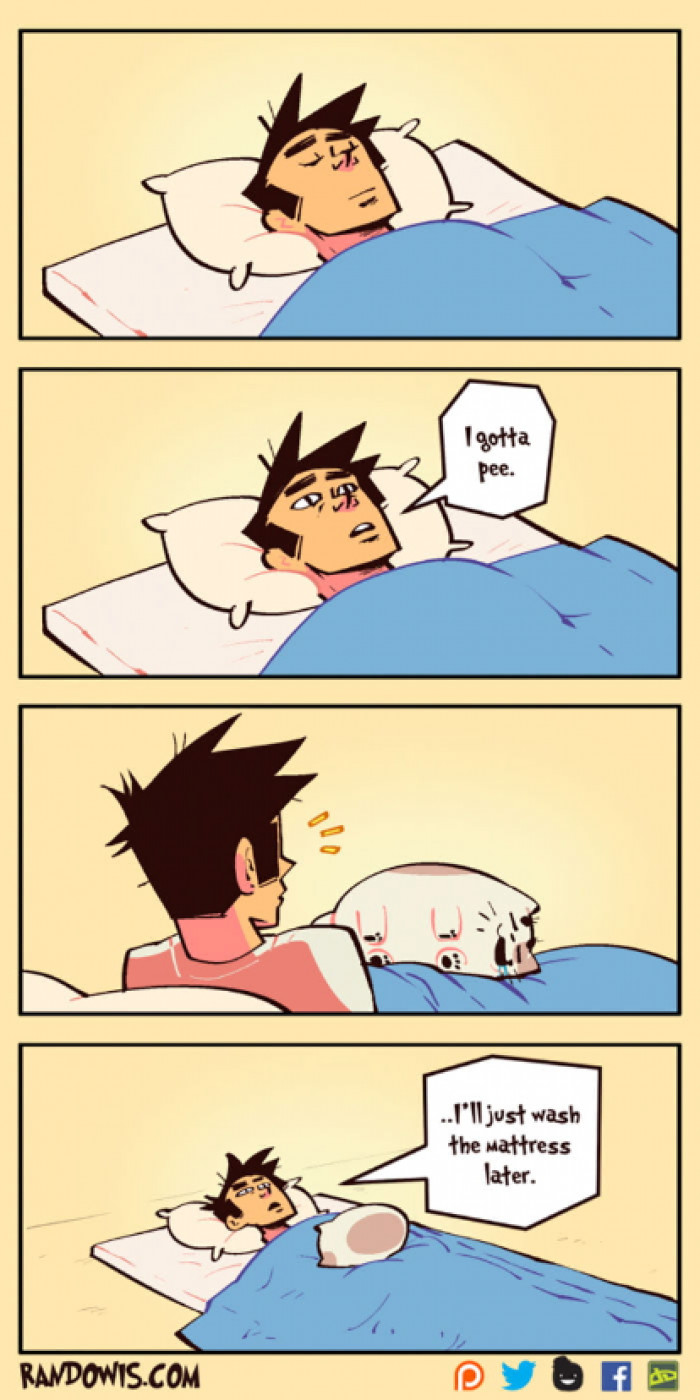 8. You can only get away with that if you’re a sweet old man. 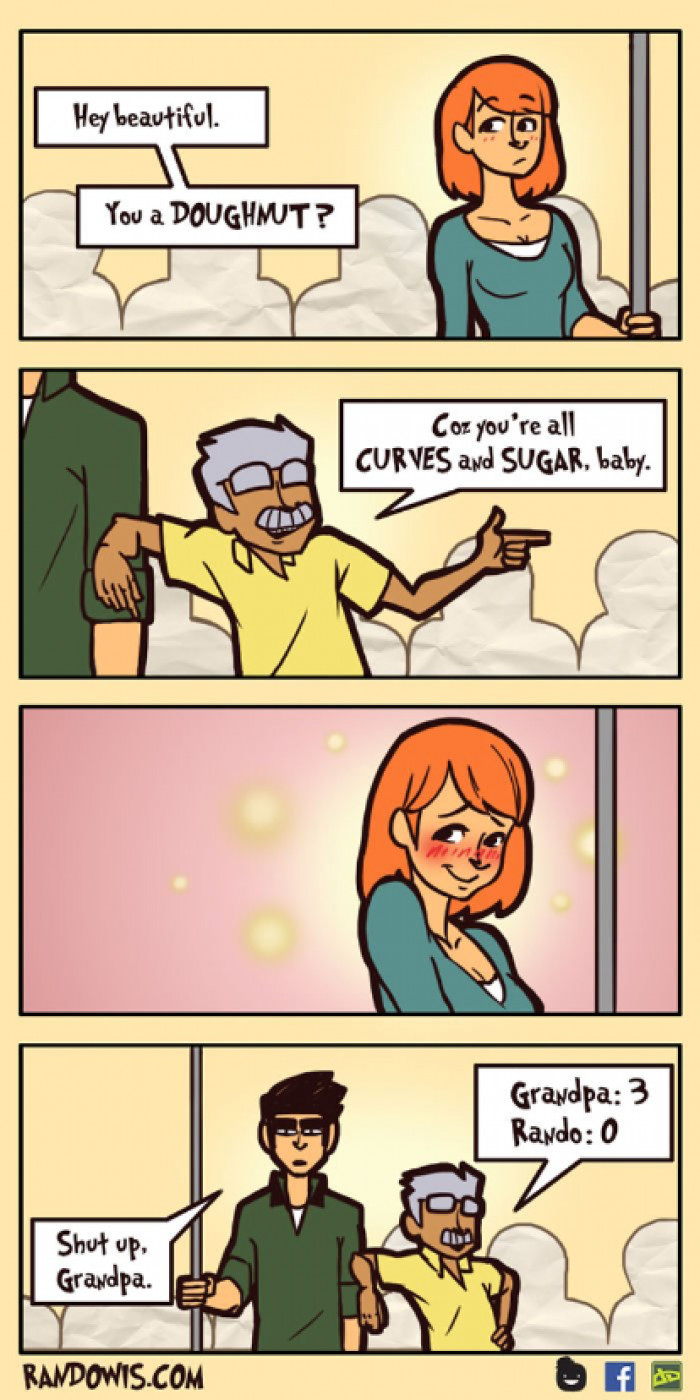 9. They always know what’s happening, they know everything. 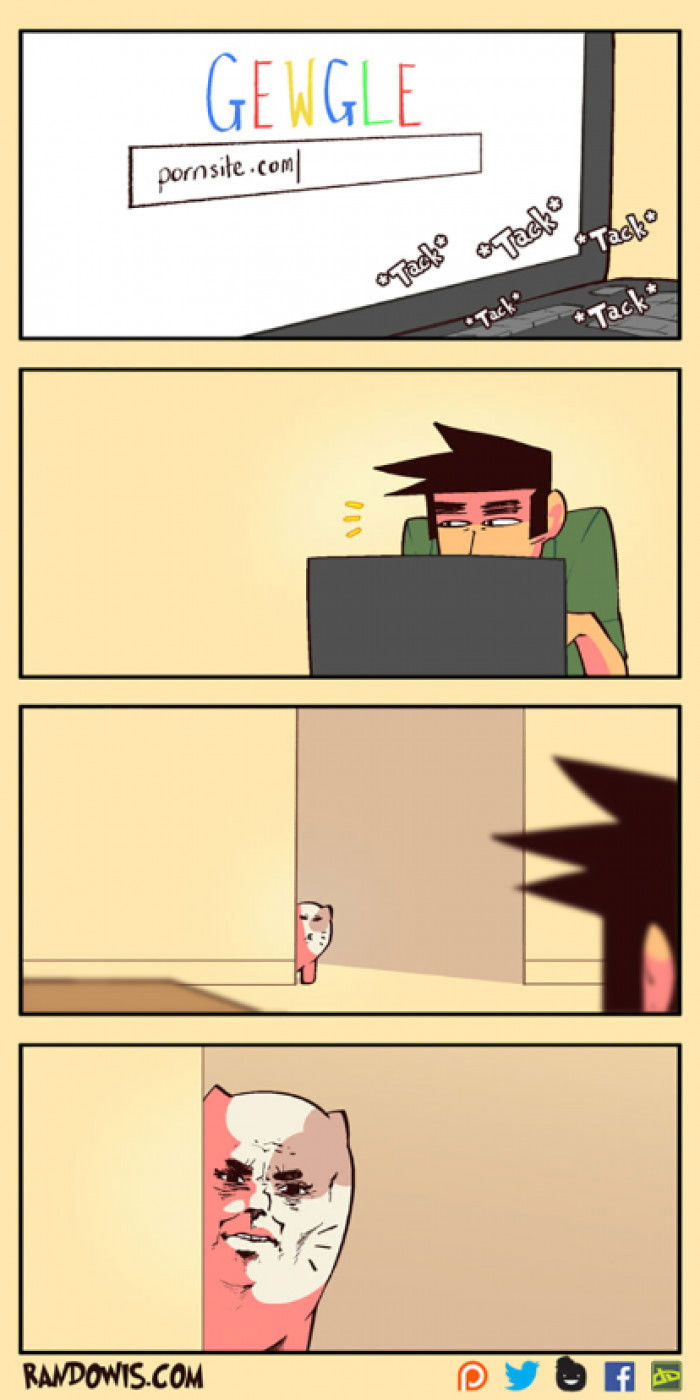 10. What the hell are you guys doing. 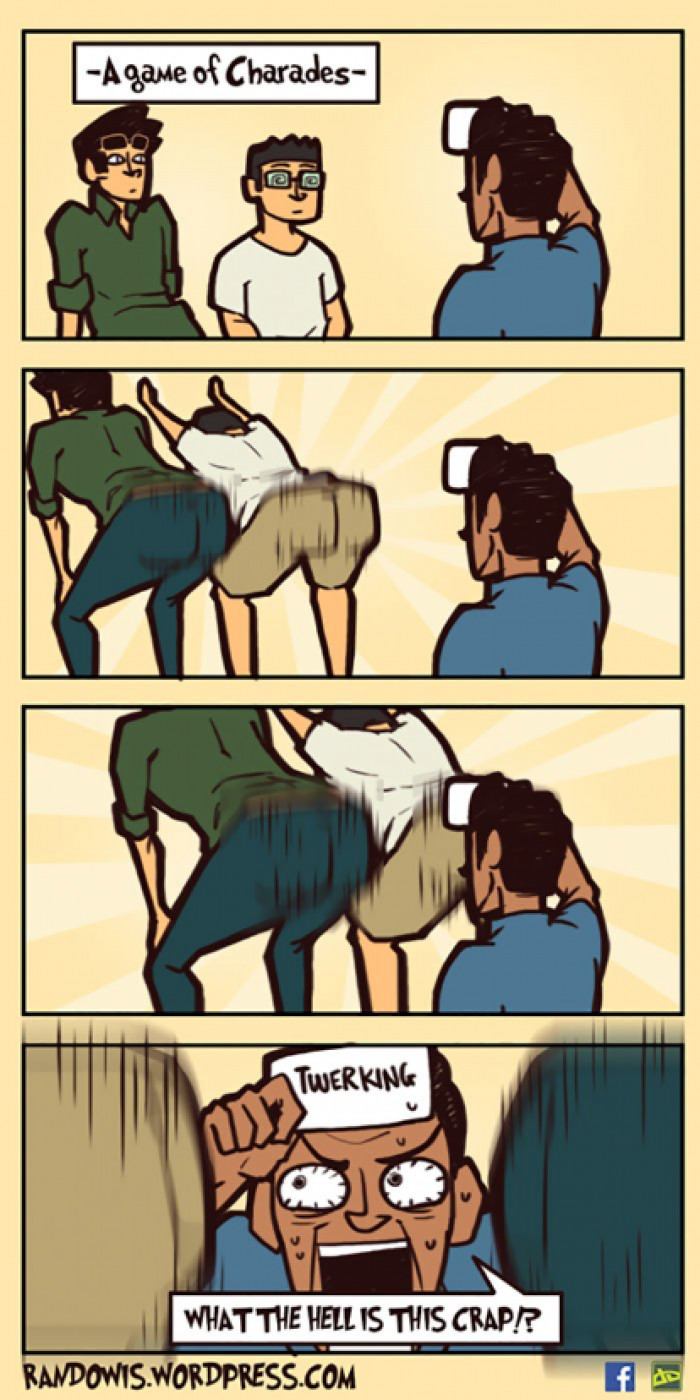 11. This is the best kind of love there is 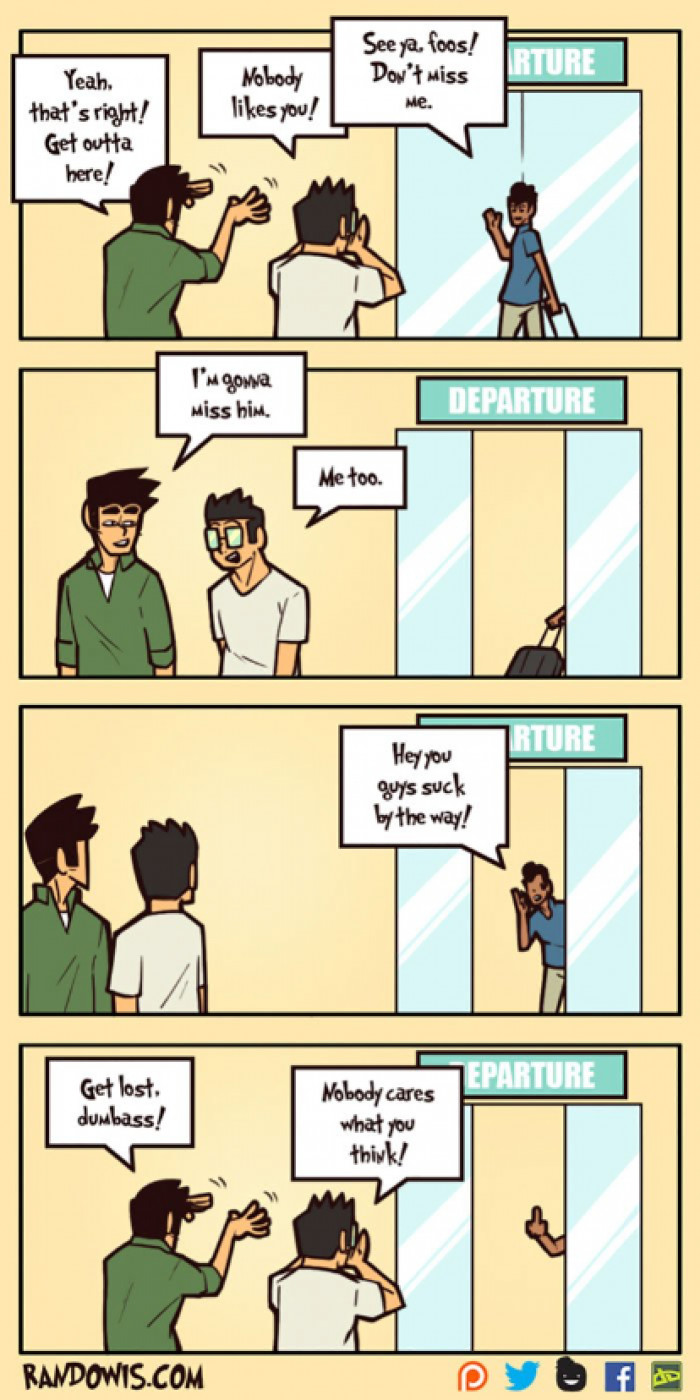 12. When life gives you lemons, sometimes it doesn't go according to plan. 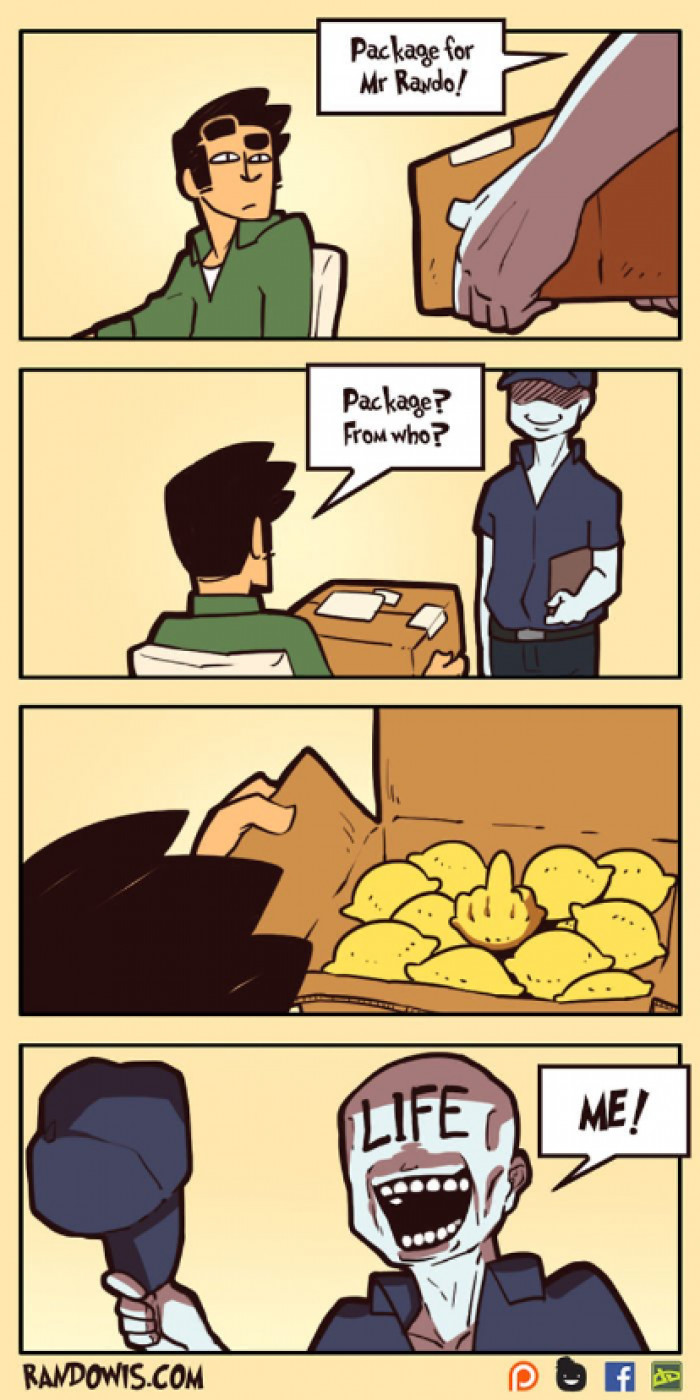 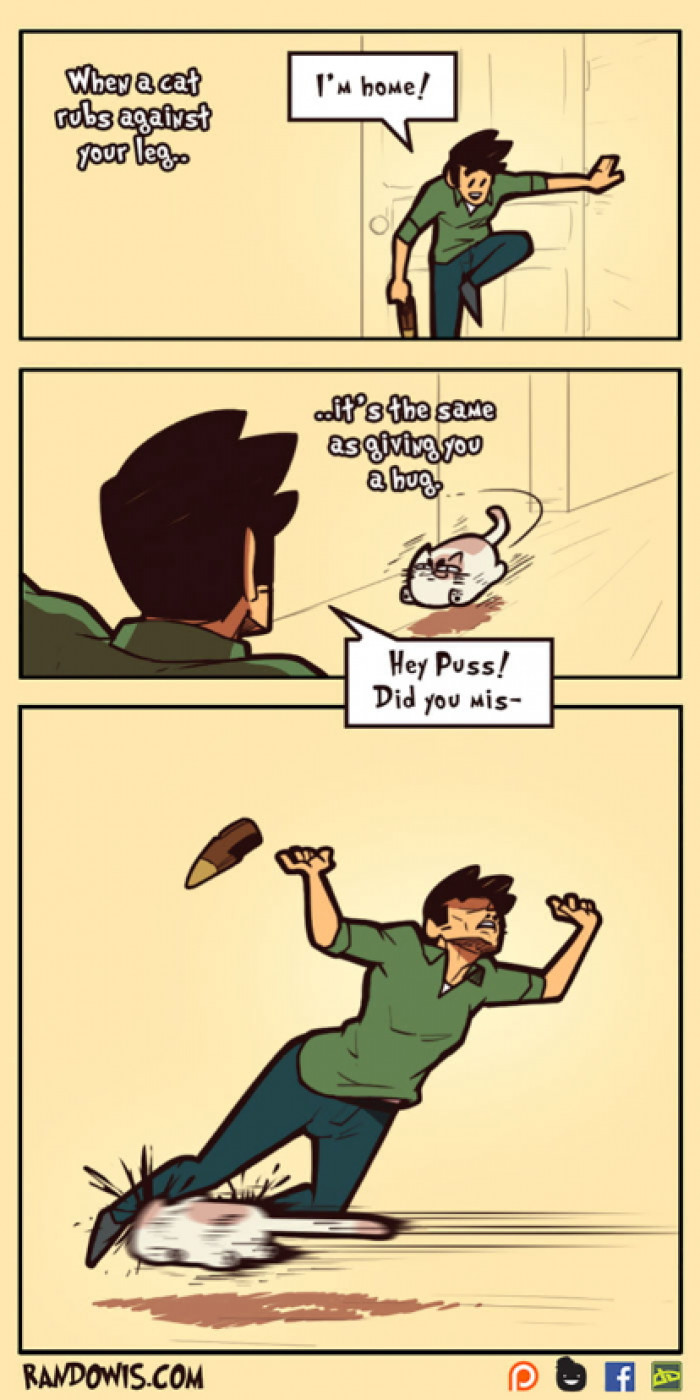 14. It hurts every time, I guess people just want to have their space, especially nowadays. 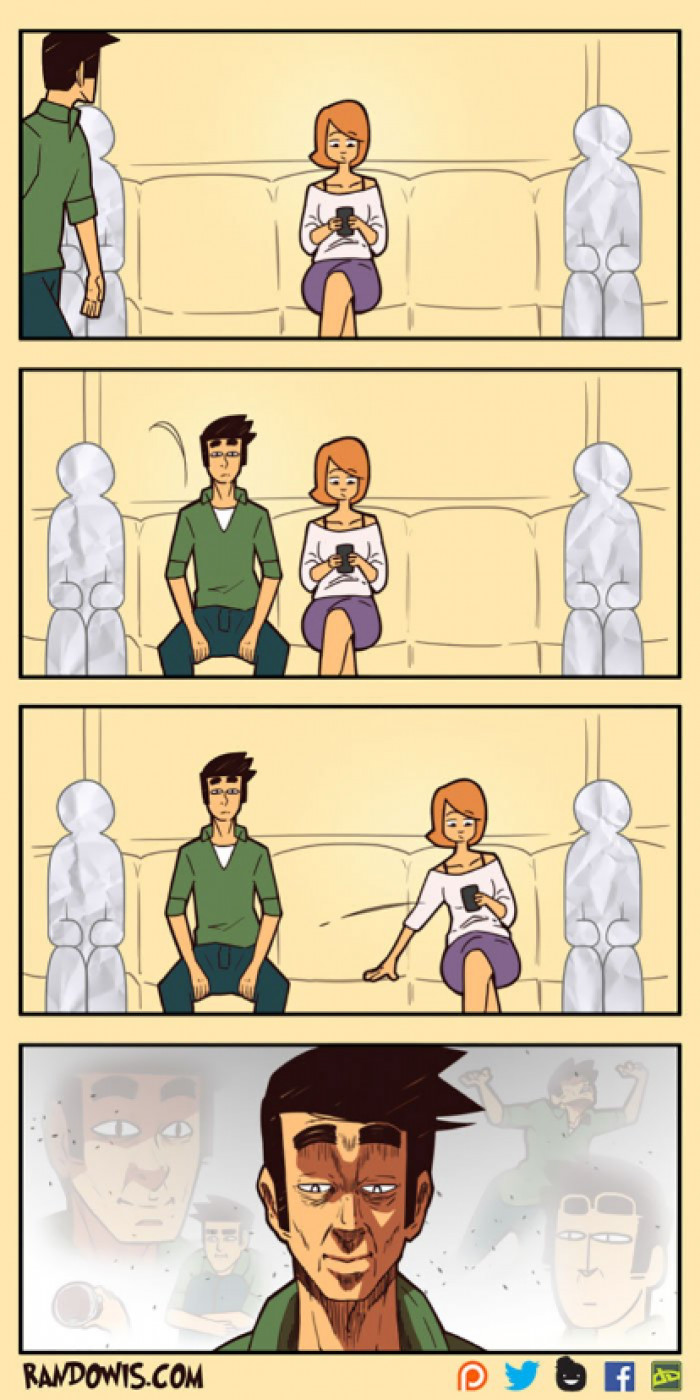 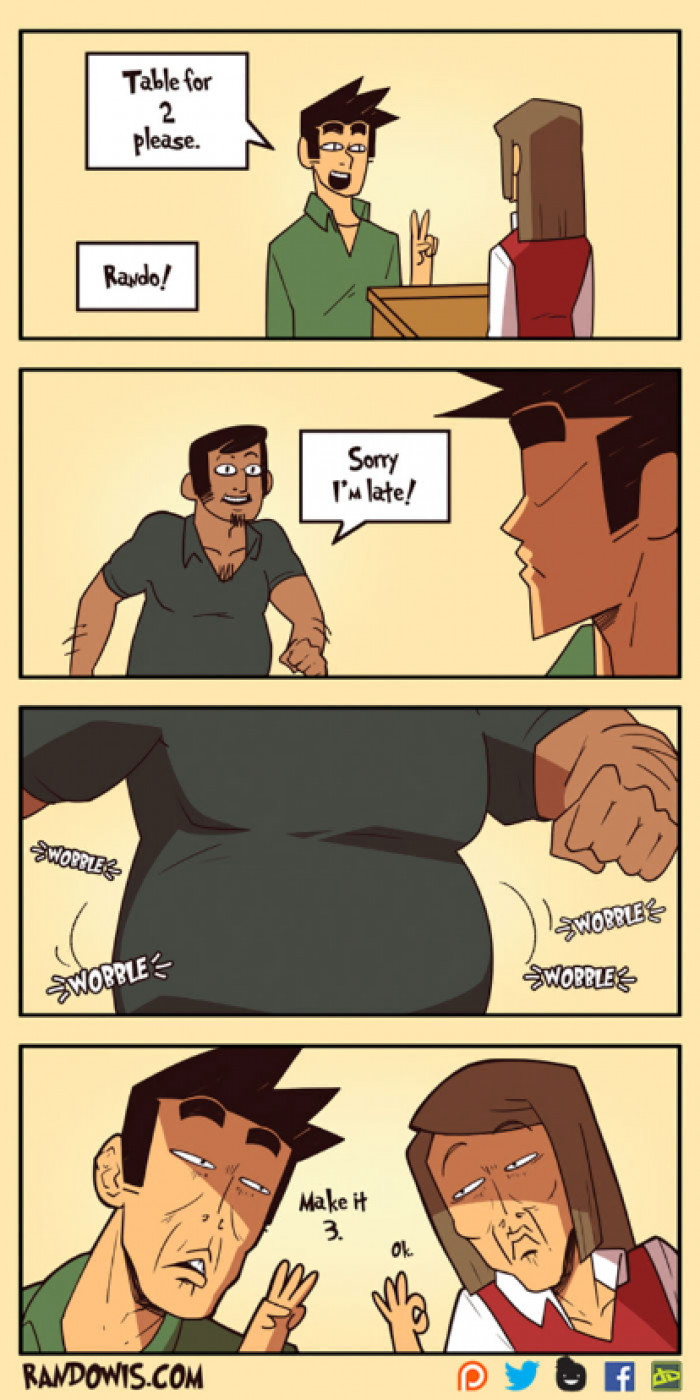 16. Exchanging gifts with your lovely cat. 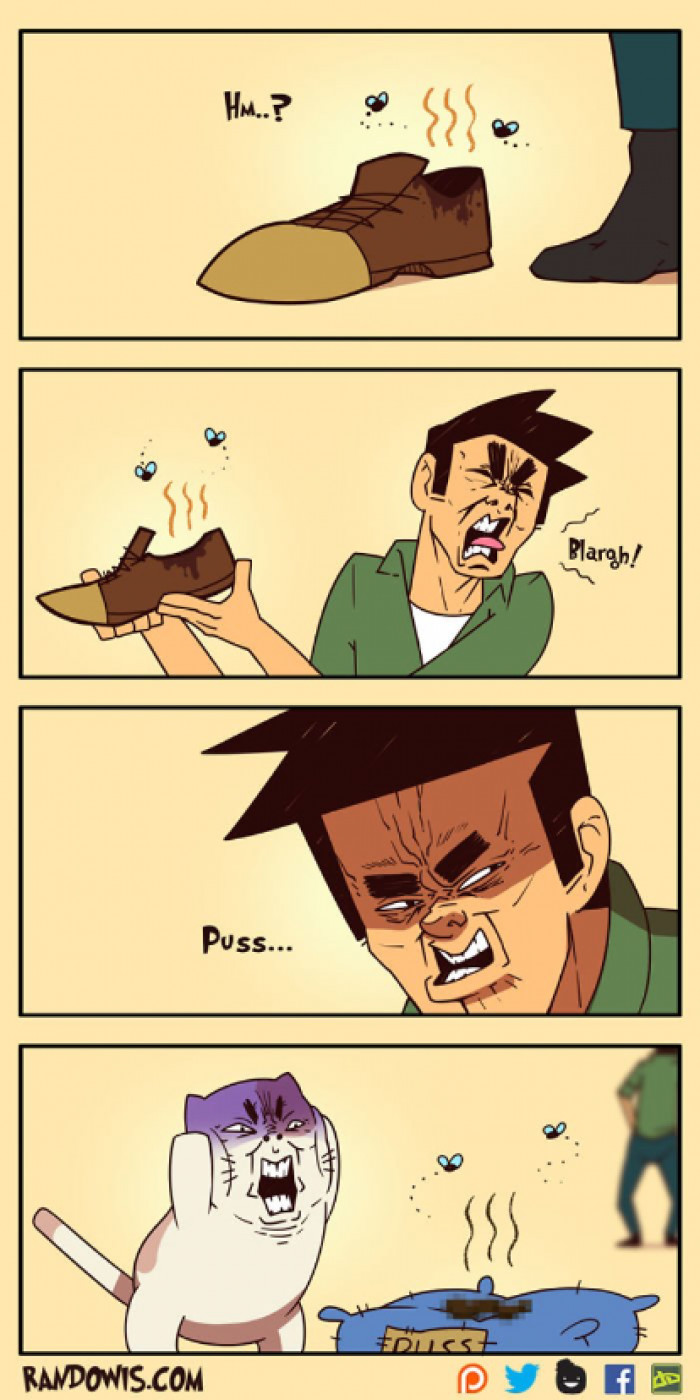 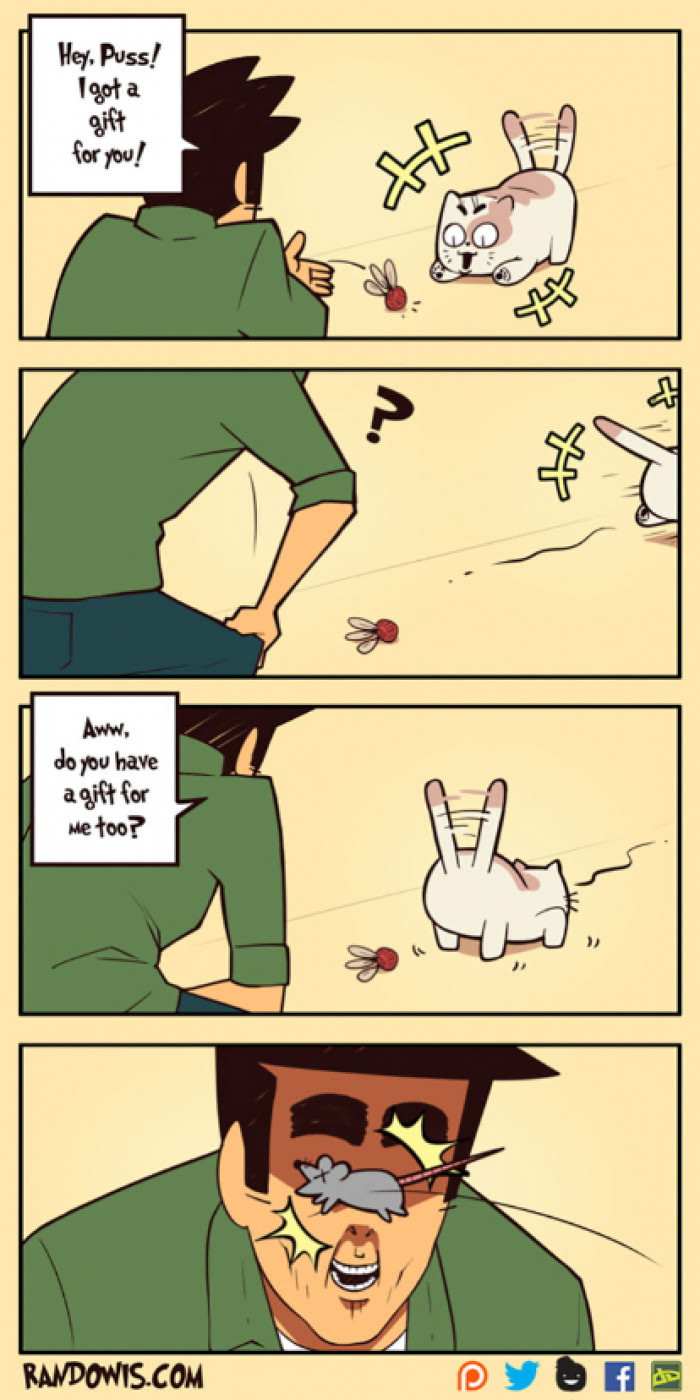 18. It just happened to be from his side. 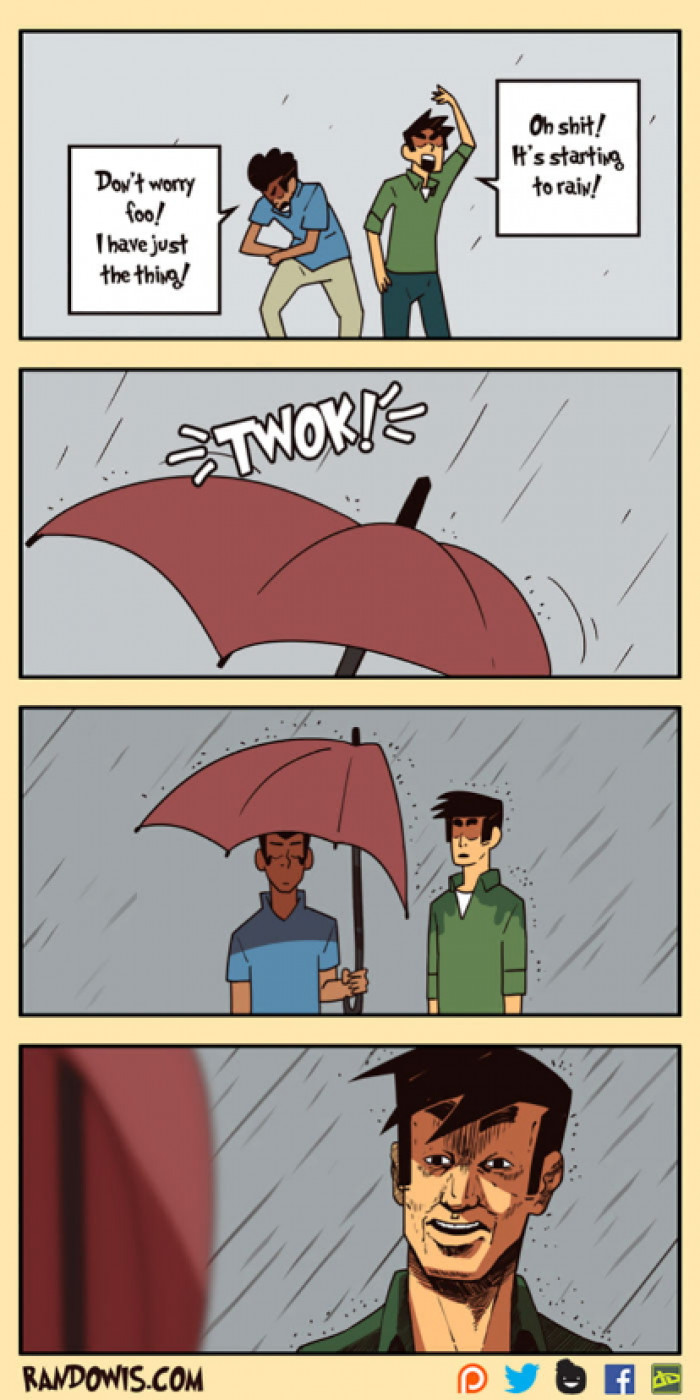 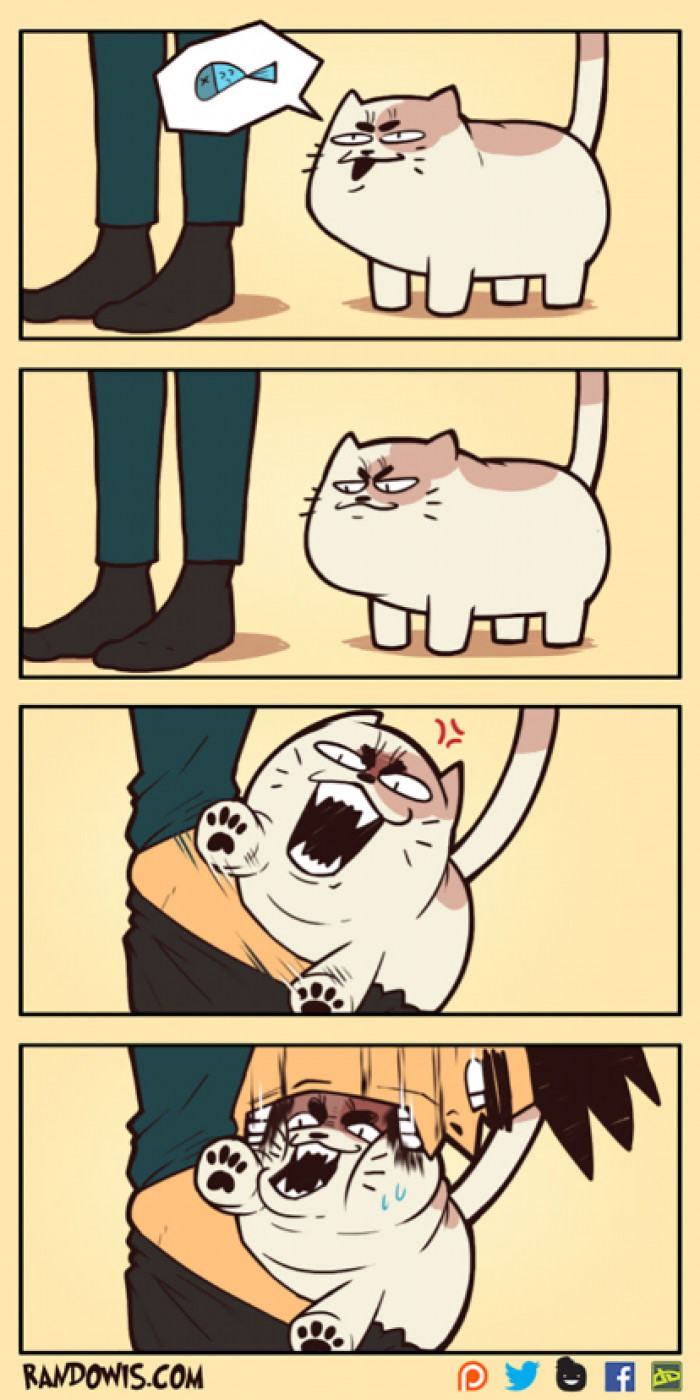 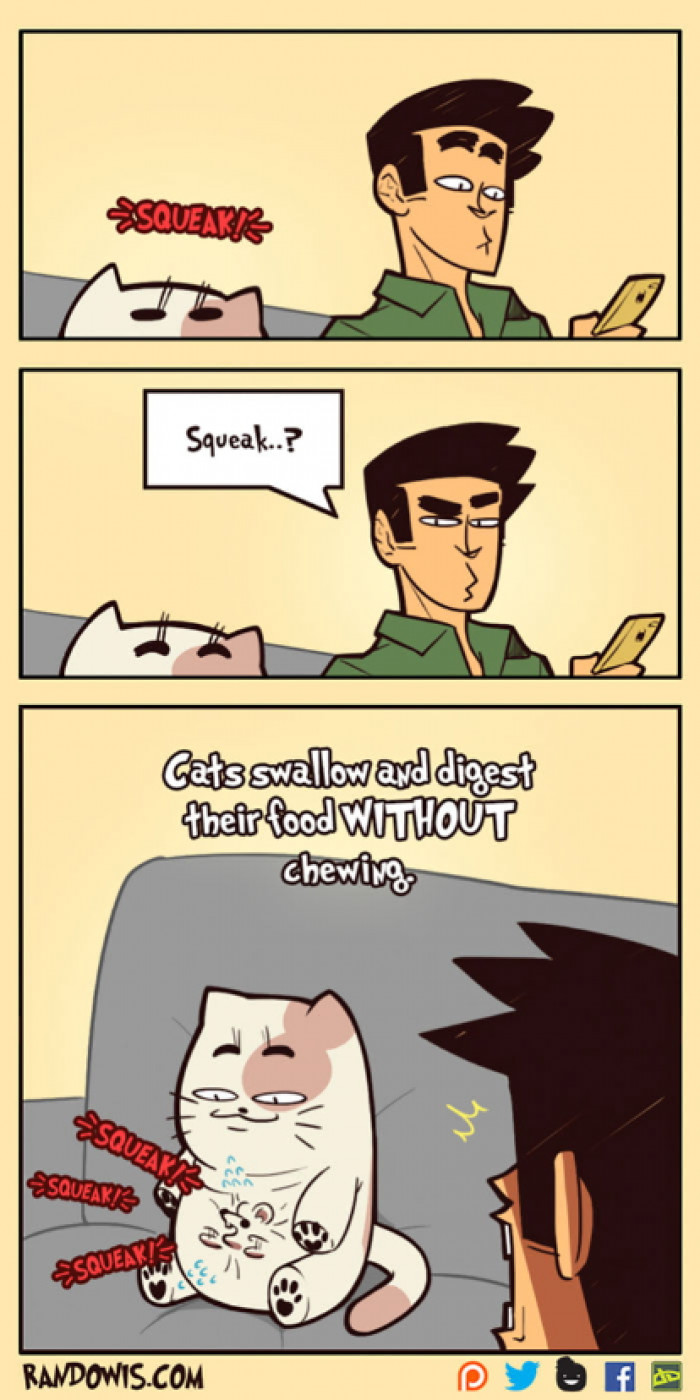 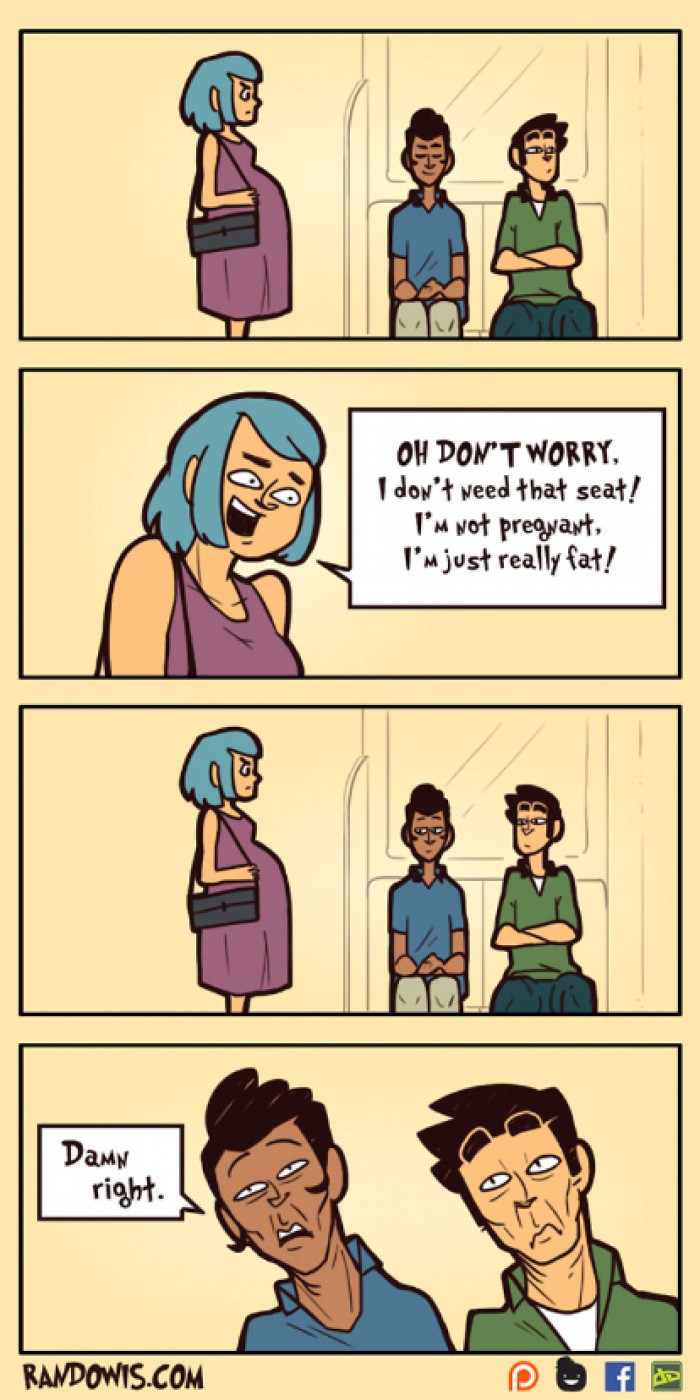 23. Very much touch-deprived. This is kind of extreme though. 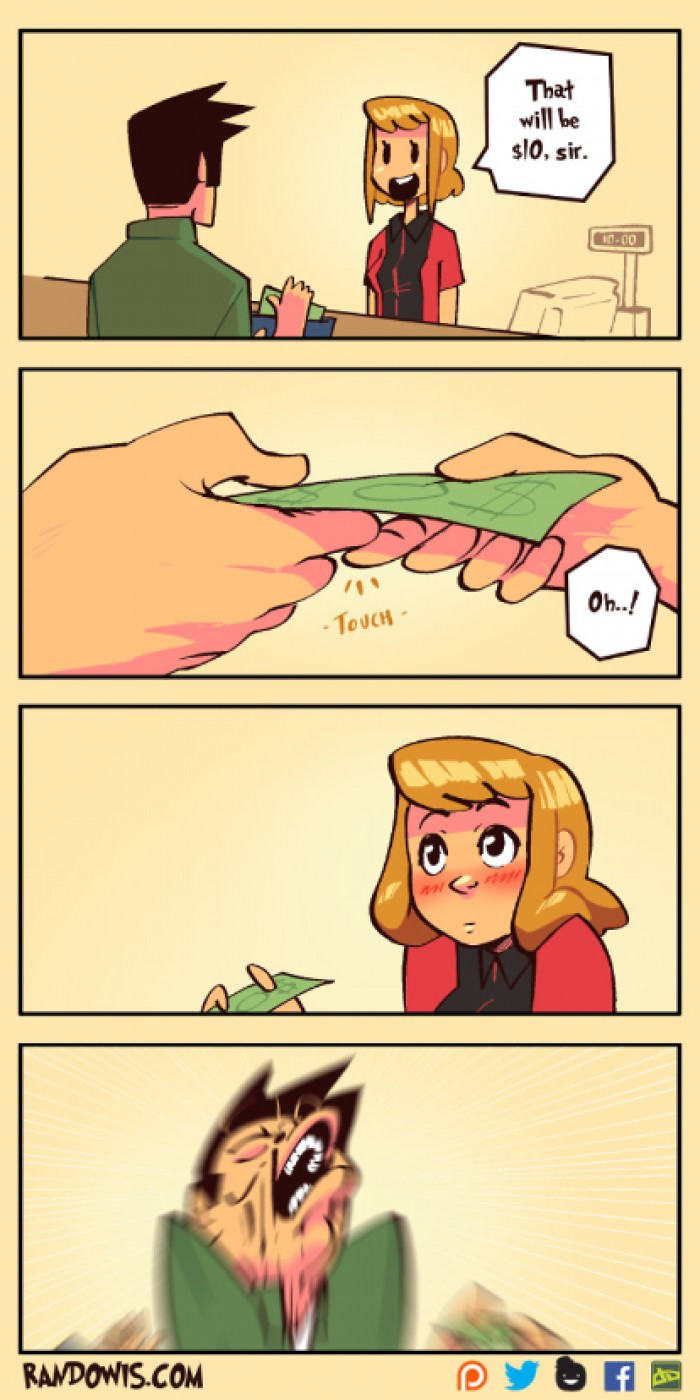 24. Joke theft is a real issue that affects many people daily. 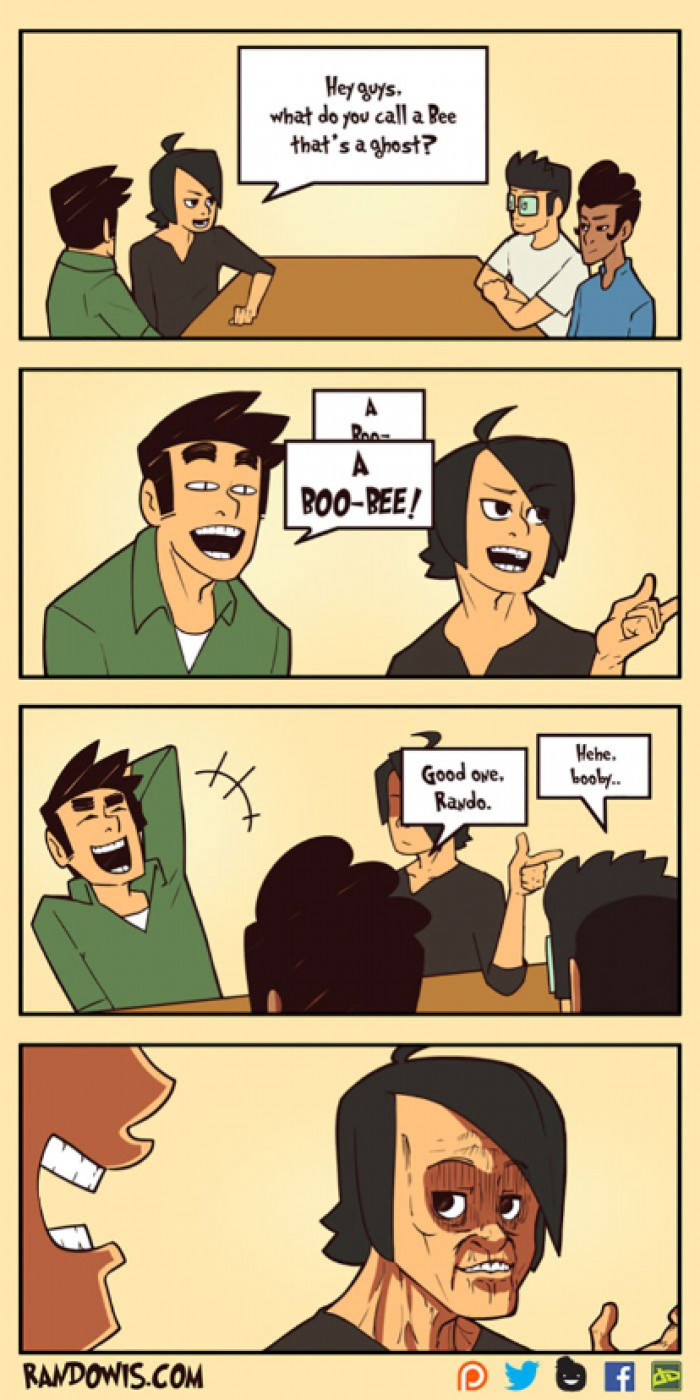 25. Still messy, but better than what could’ve been. 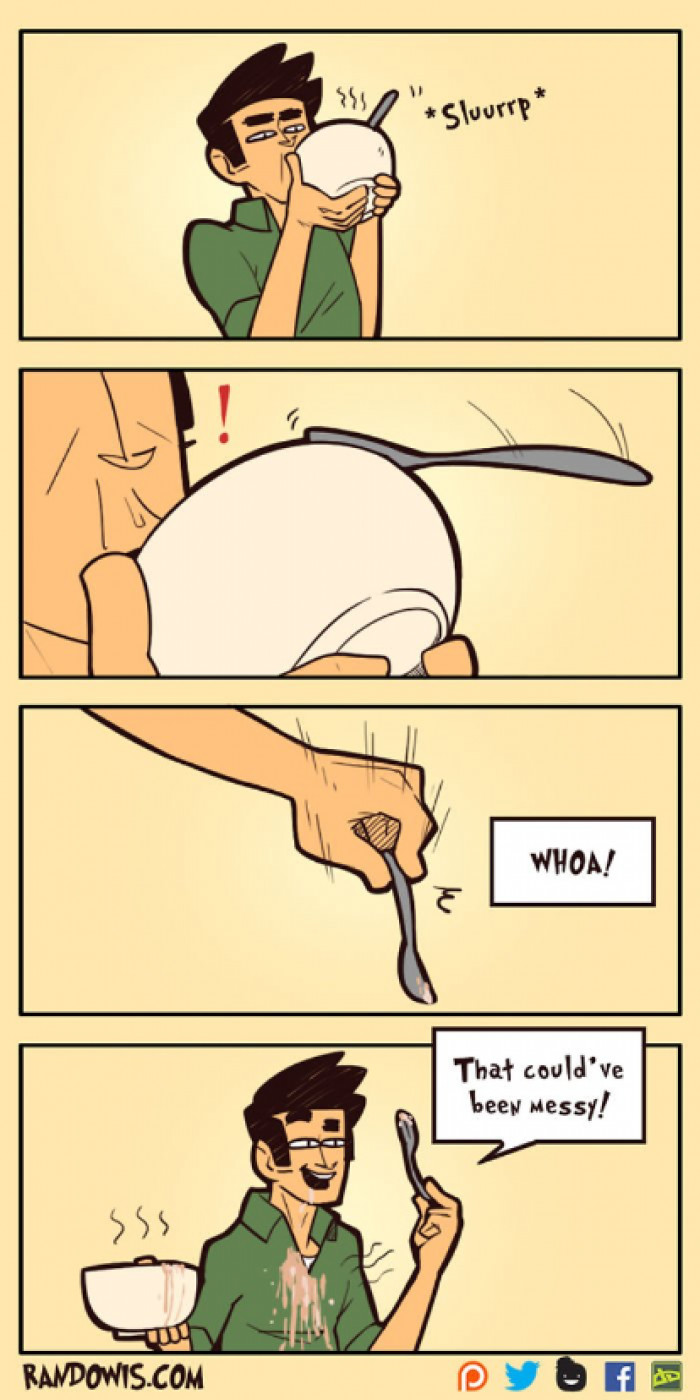 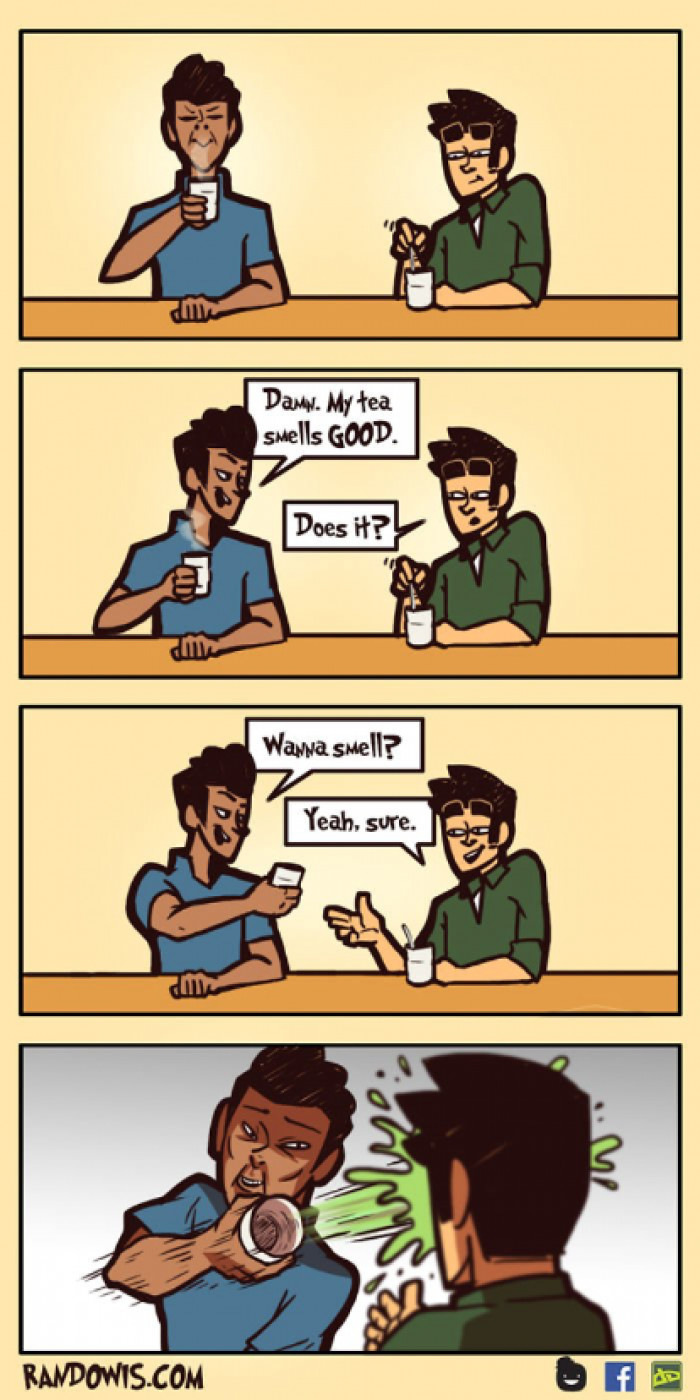 29. Cats would behave themselves if we all started doing this. 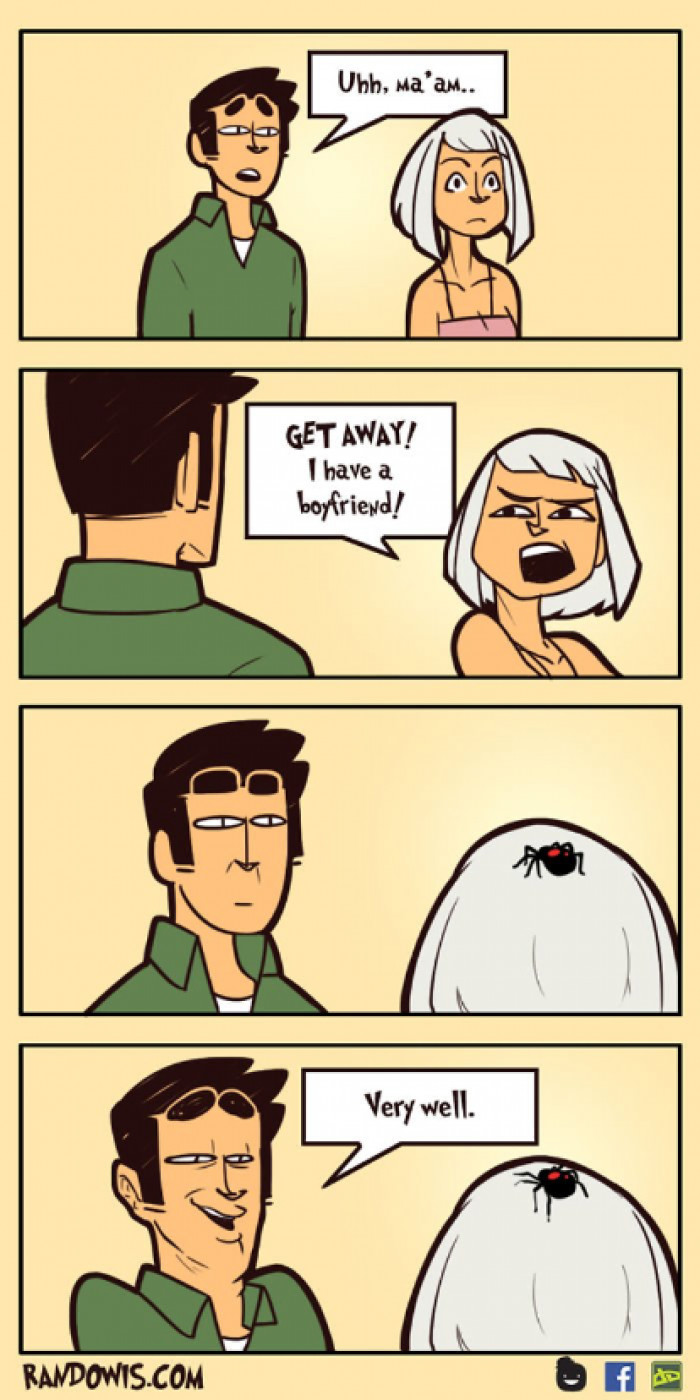 There is no denying that cats are strange creatures. They’re so unpredictable, and each cat pretty much does their own thing.

Amazingly, this sentiment also applies to people. Maybe that is the reason we somehow manage to tolerate each other.

What else could explain it? Love, maybe? Y

eah, right...What do you think?