When heavily pregnant cat, Mayhem, arrived at the Kentucky Humane Society, the staff decided they needed to find her a loving foster home straight away. And the shelter's veterinarian, Dr. Emily Bewley, was the perfect person for the job.

"I do a lot of animal fostering, especially of pregnant cats and dogs so they can give birth in a home instead of a shelter," Dr. Bewley said. She immediately took Mayhem home to make her comfortable, but the frightened cat was less than impressed.

"I tried to spend extra time with her, but she made it clear she wasn't happy," Dr. Bewley said. "One night, she escaped her locked kennel, and I found her in my unfinished storage room."

"I tried to catch her, but she was nervous and ran from me. I watched her run up the wall and into the ceiling!"

Mayhem eventually came out of hiding, and not long after, Emily and her family began hearing little meows. They realized that Mayhem had given birth up in the ceiling. 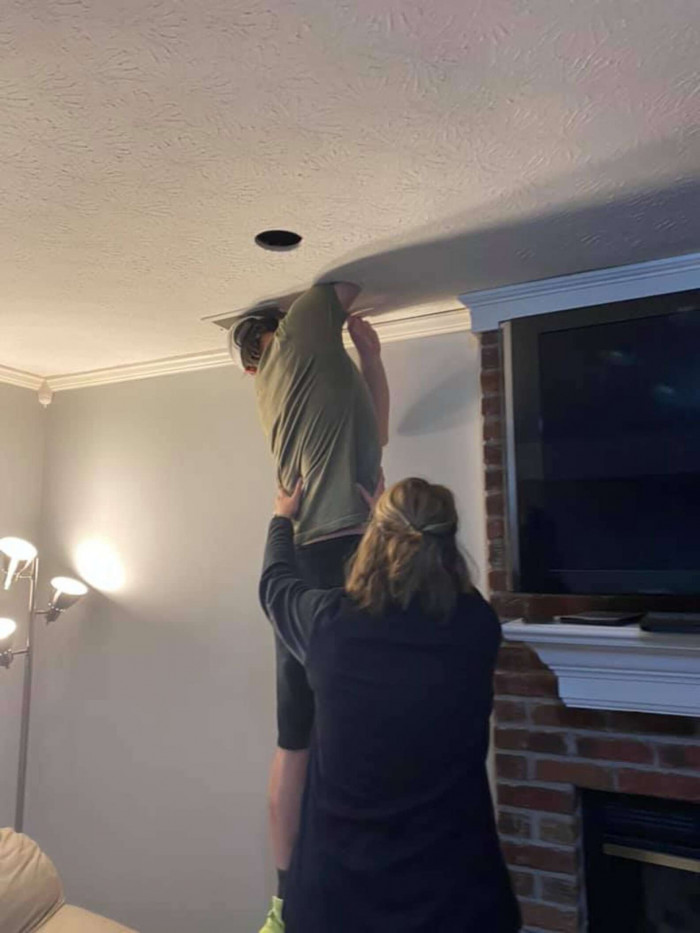 The family had to figure out a way to get the newborn kittens out of the roof safely. 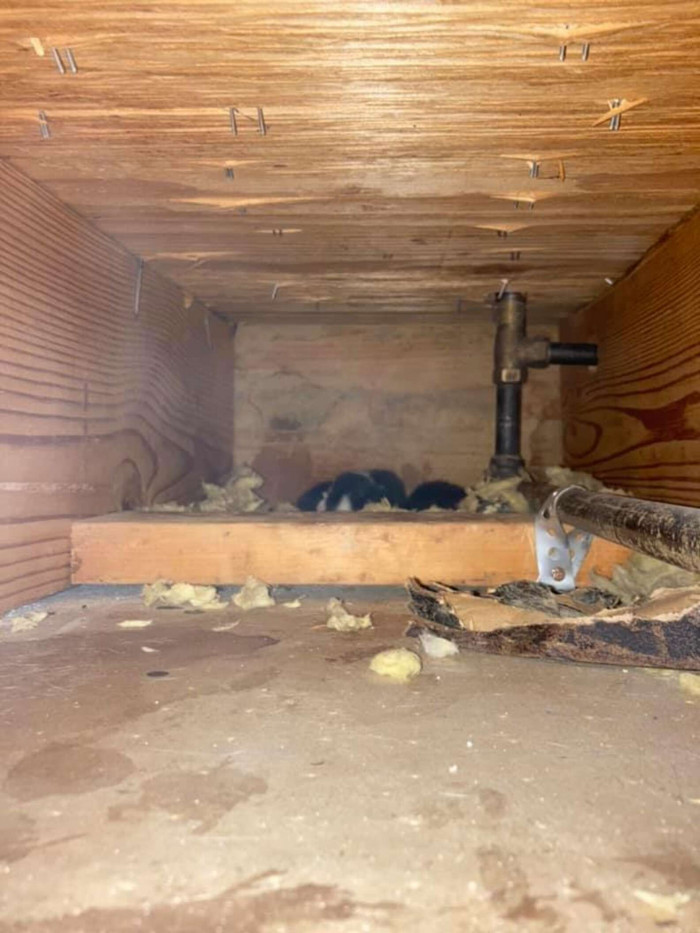 "I called my technician, Rebecca, and her husband, Kurtis, who is a construction foreman," Emily said.

"Of course, my husband was out of town!" she continued. "Rebecca and Kurtis came over and started drilling holes."

"We found three kittens immediately and reunited them with Mayhem. We thought all the kittens were found and safe until we heard another meow in the wall!" 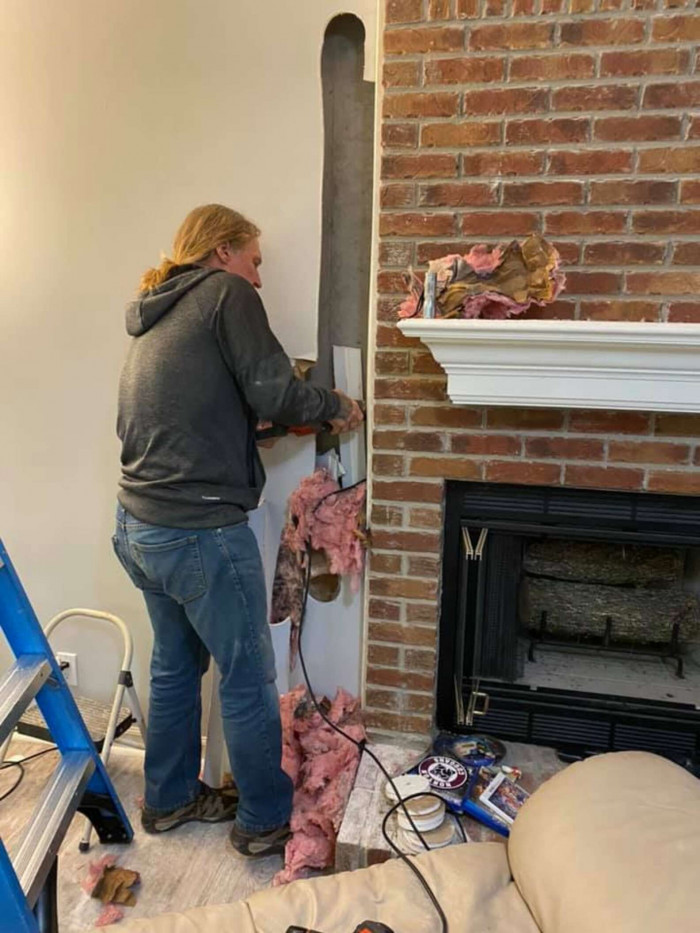 It turns out the last kitten had fallen behind the chimney somehow. 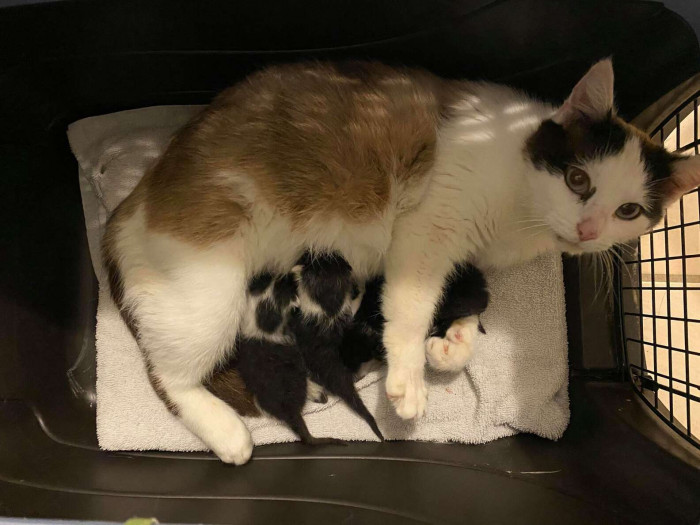 Luckily, the rescue crew got it out, and soon after, all four kittens were safe and sound.

Mayhem took to motherhood beautifully, and she even became an adoptive mama to two orphaned kittens at the shelter. Dr. Bewley named the kittens Havoc, Fiasco, Penance, Snafu, Kerfuffle, and Vendetta.

"Mother Mayhem is now caring for six kittens, and she has turned into a lovely cat," Emily said. "She’s a great mom, and she is very relaxed and happy." 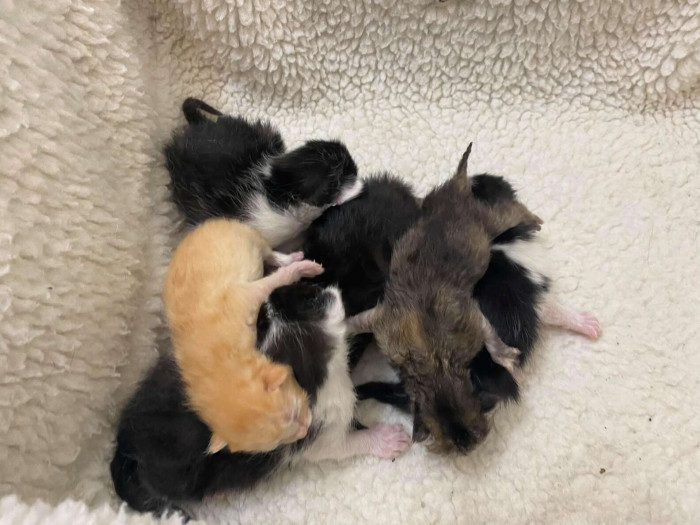 "The ‘ceiling kittens’ and the two orphaned kittens that Mayhem adopted are all thriving!" Emily said. 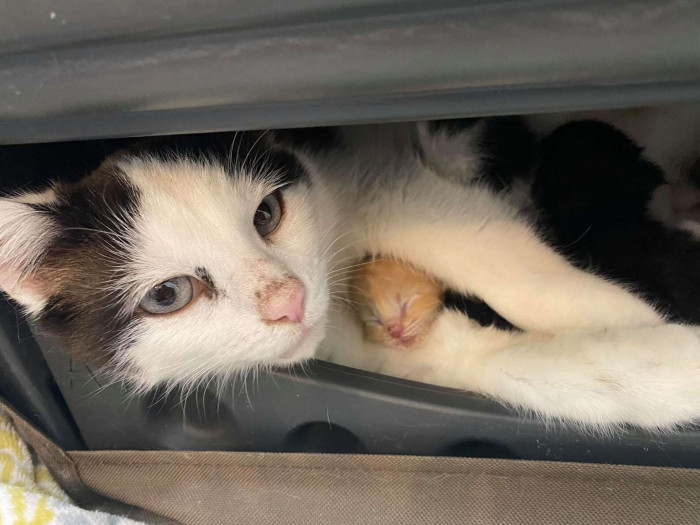