If you're anything like me, Tom and Jerry would have been one of your favorite shows growing up! We loved watching the adorable love-hate relationship between cat and mouse, and Tom's endless attempts to torment the heck out of Jerry.

The animated pair were adorable together. And we all knew that deep down Tom loved Jerry, and would never hurt him, even though he tried to pretend otherwise.

It may have been a cartoon, but it's not necessarily that far off from reality. Cats love to hunt, even if they don't need to for survival, so you will often find a house-cat playing with it's prey.

But some cats are simply lovers, not fighters. Recently, Benjamin Sagredo shared a video on Instagram of his cute cat, Simon, allowing a tiny mouse to have a drink from his water bowl.

People fell in love with the sweet cat and mouse duo, and the video went viral. Benjamin told Simon he should catch the mouse, but Simon was more interested in making a new friend.

People were quick to compare the furry duo with Tom and Jerry. And we think they are equally as adorable!

It's fair to say that Simon has been sacked from his job as rodent-hunter. But that's okay because now he's an internet superstar!

Simon became an internet superstar when a video of him making friends with a mouse went viral.

Simon's owner, Benjamin, said he heard strange noises coming from the kitchen, but didn't take much notice. He later realized there was a mouse living in there.

Benjamin thought it was odd since he had a cat. Cats hunt mice, right? 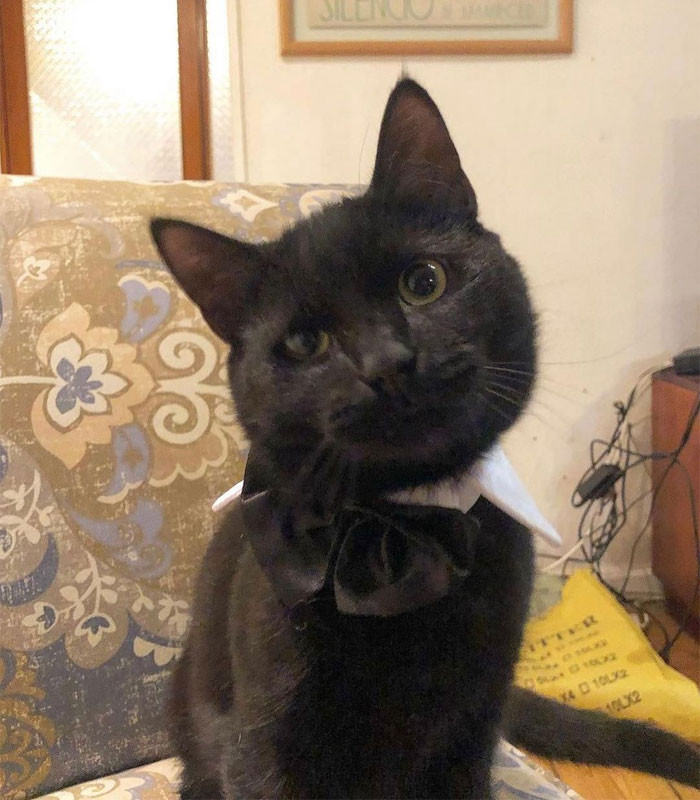 Benjamin told Simon to catch the mouse, but sweet Simon just wanted to be friends.

Benjamin decided to catch the cute moment on film. In the video, Simon is seen watching on as the mouse drinks from his water bowl.

At one stage, Simon reached out his paw for the mouse. But he was extremely gentle and just wanted to play. 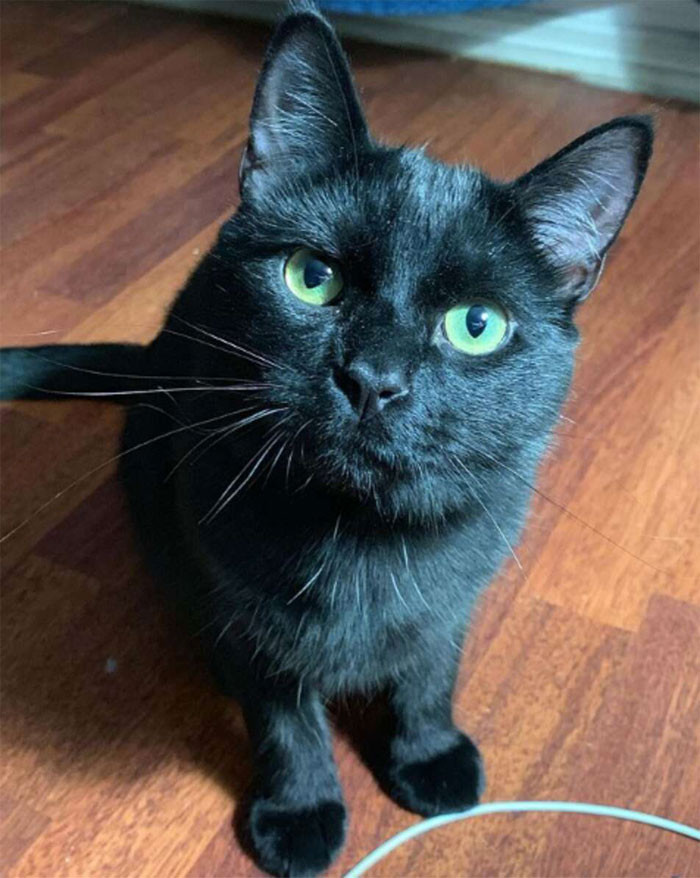 "I decided to record it. I thought no one would believe me," Benjamin said. 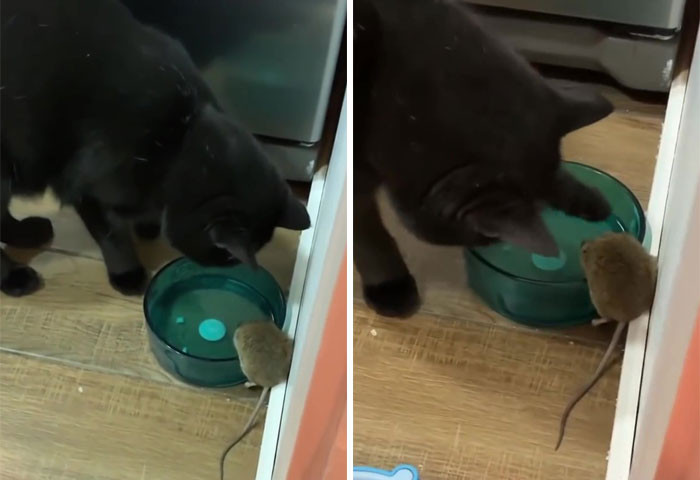 Benjamin says that Simon is a very sweet cat, but he was still surprised by his reaction to the mouse.

Simon grew up with two border collies, so according to Benjamin, Simon is almost like a third dog. Benjamin also made friends with the mouse and gave him a name, Chefcito, which means 'Little Chef' in Spanish. 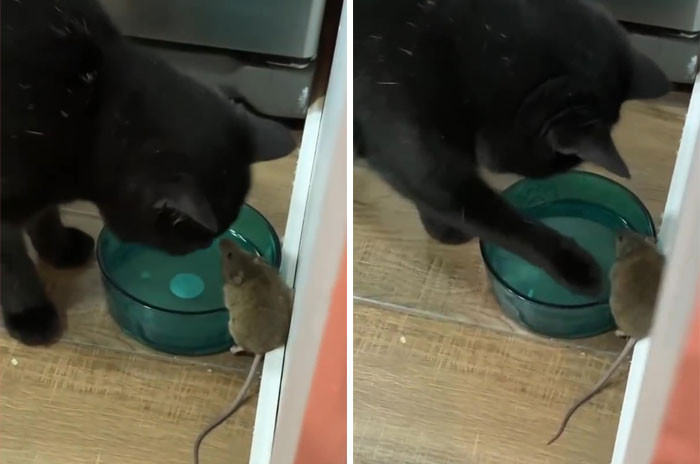 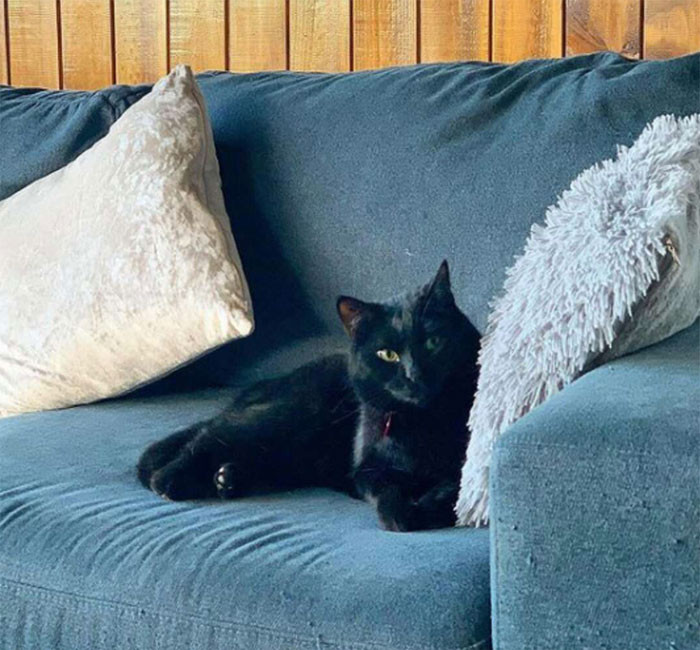 “We love that Simon accepts him."

"He’s a very affectionate and sociable cat. If Chefcito keeps coming, we’re going to have to adopt him,” Benjamin said. 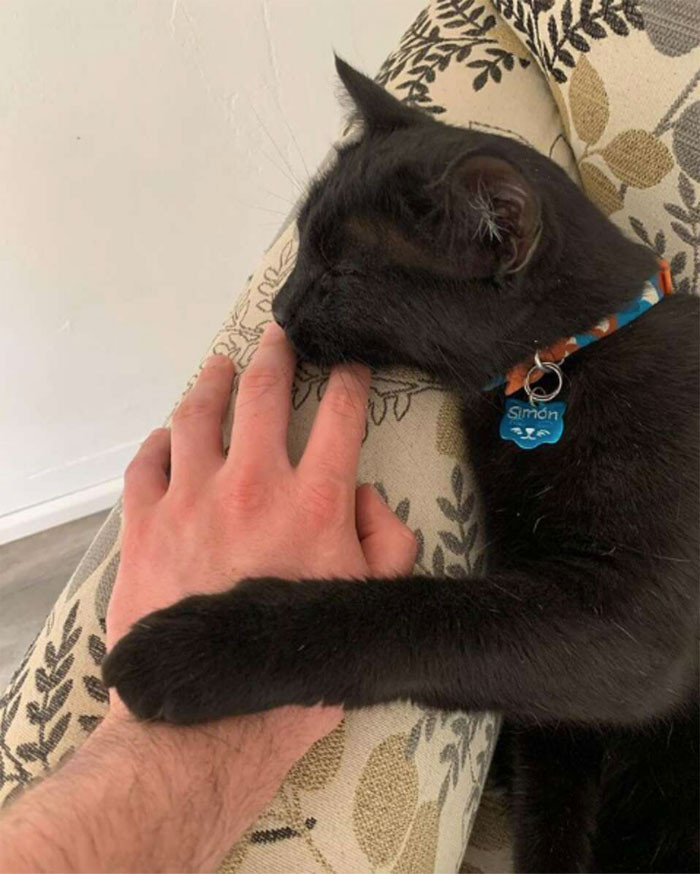 You can watch the cute video below.

People were quick to compare the furry duo with Tom and Jerry.

Some got a little too serious. 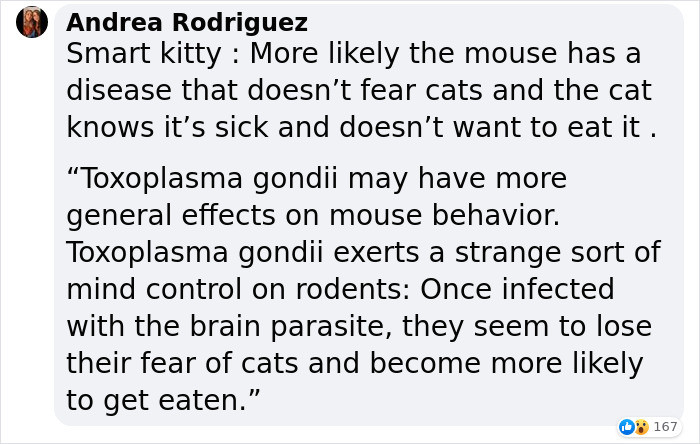 Others shared their own stories. 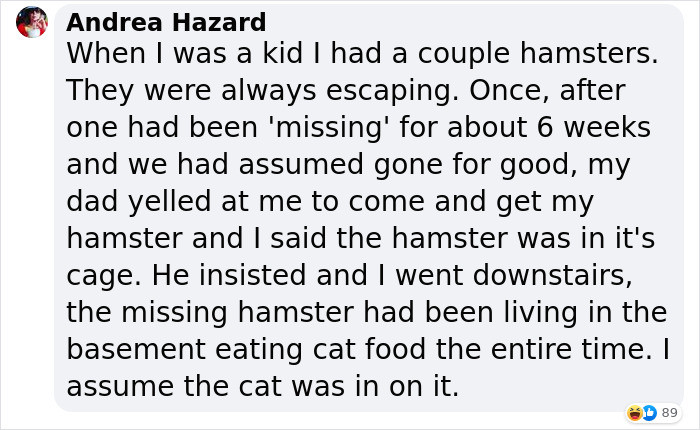 It's a valid point.

It's okay, he's a celebrity now!