This Bride's Family Refused To Attend Her Child-Free Wedding

For the most part, weddings are incredibly joyous occasions. It's a day to celebrate the love between two people as they vow to spend the rest of their lives together.

However, weddings also involve families. And we all know it's near impossible to have a family event with no drama.

Emotions are running high, personalities clash, and feelings end up getting hurt. Yep, weddings can be a minefield for potential family fall outs.

One bride-to-be recently took to Reddit to ask for opinions on how she handled a sensitive situation involving her mother, brother, and 4-year-old nephew. The 33-year-old bride explained that she was planning an entirely child-free wedding, which didn't sit well with her family.

You see, her nephew is a "rainbow baby," meaning he was born to her brother and sister-in-law after a string of painful miscarriages. The bride's brother and parents believe she should make an exception for her nephew and allow him to attend the wedding.

On the other hand, the bride says her nephew is given special treatment and allowed to get away with too much, which she disagrees with. So, why should she have to change her plans for her special day?

Well, that's the topic up for debate in this highly emotional situation. You can read the full story and see what people had to say about it below.

This bride asked the Reddit community, "AITA?" for not making an exception for her nephew to attend her child-free wedding. 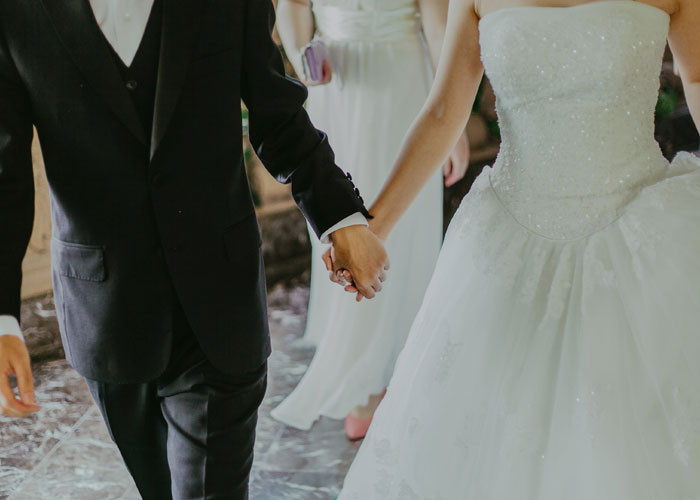 via: Jeremy Wong (not the actual bride and groom)
ADVERTISEMENT

You can read the story in full below. 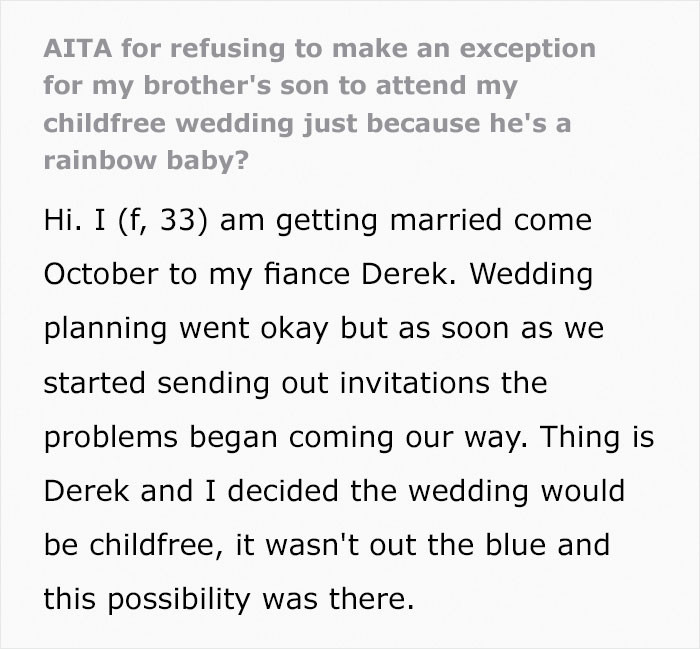 The bride explained that her brother, Paul, and his wife had suffered several painful miscarriages before their son was born.

She says the family gives her nephew special treatment because he's a "rainbow baby," and they allow him to get away with anything. 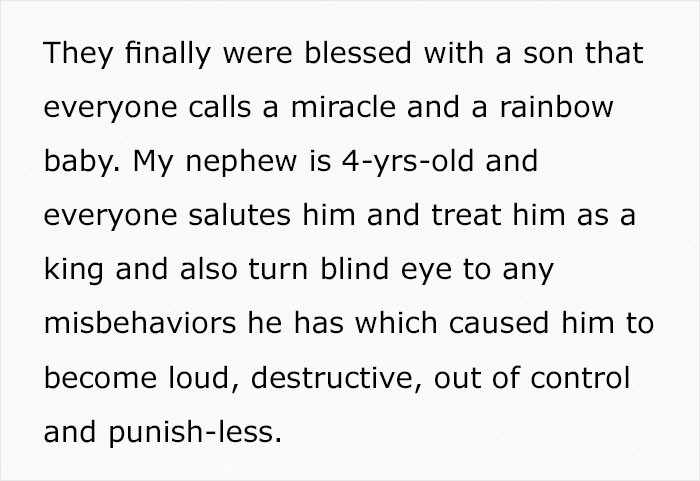 So, when Paul received his invitation, he wasn't impressed with the "child-free" part. 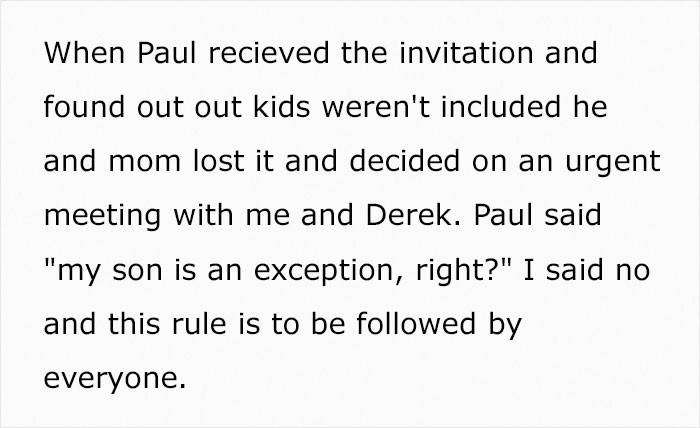 Paul expected an exception to be made for his son. 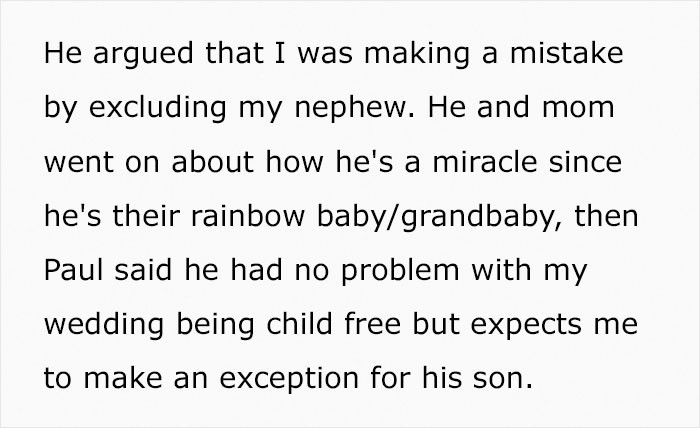 In fact, he demanded it!

The bride and her fiance, Derek, disagreed.

Paul took offense and said he would not attend the wedding if his son couldn't. 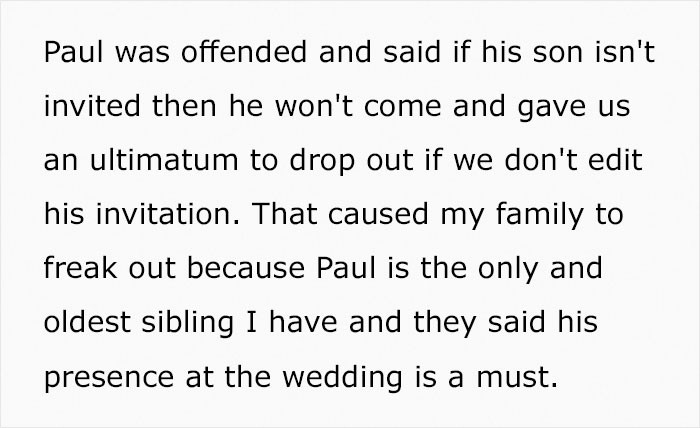 The bride's parents sided with Paul and said her behavior was "appalling." 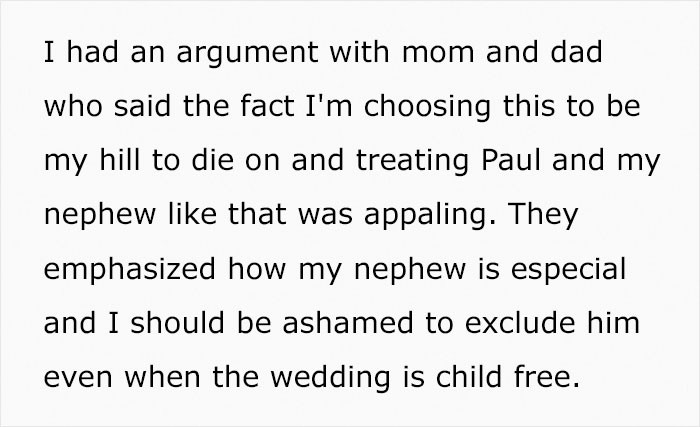 They said that they would not attend the wedding either if Paul didn't. 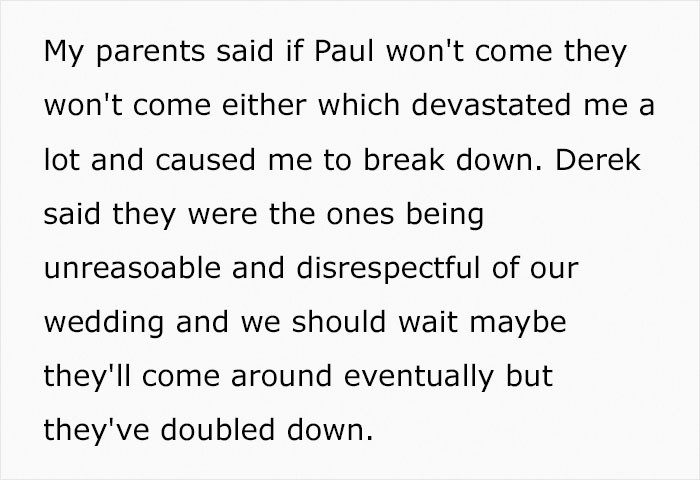 The bride has been left devastated as many other family members have also dropped out, siding with Paul. 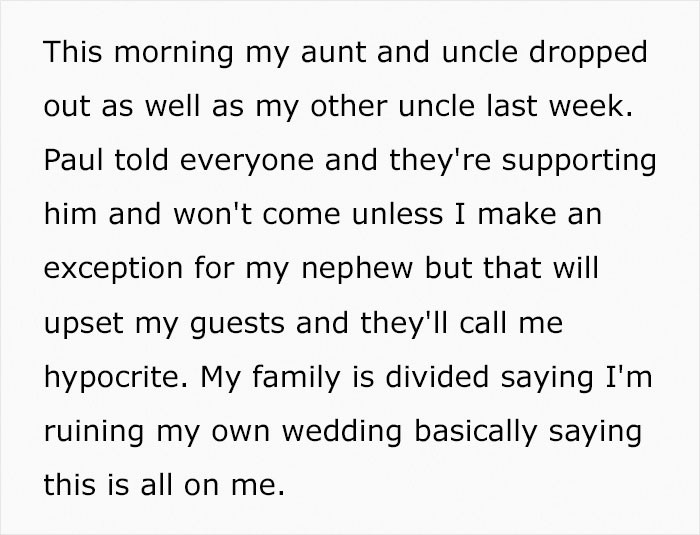 It turns out this kind of behavior is nothing new for the bride's family. 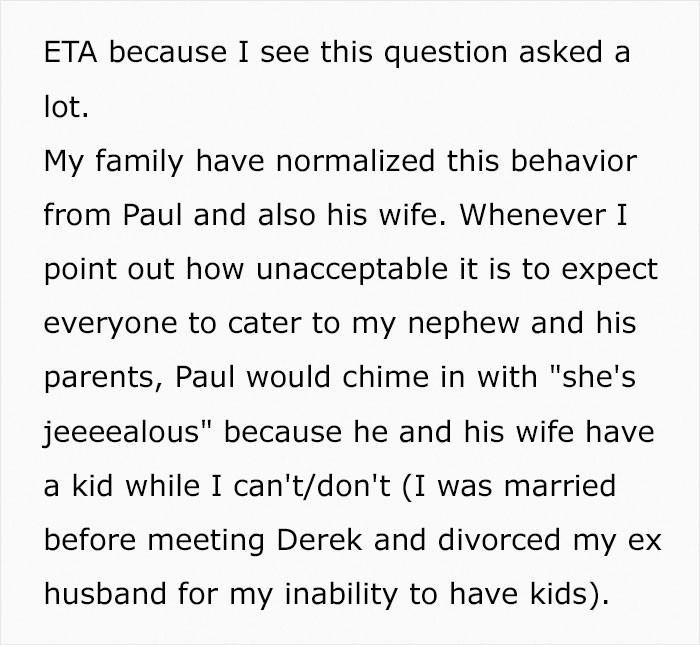 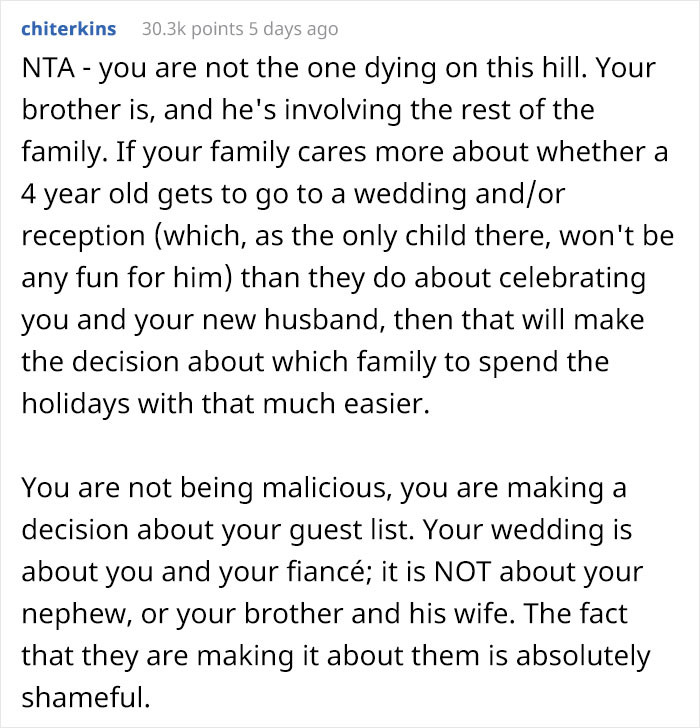 "Rules are for other people." 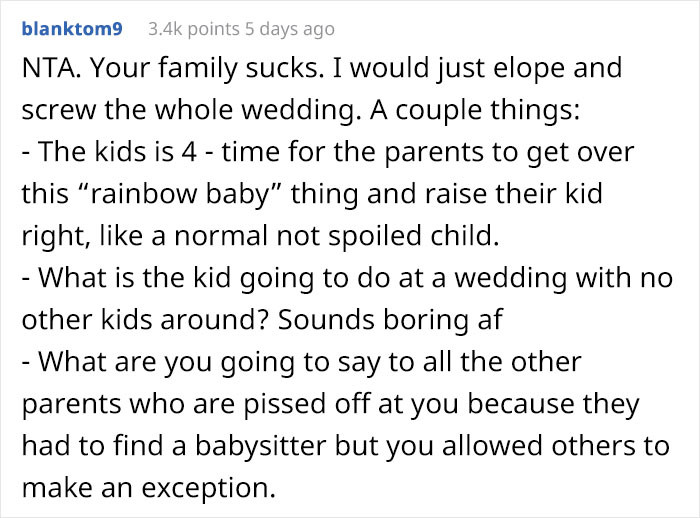 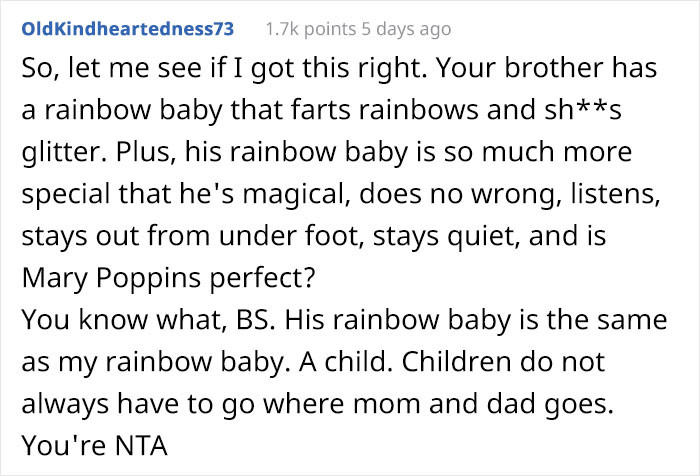 "You don't want them at the wedding." 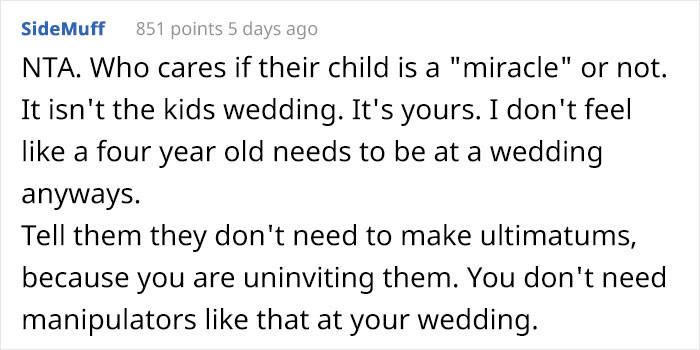 "Say you're making an exception..."

So, it seems the overwhelming consensus is that this bride is "NTA." And it's unsurprising, especially when you consider some of the background information.

The bride-to-be says she has been married previously and divorced. It turns out the marriage ended over her ex-husband's inability to have children.

So, it stands to reason that this might be a particularly sensitive subject for her. Not to mention the immature behavior she has had to put up with from her family several times.

I don't know about you, but I'm definitely team bride on this one! Why would you want such selfish people (family or not) at your wedding anyway?

So, what's your take? How would you have handled a situation like this?