When working with people, you need to be prepared that not everyone is easy to work with.

In so many cases, something goes wrong. But what we expect is for the client to show at least basic human dignity.

But some people seem to lack emotions, and empathy for others. Abs Delfuego, an engineer, shop owner, and contractor posted correspondence with his angry client.

The client demanded that the work be completed no matter what, though Abs told him his arm had been broken. “I was a little shocked seeing his email as I could have arranged with other providers to get it done for him. All he would’ve had to do was just pay them at the end,” said Abs.

Abs shared the story about the client who became very rude when he heard that his contractor broke his arm. 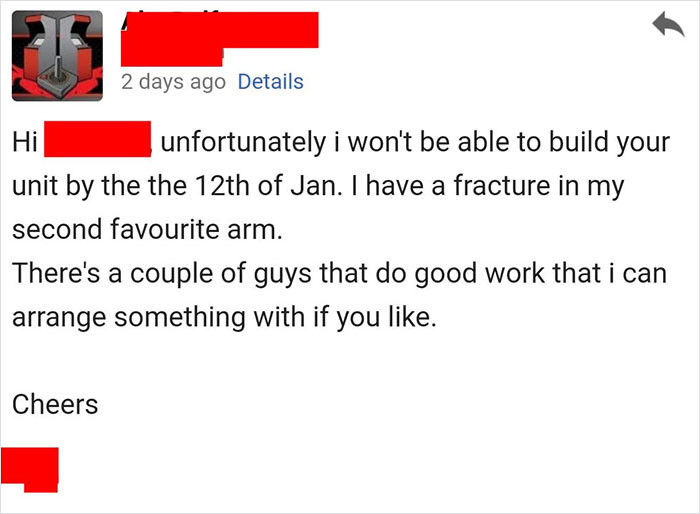 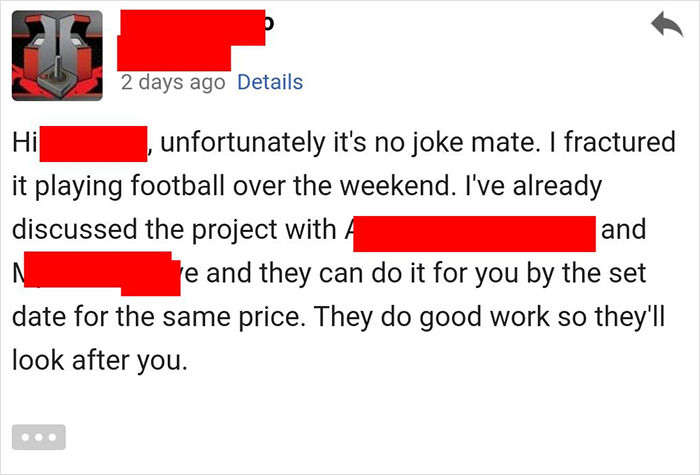 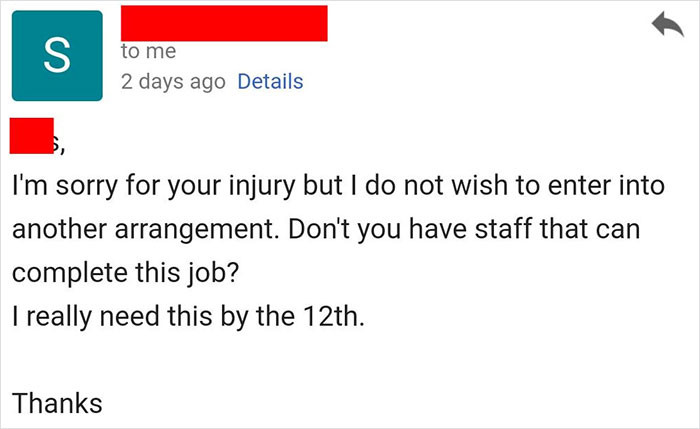 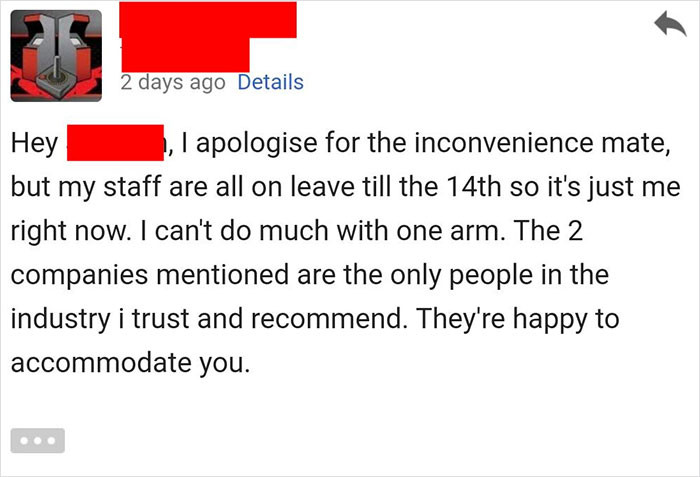 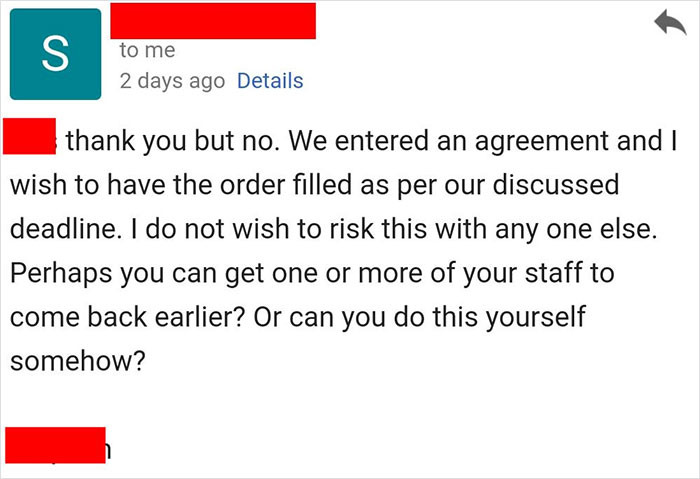 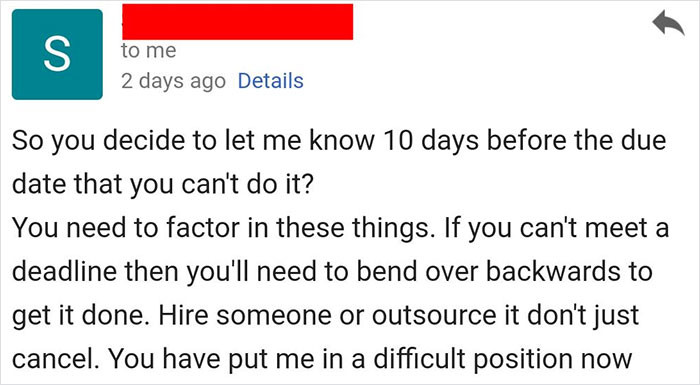 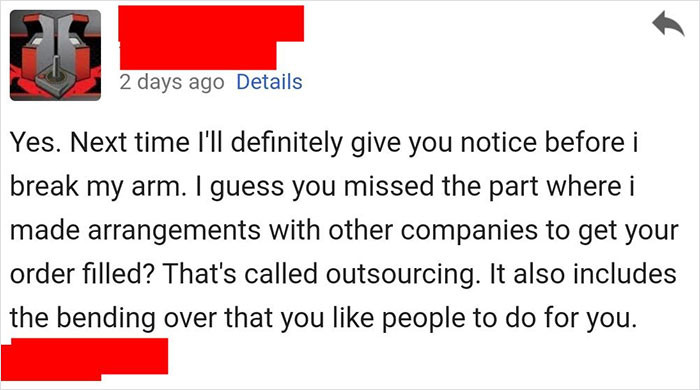 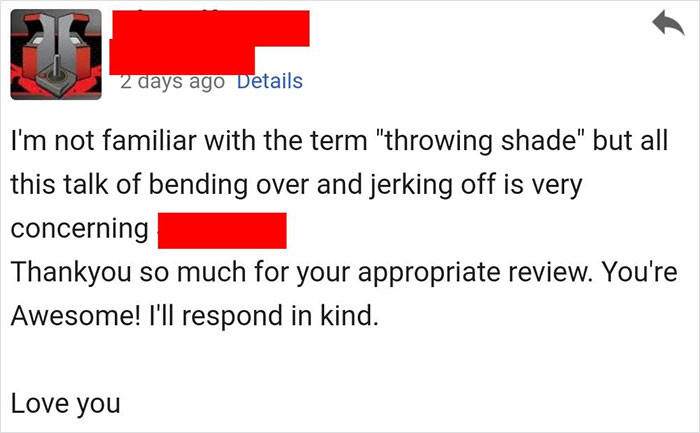 “I fractured the Ulna bone so it’s in a brace for 4 weeks,” Abs explained how he sustained this serious injury. “This client didn’t pay a deposit, it was a friendly verbal agreement, and he’d changed his mind and rescheduled on 3 other occasions at short notice.” Abs calmly tried to explain to the client that his staff was on vacation and that he was physically unable to finish the job with the injury he suffered.

But the client didn't seem to want to understand. He lacked appreciation for the fact that Abs found two other contractors to finish the job. If that isn’t a good service, what is?

Working with this client was hard from the beginning. He was constantlychanging the specifications and rescheduled the project several times. And Absdid not even take a deposit from the client.

Contractors should stand up to difficult and rude clients.

“I’d tell contractors to not be afraid of giving it back to an assh*le customer or being afraid of one-star reviews as people are drawn to reading them, it gives you a chance to respond accordingly so potential clients can see how you are.” Said Abs, hoping it would mean other contractors would avoid difficult clients. “I’m popular in the industry so it’s easy for me to say no to a customer,” also said Abs.

Problematic clients are not that uncommon

There are many types of potentially problematic clients. We will mention only the three most common since the types-of-clients list is constantly updated with new entries.

“Know-it-all “is a type of client that the contractors have the easiest jobs in the world, that they could do it if they had the time and tolls. And of course, they think the contractor is taking too much money for such an easy job.

“Hagglers”. They just love to get a good deal, ad are willing to go to the extreme. Buy sub-standard materials, trying to lower the contractor’s price… like it is his hobby, not a job that provides for him and his family.

“I-don’t-know-what-i-want-but-I know-what-I don’t-want-so-keep-on-guessing-and-changing-your-work-untill-I-see-something-i-like”.They will make you change everything over and over until they figure out what they want.

“I-don’t-like-to-pay-for-anything”. They will try to avoid payment, think of the reasons you don’t deserve to get paid…

And the people tend to agree with Abs… 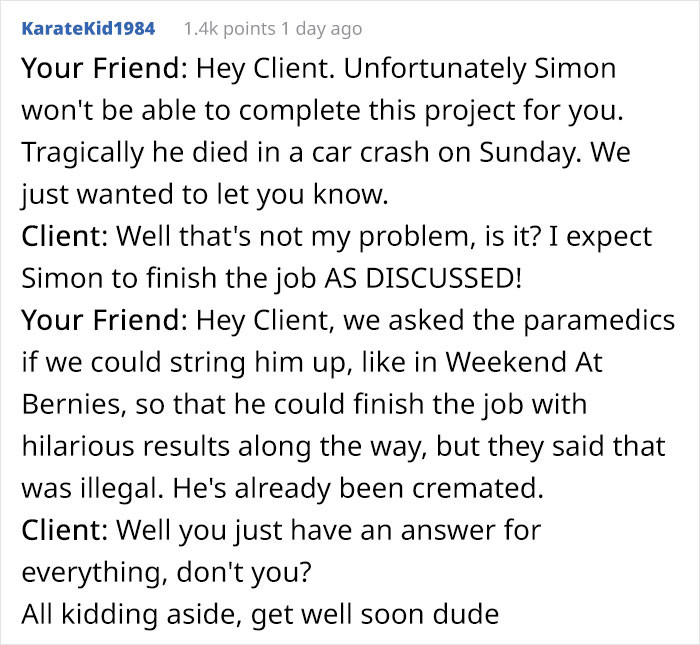 What do you think about this? Share it with us in the comments section.