A dog who was brutally mauled as a pup has been left with permanent facial injuries and is struggling to find his forever home.

Woody the pit bull was attacked by another dog when he was just a 5-week-old puppy and was "left to heal on his own with no veterinary care," according to the S.N.A.R.R Animal Rescue Northeast (Special Needs Animal Rescue and Rehabilitation).

The organization came to Woody's rescue when they learned he had cruelly been left chained up and abandoned by his owners. Woody had been left alone for six weeks, surviving purely on a little food the neighbors were feeding him until S.N.A.R.R. finally heard about his situation.

“Woody’s ‘family’ moved out and abandoned him at the home,” S.N.A.R.R. wrote on their Facebook page. “We were asked to take him into rescue and of course said YES!”

Although Woody's face is crooked, he doesn't have any health concerns. “He just looks a little different which doesn’t bother us one bit,” his rescuers gush. “In fact, it’s what made us fall in love with him even more.” 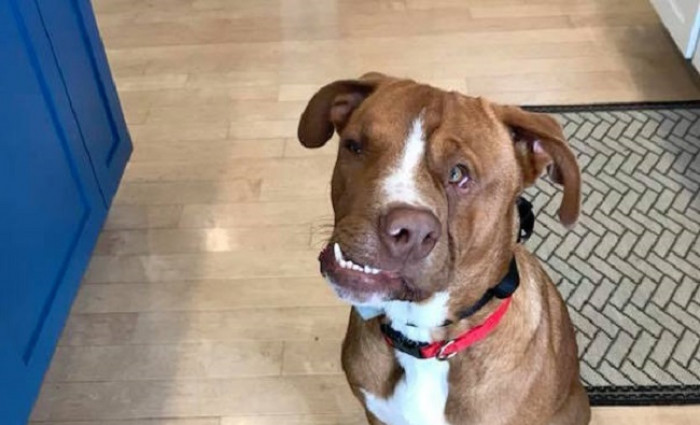 But it's not only Woody's looks that his rescuers fell in love with. It's his huge heart! 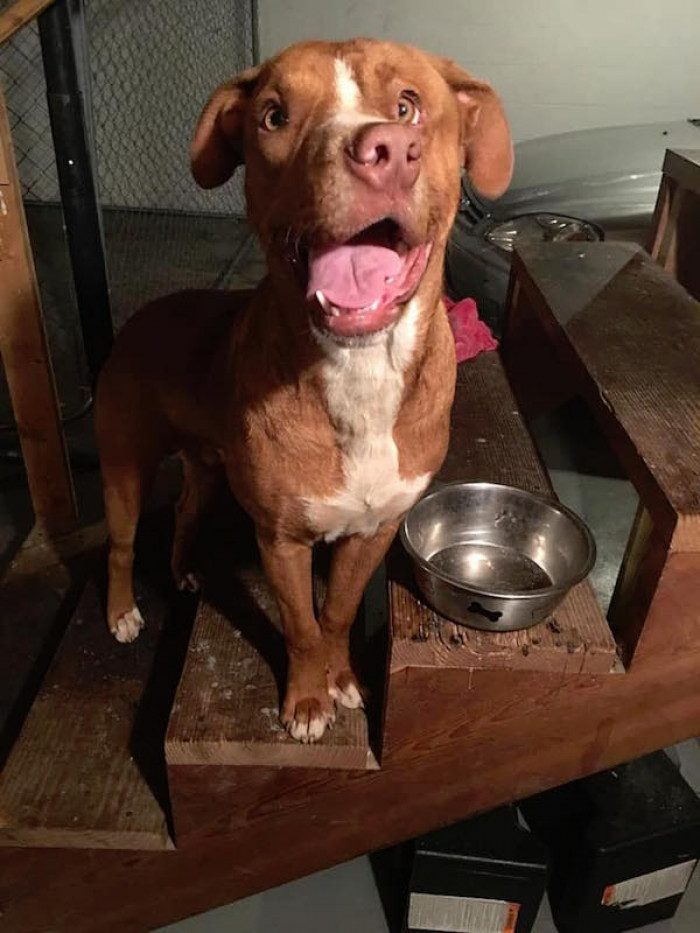 When Woody was first placed in foster care, his foster mama Jamie wasn't very well. “The first day we had Woody I was sick with a fever,” Jamie said. “He knew something wasn’t right and never left my side."

"He snuggled with me on the couch all afternoon. Now he’s my shadow, always following wherever I go, making sure I’m safe and sound. Woody loves to curl up on the bed and put his head on my chest.” 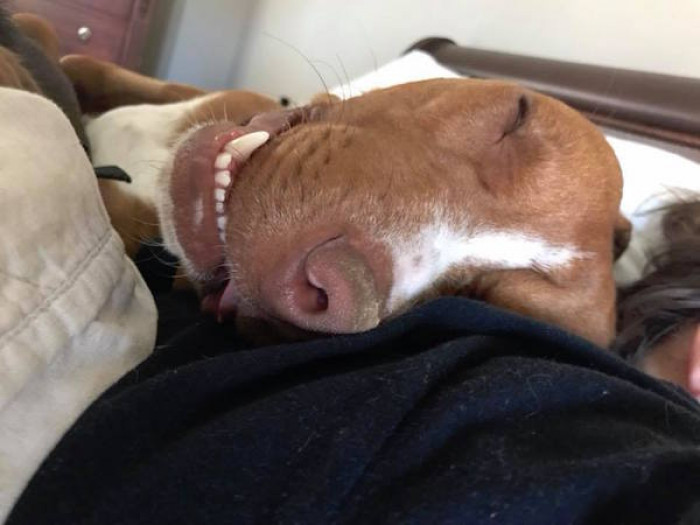 S.N.A.R.R. intends on being very selective when choosing Woody's forever home. They write, “Woody, while adorable, needs some love and a bit of training, he is a bit jumpy, but who wouldn’t be after being chained up outside! He also needs a home without cats, he likes to chase them.”

They say Woody is also likely to be most suited to a home with female dogs only.

“He is currently in foster with 4 other female dogs and does wonderfully,” says S.N.A.R.R.

“While Woody is good around kids, we think older kids (over the age of 10) is best, he has zero aggression towards anything or anyone, but he is a large dog who can at times get excited and jump up, so older kids are the better fit.” 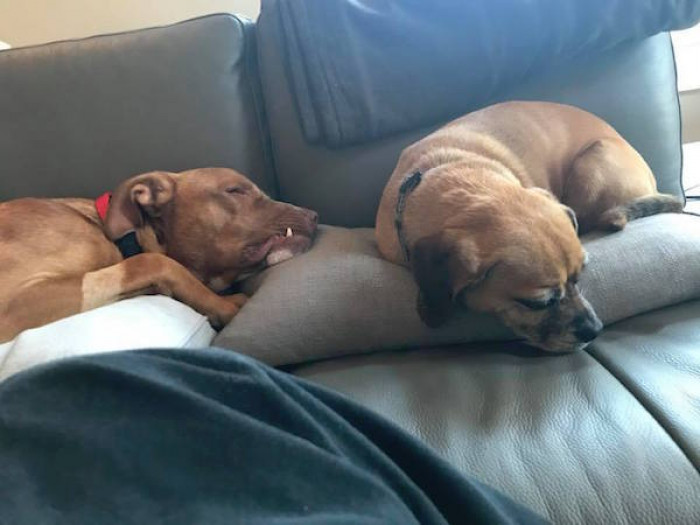 The BEST update on Woody!

After months and months of searching, S.N.A.R.R. was thrilled to announce that Woody had finally found his forever home. Just in time for Christmas no less!

Check out the adorable photo of him in his Christmas sweater, waiting patiently for his gifts!

We are so happy for you Woody! We hope you are eternally happy in your new home with your loving new family! 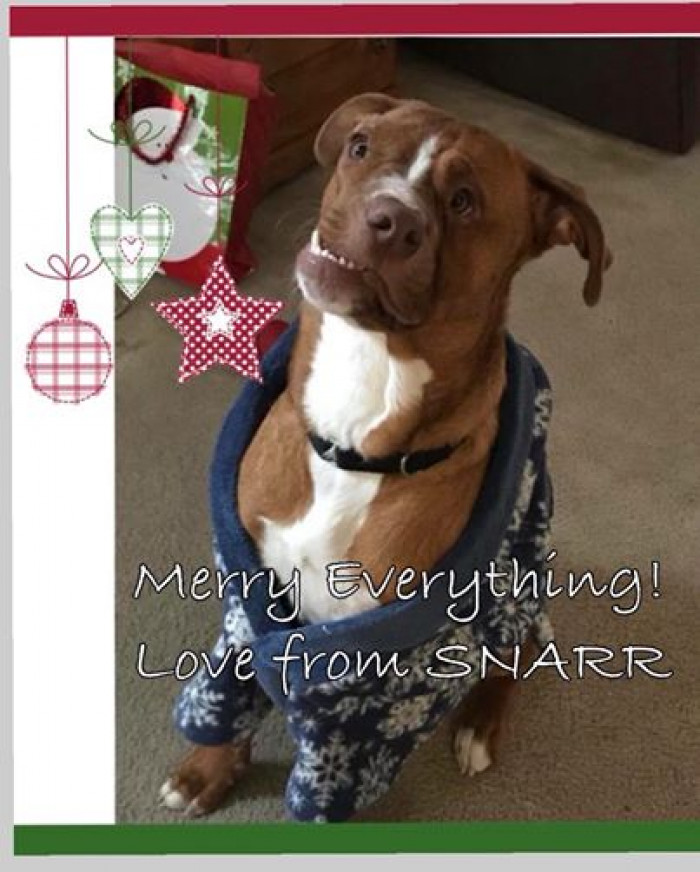 Talk about a happy ending!