Or maybe the people were nicer back then…Anyway, rude and insensitive people use this mantra to justify their actions and think it allows them to act like complete idiots to people who are serving them. As a rule, these people are insignificant in their workplace or home, but they use this opportunity to live out their fantasies about domination and make themselves feel important.

And they do this without any inhibitions, or consideration for other people. Twitter users created a thread so they could share the worst experiences with rude customers, and we have selected some of the “best.” 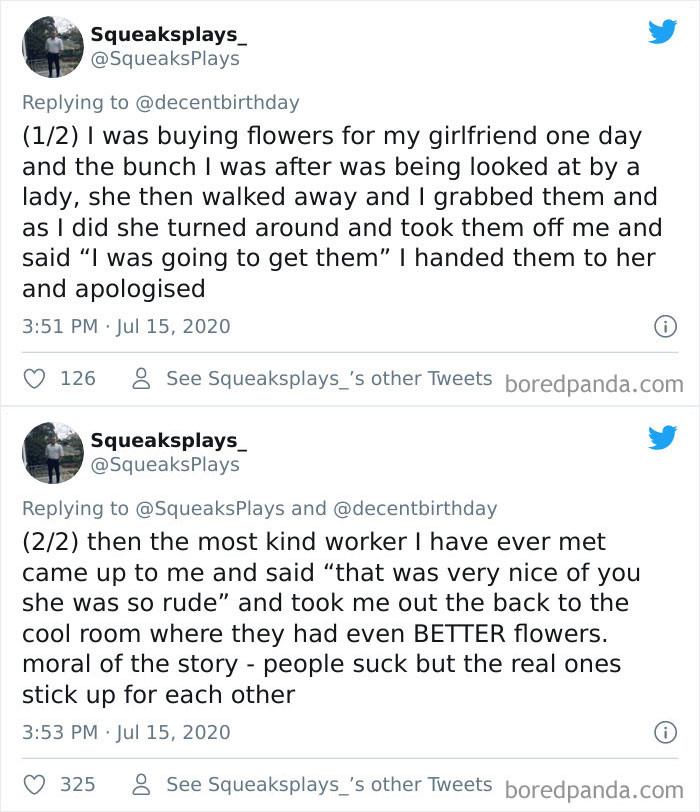 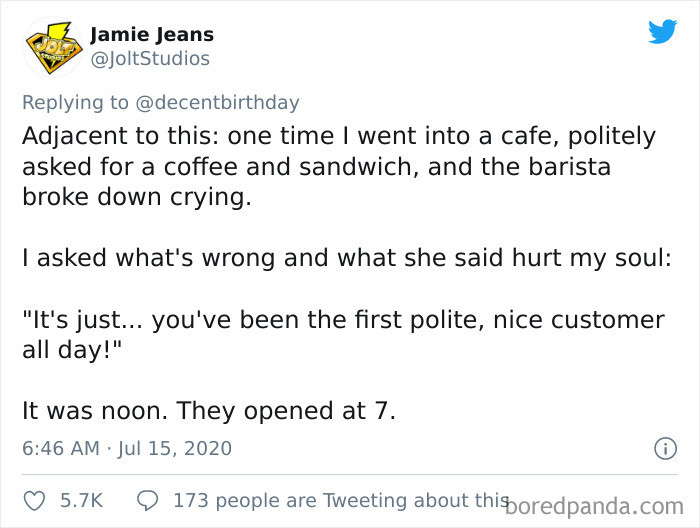 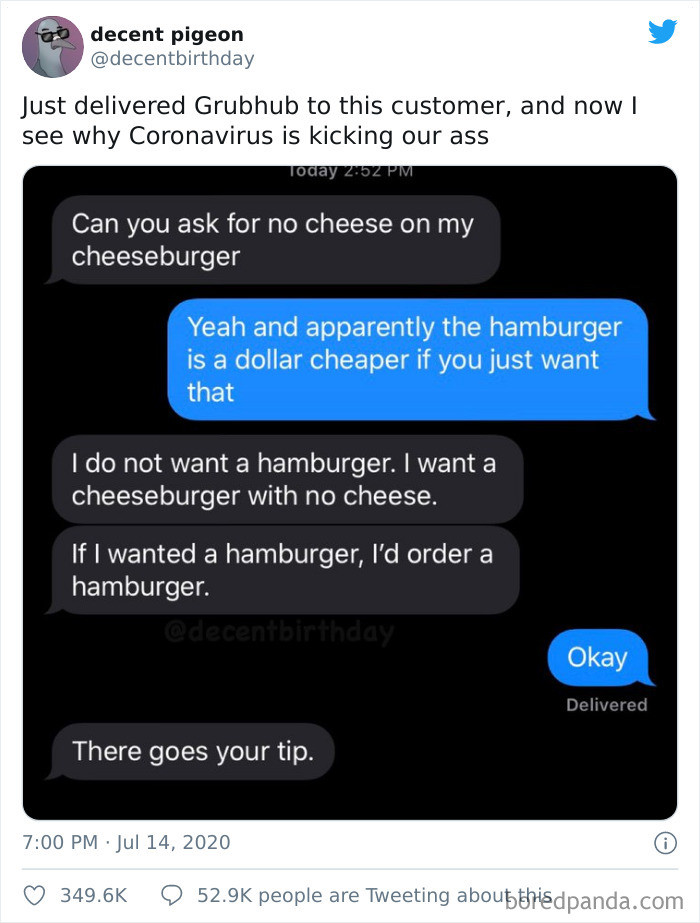 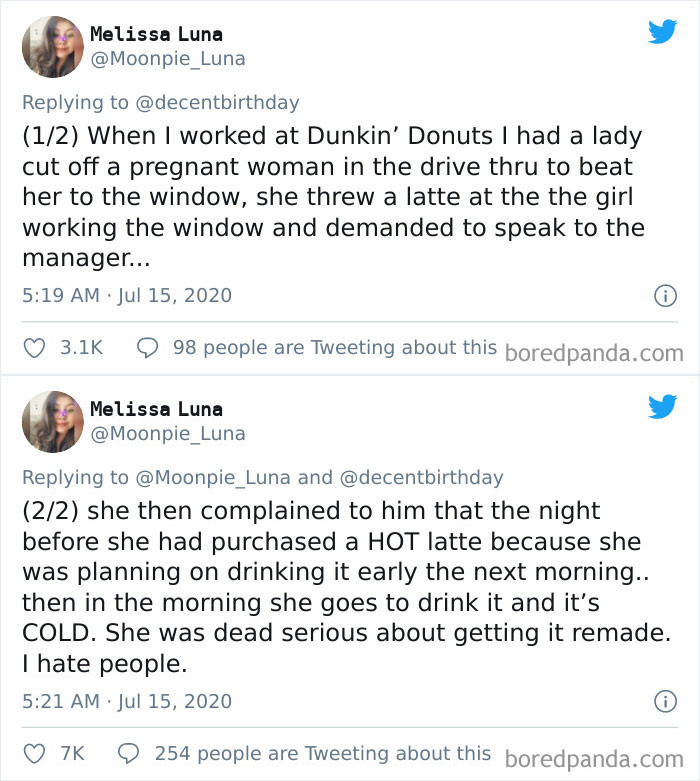 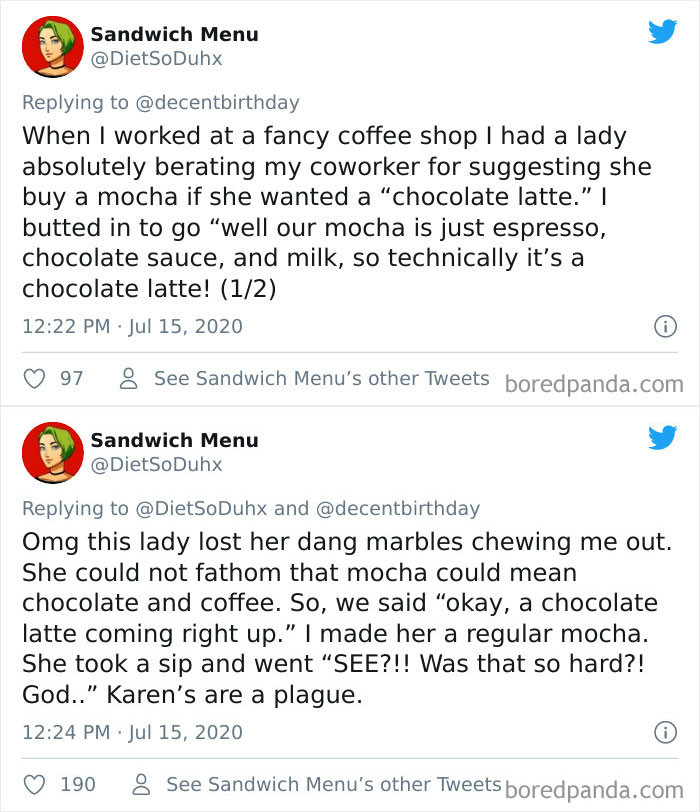 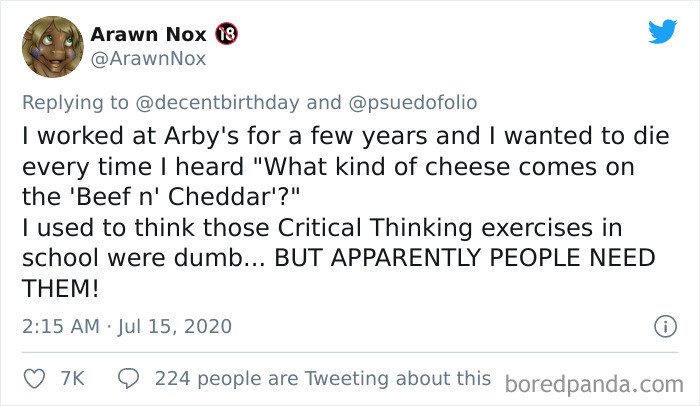 It is not the first time, and unfortunately not the last time we read about the rude and entitled customer like this. But is there an explanation for this type of behavior?

American consumer philosophy aims to make customers feel special, and some people come to expect it. One article implies that "They feel like they have a right to act however they want towards others until they're appeased—which winds up isolating the consumer and shaping their view of the world as 'me against them.'"

This type of disrespectful behavior is associated with the entitlement mindset, which essentially screams "Me!" in most daily-life situations. Psychoanalysts say it is exhibited as an exaggerated sense of self-importance, lack of awareness of others, and reluctance to compromise. 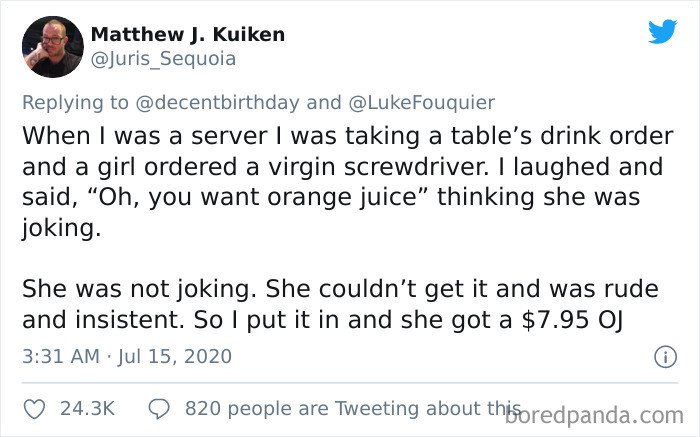 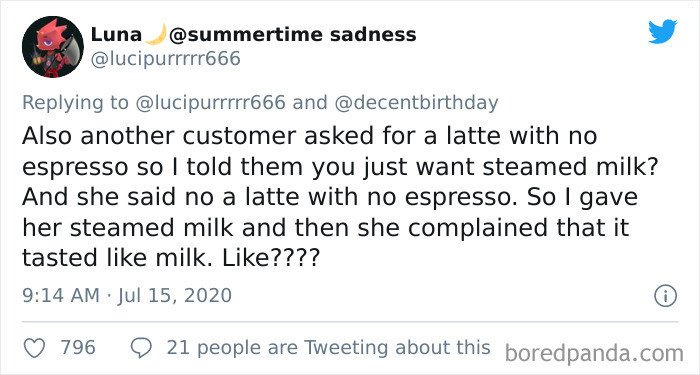 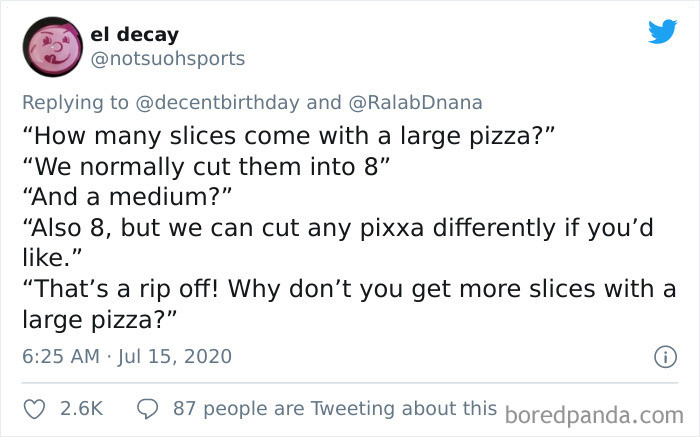 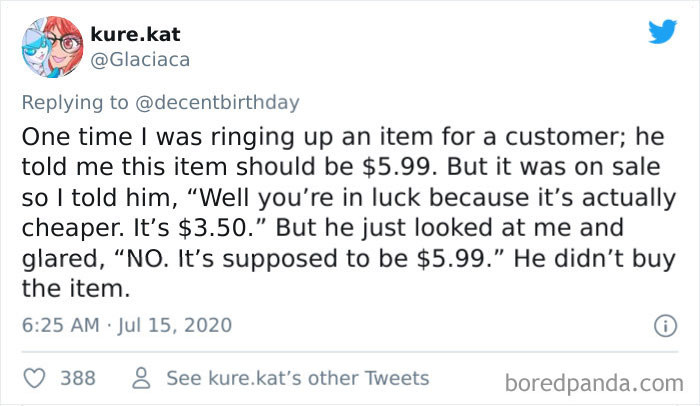 In the foodservice industry, terrible customer conduct is usually related to attitude problems and plain disrespect. But one study showed it's much more ominous than that: "behaviors of entitled customers negatively impacted waitstaff employees."

Furthermore, "the participants in the study have reported 'physiological arousal, negative affect, burnout, and feelings of dehumanization as a result of dealing with these patrons.'"

So, Is the customer always right? 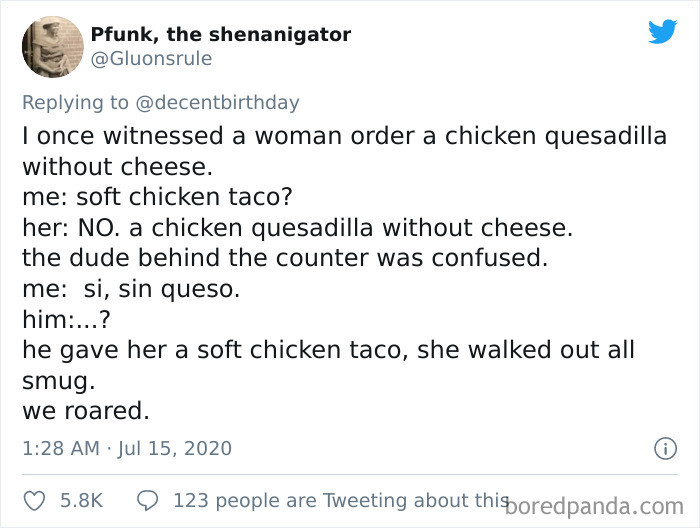 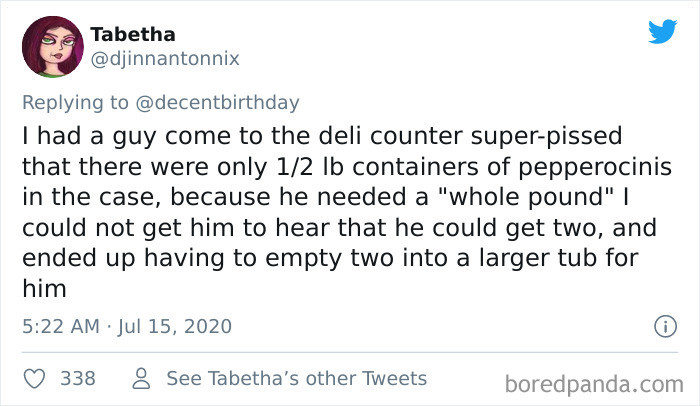 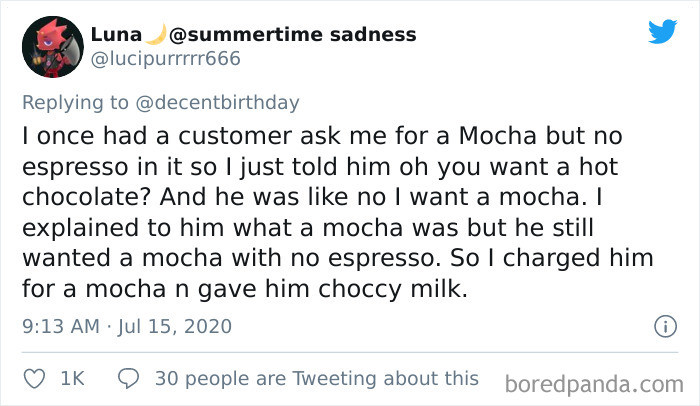 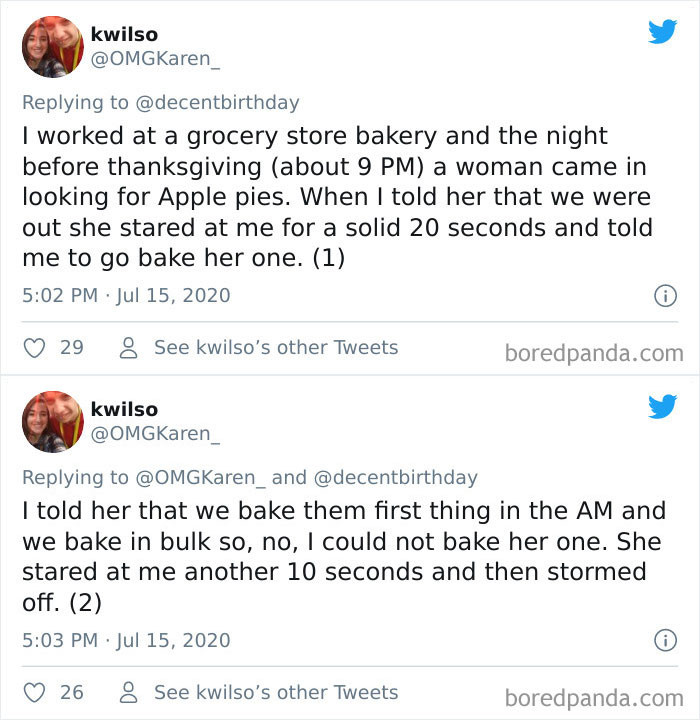 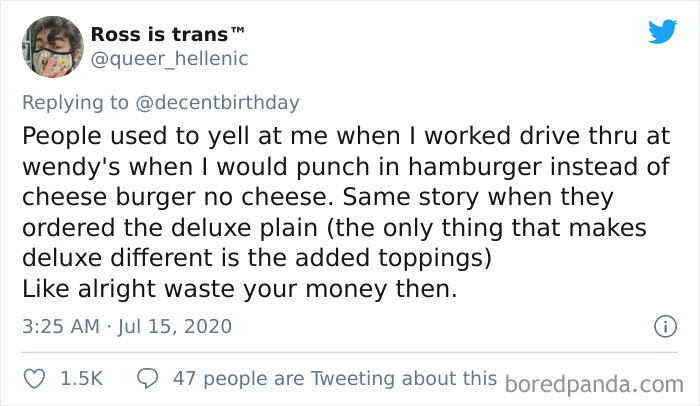 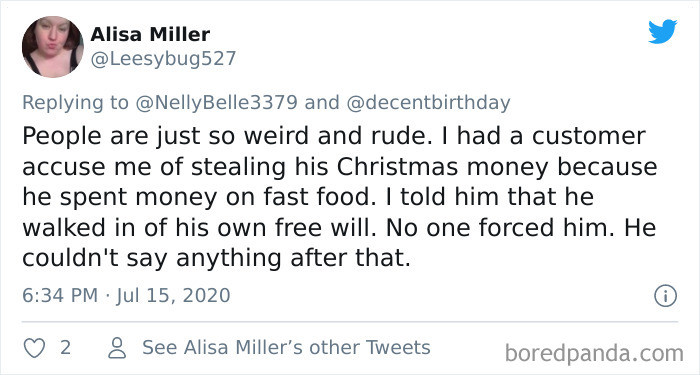 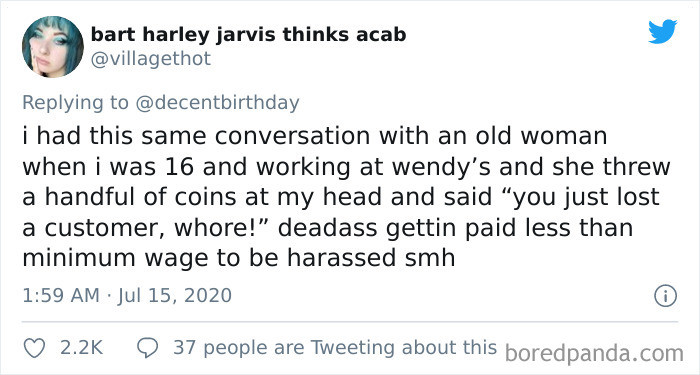 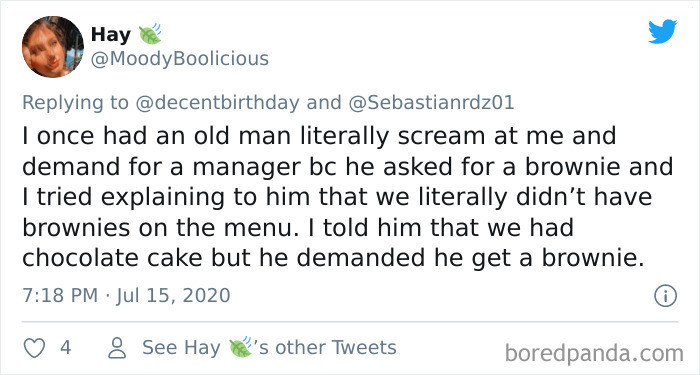 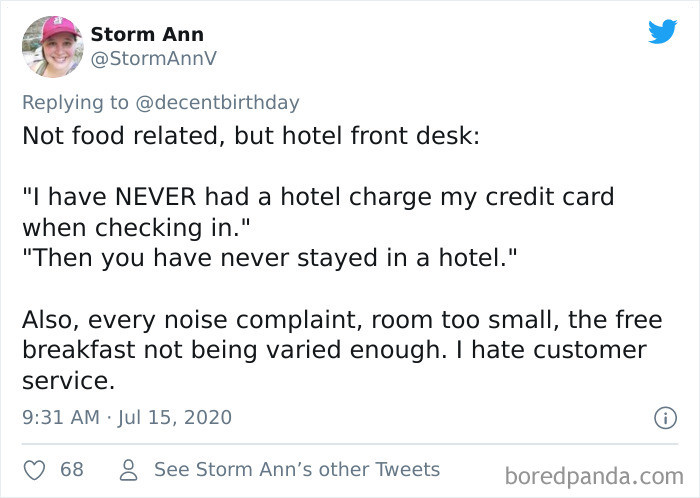 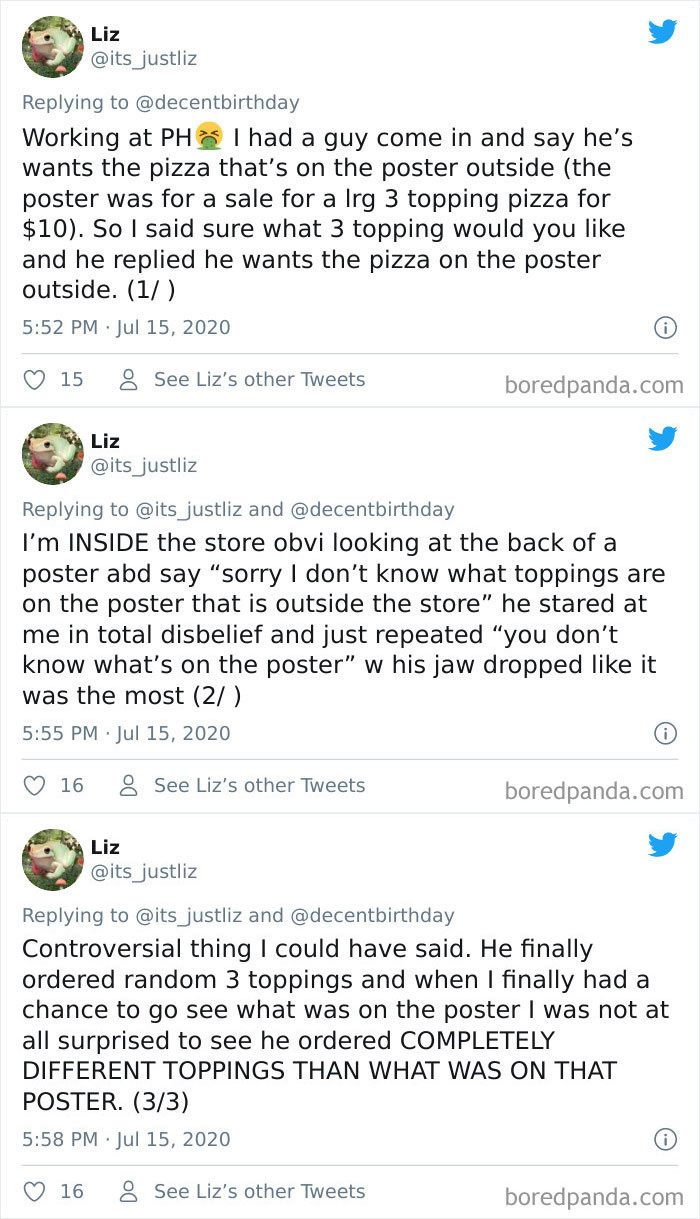 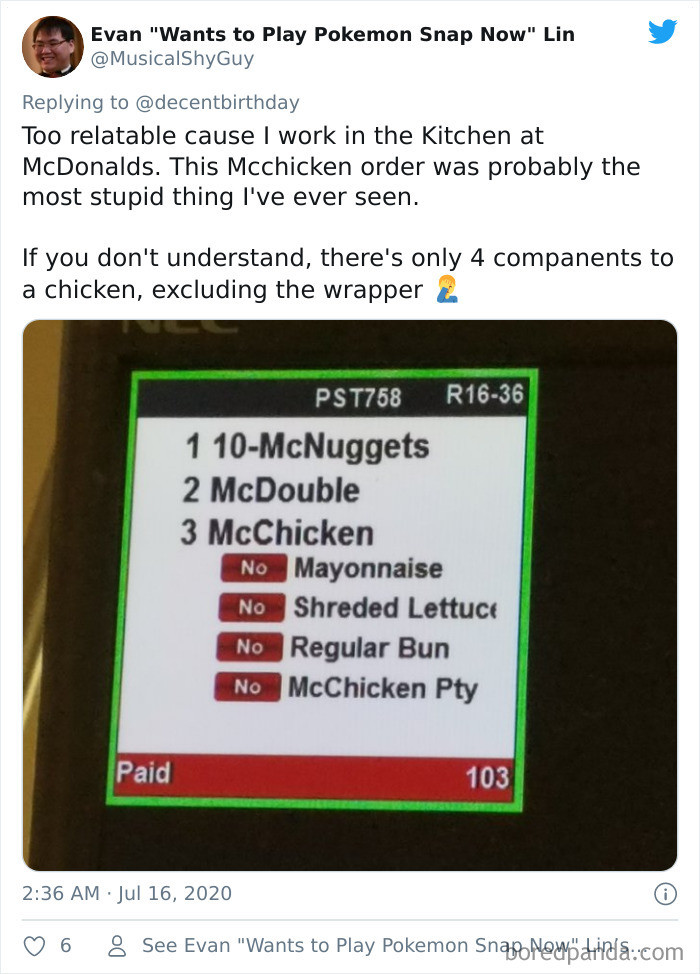 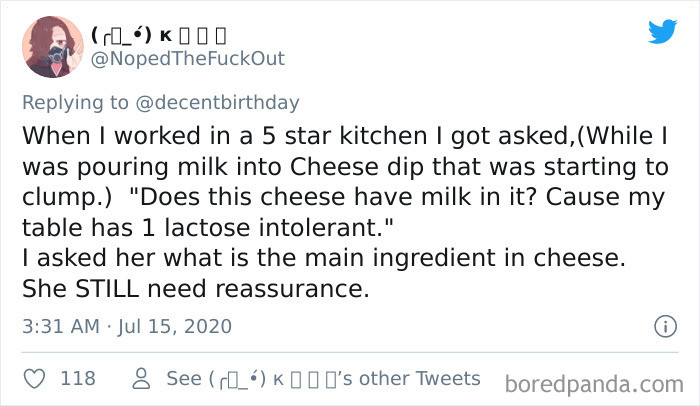 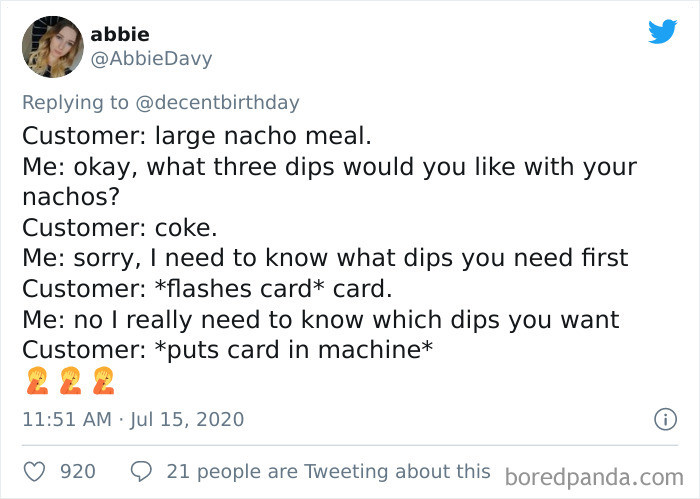 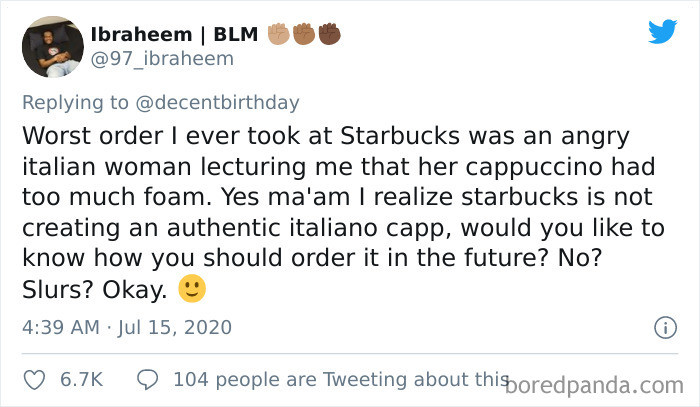 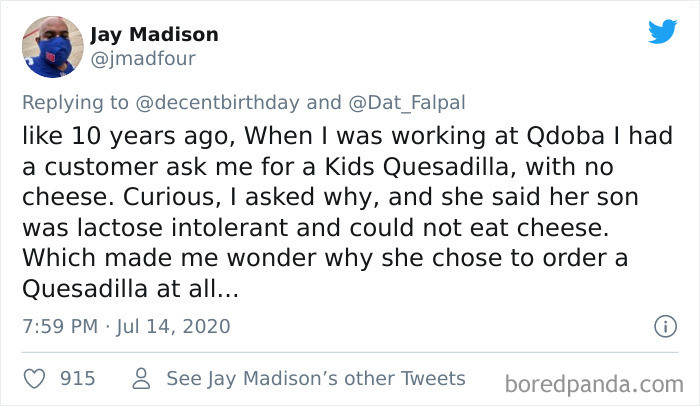 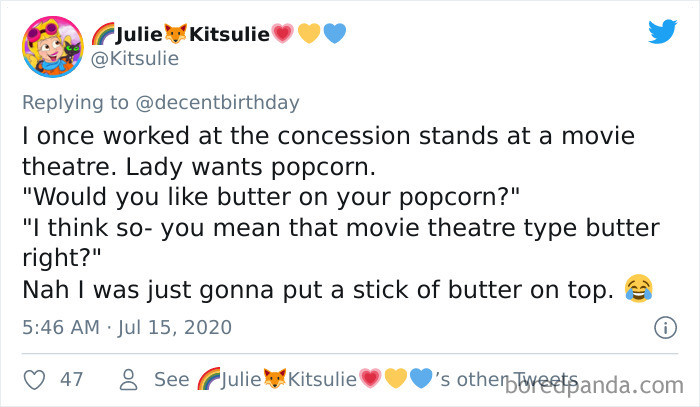 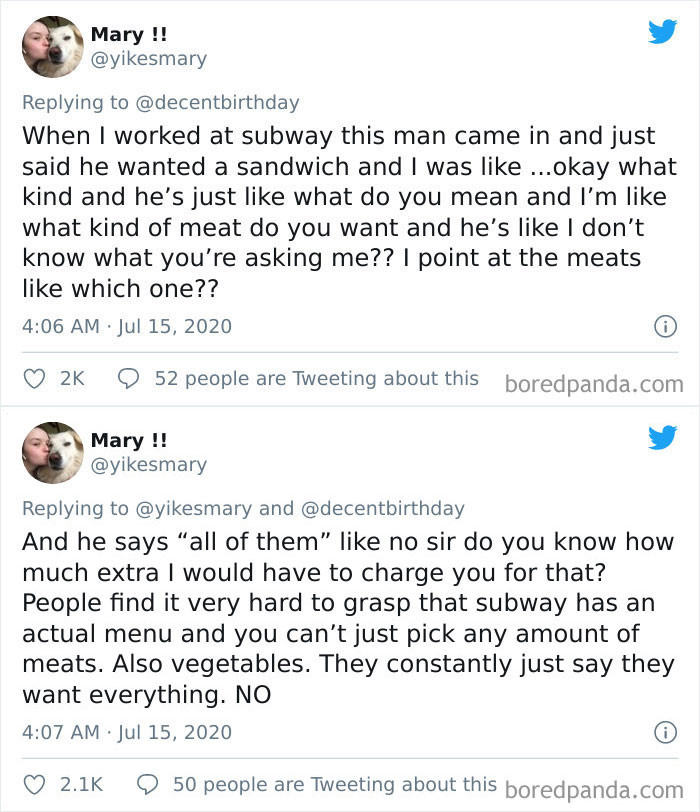 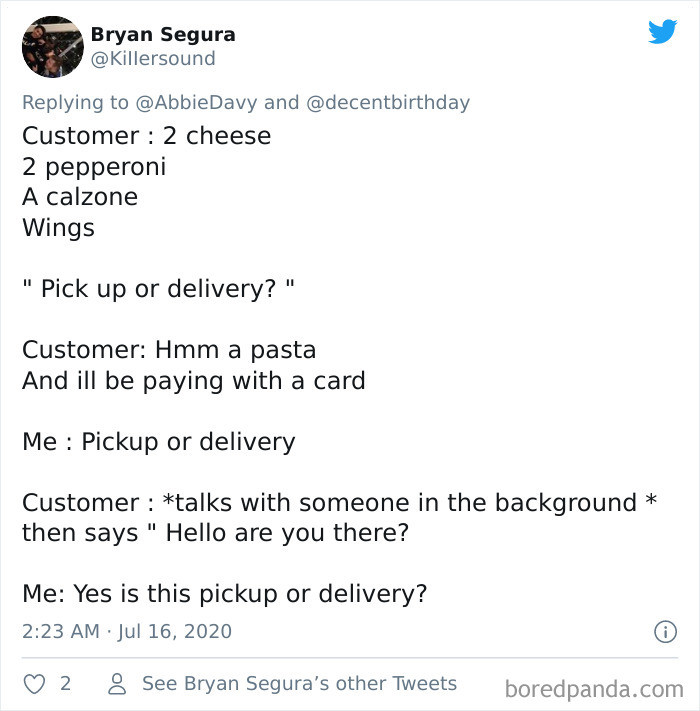 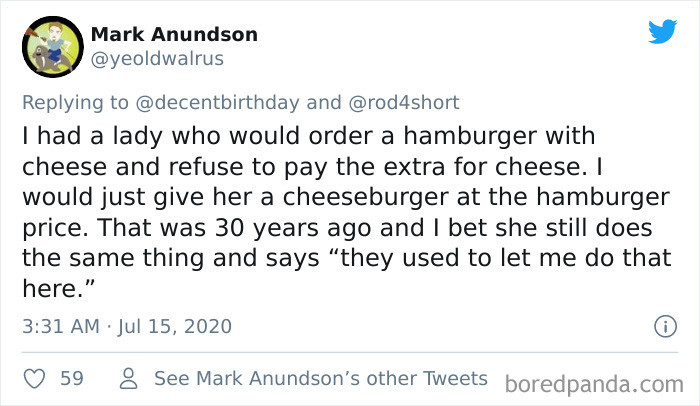 A college student named Palmer, who goes on Twitter by a handle Decent Pigeon, recently posted a tweet on delivering Grubhub to a demanding customer that became viral and got 374.2K likes and 58.7K retweets. Creating content for Twitter wasn’t his only job – he also worked for DoorDash and Grubhub for three years…

“The funniest part of the industry is that when a customer is mad, they have (a couple of times) tried to degrade me based on my job title, the ‘service industry worker,’” Palmer says. “It’s almost like I only do it on the side while I study in college to get another job.”

“I’ve encountered tons of amazing people in the industry, so why chalk it down to just their job title?” Palmer continued. “Cliche, but people just need to learn to respect one another.”

This viral post showed that Palmer is not alone, “and that I am not cursed with all the psychos of the industry.” He added that none of the stories shocked him because “many customers in the service industry are extremely entitled and rude.”