It's not going to come as a shock to you that politicians are behaving badly, AGAIN! Dean Browning is a White, Republican politician who ran and lost in the 2020 Republican primary for US House Pennsylvania District 7. I'll mention it again, because it's pertinent, he is white.

He was recently caught tweeting from his personal Twitter account pretending to be a gay, black Trump supporter. This has lead internet users to believe that Browning has a fake Twitter account that he often Tweets from where he masquerades as a black, Democrat-shaming man.

It's pretty embarrassing. It's almost as bad as the whole 'Four Seasons Total Landscaping' thing, but it's probably not quite at that level.

Check out how it all went down below!

.. and this is a typical response he gets from various Democrats... 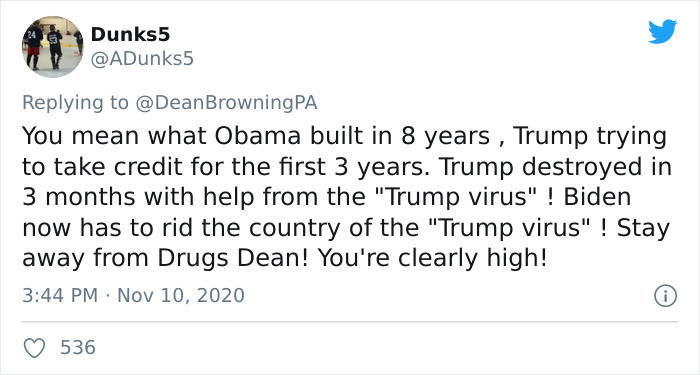 Now, here is the tweet in question... He a black guy? 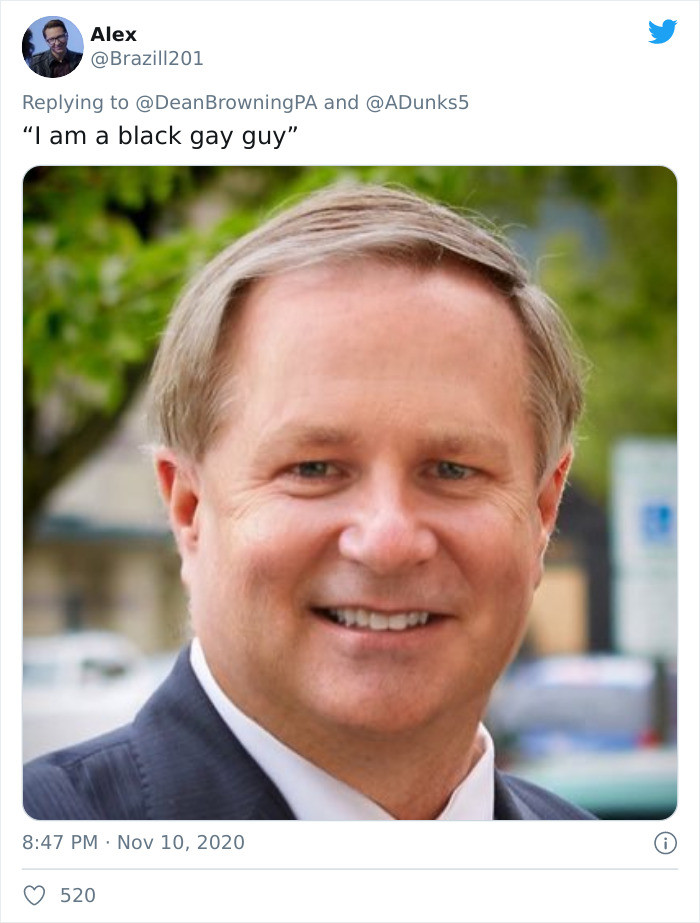 Of course, the internet was QUICK to jump on this...

They found it pretty dang funny! 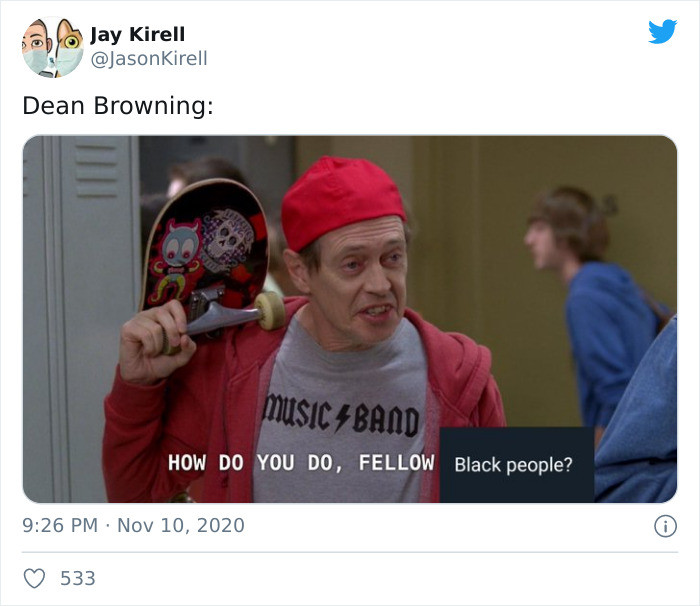 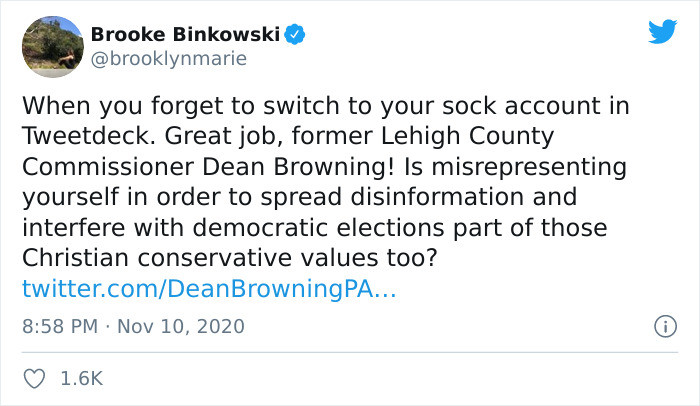 The memes came in hard and fast... 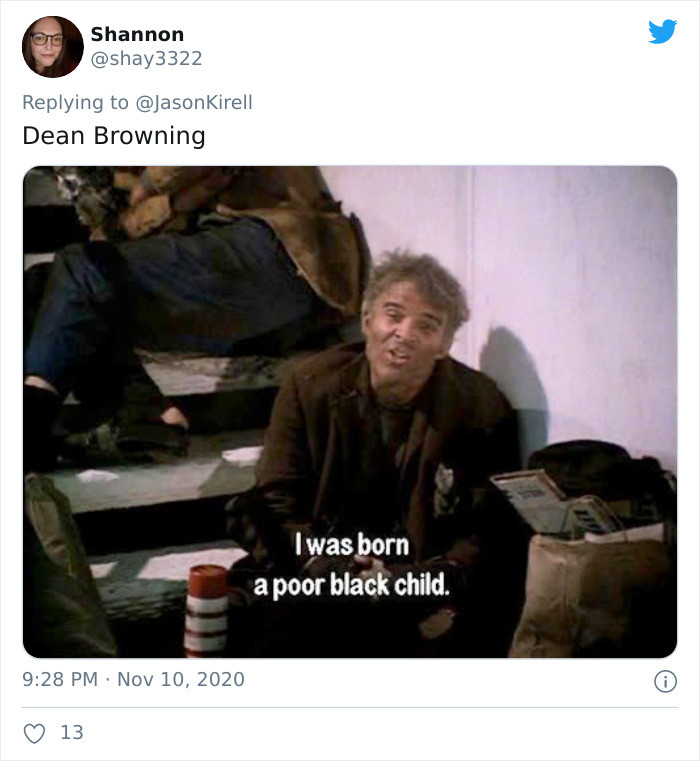 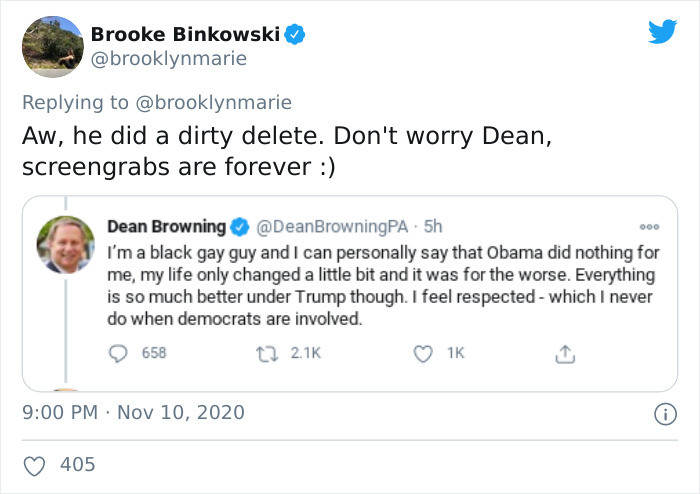 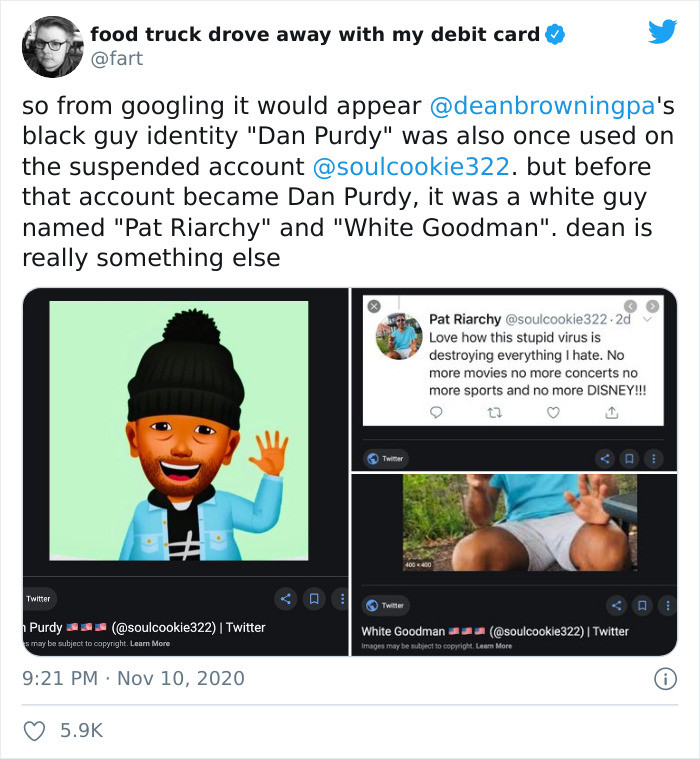 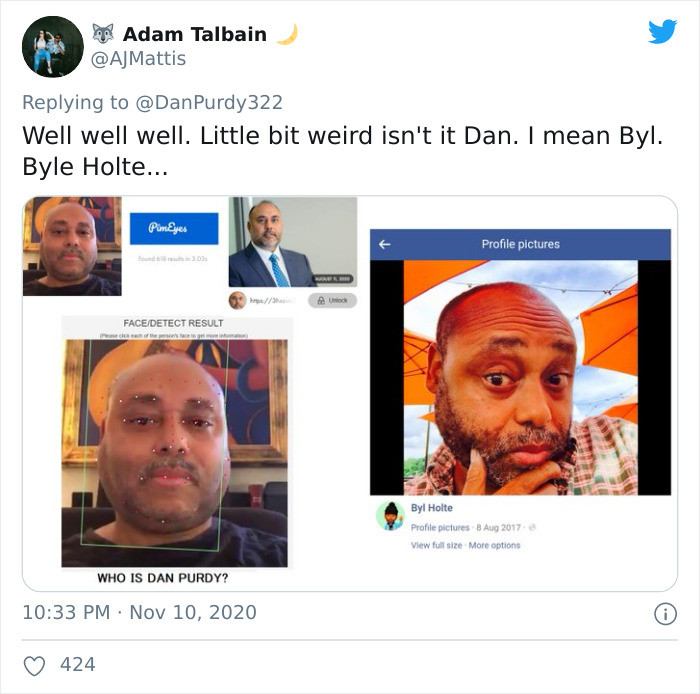 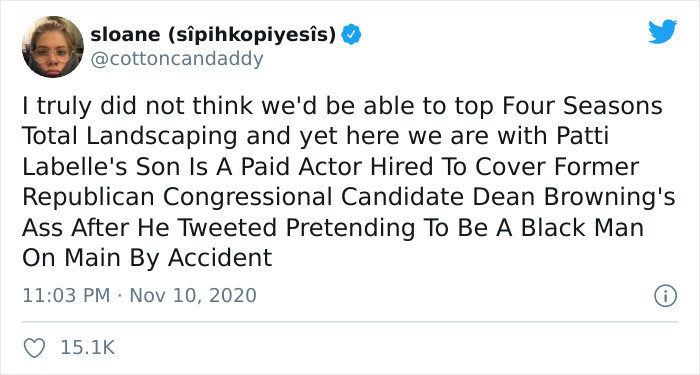 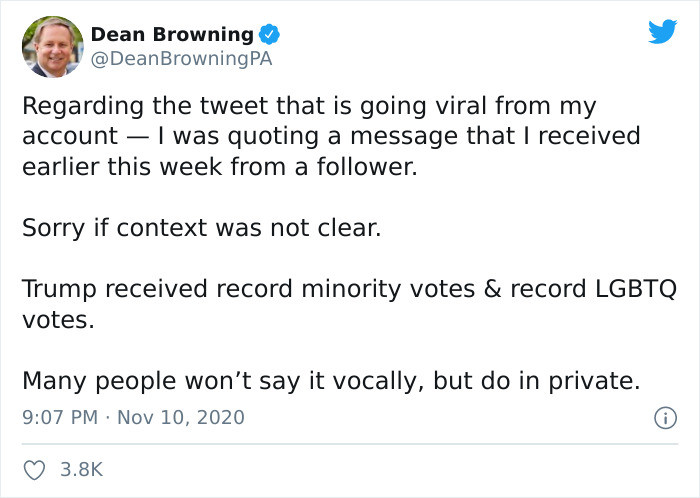