This Guy Claims That Disney World Is Too "Woke", So Twitter Users Dunked On Him Harder Than Ever

Sharing ignorant opinions on Twitter is basically a death sentence, once it's out there, it's just a matter of time before people find it and once they do, it's obliteration time! Such events can be spotted on the platform almost every single day, and it's always as good as expected.

This time, an adult man claims in an op-ed he wrote that "wokeness" is ruining the experience at Disney World. He complains in the article about the recent and upcoming changes Disney employees are going through, which include the freedom to publicly display their tattoos as well as the freedom to pick any hairstyle of their choosing.

A remodeling of Splash Mountain is scheduled to replace animatronics from the Disney film Song of the South with characters from 2009's The Princess and the Frog. Racist figures will be removed from Jungle Cruise's ride, and Pirates' animatronic section with women being auctioned off as "brides" has already changed. 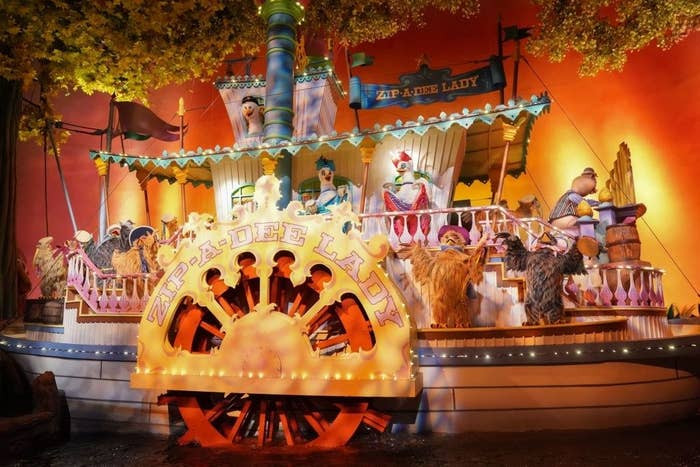 They definitely did not hold back...

1. That's pretty much it

help I need the sex slavery back at disney world, my family is dying pic.twitter.com/Navepwmr4s

2. There will be a better tomorrow

What I’m hearing is that soon Disney World will be much more enjoyable because people like this won’t be there. https://t.co/lrackYsMtz

3. Is that supposed to be a threat?

Rando: "If Disney World doesn't dial back the wokeness, people like me will stop going."

Me, not having to wait in line for hours: pic.twitter.com/zdh9kRJpdw

“I’m not going to Disney World because the pirates don’t rape women anymore” is an interesting position to take.

I love Disney World, but wokeness is ruining the experience. The multiculturalism of the "It's A Small World" ride makes it hard for me, a large adult man-person, to enjoy a day alone at a theme park and I feel my heritage is being erased by animatronic Ecuadorian dancers. https://t.co/5Mxftj6SUz

let me be clear: i pay disney world money SPECIFICALLY to make me, a grown man, ACTUALLY believe i am in the real life presence of fictional, animated characters. when Goofy has an undercut, I cannot take him seriously as the cartoon that he is pic.twitter.com/001dMQG2P6

8. But some people just hate freedom

When I went to Disney World, one of the employees rolled up his sleeve and told me that he could get fired for doing so, but he wanted to show me that we had matching tattoos 🤣🙃
I’m glad nobody’s livelihood will be threatened now for experiencing joy.

I’m not happy with the wokeness.

10. Disney World is not Westworld bro

‘I prefer to think of the cast members not as individual humans who are there bc they need to put food on their tables but bc they desire to serve as living props in my arrested-development fantasy lifestyle.”

The "wokeness", specifically, is seeing cast members tattoos & removing a character named "Trader Sam" from Jungle Cruise. A grown man sees these things (or doesn't see them) & gets all worked up & the experience is "ruined" for him. Somehow he doesn't see this as HIS problem. https://t.co/FFhYCpHiDO

When you love Disney World, but wokeness is ruining the experience pic.twitter.com/VT0IG3Gec3

13. Try explaining that to him

14. Round two will be even more brutal

Everyone's dunking on the middle-aged man from Nevada who complained that he can't enjoy Disney World anymore because of "wokeness." But I think we all need to just pause for a second and gather our thoughts, so we have more energy for the next round of dunking on him.