Halloween costumes are generally only worn once a year. However, for one special dog named Myko, dressing up in his Eeyore costume has become acceptable all year-round.

You see, Myko has suffered from severe anxiety since he was a pup. And, as it turns out, wearing his Halloween costume gives him a great deal of comfort.

Myko is a rescue dog, and from the moment his humans laid eyes on him, they knew he was a special boy. "He had been rescued from a high-kill shelter in South Carolina, and prior to being at the shelter, there had been some kind of neglect," said Elena, Myko’s mama.

"When we saw photos of him, it was love at first sight. His little face on the screen with those enormous brown eyes instantly spoke to both of us, and we knew that we had to rescue him," Elena explained.

Myko is full of personality and energy, but he is also a very sensitive soul. He is easily frightened by loud noises and things that move quickly.

"We never quite know what we might run into that sets off a fear response," Elena said. "Despite that, he is incredibly brave, smart and responsive to training - he has accomplished so much and moved beyond many of these challenges."

When Myko is frightened, he barks - a lot! His parents were struggling to find something that would help calm him, so they decided to get creative.

"We had read about how clothing that is form-fitting (like a ThunderShirt) or pressure around their ears can be calming for dogs who are in a high state of arousal," Elena said. "We had purchased an Eeyore Halloween costume for him a few months back, so we pulled out the droopy ears portion of it." 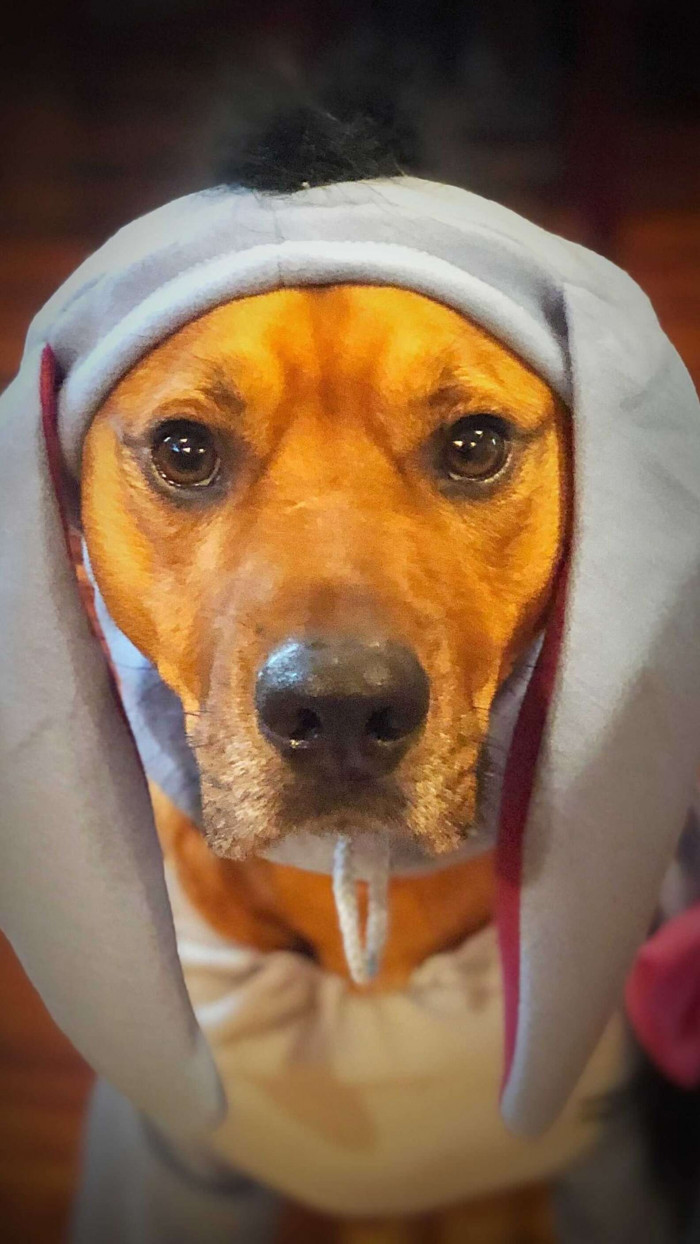 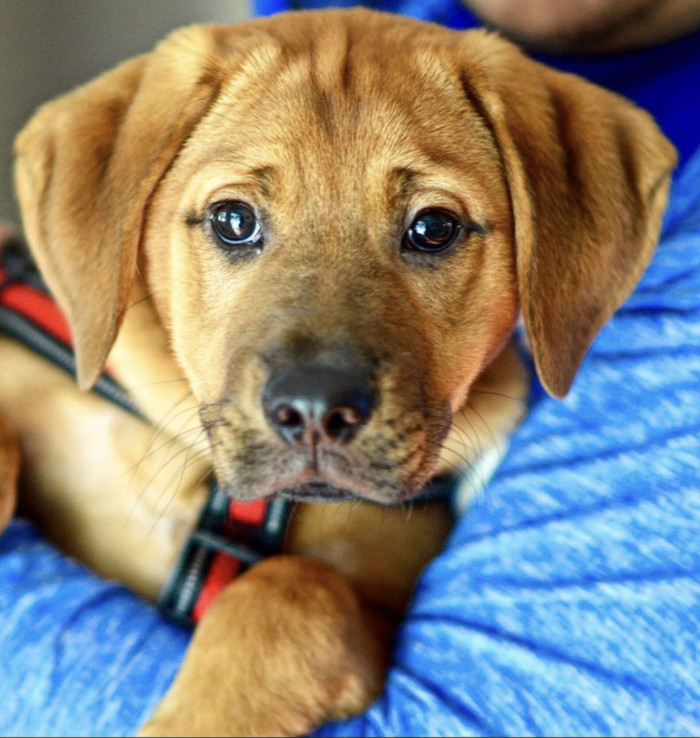 "We put them on him and he instantly became very quiet and calm," Elena said.

Just the sight of his "quiet ears" is enough to remind Myko to calm down. "If he gets a reminder that he will need to wear them, he may just become quiet and then walk away to do something else," Elena said.

The ears are a source of comfort to Myko when he is stressed. 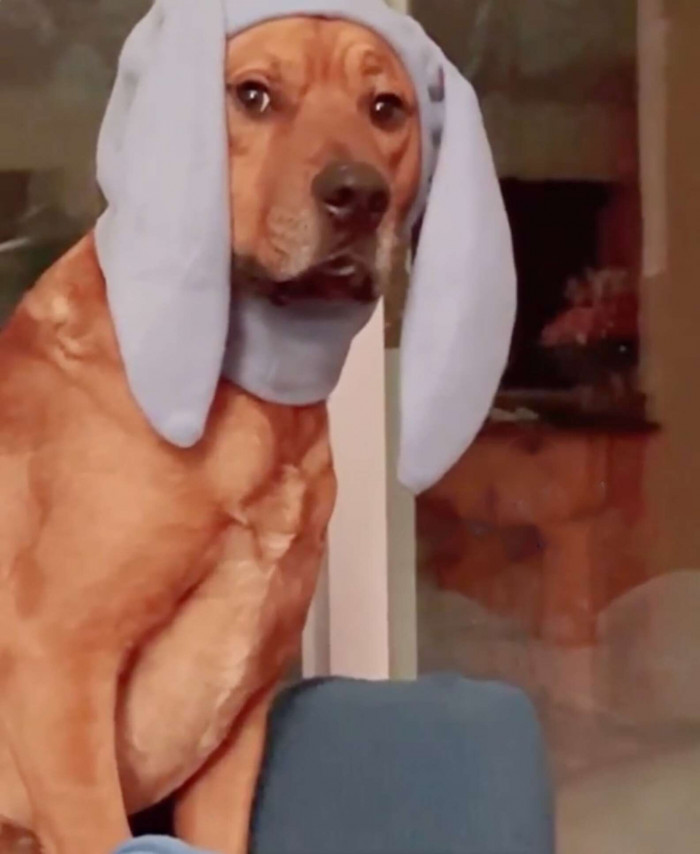 "When we pull them out or he sees them, he also may quiet down."

"The way he expresses himself, his feelings, his thoughtful reactions to things, is so inspiring and a reminder that it’s OK to feel things and look for help when you need it," Elena said. "The lessons we have learned from him about courage, second chances and kindness are endless."

It’s our method. 🤷🏻‍♀️ Anyone else have a no bork plan? #talkingdog #dogsoftiktok #cutedog #funnydog

♬ It's Been A Long Long Time - Harry James