Constance Hall, a blogger and a mother of four, recently shared a post that raised a lot of dust. She recalled an anecdote that perfectly depicts the double standards that women are facing.

Whatever dads do, even the tiniest thing, is always greeted with standing ovations… and moms just get a “nice try, but needs improvement. Could you do it a little bit better?”

The world progressed a lot, but it looks like some people are still standing in place. Crying kids in the supermarket would result in frowning and comments like “That woman should teach her kids better, while a dad alone with crying kids would get sympathetic comments, “Poor man, all alone.” 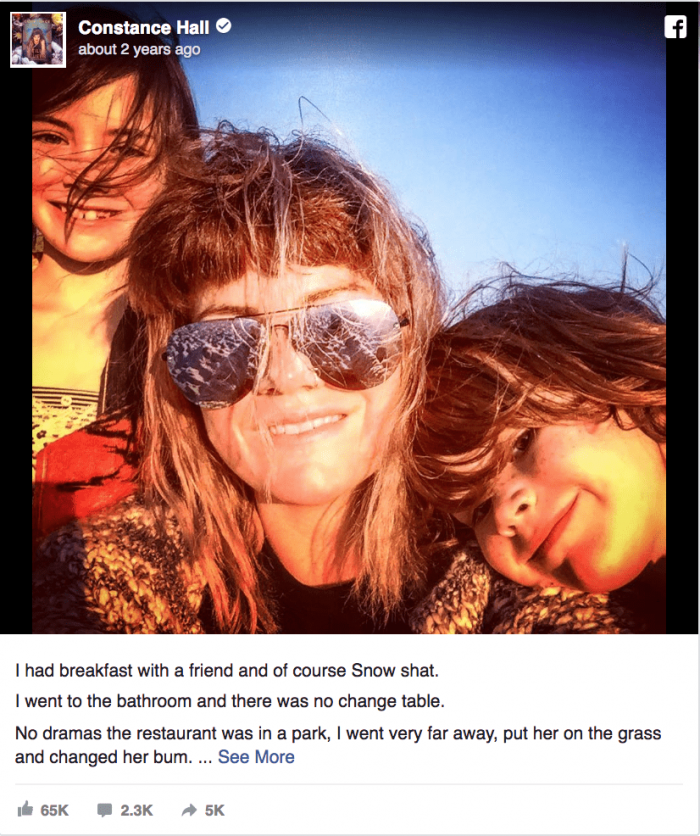 Constance recalls an incident when she tried to change her daughter’s diaper unobtrusively in the park when some woman came to her and started judging her.

“I saw you changing your daughters nappy, could you please use the change table next time”

I said “there wasn’t one”

She said “there is, it’s in the disabled toilet and that’s around the other corner”

I said “cool, she’s probably not due for another shit for about 6 hours but I will act accordingly.”

I felt like a loser. The world went on."

It's hard to see her what was bothering this awful lady. Park is an open space… dogs, cats, and birds all poop there… Why can’t you change a diaper there?

But then, only a week after the incident, her husband did the same thing in the same park, and he immediately became a hero dad.

A group of women walked passed, one said.. “Aww good dad!!! That’s what we like to see, get in there”

Bill felt like a legend. The world went on. 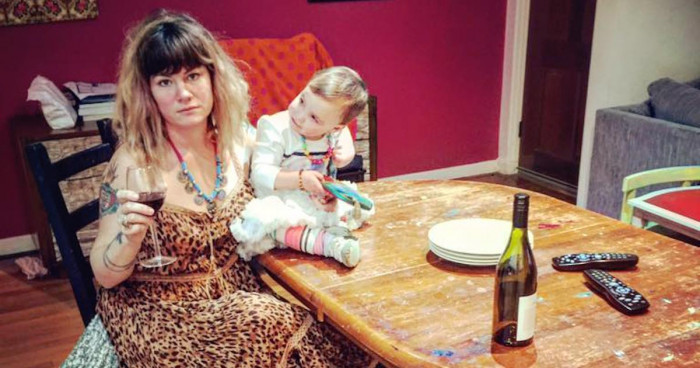 Why did people make Hall feel like a loser and her husband a hero? Hall continued:

"I am used to being scrutinised for jobs that my husband is praised for.

I am used to picking the kids up from school to judgmental looks about being late, while Bill is used to a red fucking carpet and a 12 piece band praising him for his heroic appearance at school pick up.

That’s the way we as a society are, we place so much pressure on women to be perfect and selfless while putting low parenting expectations on men.

I am not saying quit the praise. I love seeing Bill get praised for the things he does for our kids.

He is a good dad, why not celebrate him.

But let’s praise each other too, let’s see a women talking on the phone while pushing her pram and think ‘wow, she chose not to stay at home bidding on eBay smashing straight vodka. She chose to come to the park and be a magnificent mum’"

Unfortunately, this post is extremely relatable, as many women are having the same problem.

Her post got more than 73k likes, and it was reshared over 5k times. 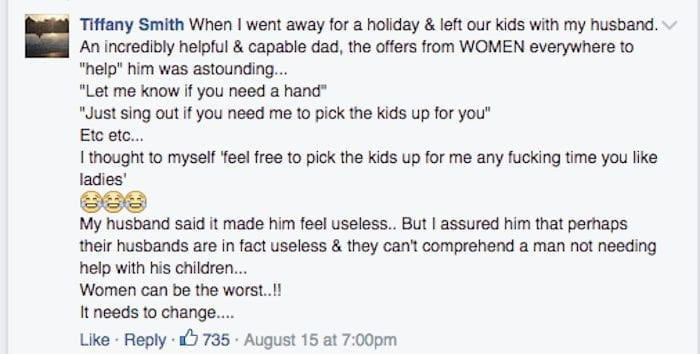 Next time you see some mom struggling with her kids, try helping instead of judging.