This Elderly Dog Is Too Frail And Sick To Sleep Upstairs, So His Family Takes It In Turns Sleeping With Him On the Couch

If you are a dog owner, you will most likely agree that there isn't much you wouldn't do for your beloved pup. Even if that means sleeping on an uncomfortable pull-out couch to make him more comfortable, right?

Well, that's precisely what this loving family has been doing for their sweet 14-year-old English springer spaniel, Spike. Spike is currently recovering from his second stroke, and because of his age and extensive health problems, poor Spike is no longer able to climb up the stairs of his family home.

"We got Spike when he was five from a rescue (Dogs Trust) around a year after losing our old dog (also a rescue that my parents found abandoned as a puppy). Spike had several homes before us, and we can't understand how anyone could give him up, but we're very glad he made his way to us," one of Spike's owners said.

Spike has always slept upstairs in his human's bed, which makes the fact that he can no longer get there even sadder. "He has always slept on the bed upstairs, so when the stairs became too dangerous for him, it was an immediate transition to sleeping downstairs," Spike's owner explained.

"He is very much an old man now, especially after his second stroke, so spends most of his time snoozing in the day and cuddling up with his people as much as possible," Spike's owner said. 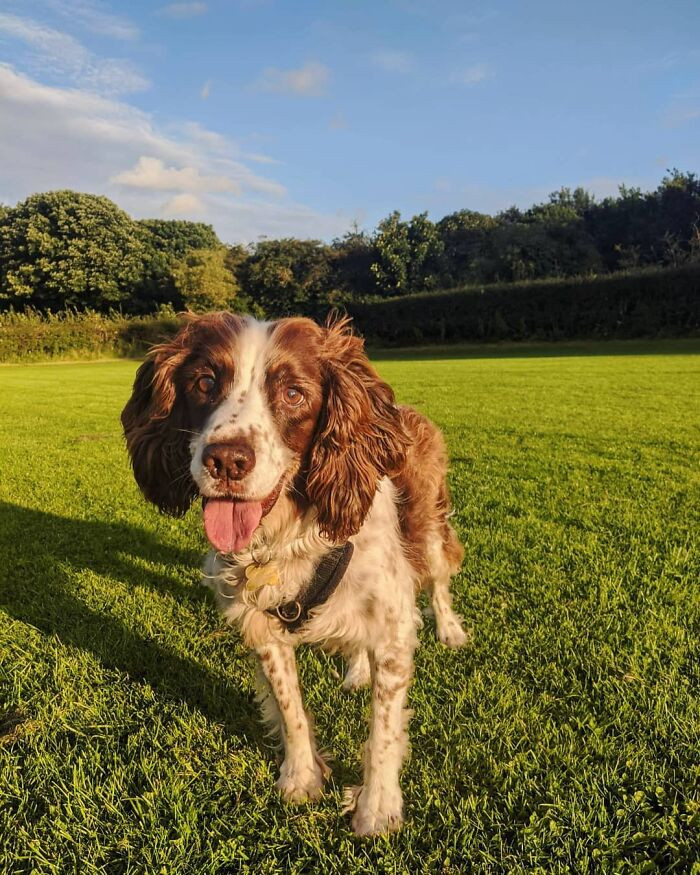 "He's a very cheeky chappy too and thinks everything we have is for sharing - personal space, beds, food, and any drink that foolishly gets left on the floor from tea to wine - we have to keep a very close eye on him!" 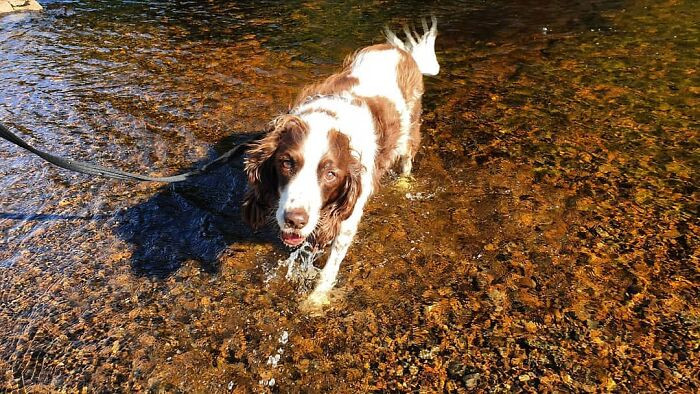 After Spike's second stroke, he was unable to walk at all. So, his loving family would have to carry him wherever he needed to go.

Spike has since regained his ability to walk but is still not strong enough to climb stairs. So, to ensure Spike doesn't injure himself (and to make him happy), the family has installed a stair gate, and every night they take it in turns sleeping on the couch next to their boy downstairs.

"We know when he has got tired of watching TV when he gets up and goes to the other room to see if his bed has been put down for him! He takes himself off to bed when he's had enough and gets comfy cozy," Spike's owner said. 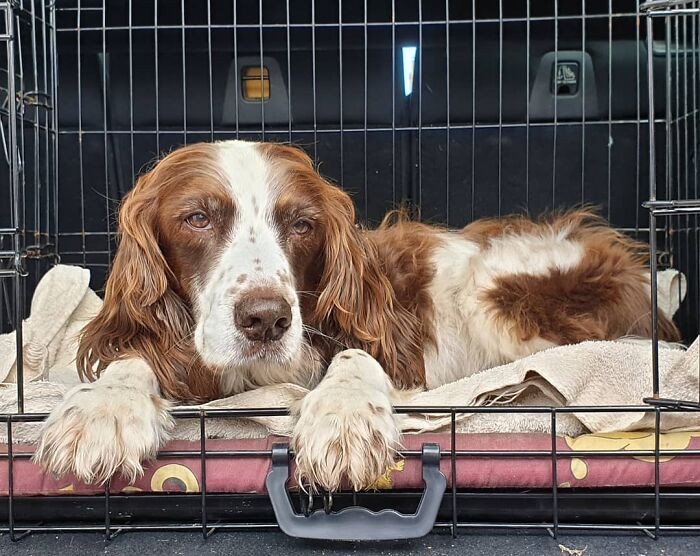 "He always makes a big fuss when whoever is sleeping downstairs gets in and grumbles at having to share the space. But once you're in, he snuggles up and especially loves to cuddle in the morning with his head on the pillow." 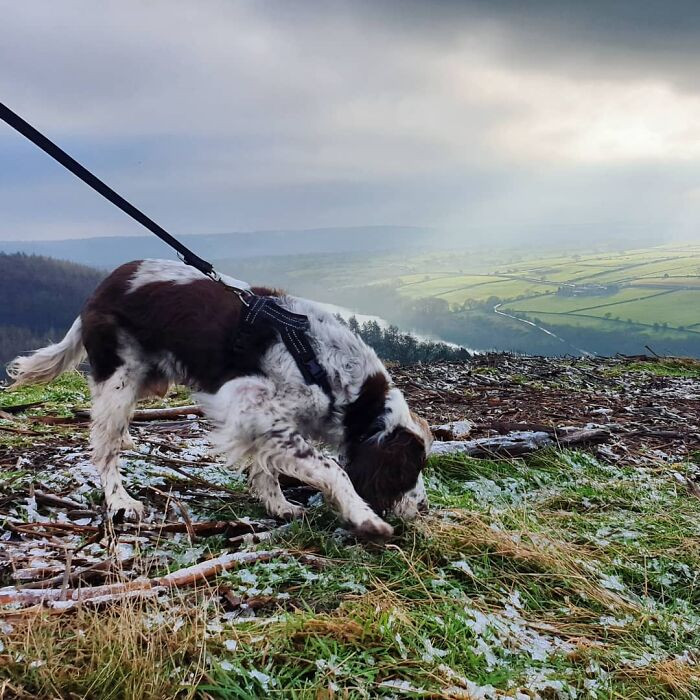 Spike has an especially lovely relationship with his dad.

"They're absolutely inseparable. My dad calls him 'old bean,' and they're always chatting away," the owner said.

"My dad will also bring Spike his water and food to the sofa and feed him by hand to make sure he gets his medicines and keeps his strength up." It sounds like Spike is a very lucky boy! 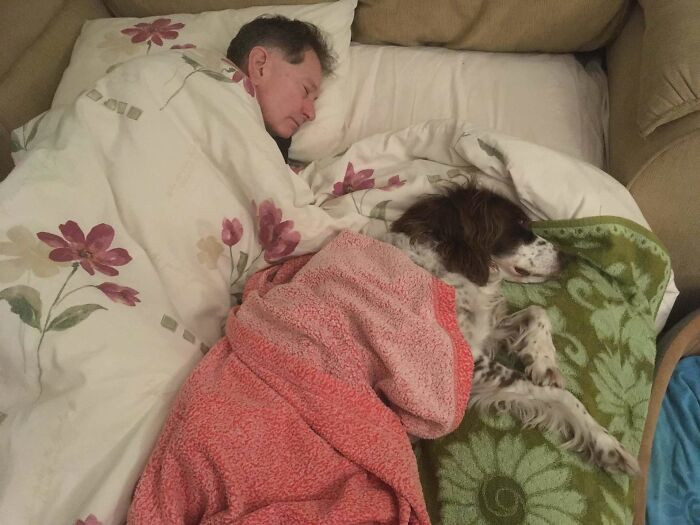 One thing is for sure - Spike's family love him very much! They would do anything for their special boy, just as any pet owner should. 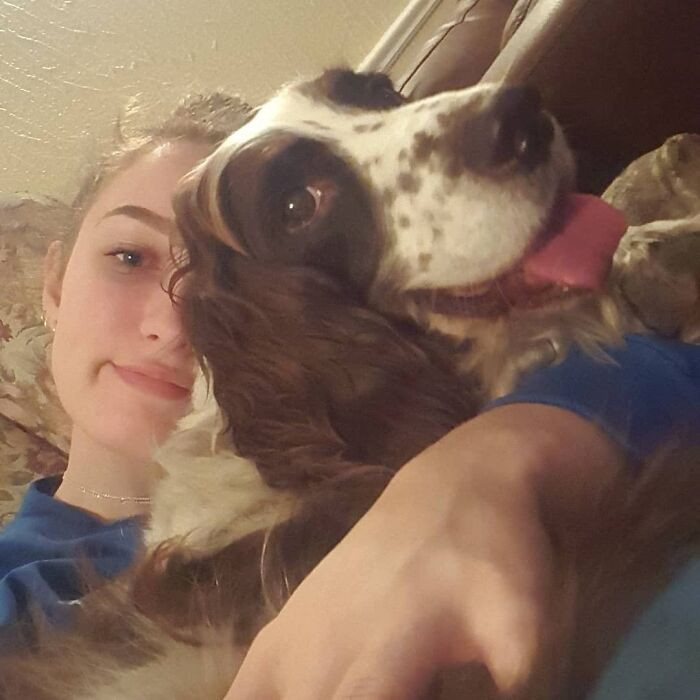 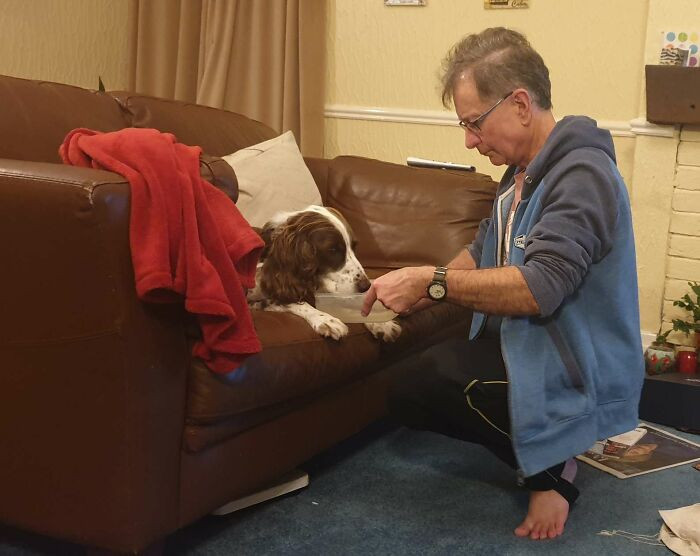 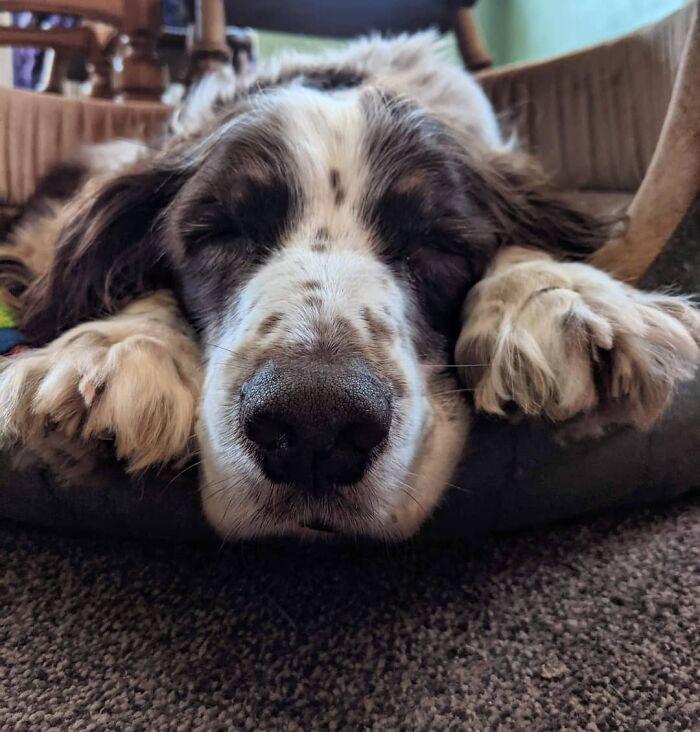 "We love our old boy so much and are so glad to have him in our lives," the owner said. 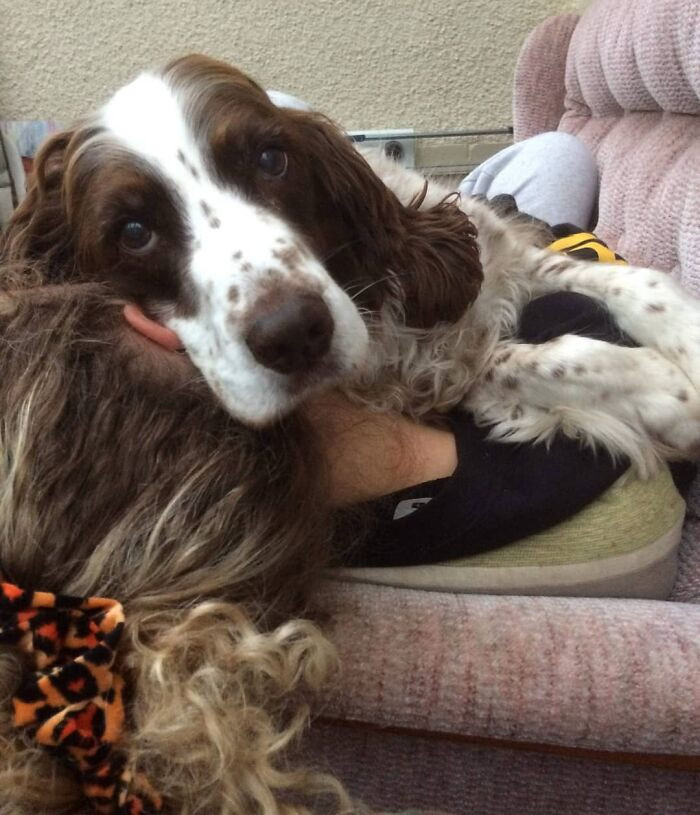 "Hopefully, we have made up for his not-so-good start in life by providing all the love in the world." 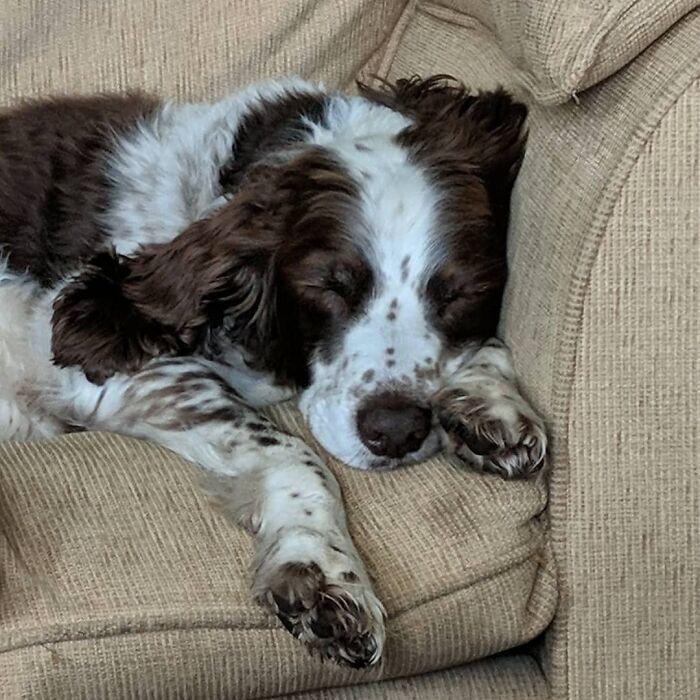