This Entrepreneur Is Perplexed As To Why People Have Refused To Work For Him, Receives A Ruthless Answer That He Never Expected

Being a boss is not an easy job. The role places a lot of responsibility on those who take it, but that's just a small portion of the things that a manager needs to think about day in and day out.

One thing that you have to carefully manage as a leader is morale. It has been proven time and again that employees who are happy at work, who enjoy what they do and where they do it, will be much more productive than those who don't.

So managers spend a lot of time thinking about how to properly motivate their employees so that success can be achieved for everyone involved. But sometimes that's easier said than done, while other times business owners are oblivious to the fact that their company is just a bad place to work.

A modern-day media and communications organization, VaynerX, is headed by Gary Vaynerchuk, who is also the chairman and active CEO of VaynerMedia, a full-service advertising agency that works with Fortune 100 companies and affluent individuals. Then, of course, he understands the ins and outs of business management.

One of his speaking sessions recently went viral, thanks to an interesting scene that was shot during the event. Someone in the audience in a bid to seek advice from Vaynerchuk revealed that he has been failing to motivate and engage his employees.

The man, who appears to be lost and despairing, then inquires as to whether or not he is to blame for the situation. To put it simply, Vaynerchuk's answer to the question of why he (and many other business owners) can't inspire and motivate their employees is brutally honest but rational and understandable.

Vaynerchuk reveals what every business owner should know. 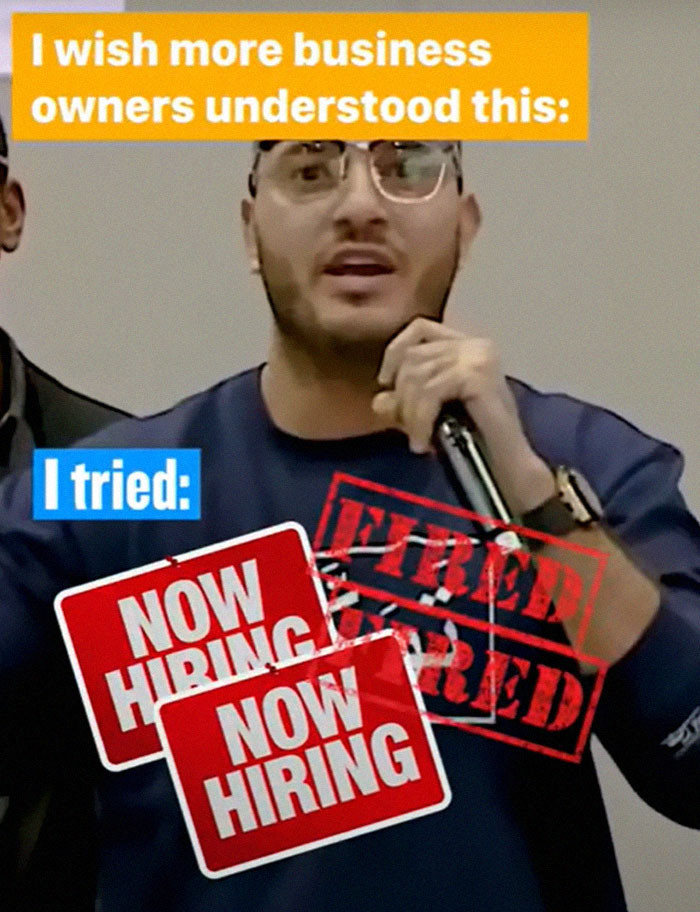 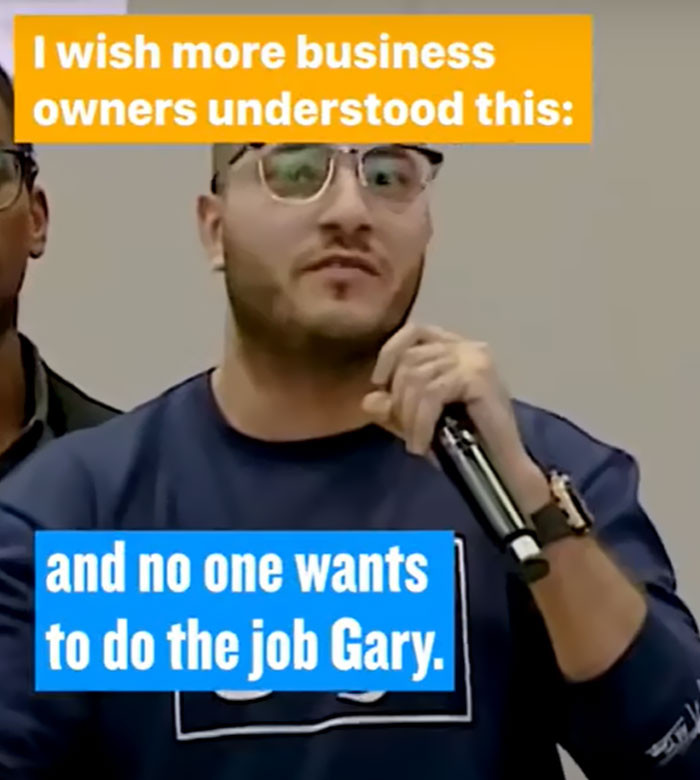 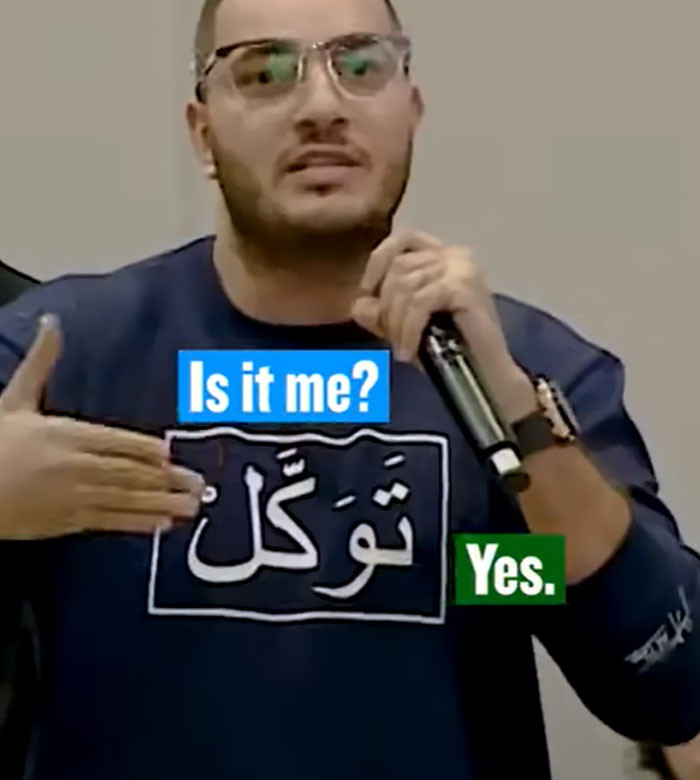 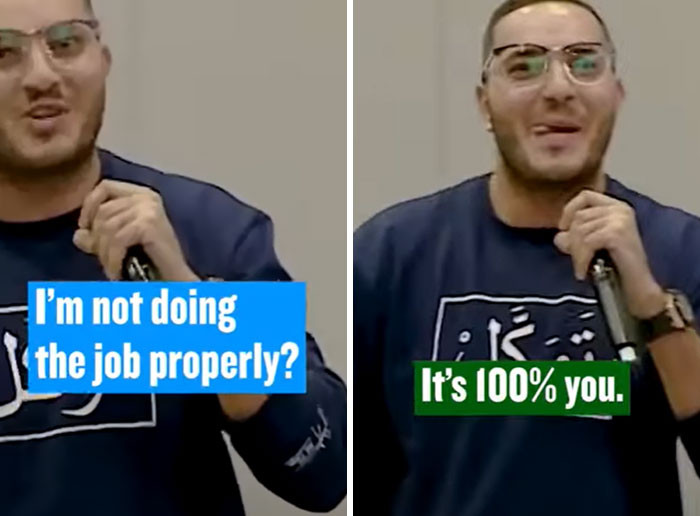 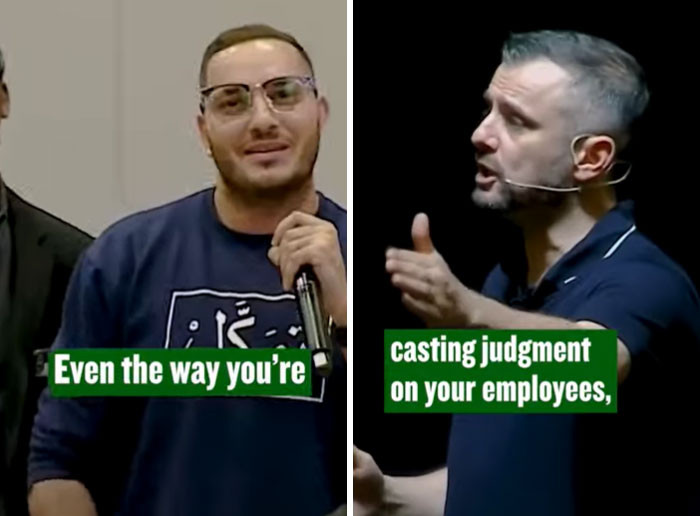 From what the man in the audience revealed, Vaynerchuk told him bluntly that he isn't a good leader. 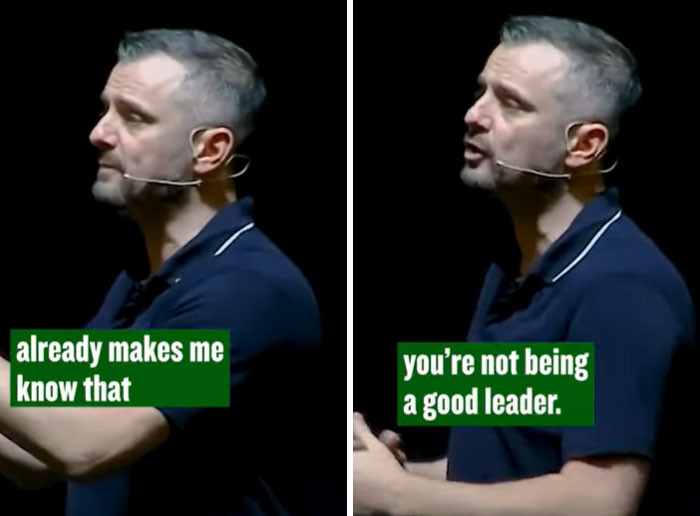 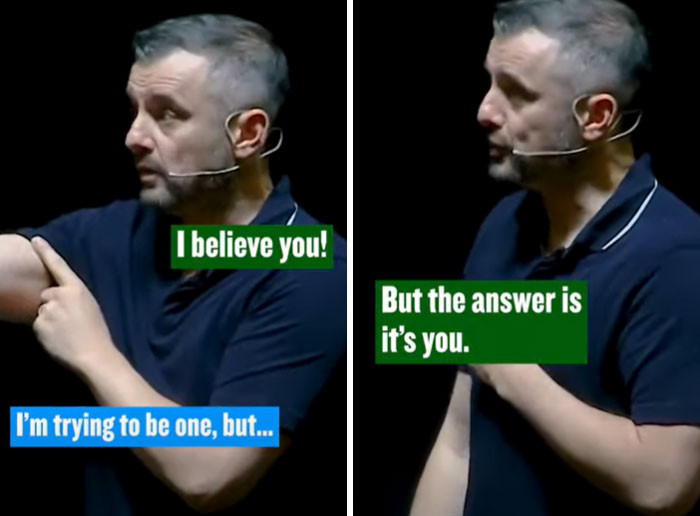 Vaynerchuk advised on how to manage expectations. 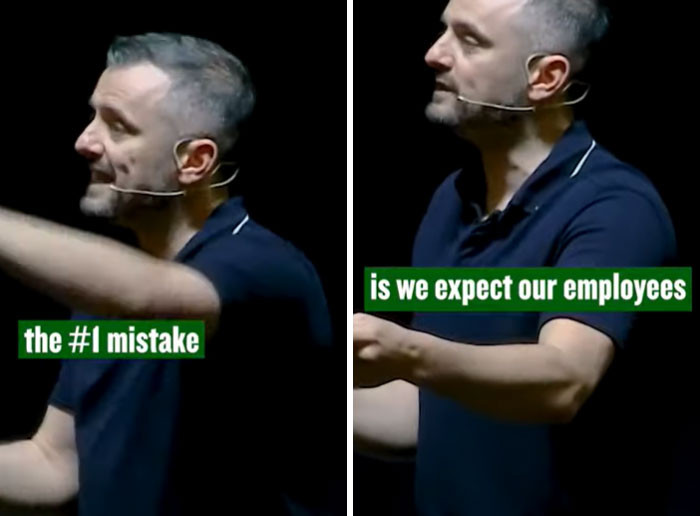 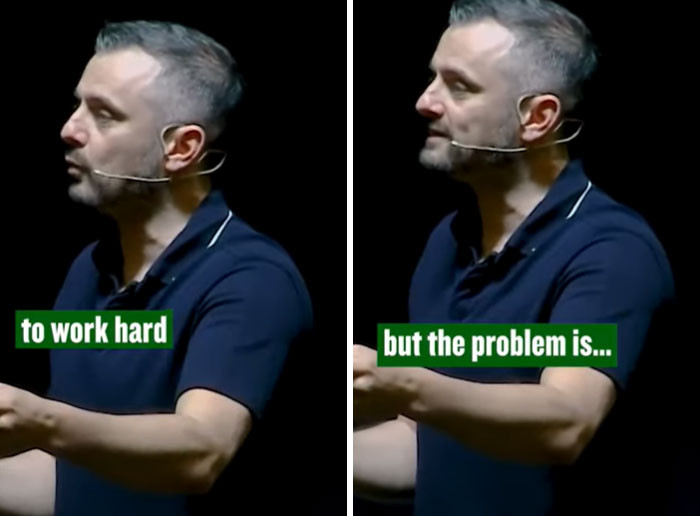 "...you can't ask an employee to work as hard as you [the owner] or create a fake expectation, vs. how much you compensate them" 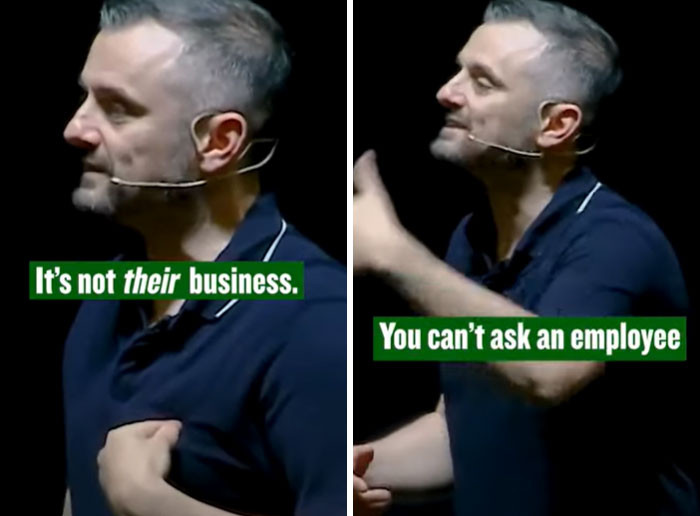 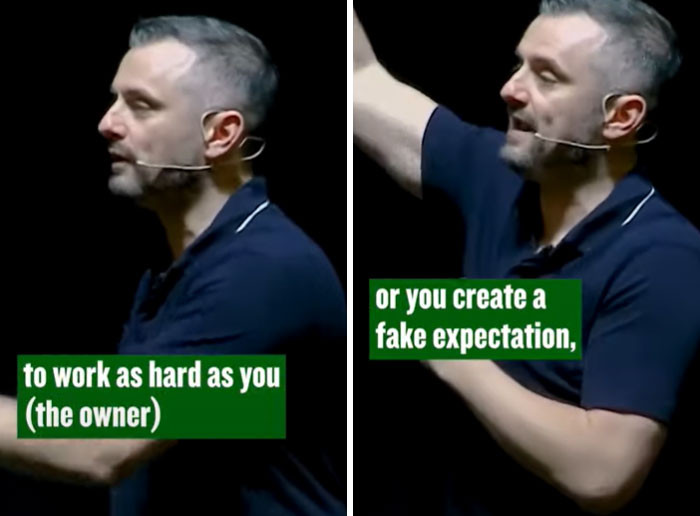 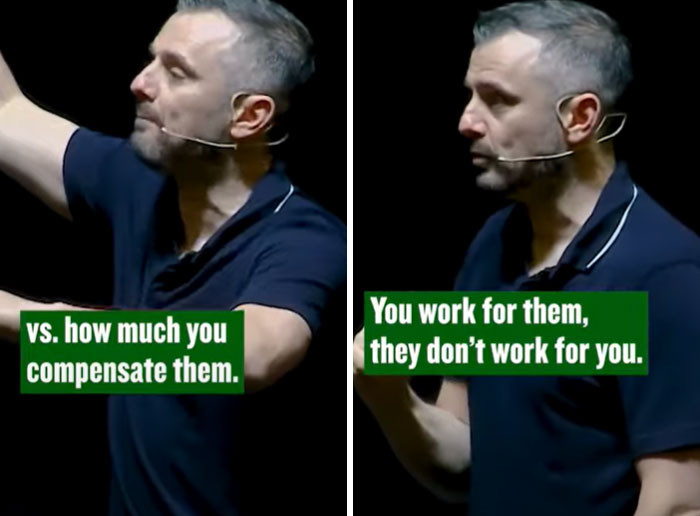 Vaynerchuk revealed that the major reason why a lot of business owners can't build scalable businesses is because, "...they have selfish expectations of their employees." 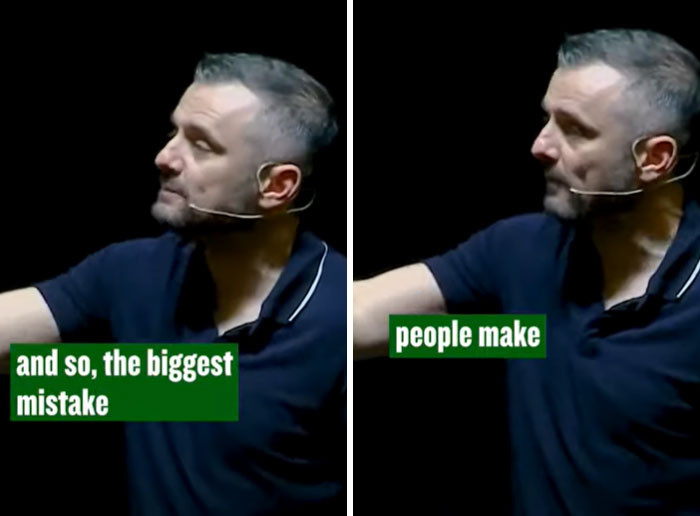 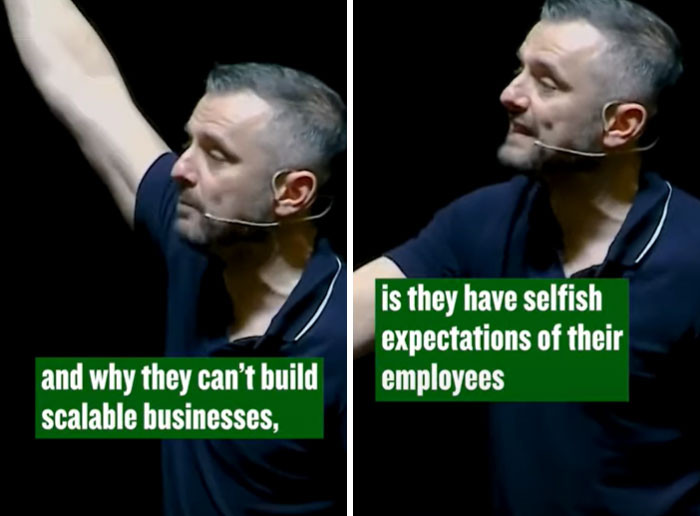 Get a glimpse of the scene below.

There's a good chance that many more business owners are beginning to recognize what the man in the video has learned. As previously documented in our post, "The Great Resignation", approximately 4.3 million Americans quit their positions in just August alone.

It's not only a U.S. problem either; laborers are scarce in many countries throughout the world. A lack of manpower or raw materials is compounding supply chain disruptions around the world and making it difficult for major businesses to get back on track.

The result is a disruption of local and global production and supply networks, resulting in a slowdown in economic growth as well as a shortage of goods and services for customers.  In a recent study conducted by Robert Half, 38% of professionals interviewed believe that their career has stagnated since the pandemic began. For workers between the ages of 18 to 24, that figure rises to 66%.

Around half of that 38% reported experiencing stagnation in terms of pay growth, job promotion, and skill development. For those workers who have had their sentiments about their employment affected by the pandemic, researchers found that one in three of them wish to change jobs and pursue something more fulfilling.

It's going to take more than free snacks for employers to keep their workers happy.

Reactions started pouring in after the video went viral. Here's what some folks had to say about the conversation.

"Employees are an investment, not a commodity."

Sometimes the job is not the problem, it's bad management.

If you are a business owner that doesn't get why people don't want to work for your company, this is the perfect answer. Sometimes it just comes down to how much an individual feels like there will be growth opportunities with your company.

When it comes to hiring, you want to understand what motivates your potential employees. If you can show them how their needs will be met by joining your team, then there is a much better chance they will say yes!

People have different motivations when it comes to choosing where they'll spend their working hours each day, which means employers need to understand these differences in order to create a culture that attracts top talent who can help grow the company into something even more successful than ever before!