Anyone who has personal experience with child support will know that it's a complicated system. Some parents refuse to pay their share, and, as a result, there are high emotions, conflicts, and innocent children placed in the middle of a parental tug of war.

One Redditor with the username u/PsycheKaos recently shared her child support story to the AITA (Am I The A**Hole?) subreddit. The mother said that her ex-husband owed her $20K in child support for their 11-year-old daughter.

The OP explained that her ex also has an 18-year-old daughter from a previous relationship. His other daughter's mother had asked him for some extra money for something specific for their daughter.

But, when the father deposited more than the ordered amount, it automatically defaulted to his 11-year-old daughter. Of course, this didn't go unnoticed by the OP's ex, and he now wants the money back.

But with $20K worth of child support already in arrears, surely no one could blame the OP for throwing her hands up and saying, "too bad, so sad." Well, that's precisely what the Reddit user wants to know.

She asked the Reddit community if she was the a**hole for refusing to return the money. And, as always, people had a lot to say!

The Redditor shared her child support story to the AITA subreddit.

The OP explained that her ex also has an 18-year-old daughter from a previous relationship. So, when the father deposited more than the ordered amount for his older daughter, it automatically defaulted to his 11-year-old daughter. And, of course, he now wants the money back. 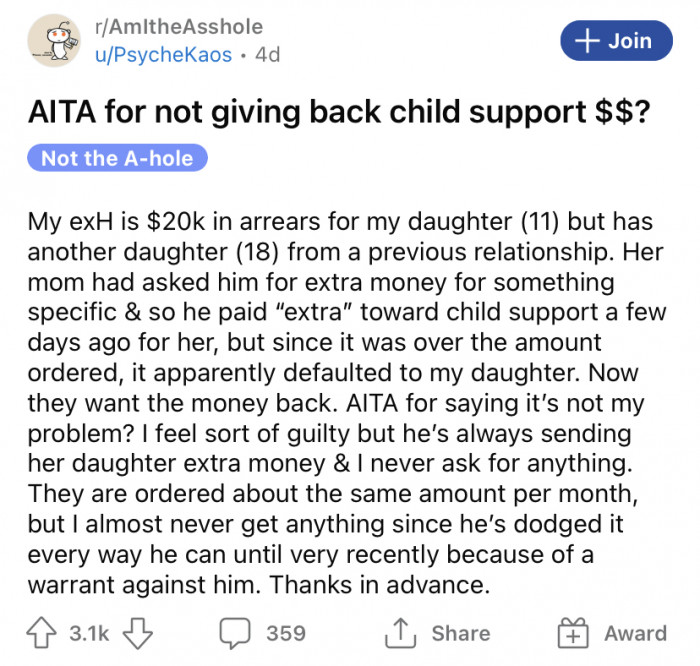 NTA! "He actually doesn't have any 'extra' right now." 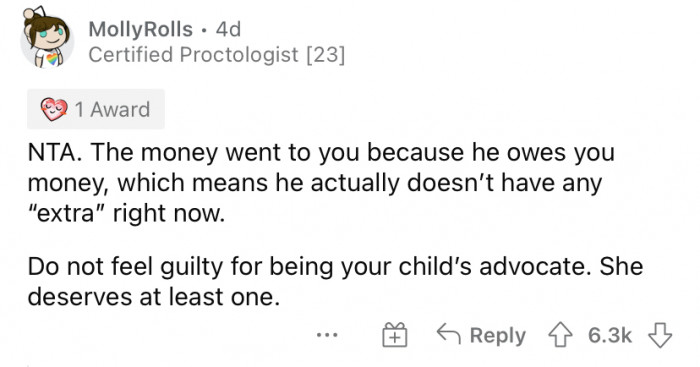 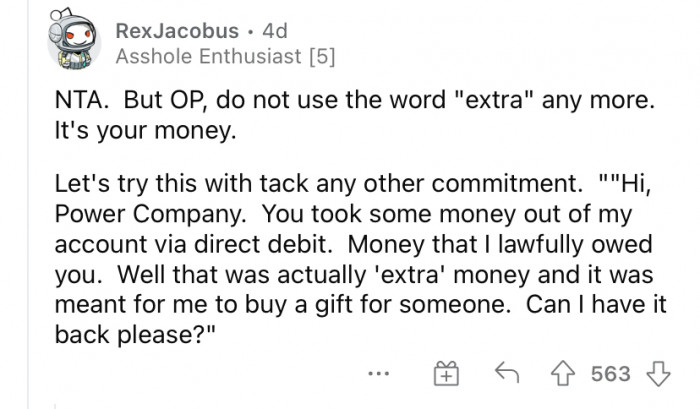 It's up to the child support agency. 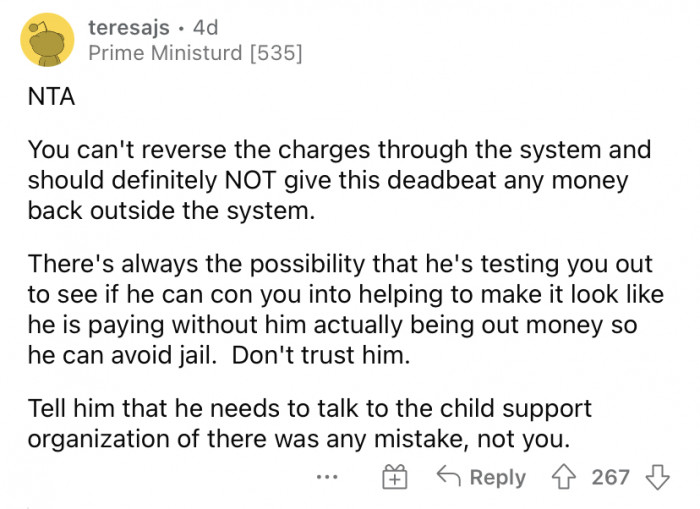 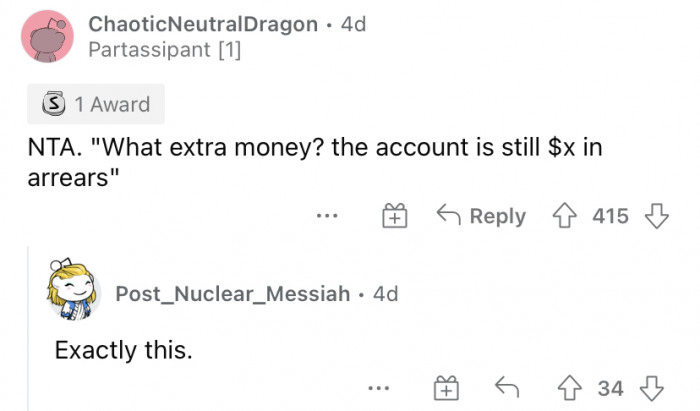 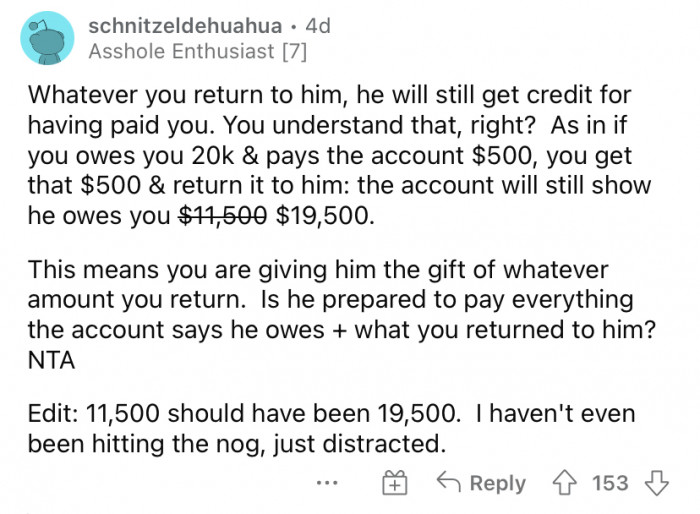 "He's not prepared to pay what he's being ordered to pay now." 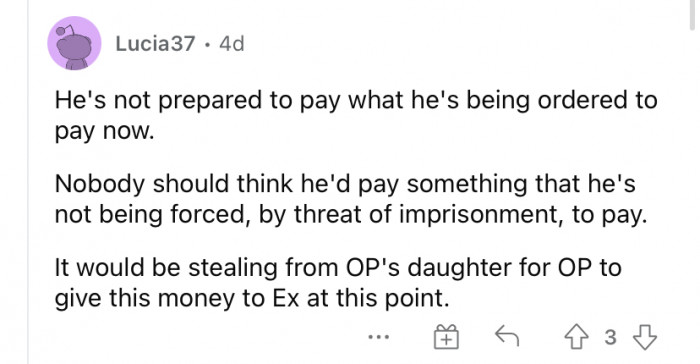 He can't pay for his 11-year-old, but can pay "extra" for his adult daughter? 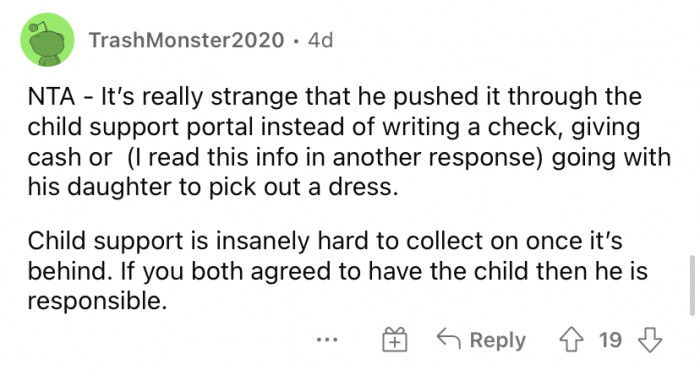 "That's what happens when you don't take care of your children."

Let him argue with the courts! 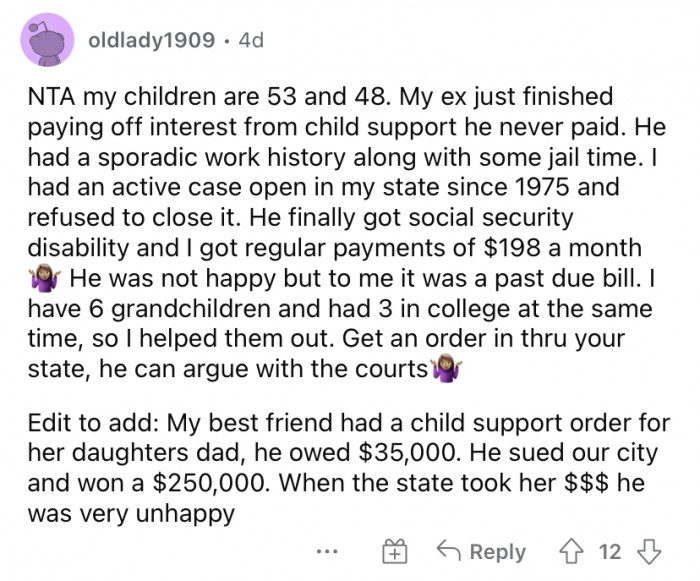 "Why does he owe you so much but not his other kid?"

"Keep the money for your daughter."

"The courts sent it to you for your daughter."

"He doesn't have extra money to give."

"It is his daughter and he owes the money."

The truth is, dodging child support is a severe matter. When parents who owe large amounts of money refuse to pay up, it can potentially push families into poverty, or worse.

Not to mention the emotional and physical effects on the children involved. To find out as a child that a parent isn't willing to contribute to your basic living expenses must be crushing.

Seriously, whatever happened to taking responsibility for your own actions? If you create a child, take care of it - it's pretty simple, really.

What's your opinion on our OP's child support predicament? We would love to hear your thoughts in the comment section.