The 2020 US election is a race primarily between current president Donald Trump and former vice president Joe Biden. To say the race has been tumultuous and weird would be an understatement.

Last year Trump called Biden creepy and his predominantly right-wing followers took it and ran. What was once a fringe group of conspiracy theorists calling him "Creepy Joe," has made it's way to journalists like John Cardillo.

John Cardillo is the right-wing TV host of "America Talks Live." Recently, Cardilllo shared a photo of Joe Biden embracing his adult son, Hunter and asked the Twitter universe if it looked like an appropriate father/son relationship.

The rest of us, who are normal, went "WTF?" Liz Plank, another journalist and the author of ‘For the Love of Men: From Toxic to a More Mindful Representation,’ decided to use this as an opportunity to invite us normal families to show Cardillo just how normal it is for fathers to love their sons.

Being a loving father doesn't have an end date. 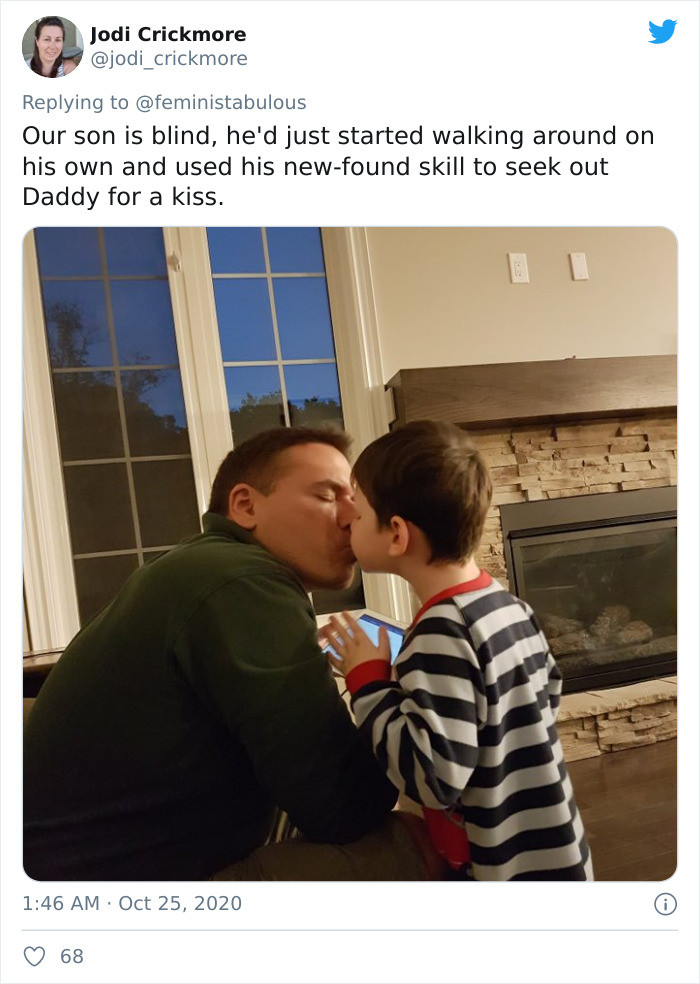 How many sons out there wish they had a photo like this with their dads? Many. 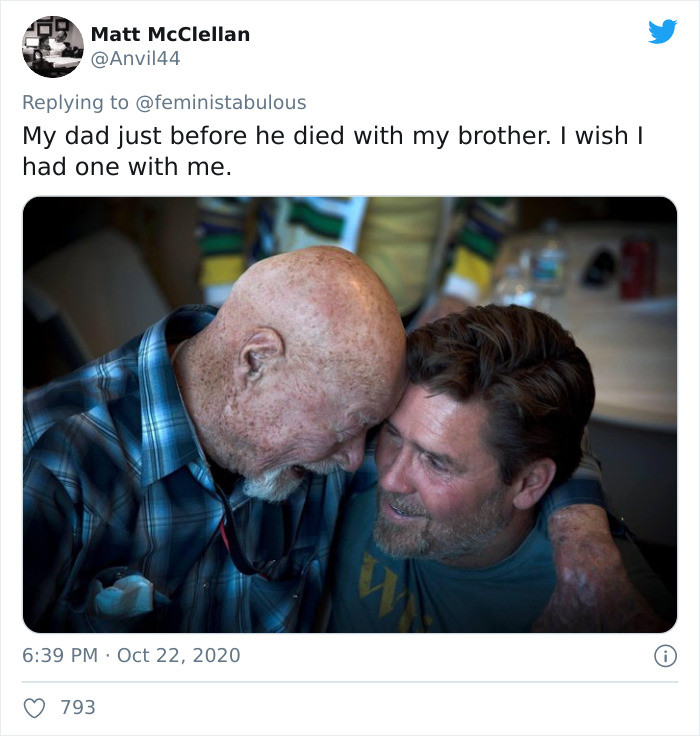 It's hard not to want to be sarcastic about the idea that there is anything inappropriate about dads and their sons hugging or sharing a kiss. 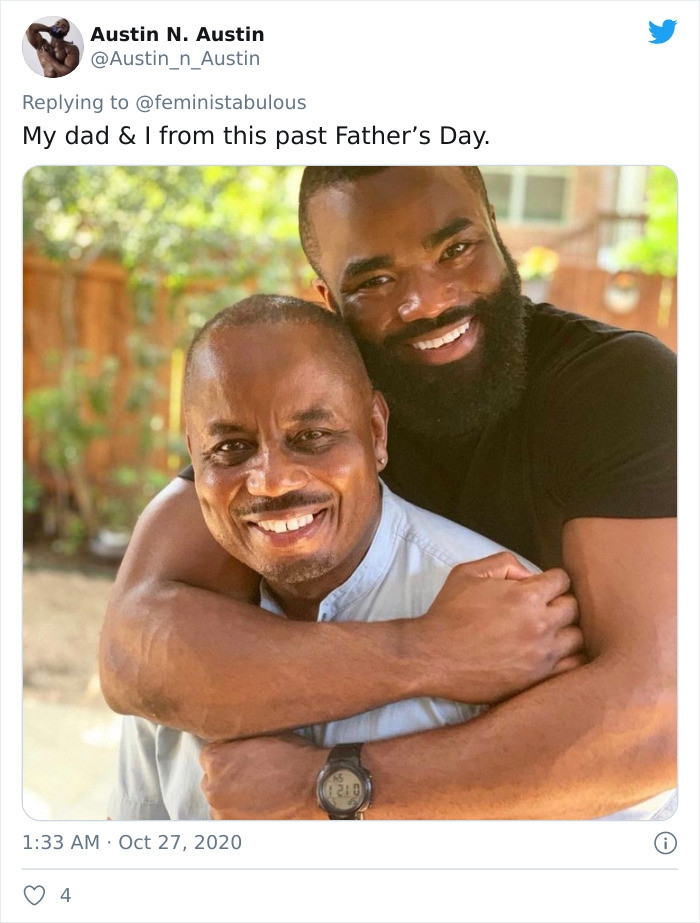 Toxic Masculinity is a cultural concept of manliness that glorifies stoicism, strength, virility, and dominance, and that is socially maladaptive or harmful to mental health 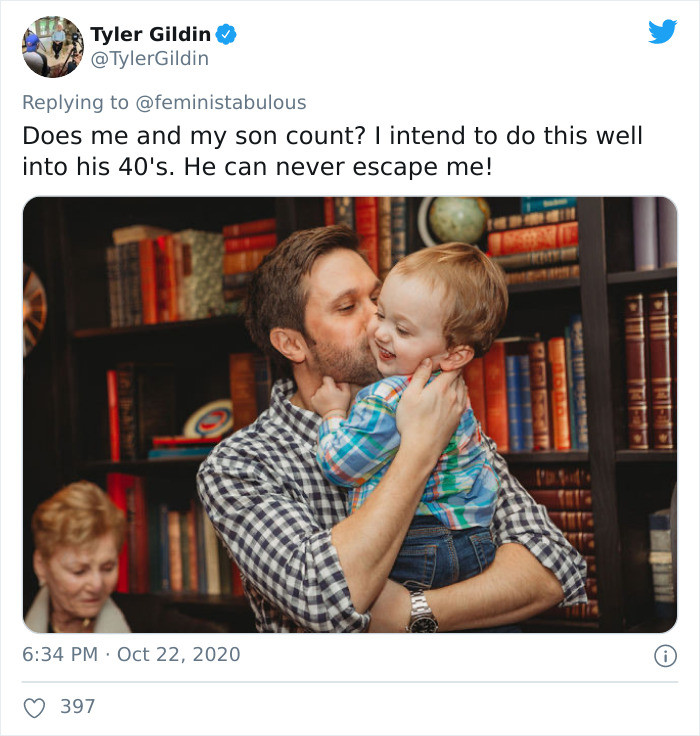 Tom Nichols, the senior adviser to The Lincoln Project, wrote about the moving photo on USA Today:

“Even strangers to these men would know what it means. All of us, after all, were once children. In this case, to know the circumstances in which it was taken is to know that it is a picture full of pain, love, forgiveness, and acceptance, and to look at it for even more than a moment is to experience at least some of those emotions, especially in the memory of our own parents or children." 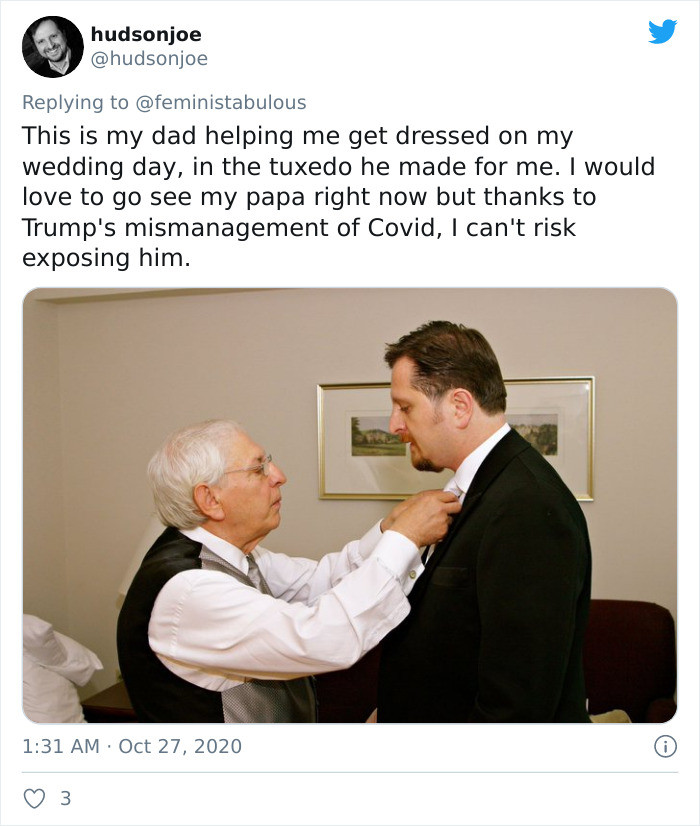 Critics of the term "toxic masculinity" argue that its meaning incorrectly implies gender-related issues are caused by inherent male traits. 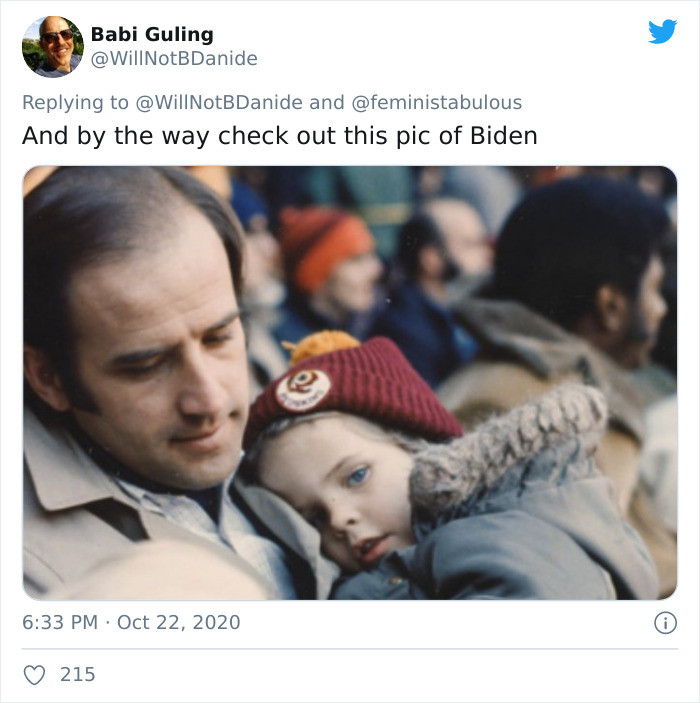 However, other traditionally masculine traits such as devotion to work, pride in excelling at sports, and providing for one's family, are not considered to be 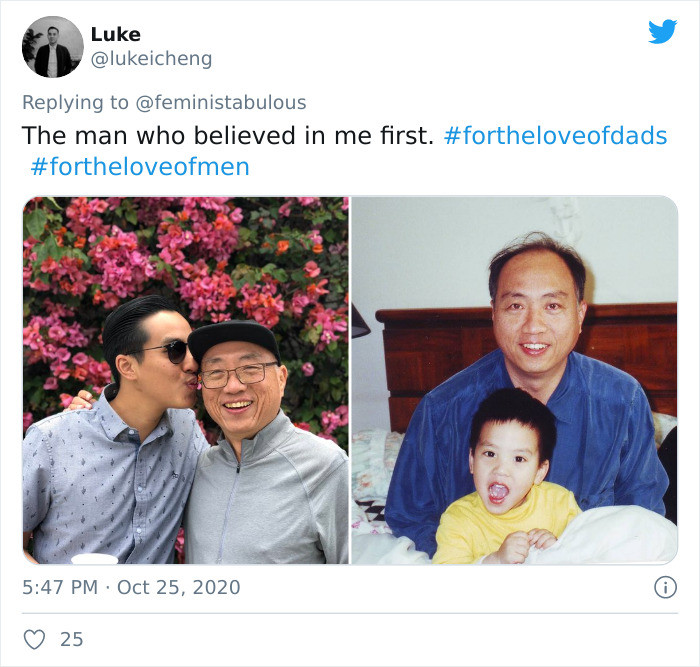 Considering those notes, Cardillo's commentary comes off pretty toxic, and the clapback from the Twitter universe is incredibly wholesome. 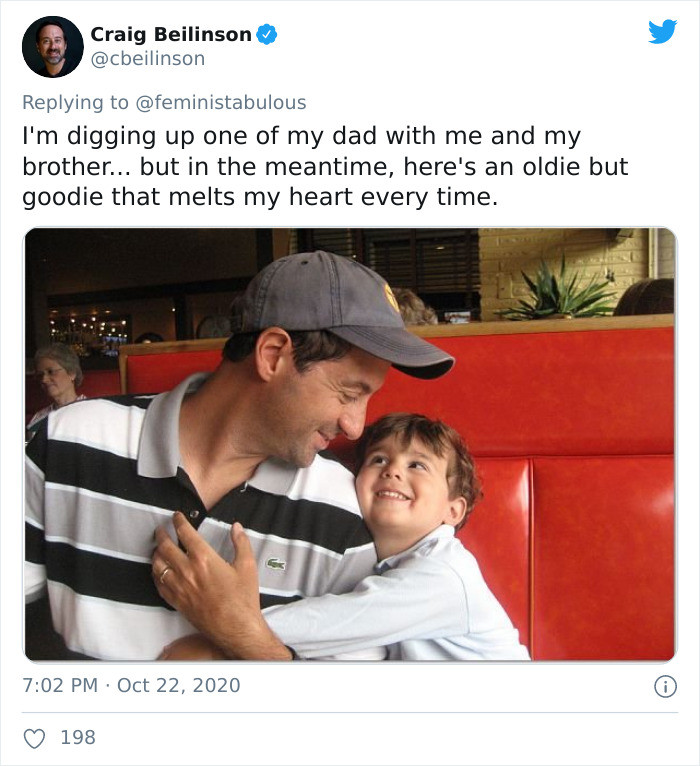 Nichols reflected on Cardillo's response to the Biden family photo on USA Today:

"This was a sign, yet again, of the strange and corroded sense of masculinity that torments some of Trump’s most ardent male supporters. More accurately, it is a child’s view of masculinity. Come on, Dad, quit it, guys don’t kiss. This is the insecurity of the boys who did not learn that to accept a father’s embrace is part of becoming a man." 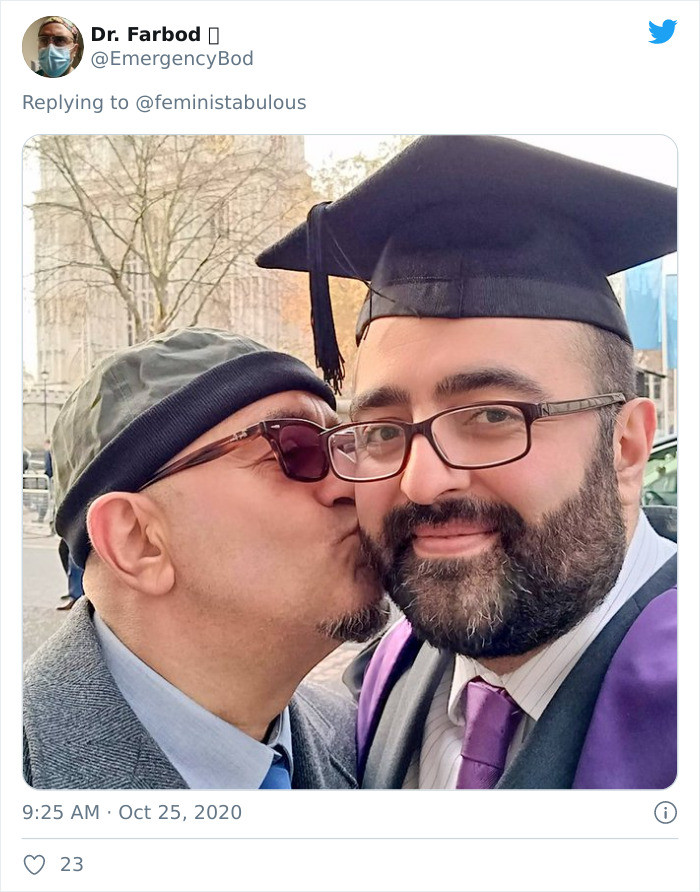 Nichols added, "these are people who wonder whether it is “appropriate” for a father to show affection to his adult son while finding nothing psychically troubling about Trump’s parenting..." 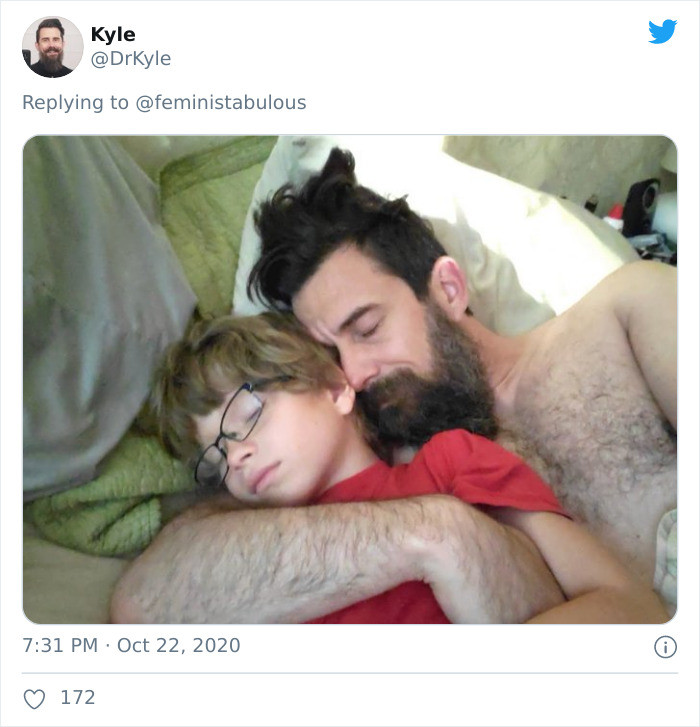 Since his emergence into the 2016 Presidential race, Trump has been heavily criticized for some of the things he has said about his daughter, Ivanka, and for photos of him with his daughter. 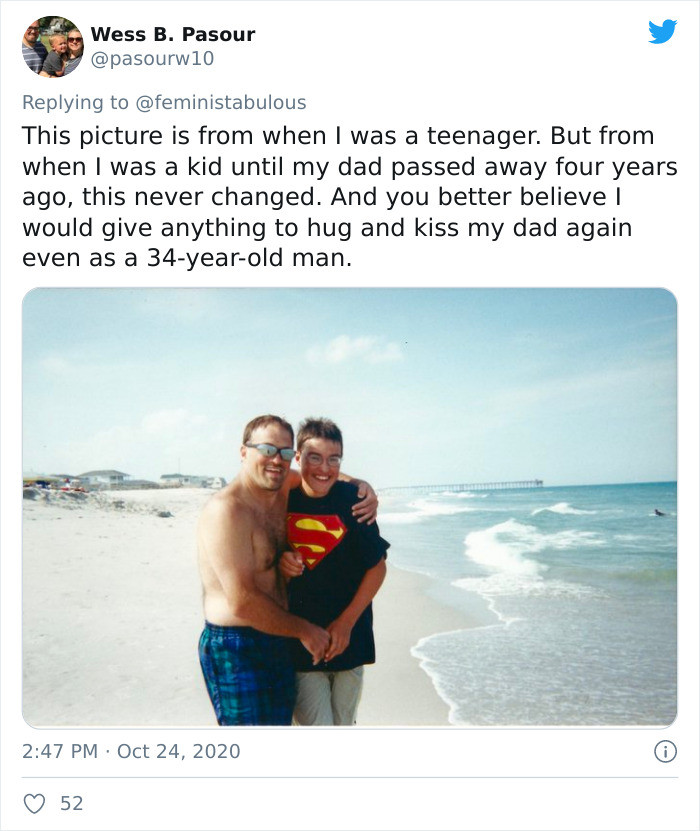 Nichols scoffed, "they deride a man like Biden who had to raise two boys after losing his wife and baby in a car accident, and instead aspire to be the leering, perpetual adolescent now on his third trophy wife." 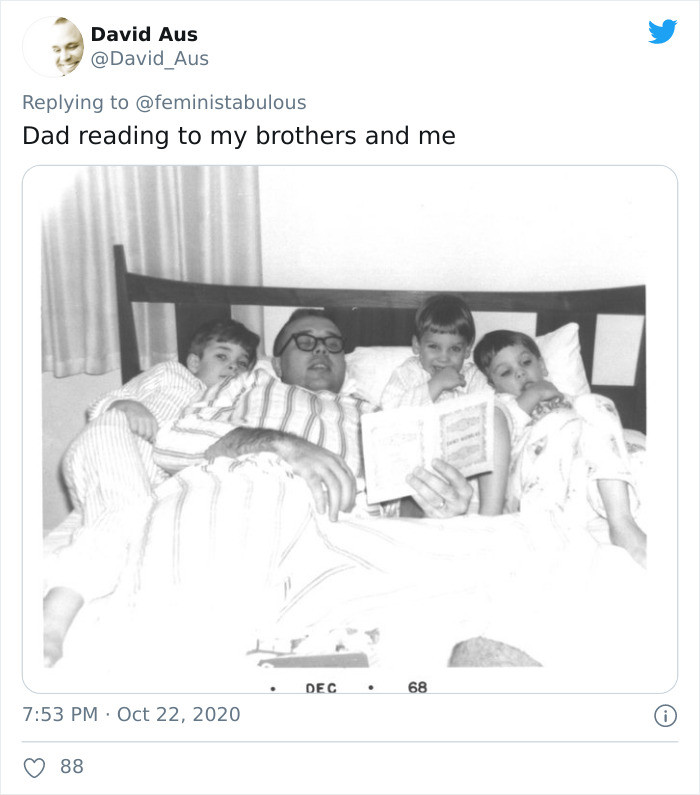 In her book, Liz Plank says:

“The biggest lie is that the fight to address male suffering is separate or at adds with the battle to liberate women. We all experience gender. We are all limited by oppressive gender stereotypes.” 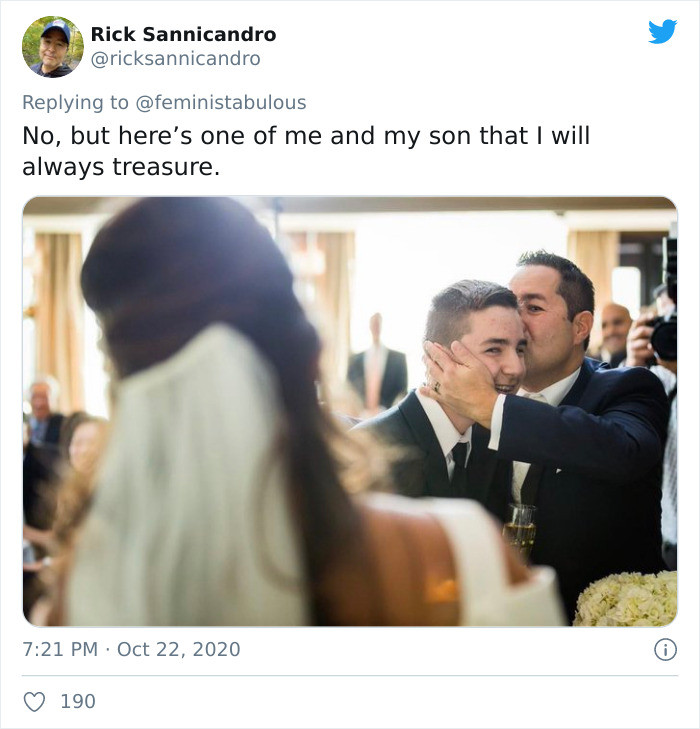 Another great quote from Liz Plank:

“There is no greater threat to humankind than our current definitions of masculinity.” 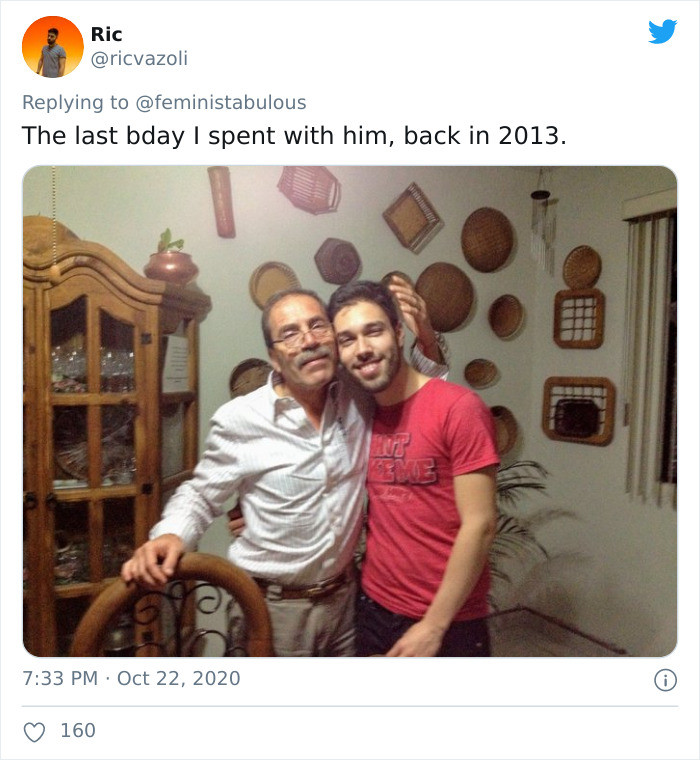 Cardillo may have thought he was fanning the flames to an already bizarre fire, but as the responses rolled in, a different picture was painted. 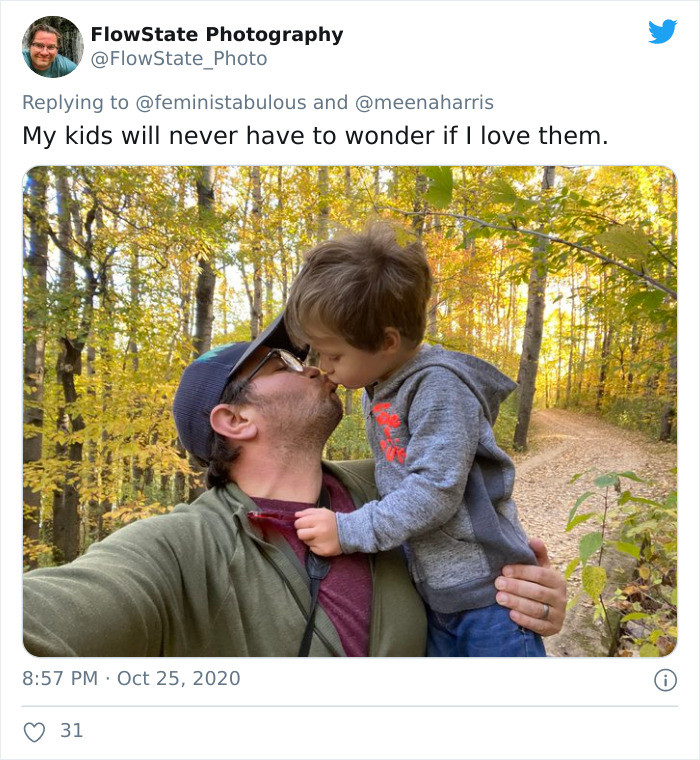 In fact, it's clear that the efforts of feminists and activists is working wonders on dismantling toxic masculinity. 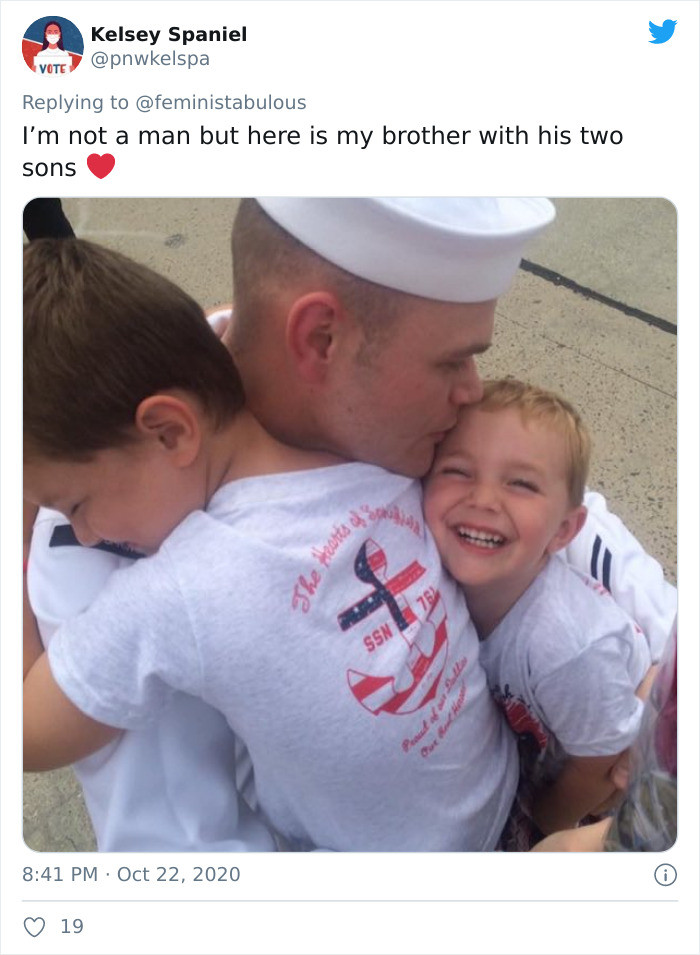 Dads and sons of all ages and social demographics responded to the idea that something is "off" about a father/son embrace. 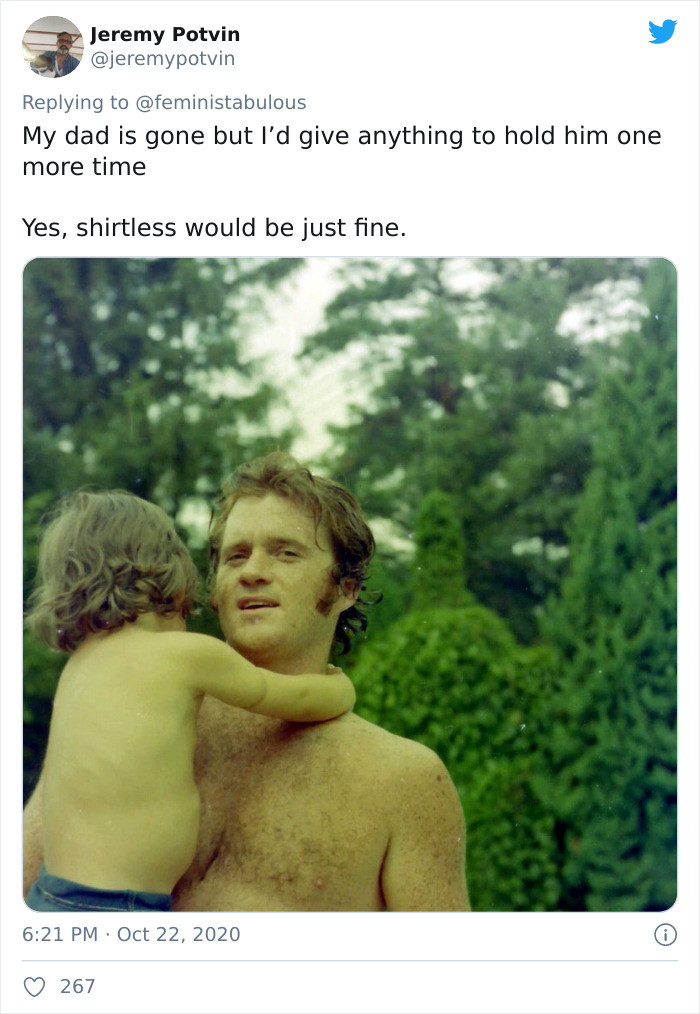 That solidarity and a feed filled with touching photos help dismantle a mindset that helps no one. 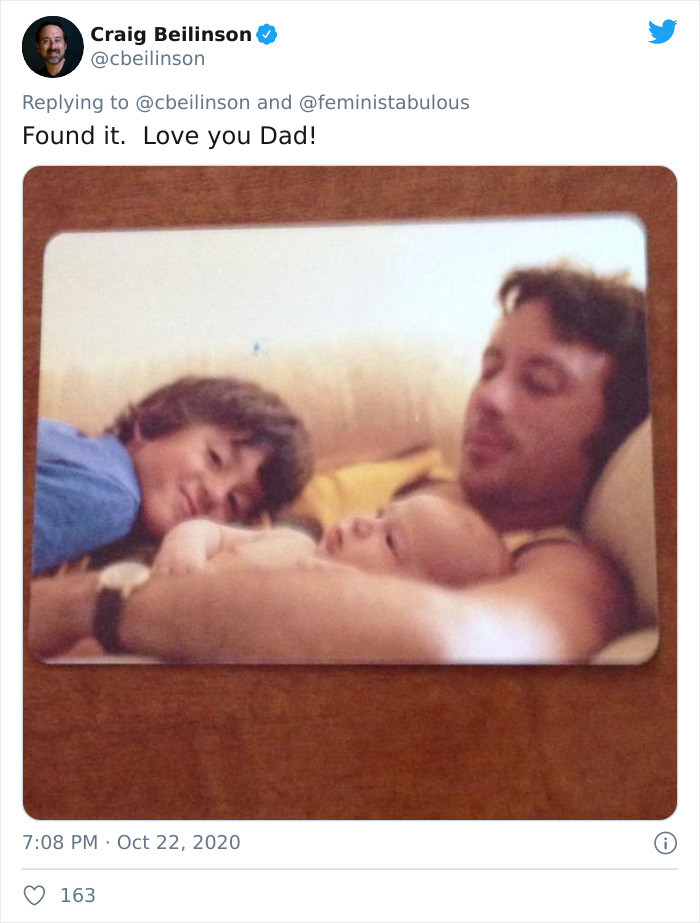 In fact, some research suggests the consequeces of perpetuating toxic masculinity include increased psychological problems in men such as depression, increased stress, and substance abuse.

Nichols says men like Cardillo, "are to be pitied." 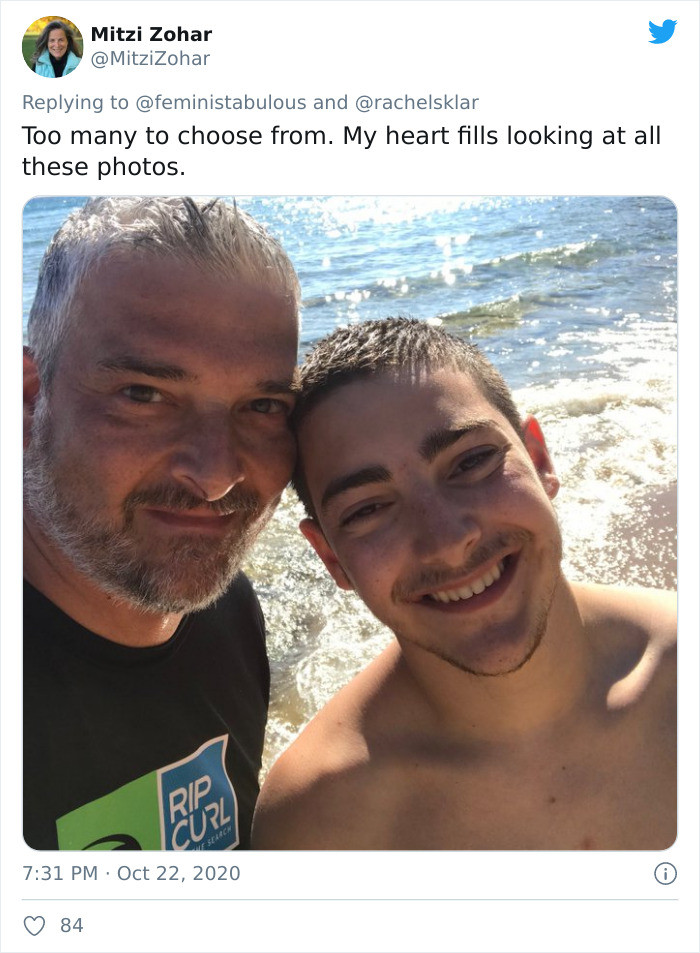 Nichols also says that real men know an, "embrace, full of forgiveness and understanding, is among the greatest gifts a father and son can give each other. " 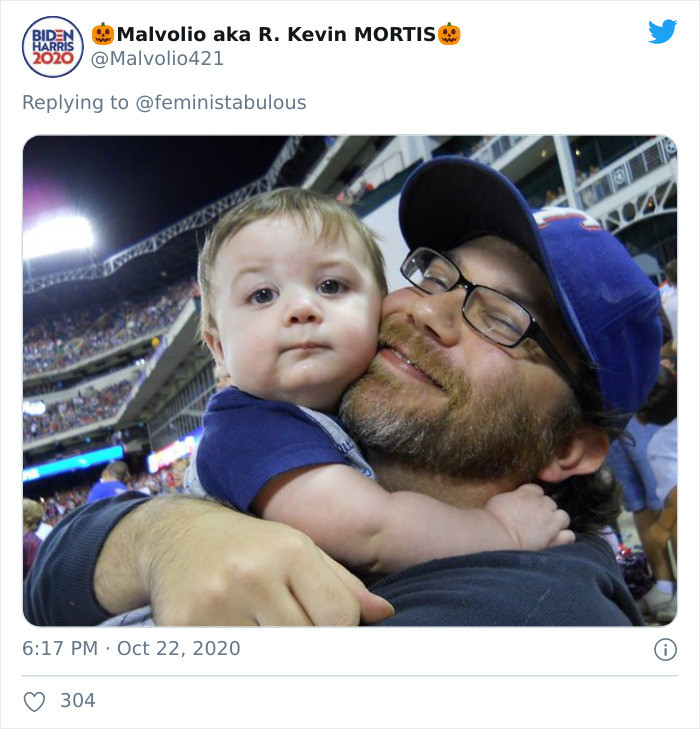 “Ivanka posing for Playboy would be really disappointing… not really. But it would depend on what was inside the magazine…I don’t think Ivanka would [do a nude shoot] inside the magazine, Although she does have a very nice figure. I’ve said that if Ivanka weren’t my daughter, perhaps I’d be dating her.” 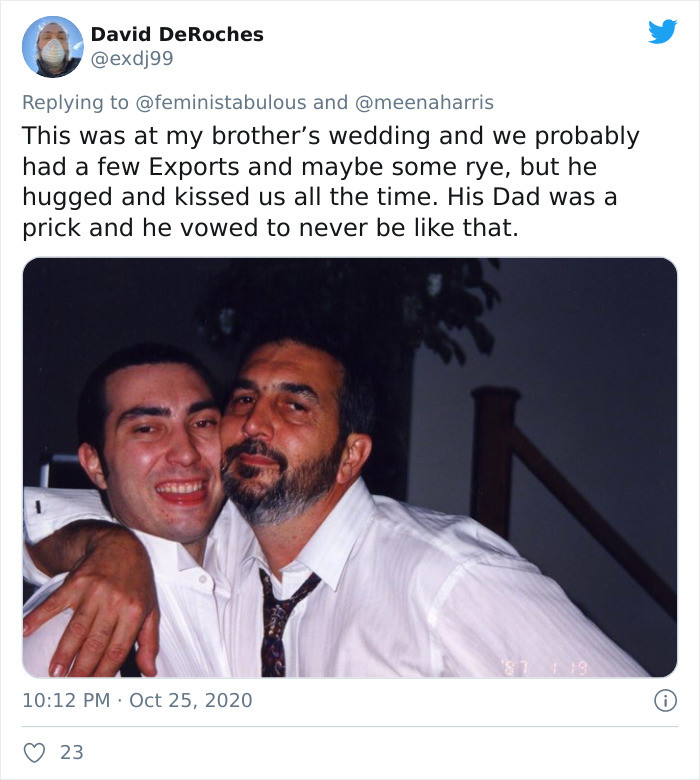 What a bizarre world we live in where Joe Biden can't give his son a kiss without scrunity from the same people who think Trump didn't mean what he said. 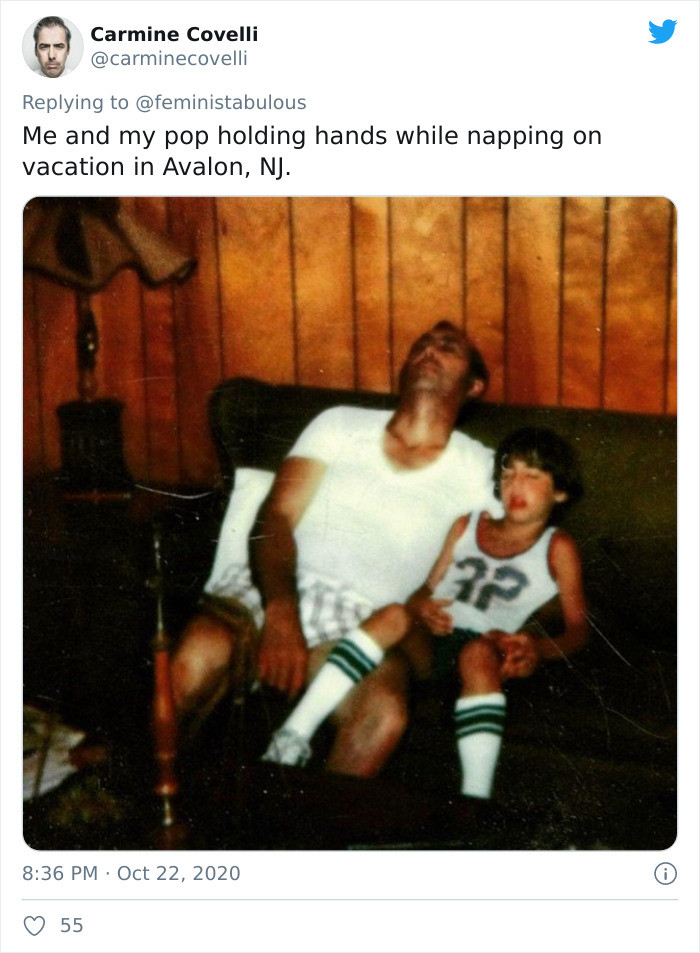 But again, the strong response of father/son love is motivating and inspiring. 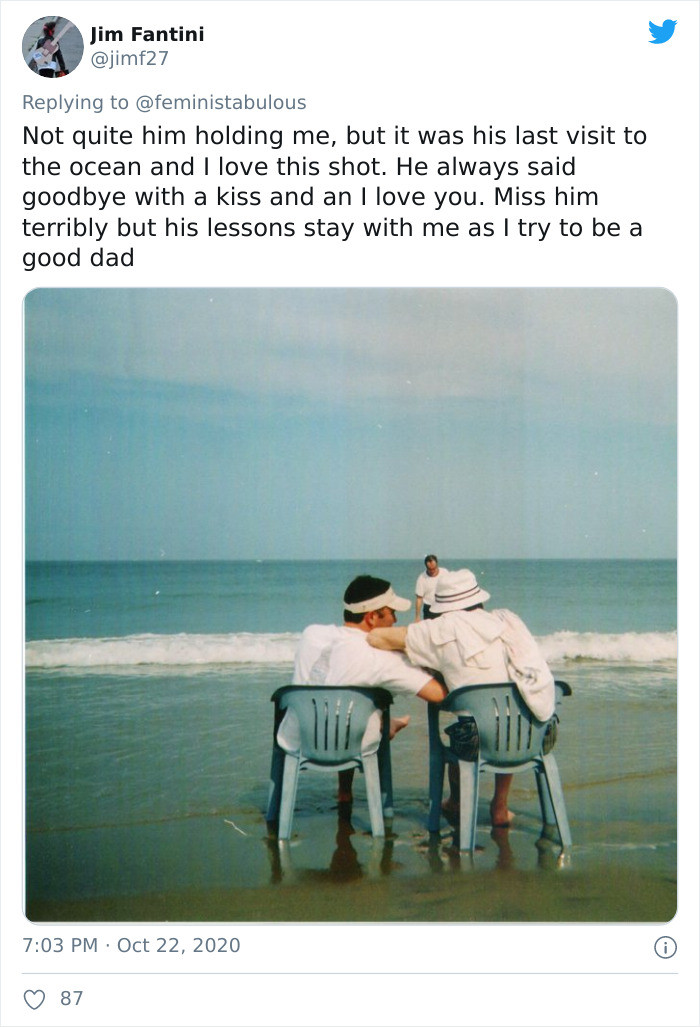 Countless touching photos that dismantle toxic masculunity is a sight to behold and cherish. 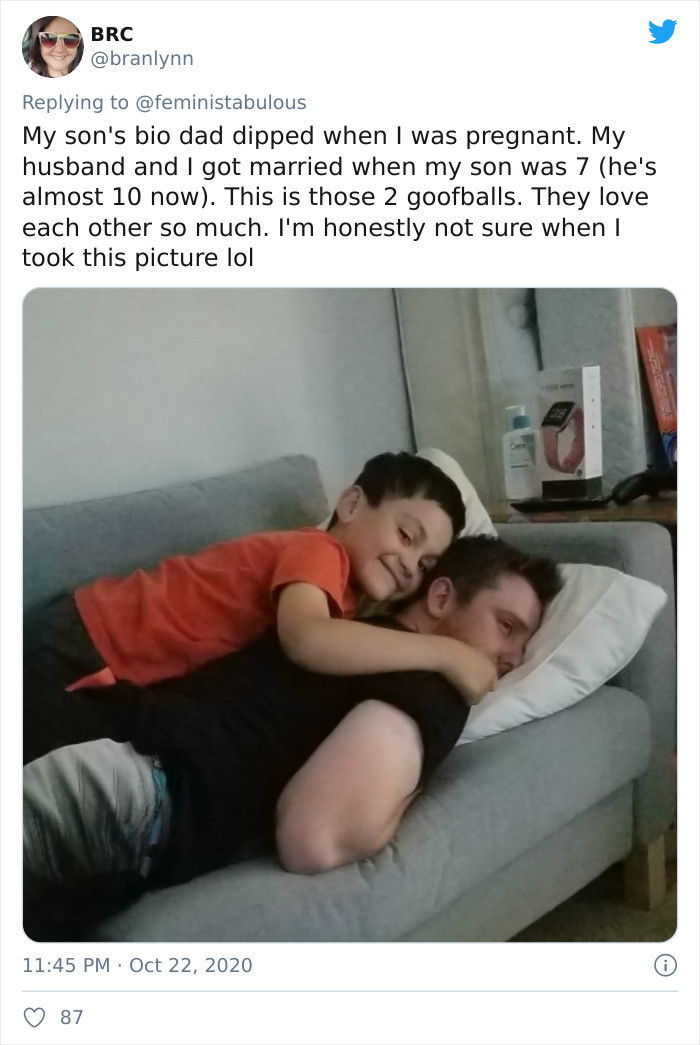 It's a sign things are turning for the better despite the yet still bumpy road ahead. 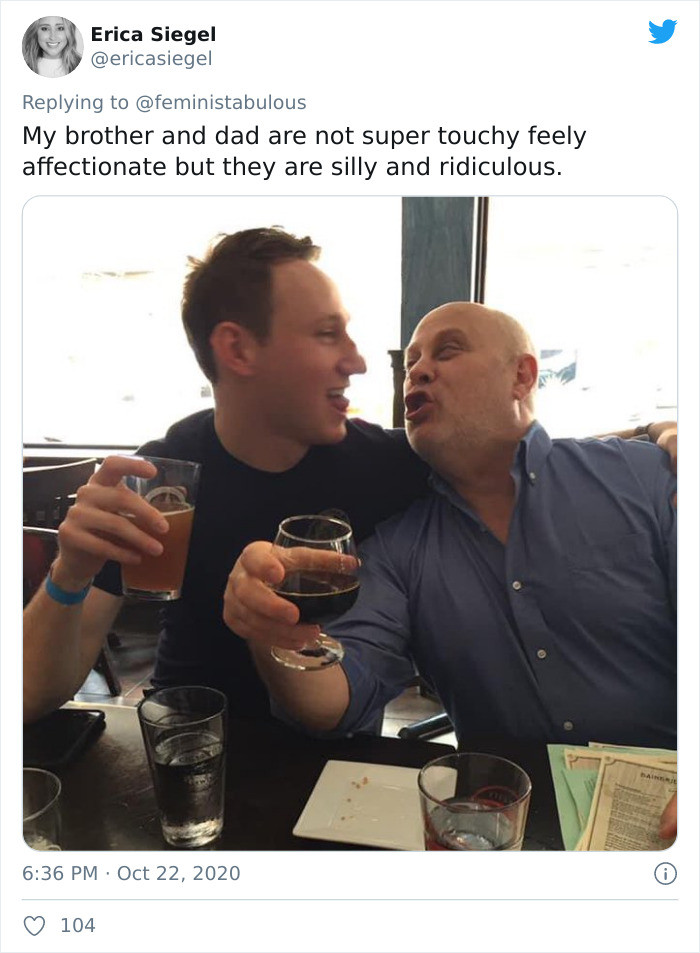 It takes more than one day and one Tweet to change the patriarchy, but it's one of the coolest steps that's happened so far. 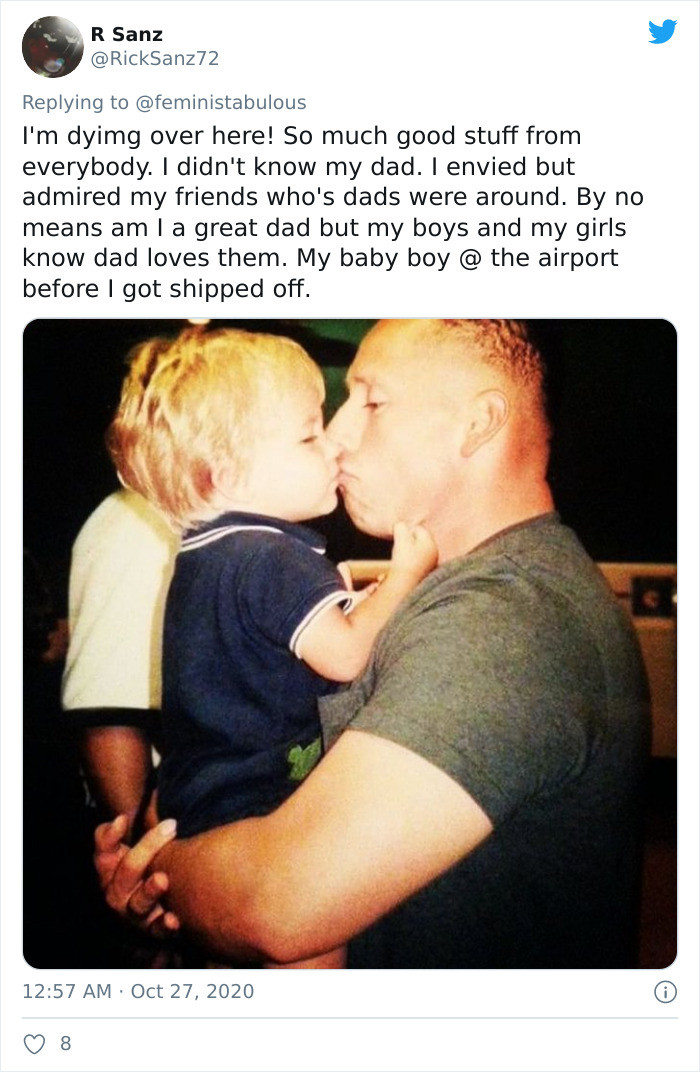 Joe Biden has plenty of reasons to be criticized, being a good father is not one of them. 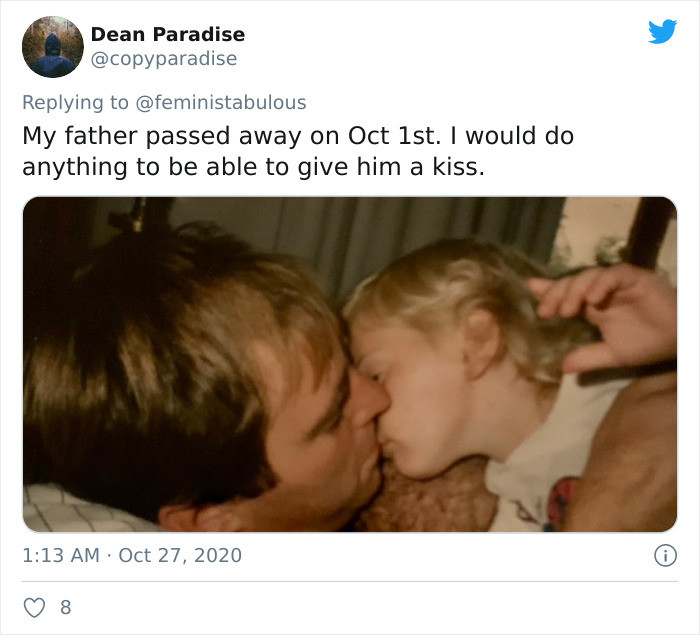 Emracing his son isn't one of them either. 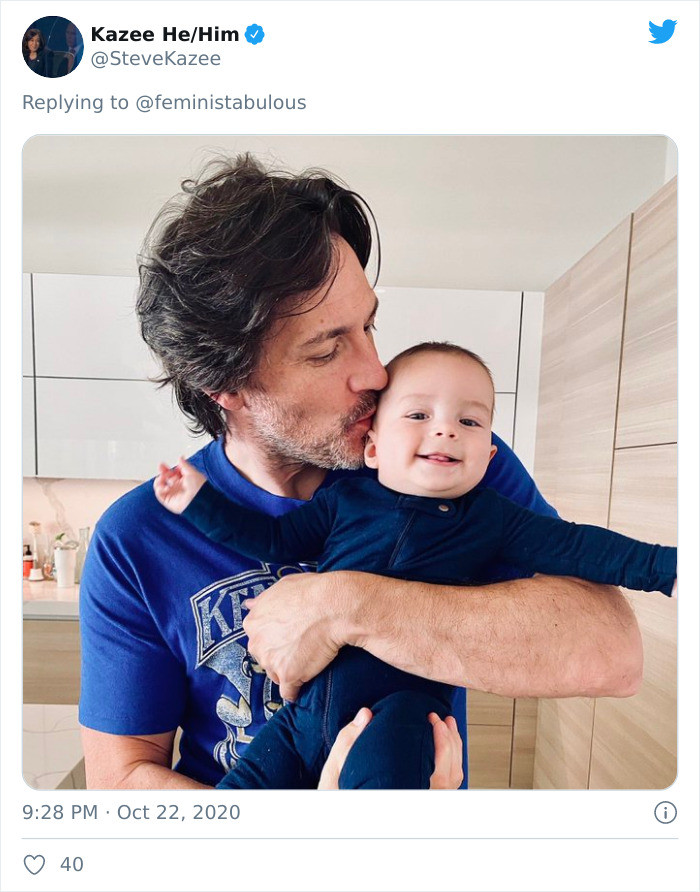 So, fellas, love your sons and sons love your dads. You won't regret it. 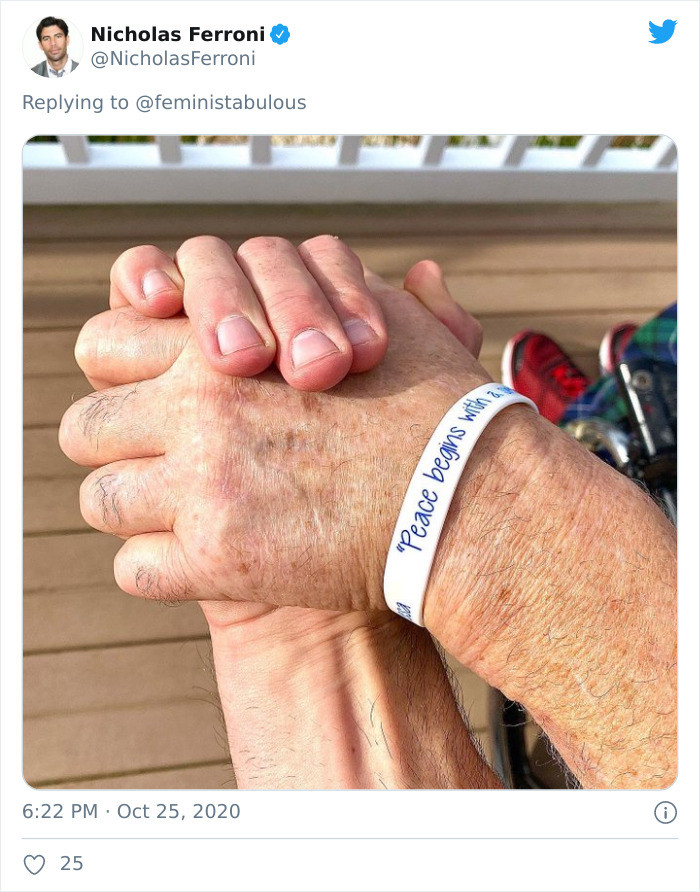