Welcoming a bouncing bundle of joy into your family is often a time of jubilation. There are many celebrations to be had when it comes to a new baby! Most of us have been to a baby shower by now but for awhile now families have been going the extra mile with an additional celebration they've dubbed a "gender reveal party." During the event, where loved ones and friends gather around, some sort of display occurs where the intended outcome is to inform everyone, expecting mama included, whether they will be birthing a boy or a girl in just a few short months.

Such a celebration has been formatted in a lot of different ways from something as simple as cutting a cake to reveal the color of some frosting inside to opening a box where a flush of blue or pink balloons come pouring out and up. These concepts over time have become pretty basic and every day someone is trying to go the extra mile and make a viral video of their adorable little idea.

For 37-year old border patrol agent Dennis Dickey, he knew just the right way to get that moment to pop! Unfortunately, nothing went as planned an in the wake of a seemingly innocent celebration was a wildfire that did over $8 million in damage.

On April 23, 2017 Dennis and his expecting wife gathered with their friends and family with an awful lot of excitement, eager to discover whether the baby brewing would be a boy or a girl.

The party, which took place in the Coronado National Forest, near Green Valley, Arizona was supposed to be a simple but "wow!" moment for the couple.

Using Tannerite, a brand-name explosive which, when shot with a high-powered rifle, can cause dramatic explosions, Dennis Dicky prepped to use his rifle to shoot a target, which would in turn would explode with a puff of blue or pink smoke. It sounded like a guaranteed way to nab "ooh's" and "ahh's" from the crowd with them.

In fact, Tannerite sells a gender reveal package for just $85. You can buy it online, here.

However, the air on this particular spring day was dry and windy and that went on to create the perfect environment for devastation. The moment Dickey shot his target and learned the sex of his soon-to-be baby, the blast sent sparks into the state's dry brush igniting a vicious fire.

What happened next, no one could have predicted.

Forest Service Special Agent Brent Robinson said in court documents that Dickey was immediately alarmed and tried to put out the fire himself. He was utterly unsuccessful as the flames rapidly spread.

Stunned, Dickey "immediately reported the fire to law enforcement, cooperated, and admitted that he started the fire," Robinson said in a court filing last month and it was also documented that the entire event was caught on video by a witness.

In conditions so dry that only a desert-like area such as Arizona could facilitate, and compounded by 40mph winds, the burning flames whirled across the land. Barrelling over the Santa Rita Mountains, the flames scorched thousands of acres belonging to the Forest Service and Bureau of Land Management. 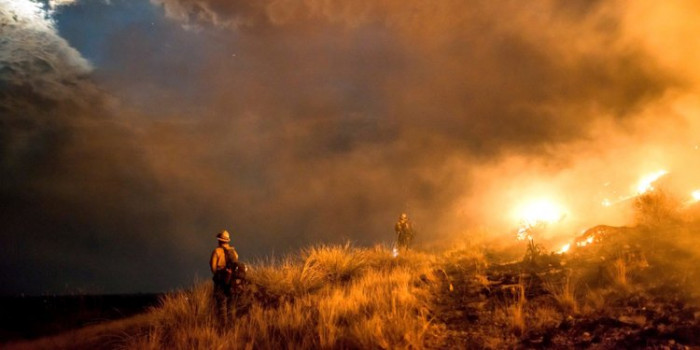 By the time the fire was finally under control it had gone wild for nearly two weeks. By pure luck, no buildings were destroyed, but dozens of people were still evacuated from their homes and a whopping $8 million in damage had been done when the massive wildfire scorched 47,000 acres and requiring 800 firefighters to extinguish it, according to a news release by the U.S. attorney's office. 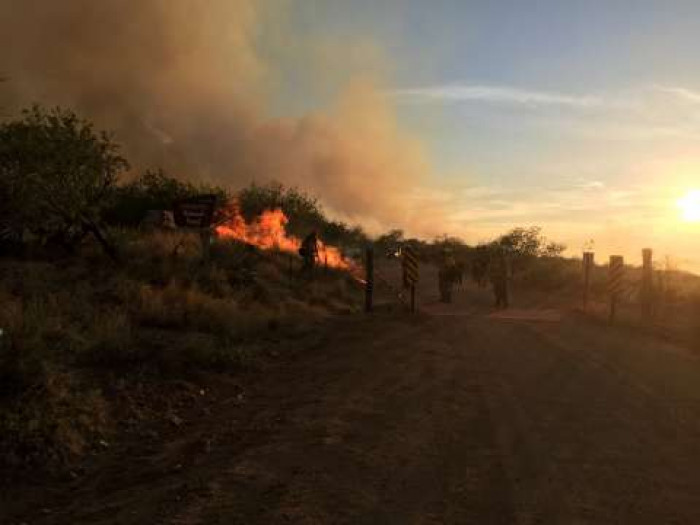 Over a year later in September of 2018, Dickey has accepted a plea deal, which according to the Justice Department means that Dickey has agreed to pay $220,000 in restitution, handing over $100,000 when he is sentenced on Oct. 9 and then the rest in $500 monthly installments over the next 20 years!

Additionally, Dickey was sentenced to five years of probation and has agreed to participate in a public service announcement on behalf of the Forest Service. He will keep his job as a border patrol agent.

Dickey's attorney, Sean Chapman told the Arizona Daily Star that Dickey, at only 37-years old will be borrowing from his retirement fund to help pay the reparations but whether or not the full $8,188,069 worth of damage will be paid remains unknown... and unlikely.

According to Tuscon.com, Dickey told a judge in a federal court:

It was a complete accident. I feel absolutely horrible about it. It was probably one of the worst days of my life. 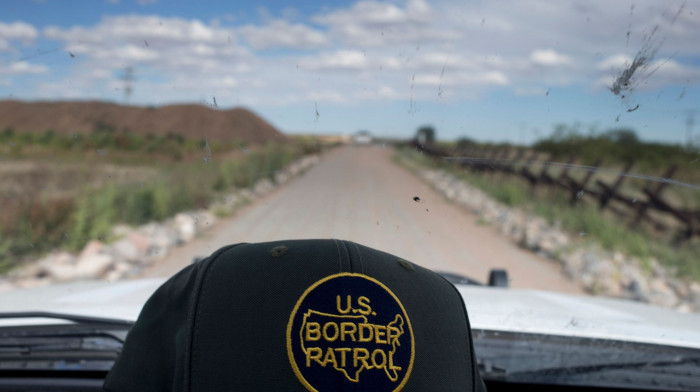 As for the baby, it remains a secret whether the Dickey's welcomed a boy or a girl.

If you're planning a gender reveal party, you might want to consider the balloons and cake ideas and leave the explosives out. Trust me, there will be plenty of explosions (in the form of poop) in your near future, anyway.