While some may disagree, most of us know that even in a civilized and wealthy western society it's not always easy to be a woman. We may have won the right to vote and work jobs but the never ending stream of harassment, sexual assault, and belittlement can make life a lot more stressful than it needs to be. In recent years we have seen major online movements like #MeToo highlighting just how widespread and problematic it is but sometimes to spread a powerful message and create real change we have to pause from all the stories about the bad things that have happened to us and instead reflect on how sometimes we come together and overcome these dark obstacles.

Alexis Tyler was just another Facebook user sharing a message with three simple stories where women were saved from assault attempts by complete strangers, but the stories that flooded in afterwards could never have been predicted and it will surely restore at least a fraction of your faith in humanity to see that while the world may get you down, there's good people out there who will stand up for what is right.

It all started on Tumblr...

Alexis's original post which has since gone totally viral, being shared over 43,000 times began by sharing 3 simple Tumblr posts. Like this one, by actualginnyweasley, who had a creepy encounter at the grocery store. 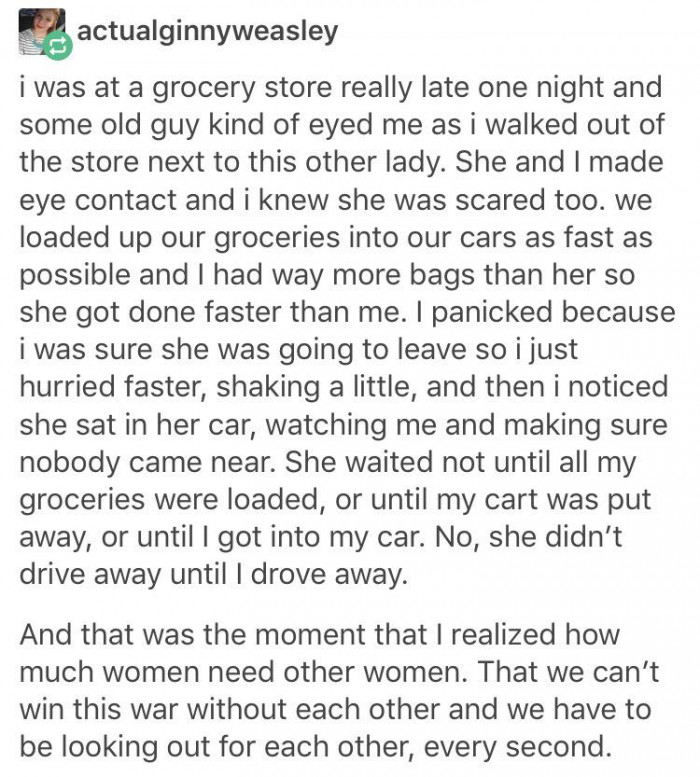 Link Arms. Be Fierce. Don't back down.

Tumblr user ofgeography shared two separate encounters where someone else had to intervene for her safety. 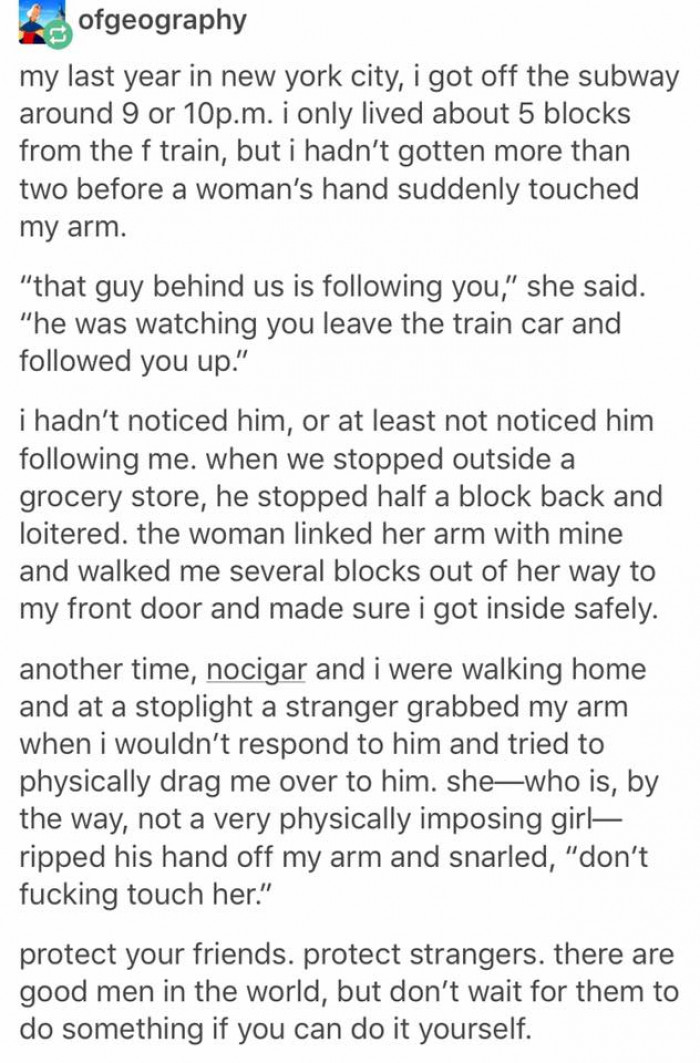 Don't ever assume someone doesn't need you. 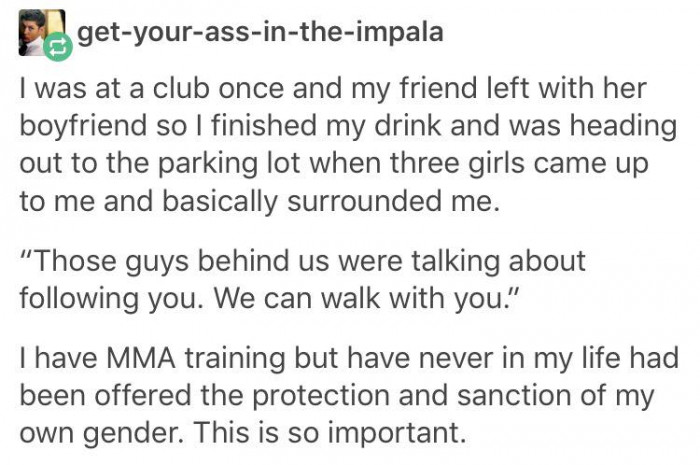 It was from this moment that other Facebook users began to chime in, sharing their own harrowing tales of narrowly escaping assault.

Tara Davis was 23-years old when 2 random women intervened before tragedy could strike. 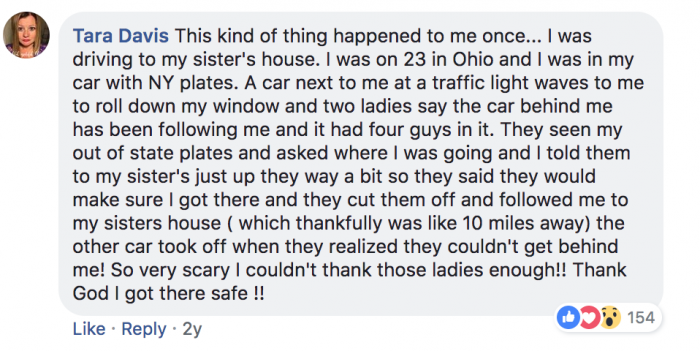 Parking lots can prove especially creepy for vulnerable women, and a woman by herself with small children are a prime target for predators. Yet as Ashlie Redd shows us with her story, it doesn't take a male body builder to be your body guard. Even a polite elderly woman can make a world of a difference in keeping someone like Ashlie safe!

One of my recent ones...

Some of us have no shortage of stories to share but we sure are glad Michelle is here to share. 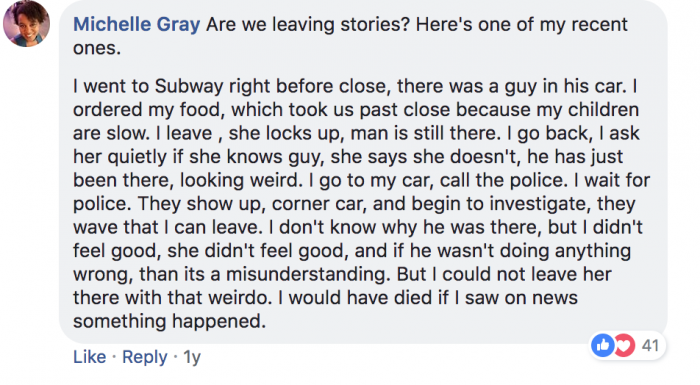 Driving is not a mode of flirtation... 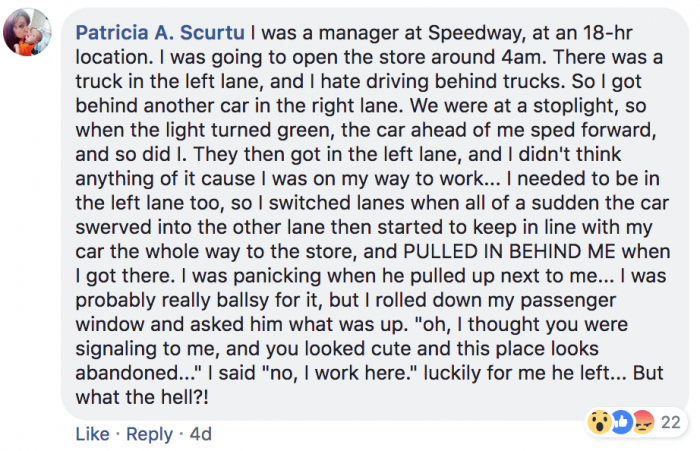 Describing 2 or more men as circling a lone woman like sharks is no exaggeration, most of us have seen it at least once. Thank goodness for Gail! 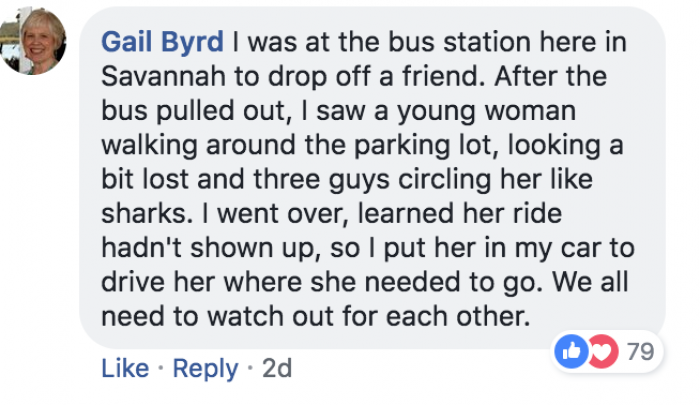 Waitresses and bar tenders leaving in the wee hours of the morning while a bunch of drunk idiots may be nearby can be incredibly vulnerable to assault attempts. Sometimes one good citizen really makes a powerful impact. Thanks for being a good dude, Joseph. 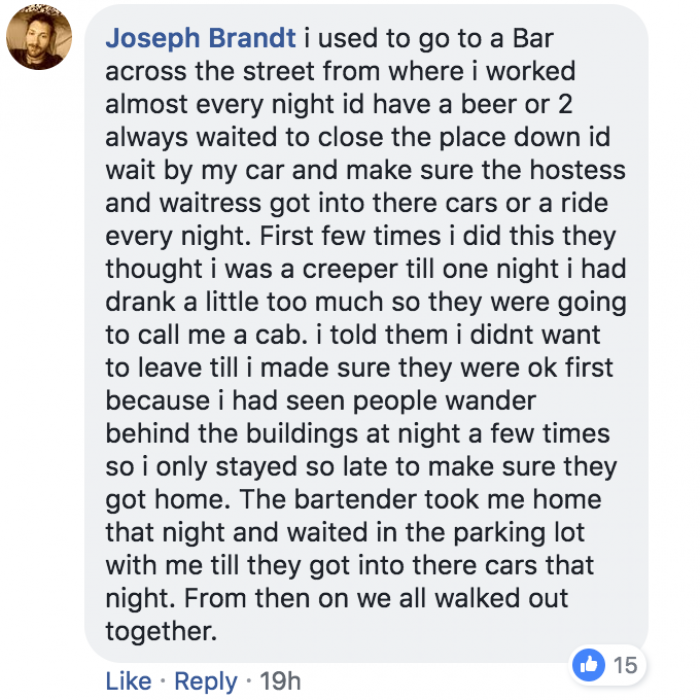 It's not just sexual assault that's a problem.

Sometimes the little old lady just needs a friend, too, to keep her safe while she waits. 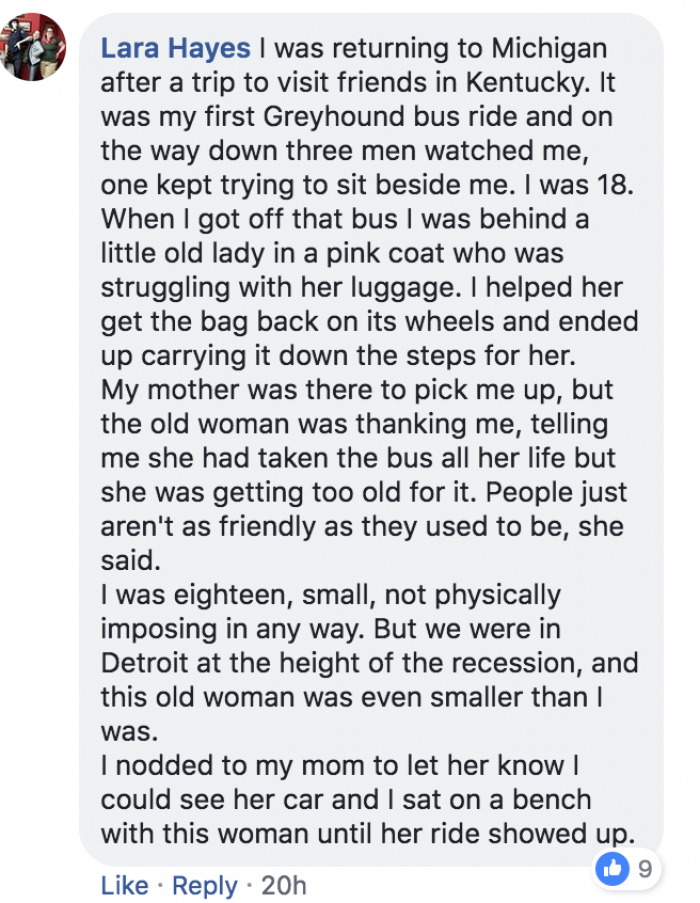 It's clear that it is up to us to be a community of strength for each other.