There's something fishy going on in Kuwait and it's not exactly delicious. Seafood and fish is a very significant diet of the average Kuwait resident, and there's no better place to buy yourself some fresh fish than from a store or market that sells, well, fresh fish. Unless of course, the fish aren't so ...fresh.

Such was the case for one store whose problems have gone viral on Twitter after the Al Bayan newspaper shared an image of a fish, before and after he was aesthetically enhanced with googly eyes. It was an attempt to make the fish seem fresher than they were but the photo has left Twitter users rolling with laughter. At the absurdity, perhaps. At the fact that someone actually had the audacity? Who knows. Either way, these photos and these reactions are totally priceless.

The police did shut them down, after all.

Kuwaiti police has shut down a fish store that was sticking googly eyes on fish to make them appear more fresh than they are. :-)
via Al Bayan newspaper, @bayan_kw. pic.twitter.com/CcPa73fDQh

I thought I've seen it all, but twitter always proves me wrong

3. A relevant argument to be made.

my strongest-held belief is that extremely creative crimes that don't involve maiming another person should be allowed https://t.co/LJlW3oR11F

It makes the Internet a better place to respond to such things with a gif.

5. Another argument in support of the shop...

I guess some people just like to watch the world burn.

I feel like this should be allowed out of sheer ballsiness.

Plus, the eyes don’t look like dead fish eye. Who cares? Except some people eat fish eyes. That. Outdoor be a problem.... pic.twitter.com/nEa52msDqp

Sometimes you should definitely say, "never."

Never judge the freshness of fish by the googliness of their eyes. https://t.co/hW50lwpwCz

Otherwise, the police wouldn't have shown up.

I cannot believe people fell for this?! 🤣😂😒 pic.twitter.com/AKtep2zdVO

And then came the fish puns...

Well this certainly looks fishy. I hope they go to court and are found gill-ty. https://t.co/aB3fh871WE

Yeah this is a full-scale scam

The scales of justice shall decide.

If you ask me, the best response was from another fish market in Kuwait who, in response to the scandal, advertised their fresh fish "without cosmetics." 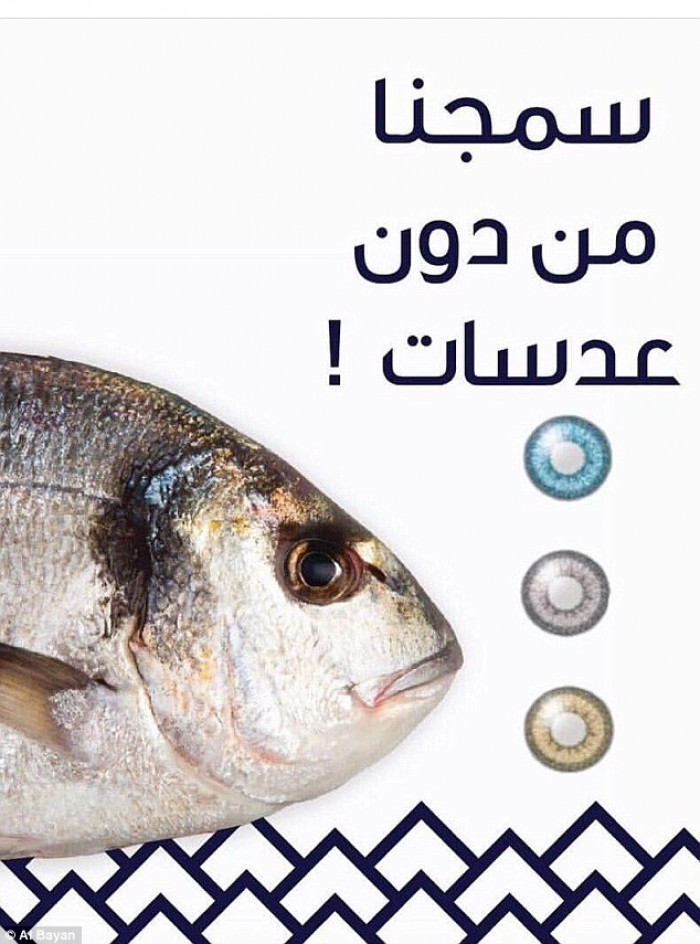