After Being Rescued From Euthanasia, Mr. Bigglesworth The Hairless Bunny Is Now An Instagram Celebrity

After a local breeder was advertising baby rabbits on Facebook, Cassandra Hall from Victoria, Australia decided to contact them when the post caught her attention. One of the photos was captioned “Hairless not for sale”.

Cassandra previously owned a rabbit and despite everything, she still decided to send the breeder a private message. Cassandra has never seen a hairless rabbit before so she asked the breeder to send her more photos.

The breeder accepted Cassandra's request and informed her that she could have it for free considering how hairless rabbits don't sell. He had to put down the previous one he had.

The next day, Cassandra visited the breeder and took the hairless bunny with her. The bunny reminded his new forever family of the hairless cat in the Austin Powers movies, so they decided to name him Mr. Bigglesworth. 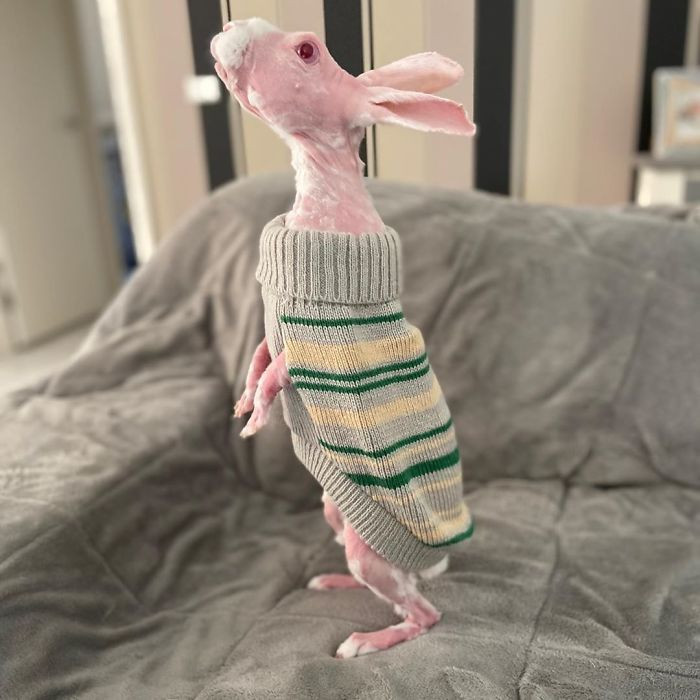 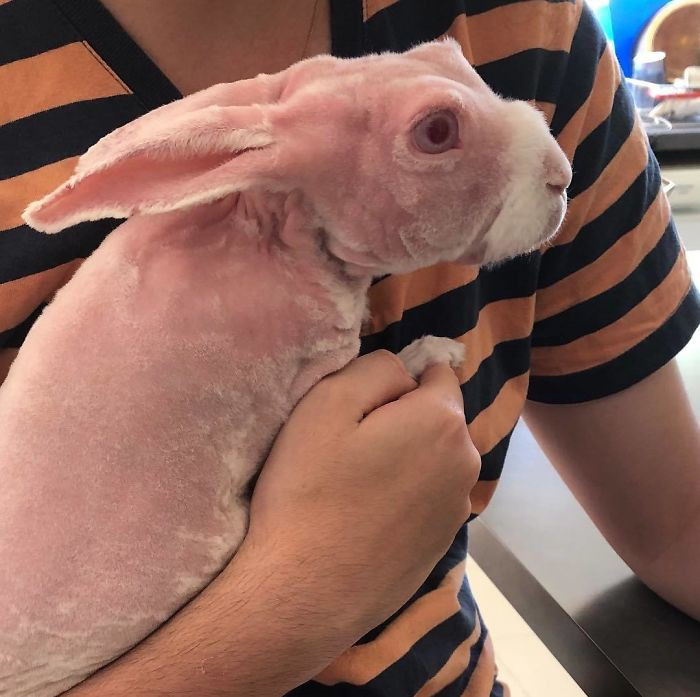 The family was initially worried about their new bunny since the precise state of his health remained unclear. Cassandra had to do a lot of research on the internet about Mr. Bigglesworth's condition but she never found anything. She eventually took a couple of pictures and posted them on her other's rabbit's Instagram, then she renamed the account and now it belongs to both of them!

Cassandra hoped that someone in the online rabbit community would be familiar with this condition and know how to properly look after a bunny like him.

She never expected that within one week, the media would pick up her story. Soon after that, various rabbit owners from all over the world reached out to her. They all started sharing their experiences of looking after rabbits with the same condition as Mr. Bigglesworth's. 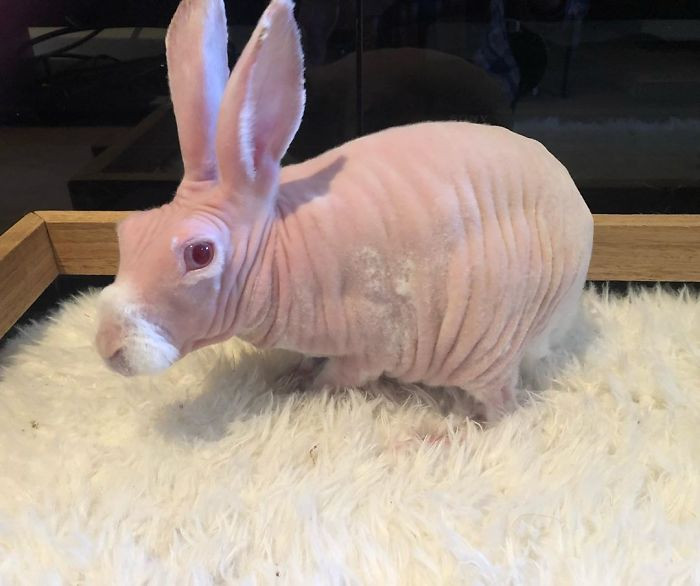 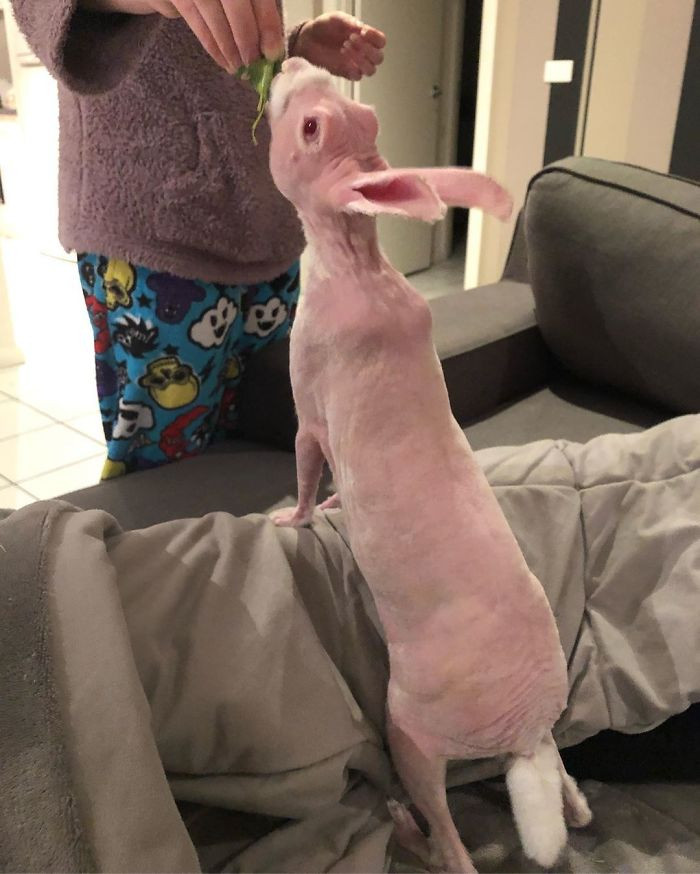 As it turns out, if two rabbits with the same ff gene (hairless gene) mate, every litter will contain a hairless baby. Mr. Bigglesworth is one of those babies. These bunnies usually don’t live for more than 4 weeks.

The stories that were shared with Cassandra of other hairless rabbits varied a lot: some managed to eventually grow fur all over their bodies, some grew patchy fur and others had a short lifespan.

Mr. Bigglesworth's metabolism is high, so he evidently eats more than a regular rabbit due to his condition. Other than that, he’s perfectly fine and gets checked in the vet every 6 months. 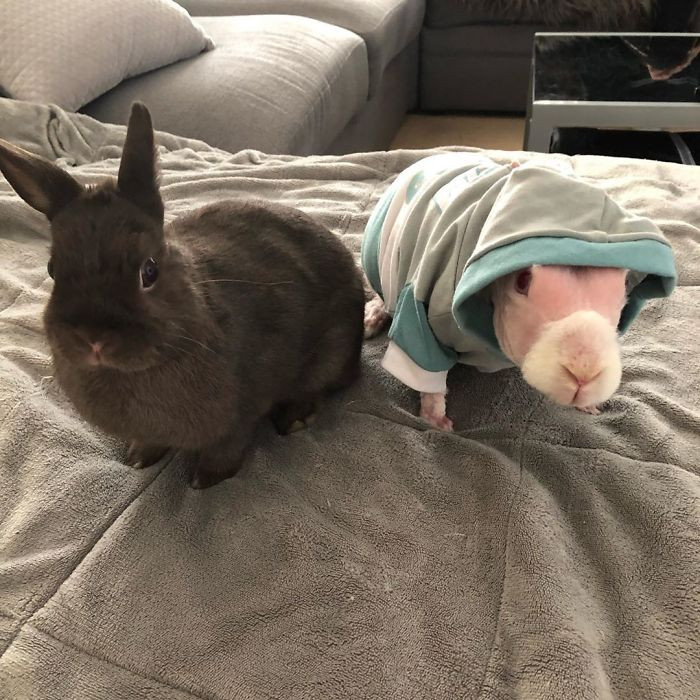 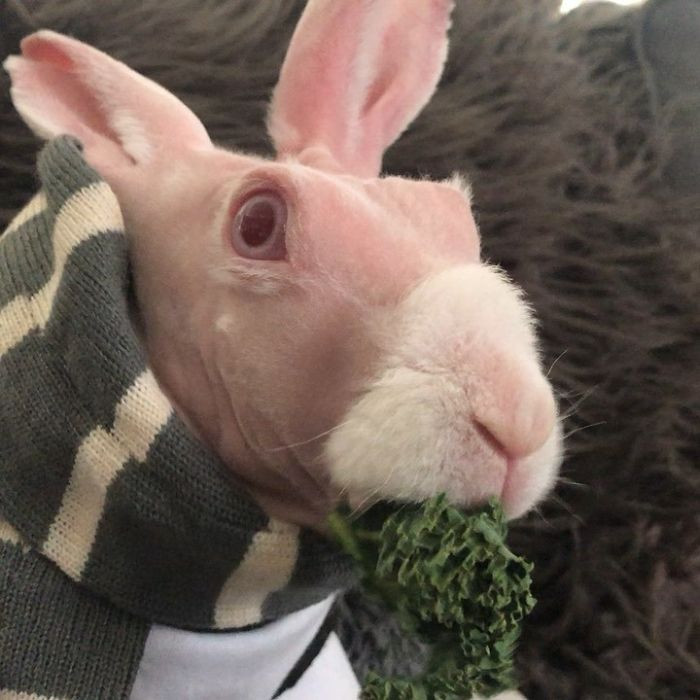 “He lives inside with us, we never let him outside because Australia has the calicivirus which kills rabbits and is transported by mosquito bites,” Mr. Bigglesworth’s mom explained. “He is kept warm by his numerous jumpers and his companion rabbit Miss Cinnamon Bun.”

“If he does get cold, he shivers like a human. His skin feels like baby skin, it is super soft and if he scratches himself we use pawpaw ointment. He is toilet trained to use a kitty litter tray.” 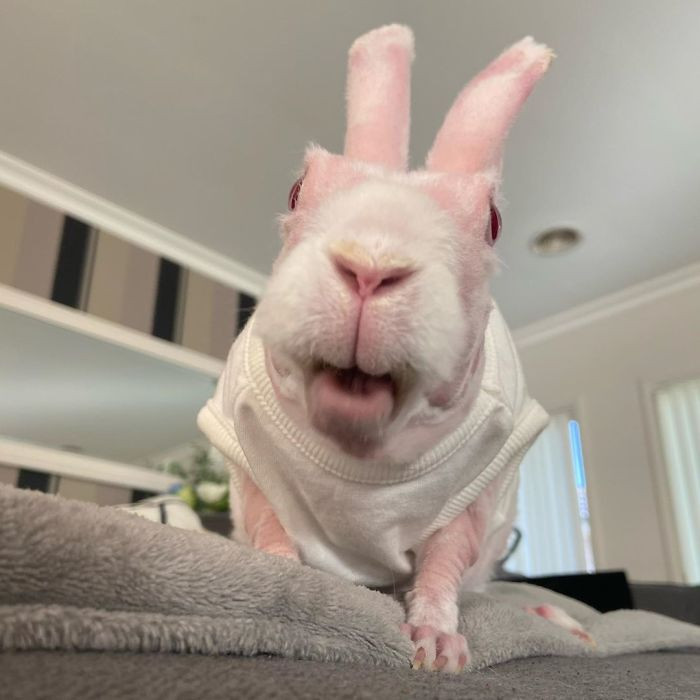 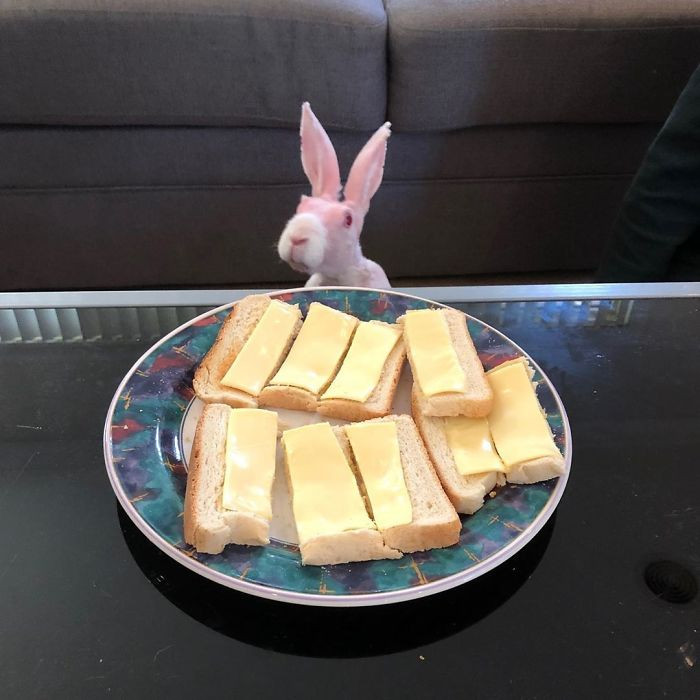 The hairless bunny's positive vibes is a constant entertainment source for all the family, he's always so happy.

“He has a cheeky personality and is very mischievous,” Cassandra said. “He knows the word ‘no’ and if I see him doing something naughty, I yell out ‘no’ and he comes up to me and stomps his feet and honks a noise. He does this several times to me and it makes me laugh. It’s as if he is yelling at me for telling him off.”

Mr. Bigglesworth also recognizes his name and whenever he is called, he comes running.

“Rabbits are very intelligent animals and need to be looked after properly and need to be entertained by lots of rabbit toys or they can be destructive,” she explained. 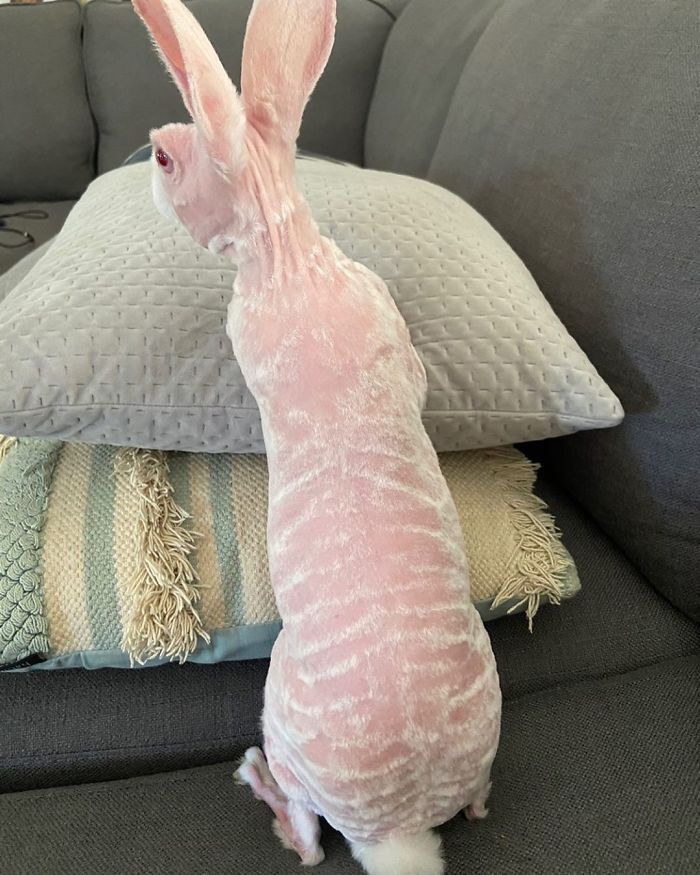 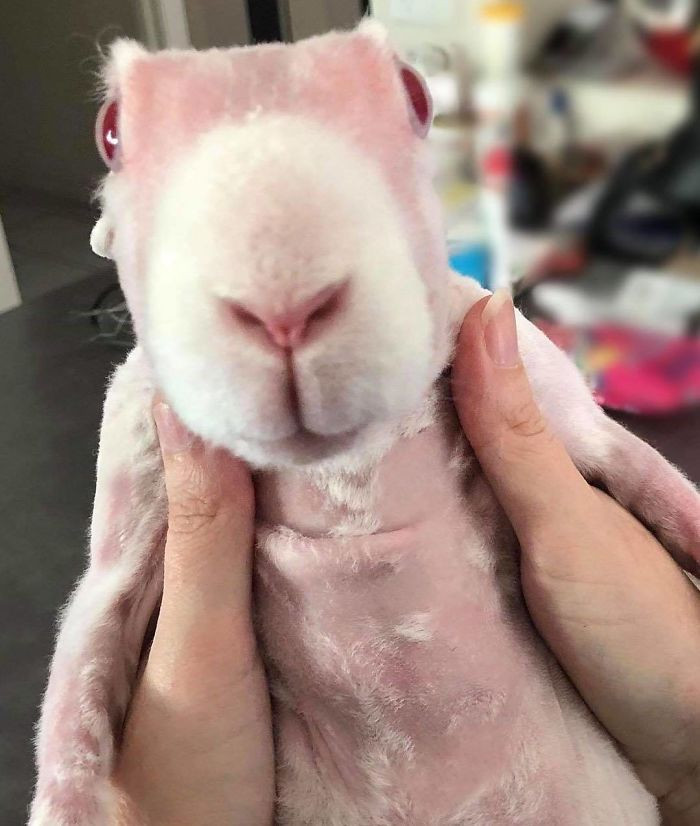 Rabbits are definitely not for everyone.

“Although they don’t need to be walked like dogs, rabbits are anything but low-maintenance,” Mary E. Cotter, Ed.D., the spokesperson for House Rabbit Society said.

“Their quarters need daily cleaning, and fresh food and water must be offered daily, including a salad of well-washed, dark-green leafy vegetables. Certain rabbit health problems can become chronic and can require regular (and sometimes expensive) veterinary treatment. To complicate the picture, veterinarians skilled in rabbit medicine are often hard to find.”

People should definitely do a lot of research after deciding to adopt a bunny. 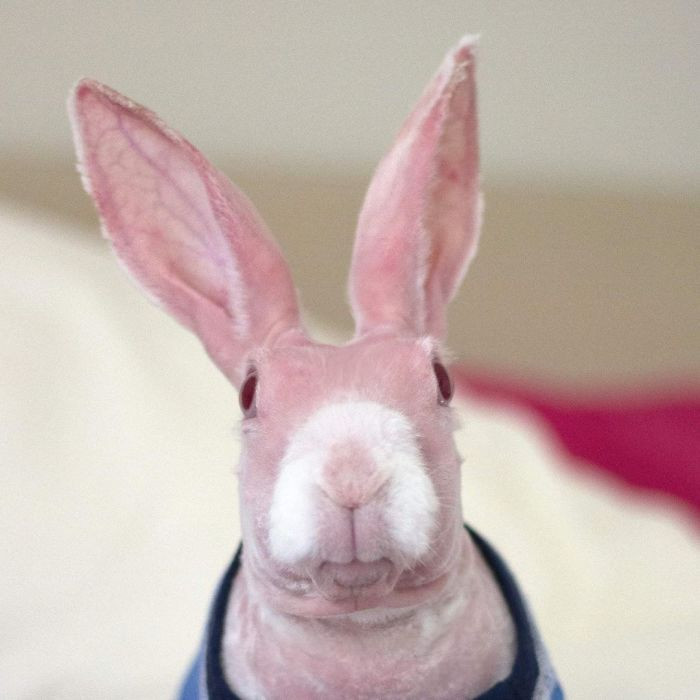 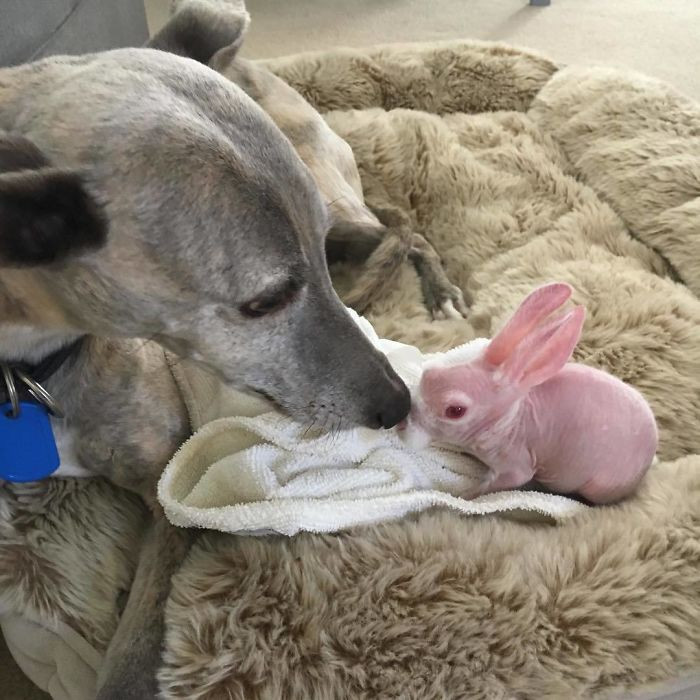 Mr. Bigglesworth even has his own merch. His owners donate some of the proceeds to a lot of good causes.

“Our latest was for the wildlife affected by bushfires in Australia because it was so close to our home,” Cassandra said. “We did short videos visiting various wildlife centers and giving them money from what our fans raised, it was very rewarding."

Cassandra also takes Mr. Bigglesworth to school talks in their area on anti-bullying for children. For more info, visit his social media accounts. 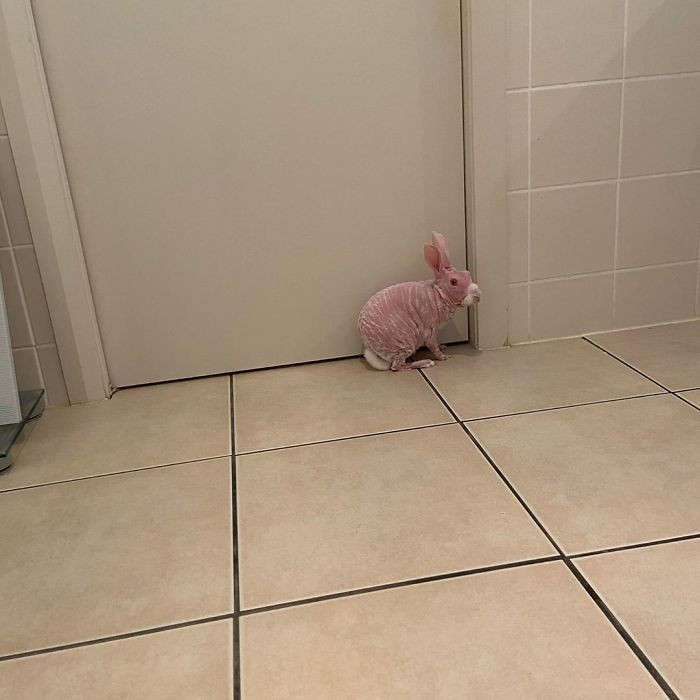 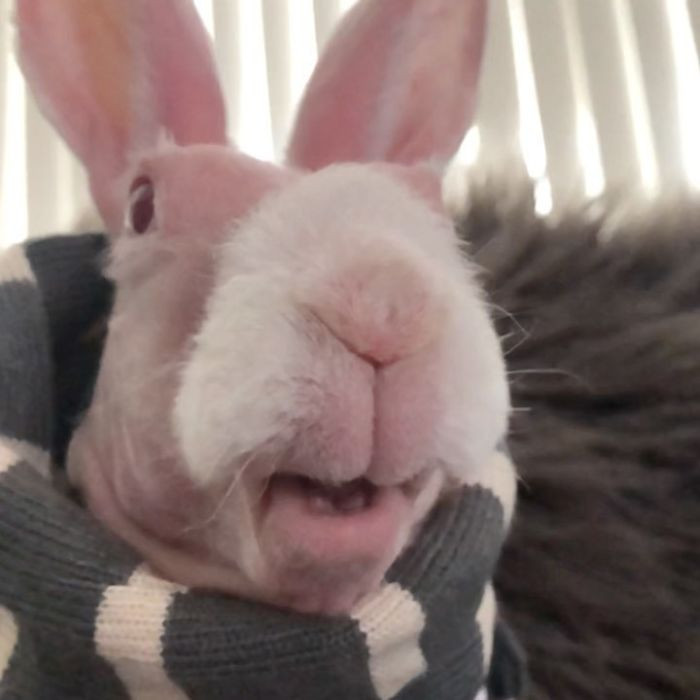 “The Mr. Bigglesworth story is still unfolding and will hopefully continue for many more years.” 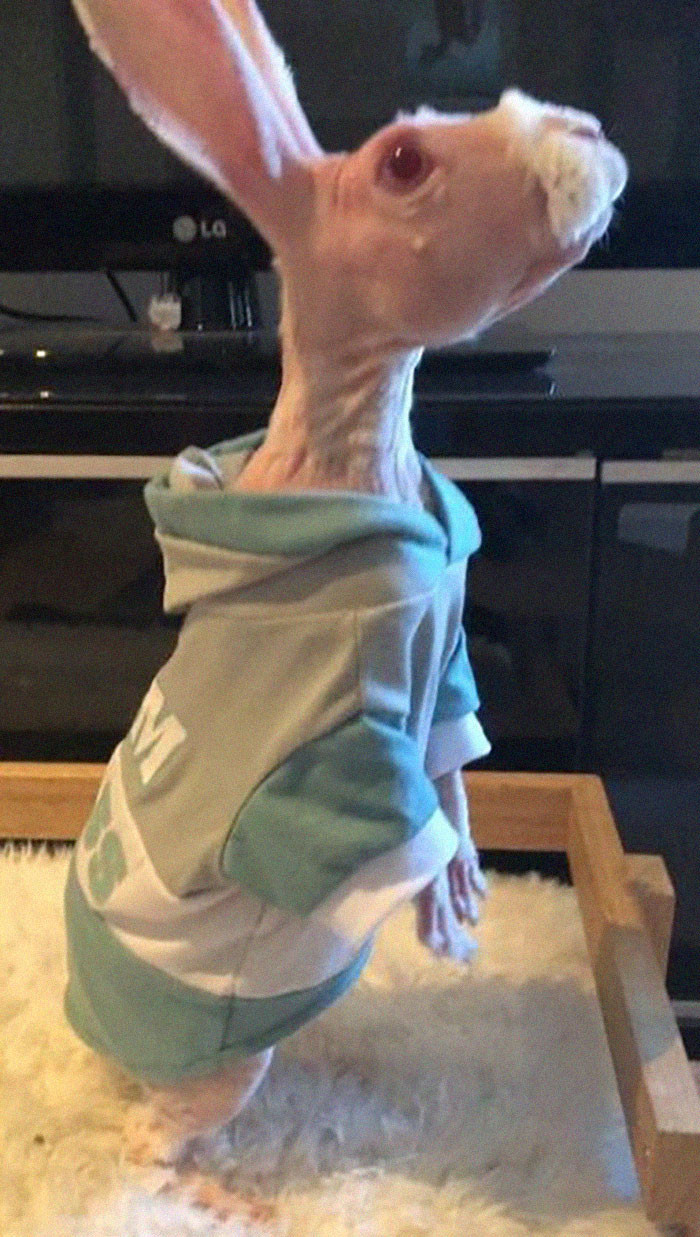 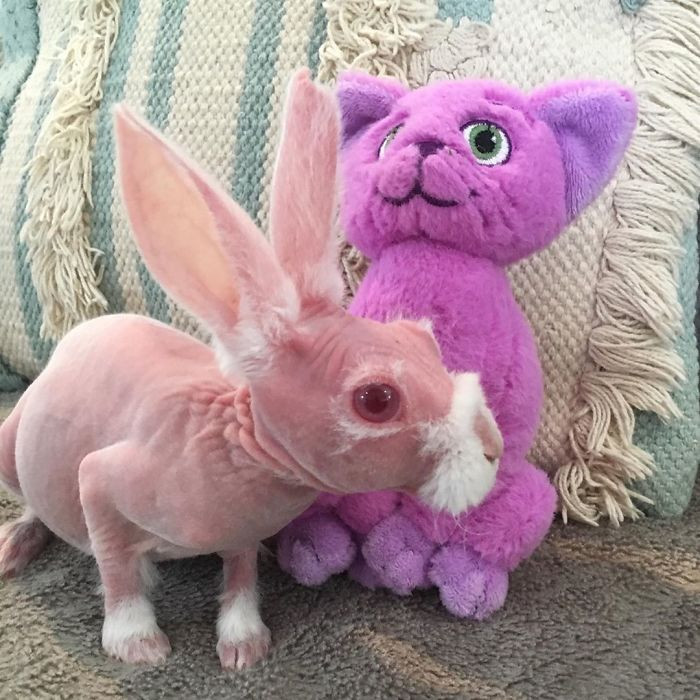 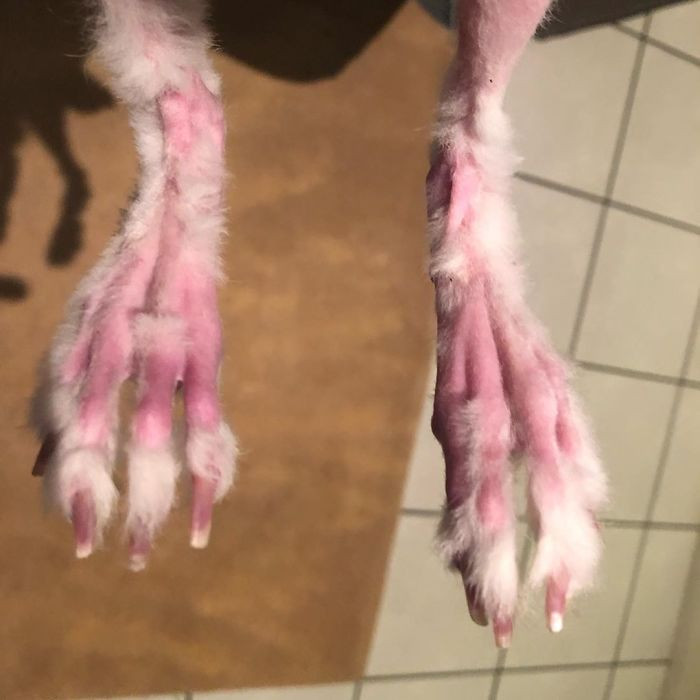 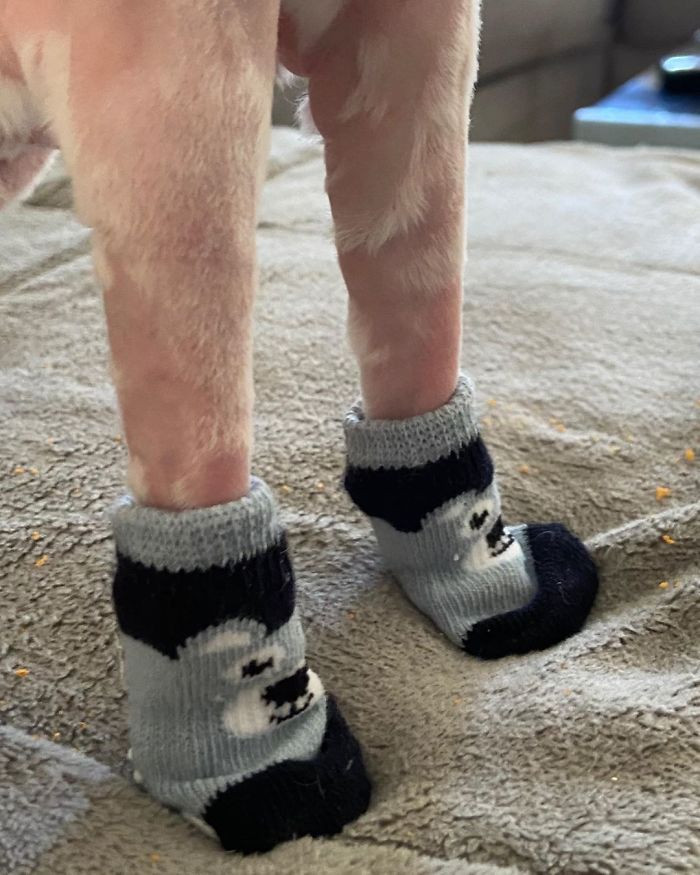 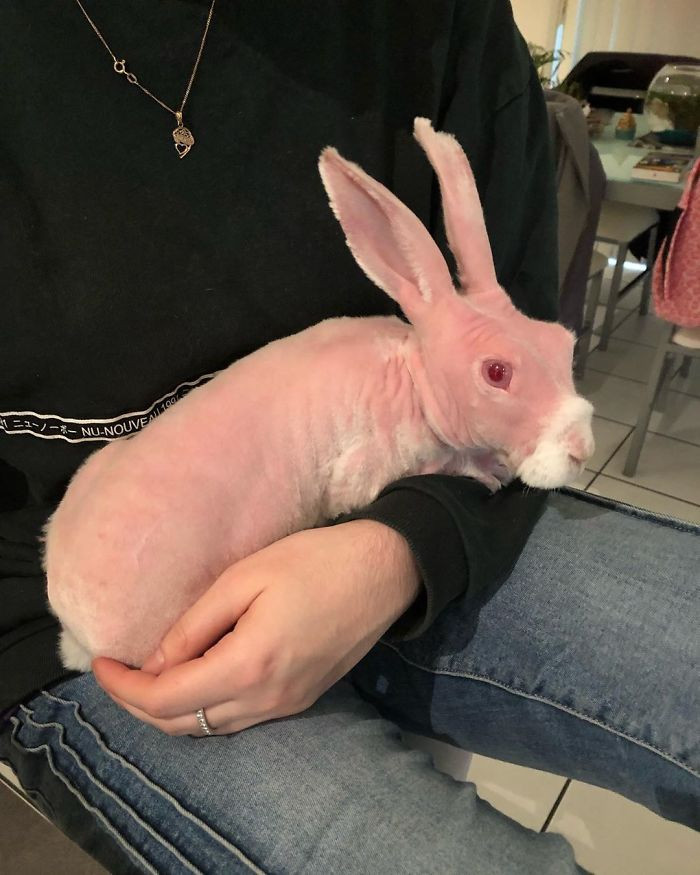 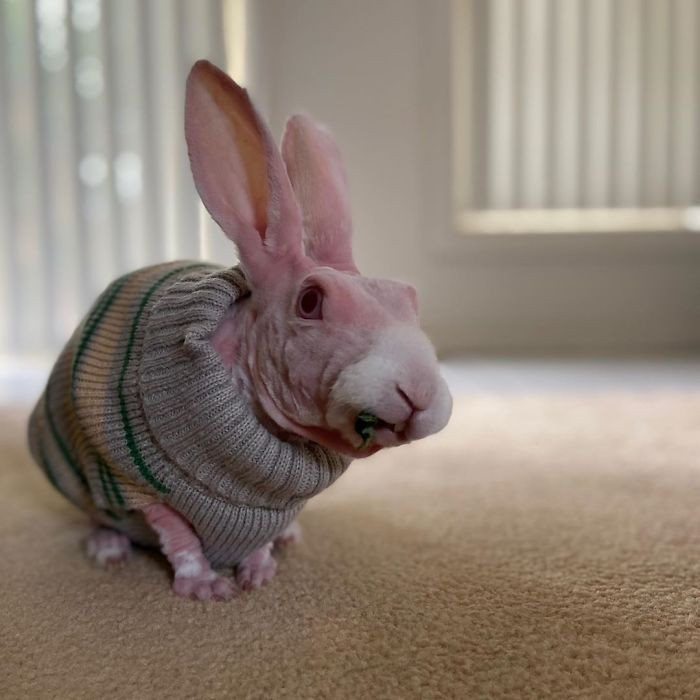