The first step in solving any problem- is recognition. By merely deciding there is one, you get the opportunity to devise a solution(s).

It's no secret that the United States has issues in their healthcare. From all ends of the spectrum, there are gaps for improvement.

The statement below says it all, and was made after the publication of the Commonwealth Fund;

"The U.S. ranked last on performance overall and ranked last or near last on the Access, Administrative Efficiency, Equity, and Health Care Outcomes domains. The top-ranked countries overall were the U.K., Australia, and the Netherlands. Based on a broad range of indicators, the U.S. health system is an outlier, spending far more but falling short of the performance achieved by other high-income countries. The results suggest the U.S. health care system should look at other countries’ approaches if it wants to achieve an affordable high-performing health care system that serves all Americans."

A woman named Lauren Bard, who was employed by St. Bernadine Hospital as an E.R. nurse, and had been for the last 6 years, went to UC Irvine Hospital in Southern California to give birth to her baby girl.

Although she arrived 3 months early, and upon her arrival weighed less than a pound and a half, she was quickly whisked away to the NICU.

There, she spent a total of 108 days, and received multiple surgeries.

Bard spent 9 days herself in UC Irvine Hospital following her birth. Then she made a trip to the E.R. for an infection after she was finally discharged.

However, on day 3, she called Anthem Blue Cross which was the coverage provided by her employer. They reassured her that her newborn Sadie would be covered.

As a mom myself, who has spent a small stint in the NICU with one of my babies, allow me to offer a little insight on how a Neonatal Intensive Care Unit feels to a new parent:

There's no room for anything else.

The NICU is full of exhausted, desperate parents, clinging onto the hope of when they finally get to take their baby home. IF they get to, Sadie's doctors gave her a 50/50 chance of survival.

Unbeknownst to Bard though, her insurance's policy was to enroll online, not over the phone. 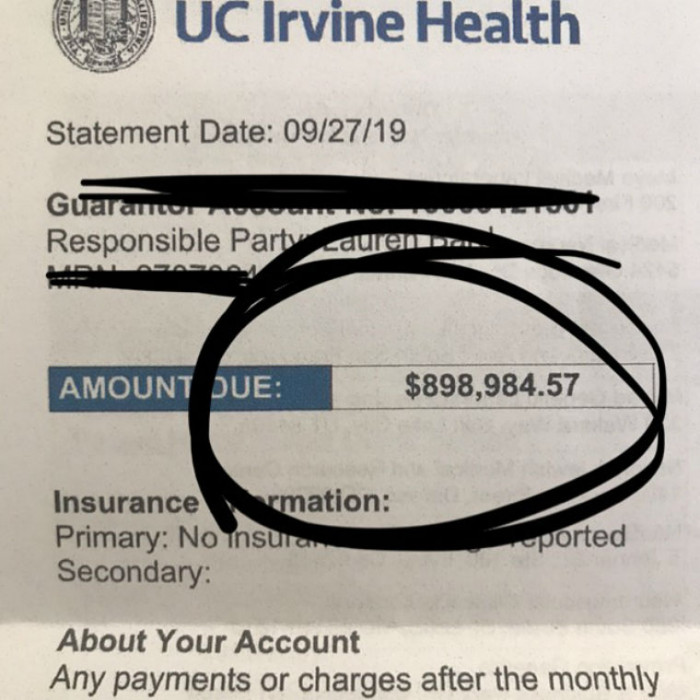 So it's no surprise Bard missed the 31 day enrollment deadline.

After receiving confirmation that they would in fact NOT be covering Sadie's stay, a hospital that claims "hello human-kindness" as their motto, offered very little- actually they offered none.

They then sent her the would-give-anyone-a-heart-attack bill, for nearly $900,000!

My heart skips just reading that number, I can't even begin to imagine seeing a bill with my last name on it, accompanied by that same number!

After several attempts to appeal,

the family decided to take to social media, and thank goodness they did!

In doing so, ProPublica was flagged of her situation and the two made contact.

Since ProPublica is a nonprofit newsroom that investigates abuse of power, they willingly stepped in.

But by the time ProPublica became involved, a year had passed by.

"Dignity bills itself as the fifth-largest health system in the country, with services in 21 states. The massive nonprofit self-funds its benefits, meaning it bears the cost of bills like Sadie’s. And it doesn’t appear to be short on cash. In 2018, the organization reported $6.6 billion in net assets and paid its CEO $11.9 million in reportable compensation, according to tax filings. That same year, more than two dozen Dignity executives earned more than $1 million in compensation, records show." 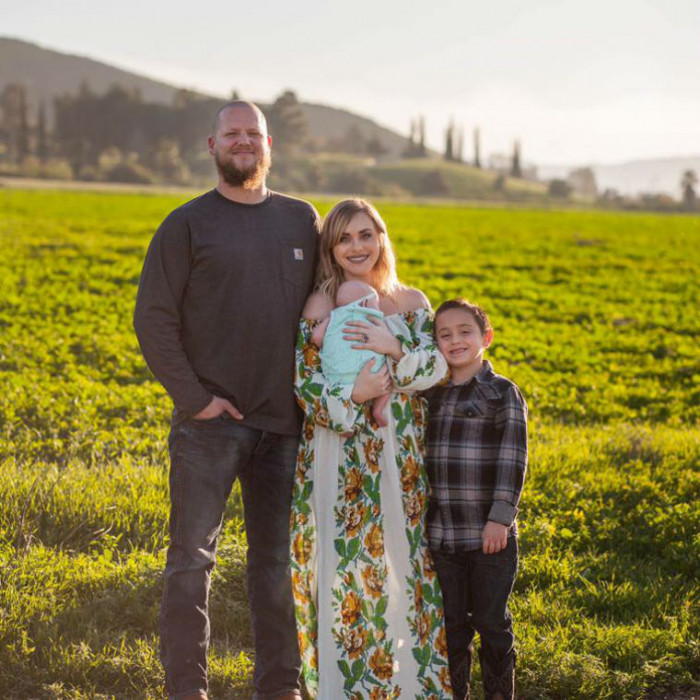 Ironic? I don't think so. Certainly they were afraid of bad press, which I'm sure they received anyway, but not half as bad as they may have, had they wrote off ProPublica in the same manner they did Bard.

Sadie is happy, healthy, and thriving now, reaching all of her milestones. Her family often refers to her as their "million dollar baby." As it may be easy to joke about now, Bard still doesn't understand why such great lengths had to be gone through to reverse the initial decision.

This story, in a nutshell, is everything that is wrong with healthcare in America. The United States is in desperate need of a complete medical care reform, the whole system needs to be gutted and rebuilt from the ground up.

Please, feel free to share your experiences below in the comments.

About medical providers or insurance companies, there's no denying significant change needs to be made.