It's the age old rule... women are the emotional ones, and men are meant to be cold, stone statues. This has been the long-held belief for, well... long.

Unfortunately, this is causing (and has long caused) major issues for men when it comes to mental health, and only now in the 2000's and beyond, has the mental health of men become a more discoursed topic.

Suicide and mental health issues have been around since the dawn of time, but were long swept under the rug, especially when it came to men. Phrases like 'man up', 'man of the house' and similarly infuriating turns of phrase have lingered in the mouths of grandparents, teachers and men in the armed-forces and corporate world for years.

It's only recently however, that men are hitting back at these toxic masculinity flavored expectations and begging to have their feelings and emotions honored and heard.

Recently, a man on Reddit shared a story of how his father was told never to cry at funerals and it started a major conversation about this exact topic.

Check out the other men's response below. 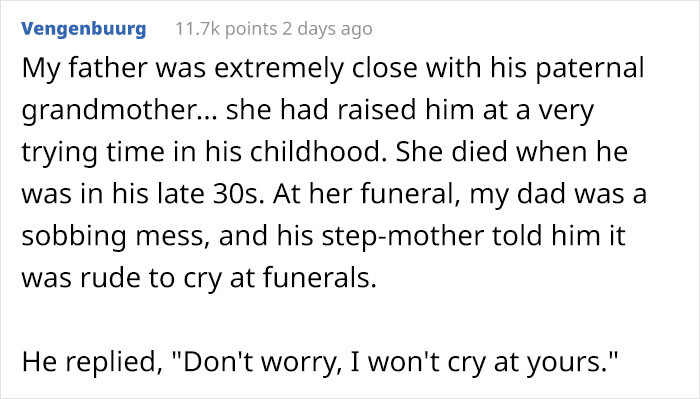 This guy was told to man-up and finish his shift at work when his dad died!

This guy explains what happens when you suppress emotions. 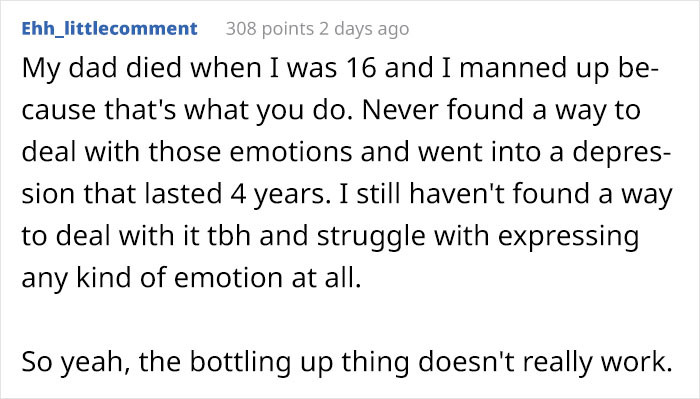 This dude is CRUSHING it! 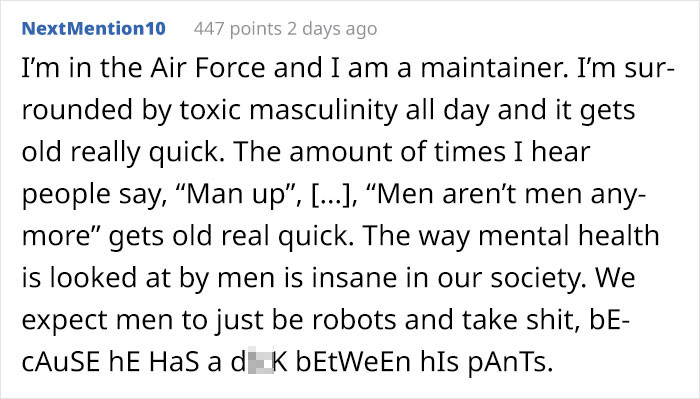