As a writer myself, and beings many of my writer friends have expressed this more times than I could ever begin to count.

It always ends up chopped and sexist.

Super sad story but it's the truth.

One day a Tumblr user by the name of 'annerocious', who articulated a post with the title being, "Dear Men Writers", where she did more than lay out a few inaccuracies, she straight up called them out, and by all means.

I'm elated that she did! Someone had to say it!

No fear here ladies and gents!

Fortunately for me I don't read a lot of books written by men. But I imagine the way they admire their women characters in the mirror is equally as odd. 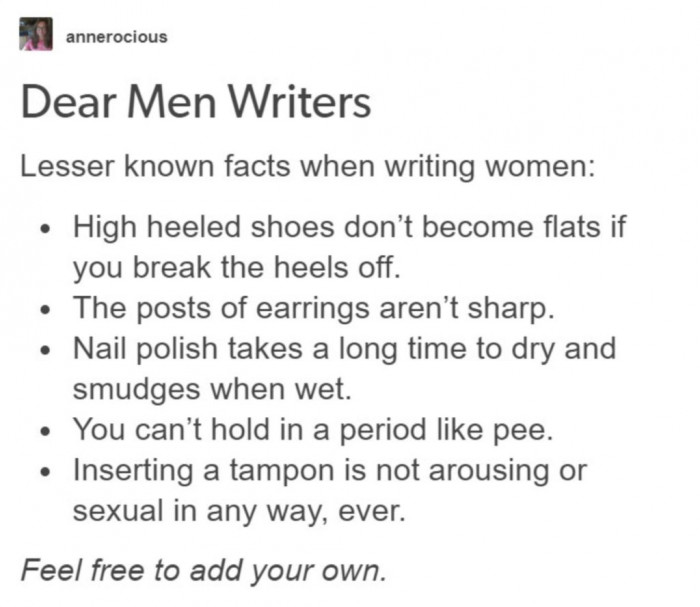 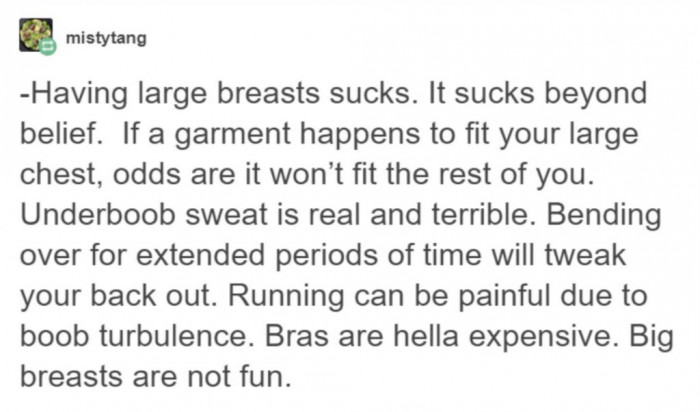 2. I'm breastfeeding right now so none of my bras fit me right, but I can stand behind this 100%.

4. Seriously. Do no talk anymore shit to women who do this. 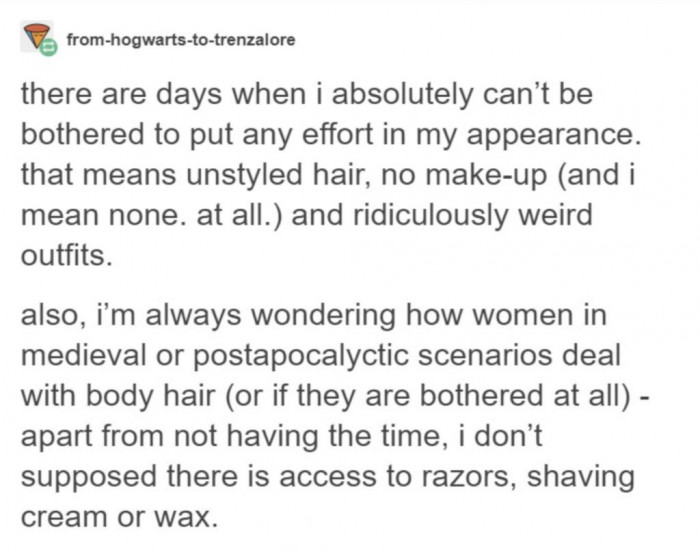 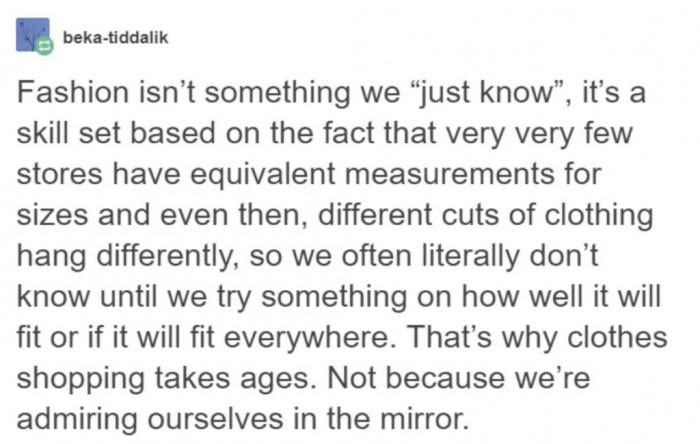 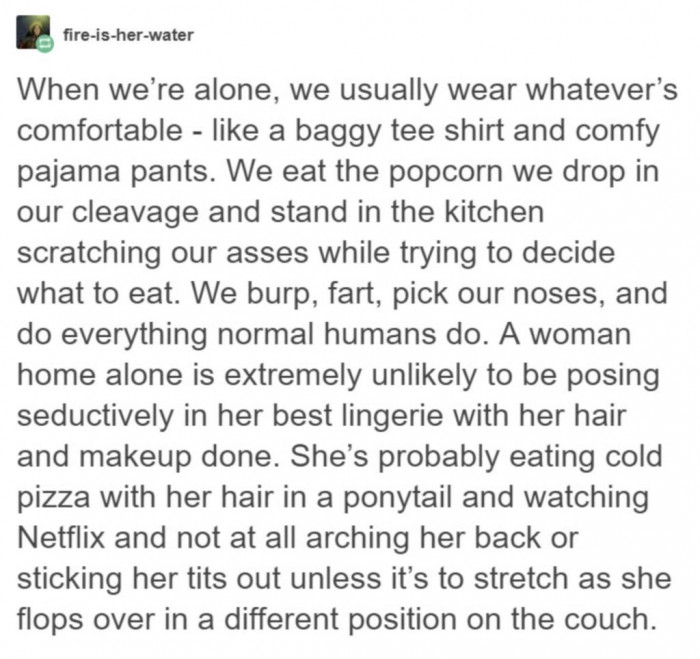 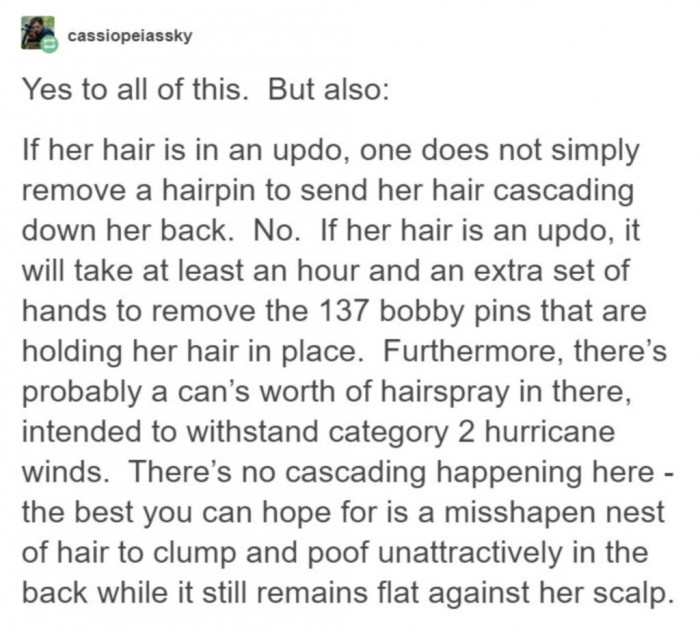 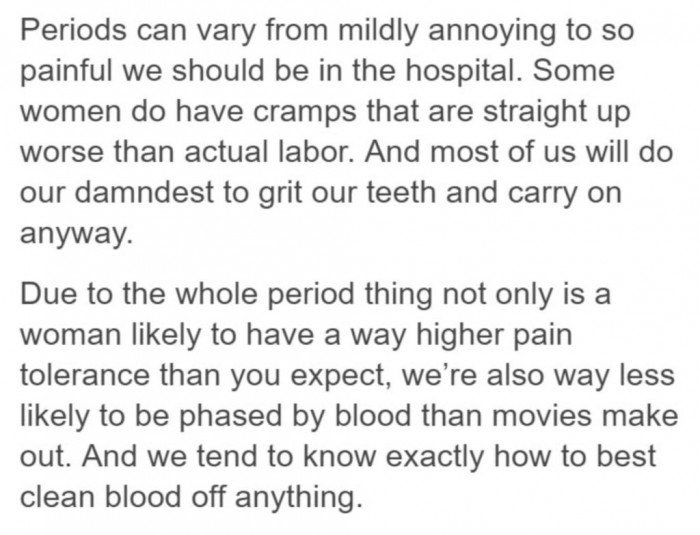 13. Seriously. Not all women are Barbies.

14. I literally loathe heels. Won't catch me in them.. 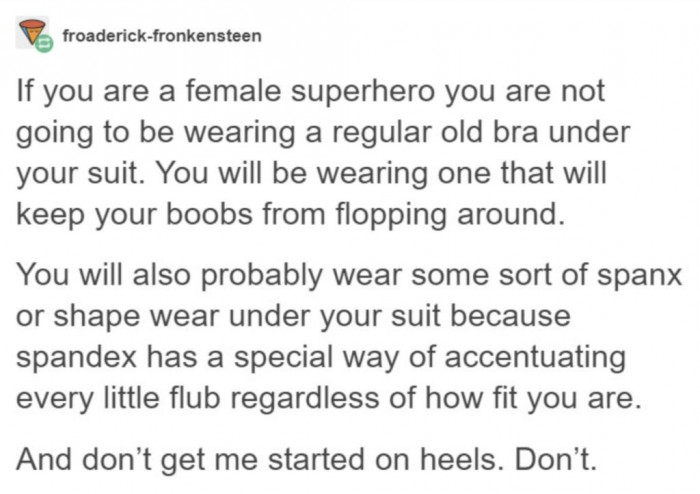