A mother's love cannot be replaced by anything else in the world, which is why getting rejected by your mom intentionally can potentially break your soul and heart. Many parents refuse to keep supporting their children after they turn 18, but it's mostly just the financial aspect of things.

This mother shocked the internet after she asked the Quora community that she no longer wants to be in her daughter's life after she turns 18 and that she wants to know if she should tell her or not. The backlash she received was brutal but helpful nonetheless.

Bored Panda conducted an interview with the president of the nonprofit organization Let Grow, Lenore Skenazy, an operation dedicated to fighting overprotection and promoting the independence of kids, and they spoke about parenting, kids, and the topic of children leaving home:

“A teacher, coach, grandparent, or, of course, parent who thinks you are terrific and ready to wow the world can make all the difference in the world.” 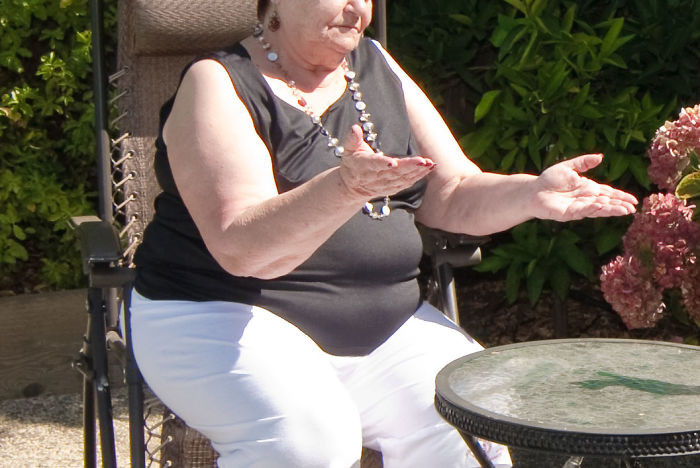 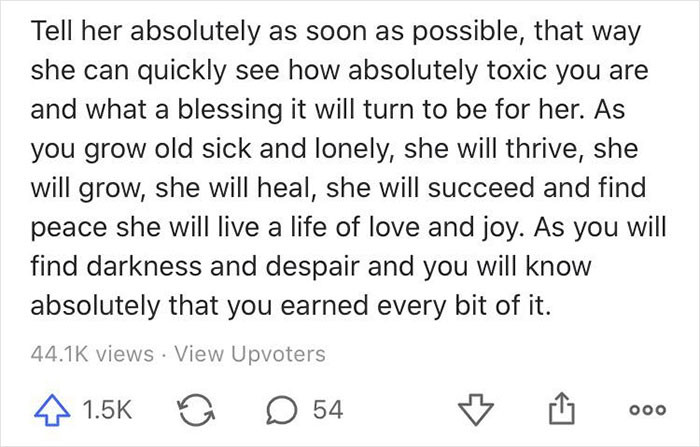 “A parent saying, ‘Leave when you’re 18’ can be that person, voicing incredible confidence that the child can make it (even if the child is less sure). But the ‘Leave!’ could also be weary disdain: ‘Get out already. I’m washing my hands of you. Goodbye and good luck.’ Whether the message this parent is sending is one of trust or disgust will have a lot more impact on that kid than simply being expected to live on their own,” Lenore explained.

“The best way to make sure that a child starting out in the world feels like their parents believe in them—rather than simply being fed up—is for the parent to make it explicit! ‘I have watched you growing up and seen how you work things out when faced with challenges and I believe this next chapter will test you—and you will do great. It may not be easy, because important things rarely are, but you will be happier and stronger for it,’” she gave an example of how things could be done.

She continued: “Also: ‘While it’s time for you to make your way, that doesn’t mean you are leaving my heart. I will always love you and hope we see a lot of each other. This is a new chapter for us both and I wish us both well!'” Now that is a healthy, mature response to a child leaving home and becoming independent.

Here's how people on the internet reacted to the mother's post: 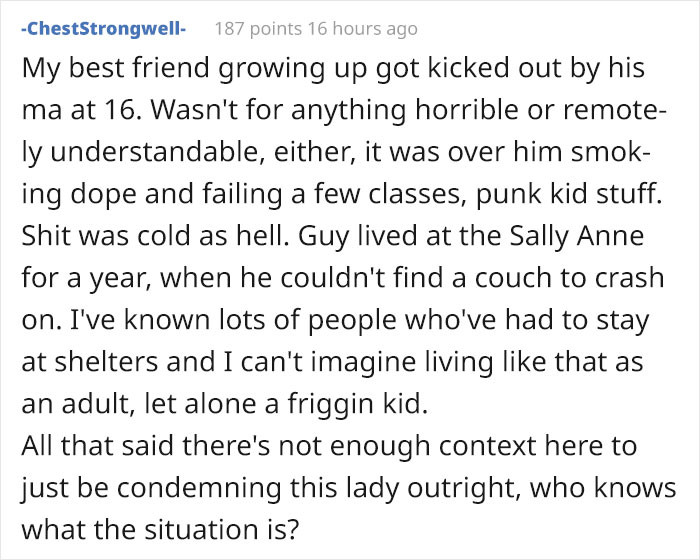