When Robin Seals and Judy Roe spotted a strange-looking animal roaming around behind a pet store in Ocean Springs, Mississippi, they knew the animal needed help. The pair from Wild At Heart Rescue kept returning to try and find the animal, but every time they searched for him he was nowhere to be found.

The mysterious creature was almost naked, and the small amount of fur he had left was severely matted. Robin and Judy knew that time was running out, so they decided to set up a feeding station with a camera.

The pair spent hours watching the camera footage, learning about the animal's habits and movements. But eventually, their dedication paid off, and they were able to get close to him.

"When I threw the net over him, it was the biggest adrenaline rush I think I’d ever had from relief," Judy said. "We were getting desperate because by the time I finally put the net on him, we realized a couple more days and he wouldn’t be here anymore - he was that bad."

The rescuers discovered that the animal was suffering from sarcoptic mange. It was one of the worst cases they had ever seen. 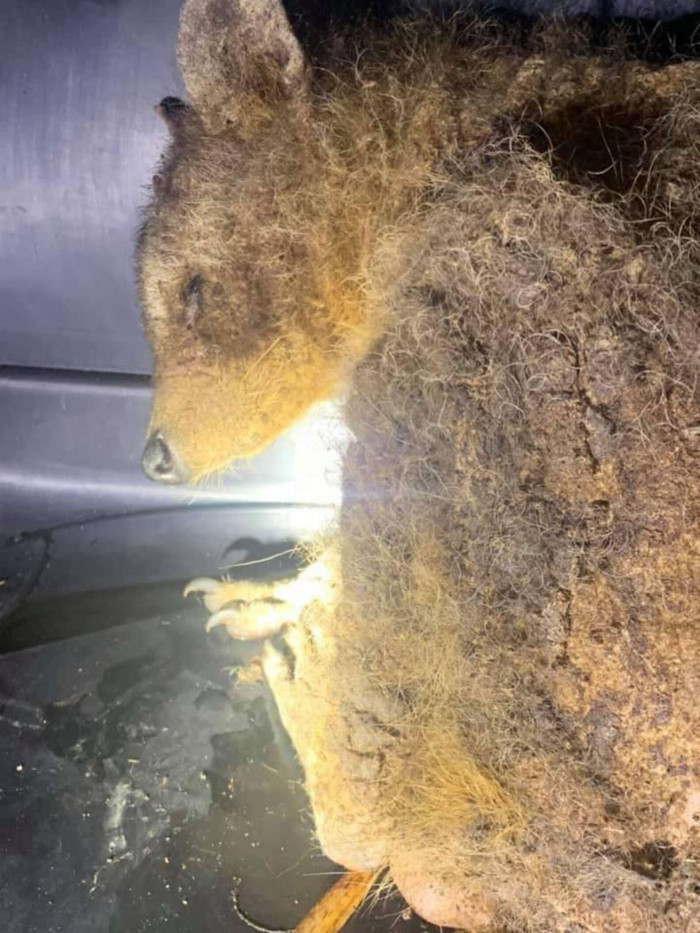 "He was living inside a shell of his own skin," Judy said. "It was probably 2 inches thick across his entire body and hands and feet."

"The will for this animal to live was incredible because I can guarantee 99 percent of people would give up," Judy explained. "He definitely has taught us a lesson in perseverance."

The poor little creature was very itchy and in a lot of pain. But, with Robin and Judy's help, he started to improve and feel better.

"We did the protocol of putting him in warm, soapy water, and just brushed him and tried to get the scales off him," Judy said. "And we realized there was a beautiful little raccoon under there." 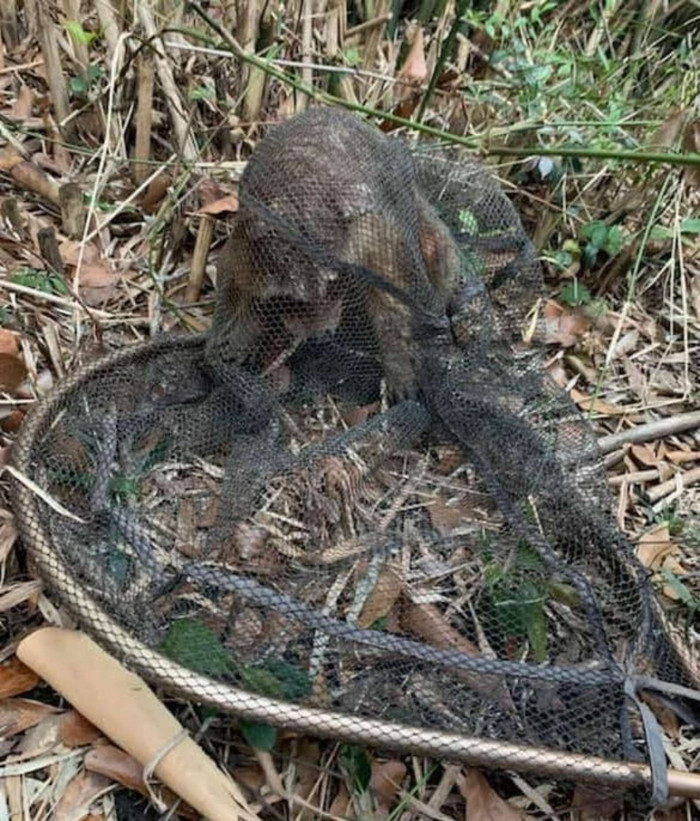 Robin and Judy decided to name the cute raccoon Hobo. 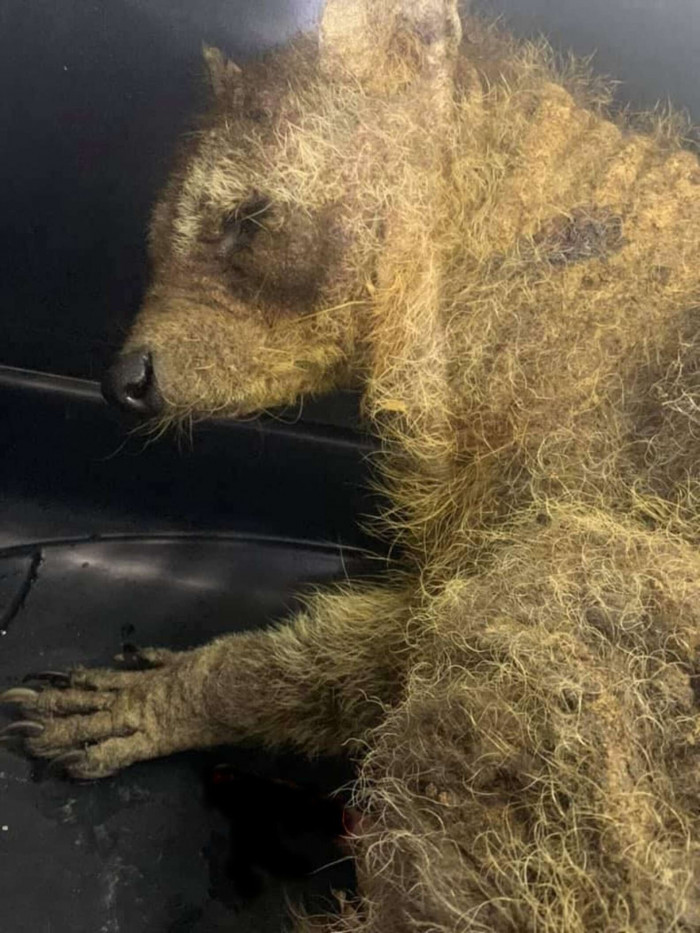 He now lives in a comfortable outdoor enclosure, where he has two swimming pools, a den, a slide, and lots of trees to climb. 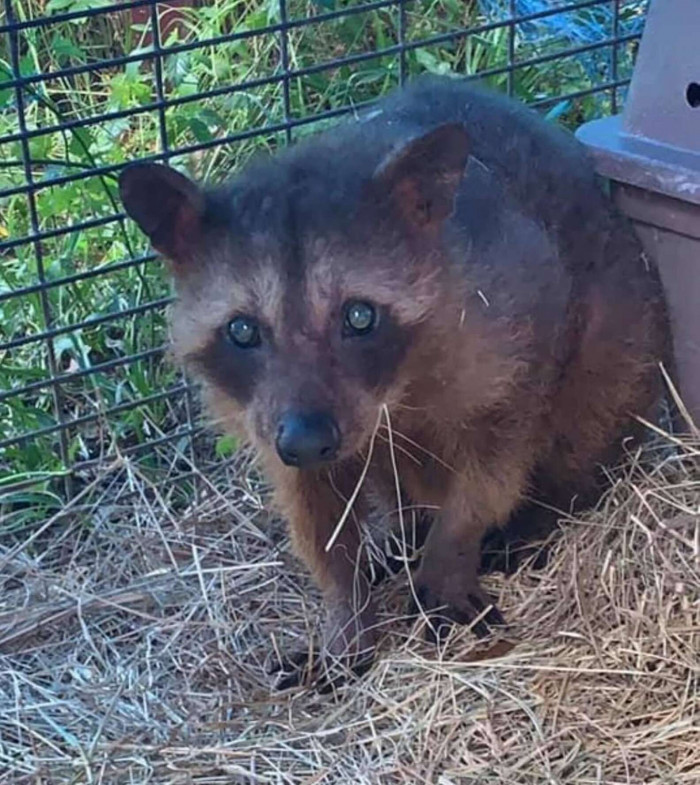 Hobo is getting stronger every day, and his fur is even starting to grow back. He is loving being spoiled and is on his way to making a full recovery. 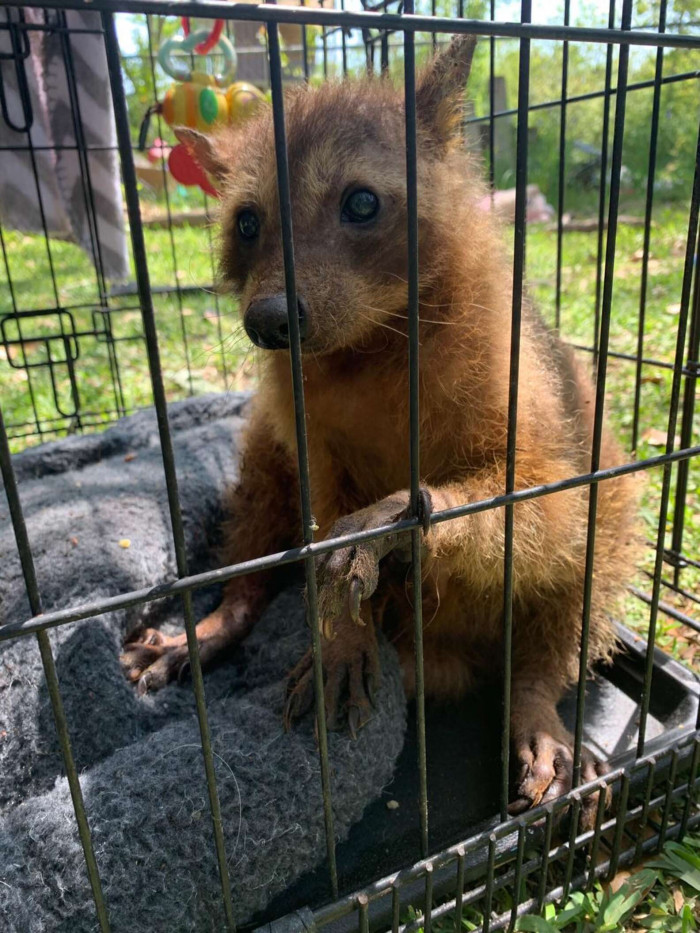 "He’s lived a very long life, but the last year of it has been miserable," Robin said. "Now, everything has changed - he’s a happy boy, he’s content and laid back, he’s amazing, he really is.” 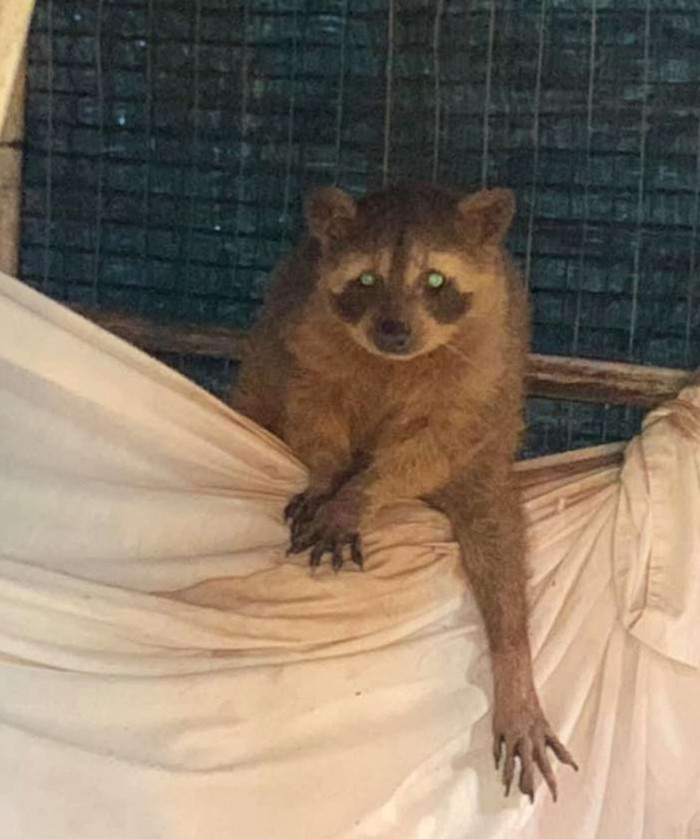