When actress Hollis Jane Andrews came across a job ad for a "magical" nanny, she figured it sounded like a pretty sweet gig. Little did she know that the people who posted the ad were looking to hire Mary Poppins herself!

When Hollis shared the "bonkers list of responsibilities" the couple were expecting from their potential nanny on Twitter, her post went viral. For a measly $13 an hour, the couple was essentially expecting a slave.

Hollis applied for the job not knowing that the couple were Scientologists. Of course, that in itself would not have been an issue, but when Hollis went for the interview, she soon formed a different opinion.

According to the ad, the parents were only interested in spending time with their children when they were smiling and laughing. When being difficult, the children would (of course) be left with the nanny to deal with.

Once the children were asleep, the nanny would be expected to clean the entire family home. That seems, ahem, fair.

"I think they believe that it’s their child that they are raising the way they want to (which I do agree with, to an extent) and all rules should be blindly followed. But some nannies (like myself) have been in the field for many years and can offer valuable insight and advice, which they are rarely willing to take because parenting is so personal," Hollis explained.

"That’s the same reason I believe they often don’t want to offer adequate compensation - it’s personal. They’re (most likely, in my experience) paying you under the table, they’re trying to get a good deal, and they love their child."

"They don’t think that looking after their ‘precious angel’ is a job; it’s a treat. They would love to be home with their child all day, so I think they feel like it’s not a real job," she said.

"It’s something you get to do, and they’re mad they have to pay someone to do it," Hollis continued. "They love their child, they’d do anything for their child."

"There’s a connection there that someone else could never have, and they can’t imagine not having that connection, so they treat it like it’s not a job, it’s a privilege. The ‘you’re so lucky you get to stay home with my baby while I have to go to work’ mindset, when in reality we leave our families to take care of yours; we don’t want to leave our families in the morning for work any more than you do, but it’s our job."

It actually makes a lot of sense when you put it that way! You can read Hollis' story in full below. 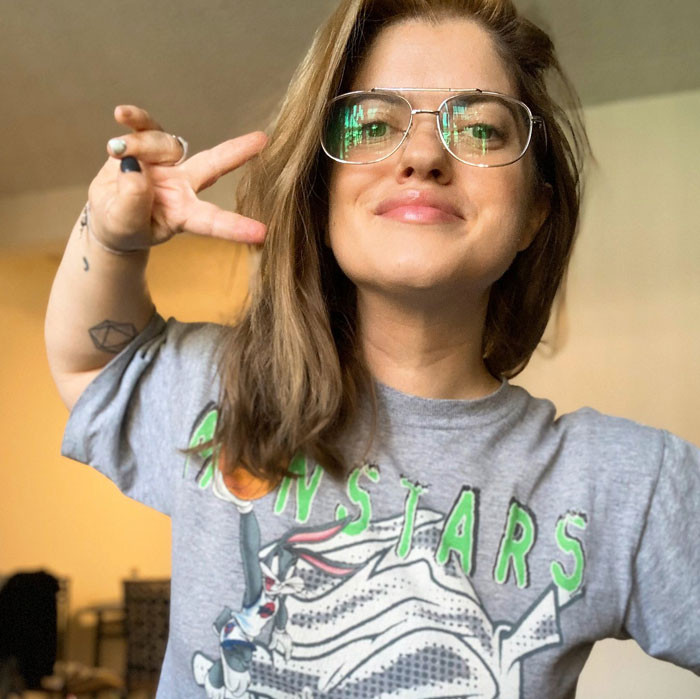 In 2013, Hollis went for a job interview to become a nanny for a Scientologist family.

Here is the "bonkers" job ad. 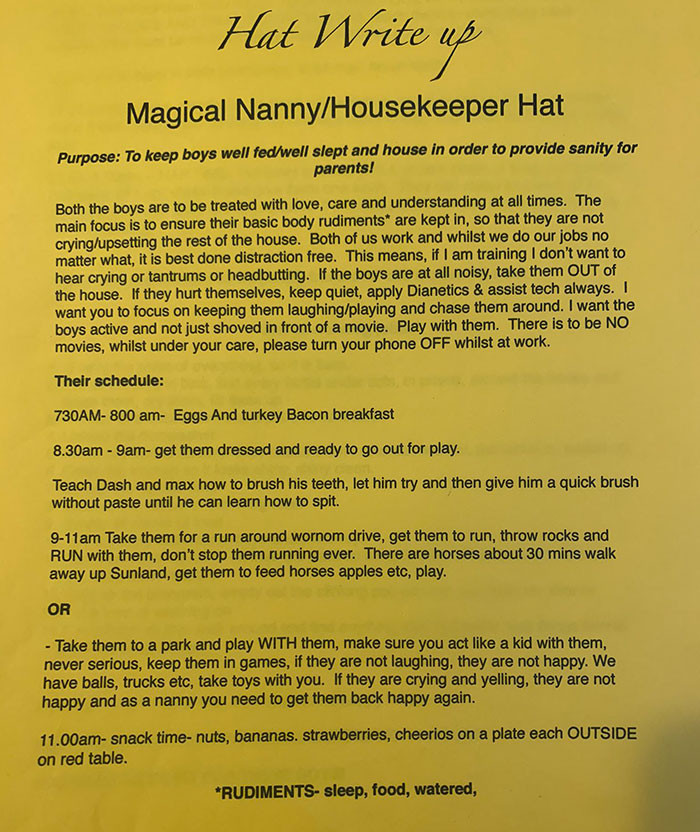 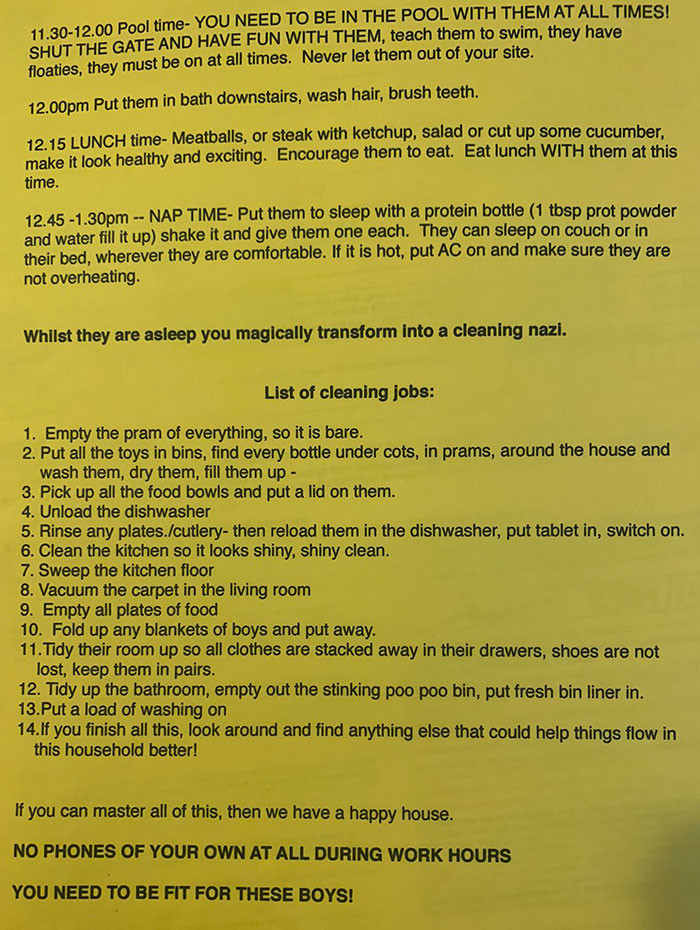 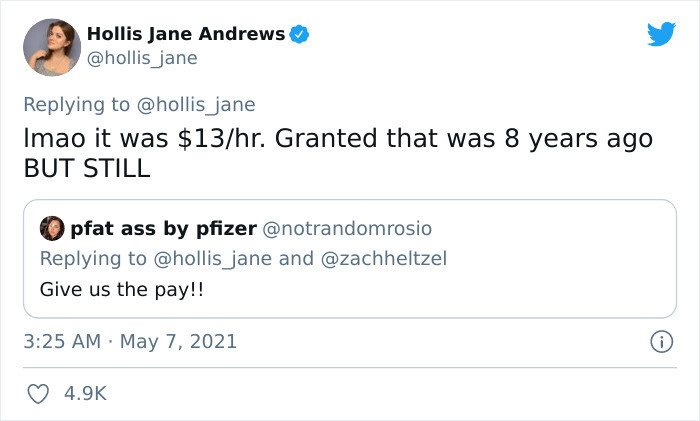 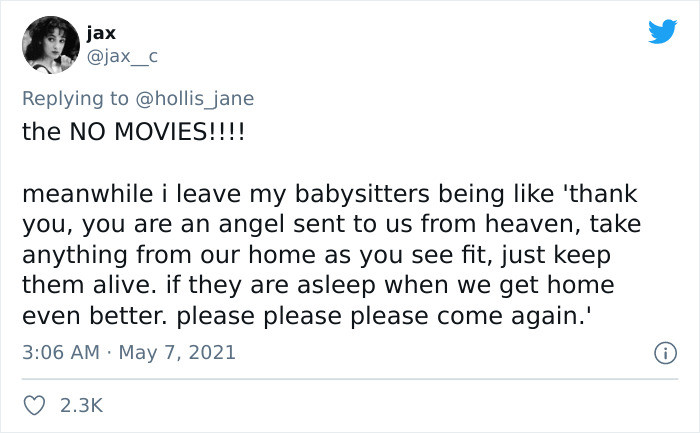 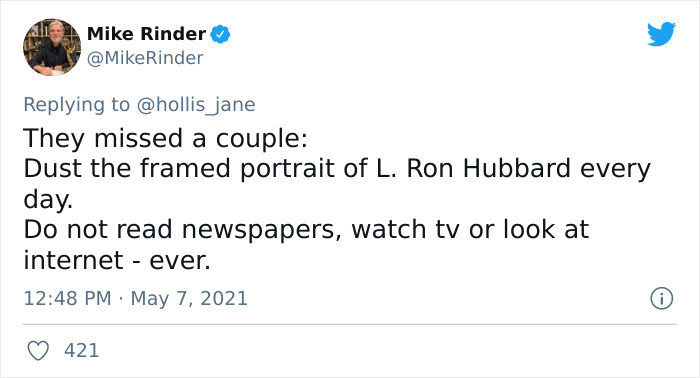 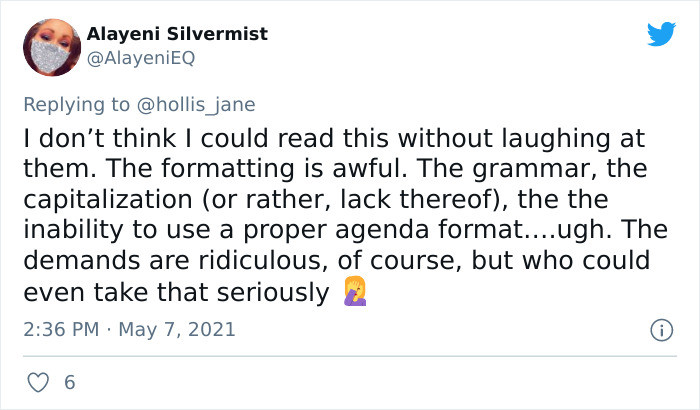